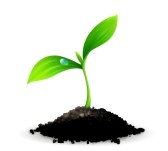 Hot Metal Switch is a cell-free sensor that conditionally expresses lacZ only in the presence of the target metal, either lead or thallium. It is made of two main parts: a cell-free extract, which contains the transcriptional and translational enzymes necessary to produce proteins from DNA or RNA in vitro, and a genetic circuit, which detects the metal and produces a signal. The metal ion detection is based on specific DNAzymes that are cleaved in the presence of their target metal. The released DNA strand activates a toehold switch regulated by the T7 promoter system, which will promote transcription of T3 RNA polymerase. The T3 RNA polymerase will activate the expression of lacZ, which will produce a color change visible to the naked eye. The T3 RNA polymerase will also activate additional expression of itself to amplify the original signal from the DNAzyme cleavage.

The project is largely inspired by "Paper-Based Synthetic Gene Networks" from the Collins group, which details a paper-based sensor made by freeze-drying cell-free extract and the sensor onto paper. The cell-free extract is activated by rehydrating the paper with water. The paper sensor can be stored in a refrigerator. The Collins group added RNA-based sensors to detect mRNA, and in the presence of the target mRNA, the paper sensor produced a fluorescent or colorimetric response in less than an hour. Hot Metal Switch interfaces the sensor module with a genetic reporter to generate a metal-sensing circuit. Thus, it expands the system developed by the Collins lab to detect metals.