The goal of the University of Georgia’s iGEM team is develop tools and methods to further the utility of Archaea in the field of synthetic biology. In 2013, the iGEM team established the ability of Methanococcus Maripaludis to produce the isoprenoid compound, Geraniol, with low yields. Then, in 2014, our team developed a method to quantify protein expression using the fluorescent protein mCherry as a reporter system. The following year we used this reporter system to quantify mCherry expression for single-base pair nucleotide substitutions in M. Maripaludis to create a ribosome binding site library. In a fruitful Interlab collaboration with eight other iGEM teams, we have quantified the mCherry fluorescence for a library of ribosomal binding sites or RBS with single-base pair nucleotide substitutions in Methanococcus maripaludis, a model organism for Archaea. The goal of our Interlab was to evaluate the reliability of our fluorescent measurements, which we then determined to have high reliability. Furthermore, we continued with our Interlab study by this time giving participating teams a standardized protocol to follow with two choices for fluorescence values: flow cytometry and plate reader.

Last year our team was able to successfully characterize thirteen mutants to add to this library. Wanting to complete this library, the students gathered extracts from the remaining mutants. Of those mutants, one came back positive for the mCherry gene. Fluorescence data and sequencing was done on the mCherry extracts of this mutants. As a continuation of last year’s project, this year the University of Georgia’s iGEM team added another single base pair mutant to the RBS library (See Figure 6 in results section). 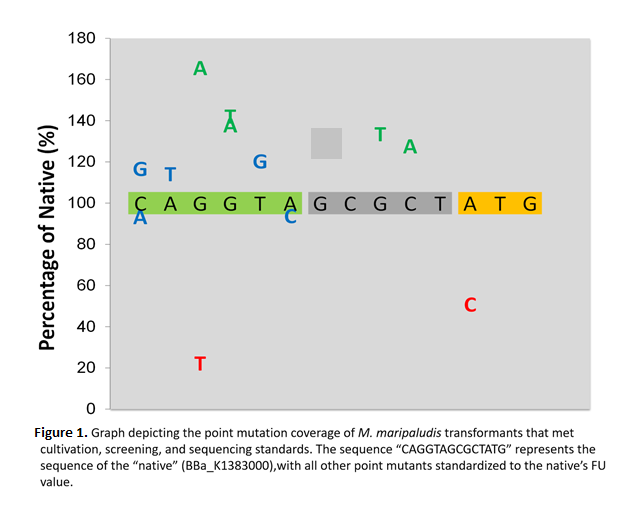 We have systematically altered base pairs within this region in our mutants with the aim of determining the optimal length of the region through our fluorescence measurements. In order to make this model more encompassing, we decided to include a few mutations including the AT background in addition to the TA background. Presumably, the strength of mCherry fluorescence would change when varying the length of the spacer region.

The mRNA secondary structure mutations include alterations of the sequences to produce mutations with 2 ribosome binding sites adjacent to each other and mutants in which the genetic sequences of the target regions were altered to contain both an RBS and a sequence complementary to RBS within the stem and loop portion of the mRNA. These were constructed using the Vienna RNA Package 2 Model. 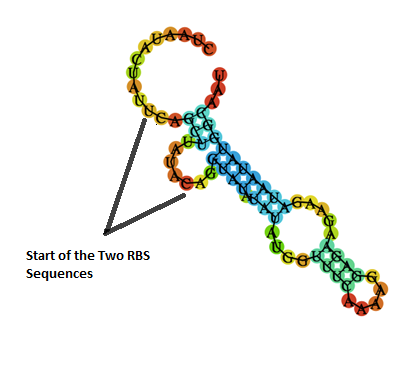 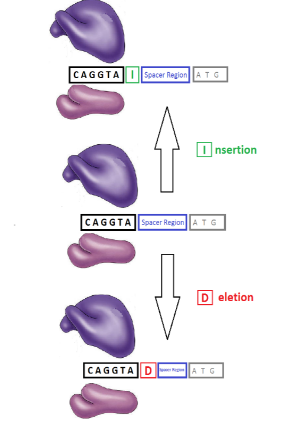 The goal was to optimize the lysing process of the cell. In the past, after harvesting our methanococcus cells, we would re-suspend the cell pellets in a lysing buffer known as PIPES followed by sonication. However, there are better and easier methods to lyse the cell since performing sonication is more prone to human error. To do so, four different lysis treatments were experimented on 3 different cultures. The cultures, L1C12, L1C18 and L2C16, were chosen. The lysis treatments included re-suspension in PIPES solution (1), Triton added to PIPES solution (2), Sodium Dodecyl Sulfate (SDS) added to PIPES solution (3), and PIPES solution and sonication (4). The cell extracts were exposed to oxygen to prepare to measure the fluorescence of mCherry using a plate reader. For each treatment (PIPES, SDS + PIPES, Triton + PIPES and PIPES + sonication), an aliquot was treated with 5% formaldehyde. The fluorescence readings of these cell extracts were compared to the cell extracts that were not treated with formaldehyde. The same procedure was repeated for the wild type culture as our negative control. 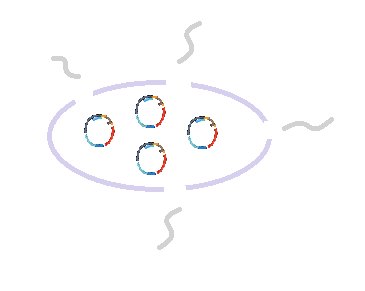 The culture, L2C16, was used to perform all the treatments. The cells were first centrifuged and re- suspended in PIPES, a lysing buffer. 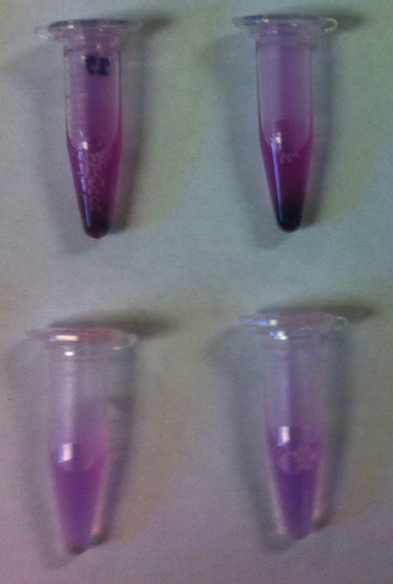