The 2016 UNSW iGEM team hopes to introduce customisable outer membrane vesicles (OMVs) as a platform technology for the application of future iGEM projects. To achieve this, we investigated the effect of various genetic alterations on the ability of E. coli to overproduce OMVs. In this hypervesiculating strain we then directed fluorescent proteins to the periplasm for uptake within OMVs, or anchored them to the outer membrane for decoration of OMVs. We hope this will serve as proof of concept for the potential for OMVs to be tailored for various functions in future projects.

Currently, synthetic biologists engineer live bacterial cells to perform new or useful functions. However, these bacteria are limited to use in the laboratory as their release poses severe biosafety risks since they may persist in the environment long after their function is required.

In comparison, OMVs are lipid bubbles, produced by bacteria when a bulge of their outer membrane pinches off and detaches from the cell surface. As the vesicle forms, it can encapsulate some of the proteins directly underlying the outer membrane in the periplasm. Thus, OMVs can potentially be easily customised for various functions by targeting cellular proteins to the periplasm or outer membrane [1]. OMVs are non-living and non-replicating, and therefore following potential release they will eventually degrade with no long-term effect on the natural ecosystem.

Research has been slow to explore the potential uses of OMVs, while their capability to be customised makes them an excellent prospective platform technology for synthetic biology. They could potentially be the medium through which synthetic biology projects can be applied in the real world, overcoming the biosafety problems posed by the classical use of live bacteria.

For our project, we first implemented various genetic alterations in E. coli that we believed would result in overproduction of OMVs. The final stains we thus obtained are shown in the table below:

TolR (periplasmic domain) or g3p (N-terminal domain) were expressed in a T7 promoter-driven vector (pET or pRSF Duet, respectively). These knock-in mutations were selected for our strain library as they have both been demonstrated to destabilise the outer membrane of numerous gram negative strains and induce increased production of OMVs.

Attachment protein g3p has been shown to interact with TolA, a protein which confers outer membrane stability. Interaction between TolA and g3p destabilises the outer membrane, promoting OMV production. Interaction is mediated by both the N1 and N2 domains of g3p [2]. To date, however, only N1 has been assessed for its OMV-inducing capacity; thus, this is the terminus we also worked with.

TolR, meanwhile is part of the Tol-Pal complex which tethers the outer membrane to the cytoplasmic membrane (Figure 1). Overexpression of tolR has been linked to loss of outer membrane integrity, and increased OMV production [3].

Knock-out mutations of degP have also been linked to hypervesiculation. DegP is an envelope stress-inducible periplasmic chaperone-protease, and previous studies have shown that ΔdegP mutants produce higher levels of OMVs [6].

We also hoped to produce the knock-out mutations of tolA and degP ourselves using CRISPR-Cas9 technology, however, due to setbacks and time limitations this was not possible for our team. Instead, the ΔtolA and ΔdegP E. coli strains were obtained from the Yale CSGC (Coli Genetic Stock Centre). Strains possessing both a knock-in and knock-out mutations were also created, in order to test the cumulative effects of these mutations.

The relative effect of these various mutations E. coli have not yet been established prior to our project. Thus, each of our E. coli genetic variants were assessed on ability to hypervesiculate, taking into account both size and amount of OMVs produced. To achieve these analyses, we harvested OMVs from our cell cultures utilised NanoSight technology.

In addition to our analysis of candidate hypervesiculating strains, another aspect of our project was the directing of fluorescent proteins (GFP or RFP) to the periplasmic space or the outer membrane. We aimed to localise RFP to the periplasm through the attachment of a Sec-signal tag from the pelB leader sequence. This should export RFP to the periplasm via the Sec pathway [7]. Meanwhile, GFP was fused to the C-terminus of the Ice Nucleation Protein, N- and C- termi (INPNC). This is a well characterised outer membrane anchor, and thus fusion of GFP to this protein should result in outer membrane localisation.

We hope the results of this project will serve future teams well, enabling them to utilise OMVs as a platform technology for the application of synthetic biology projects.

Given that OMVs are nanoscale, on the order of 10-20nm in diameter, we needed two really sensitive machines to see them.

The Zeiss LSM 880 is a state-of-the-art, high-resolution microscope of the confocal variety. We chose to use it as it possesses a few properties that are key to best imaging our project. For starters, it can take fluorescent images, and detect signals from GFP and RFP. More importantly, though, the images it takes are slices. This means, for example, instead of looking at the top of a cell, it can look inside and see its cross-section. This is critical for one of our aims, which was to see fluorescence localised in either the periplasm or bound to the membrane, as that can only be distinguished from cytoplasmic fluorescence via a cross-sectional view. Further, its ability to take videos of live cells was tempting, but ultimately passed aside. The only downside was perhaps its inability to reach the resolution required to see most OMVs, which often have diameters of 10-20nm. We would like to thank the staff at UNSW’s Biomedical Imaging Facility for training us in the use of this expensive instrument, and equipping us with the skillsets to use it independently.

The NanoSight LM20 was used to quantify and characterise samples of OMVs we harvested from E. coli. The LM20 uses a laser light source to illuminate nano-scale particles. Particles appear individually as point-scatterers, moving under Brownian motion which is recorded as a video which can be analysed by the provided software (Nanoparticle Tracking Analysis (NTA) Version 2.3). This software allows the user to automatically track and size nanoparticles on an individual basis. The results can be displayed as frequency size distribution graphs and output to a spreadsheet file format. It is, however, worth noting that this procedure overestimates the size of particles, and so any measurements of OMV size we show on our Wiki are larger than the true size. We would like to thank EnGeneIc Pty Ltd for their expertise in the use of the LM20, and for the assistance of their staff in running our samples on the machine.

Previously, Paris 2009 had submitted a domain of the E. coli protein TolR to the registry as BBa_K257005. We intended to use this part, only to find that it lack a start codon, as well as a second stop codon (a common feature to better terminate translation). The big issue, then, is that for this part to be expressed it needs an external start codon, which is often fine if being cloned into an expression vector. However, commonly 3A assembly does not add a start codon, as coding parts tend to begin with an ATG. To thus make this part more usable in 3A assembly, we submitted a new construct to the registry (BBa_K2022002) with the above conditions, and went so far as to characterise it and confirm its role in the cell! All the above is also documented on Paris 2009’s part page. 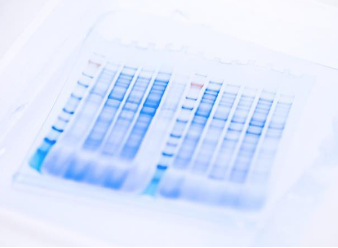 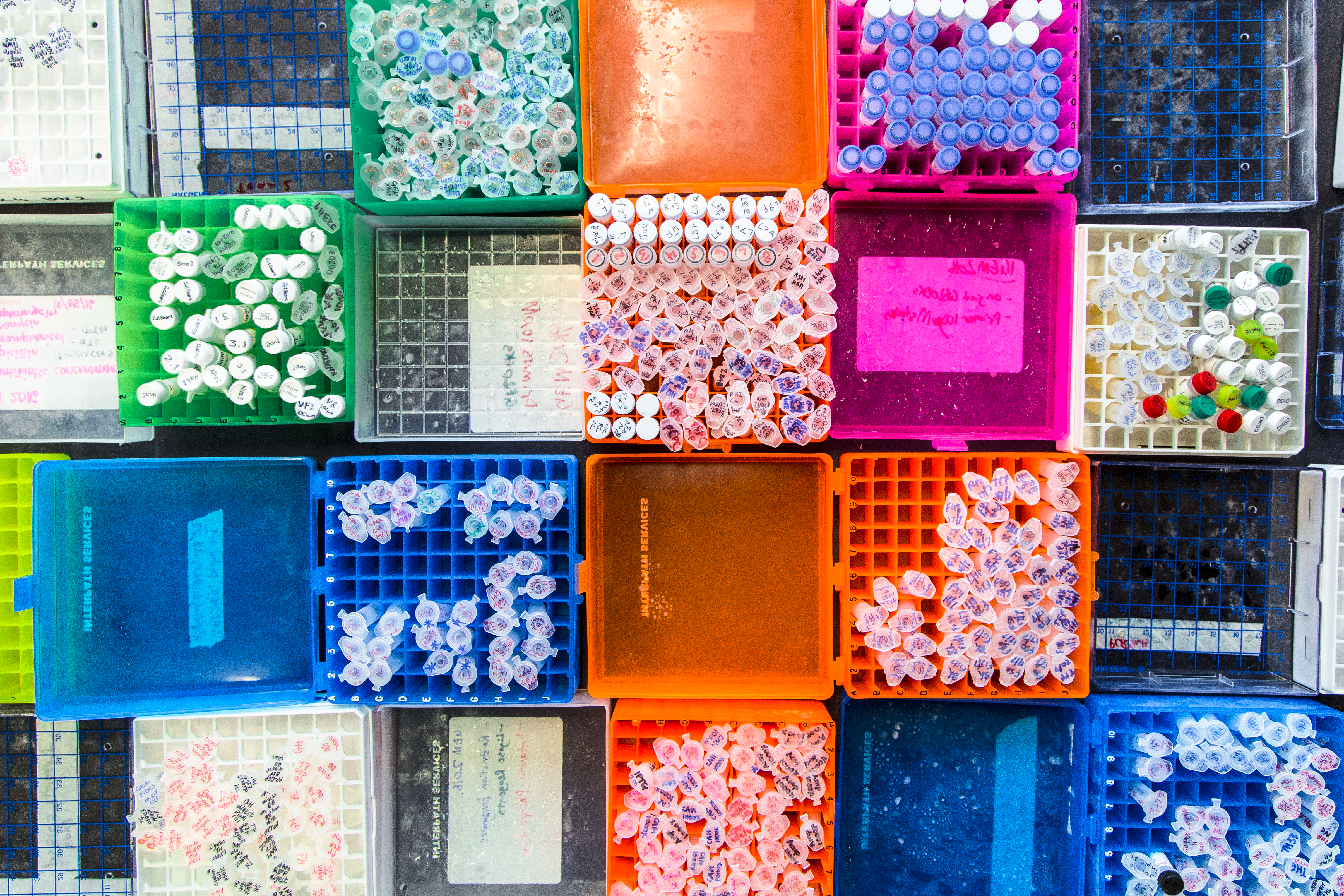 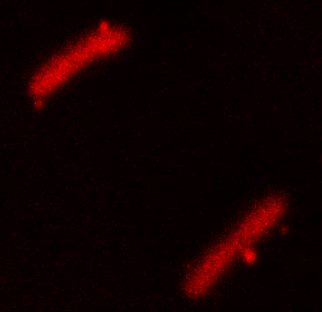 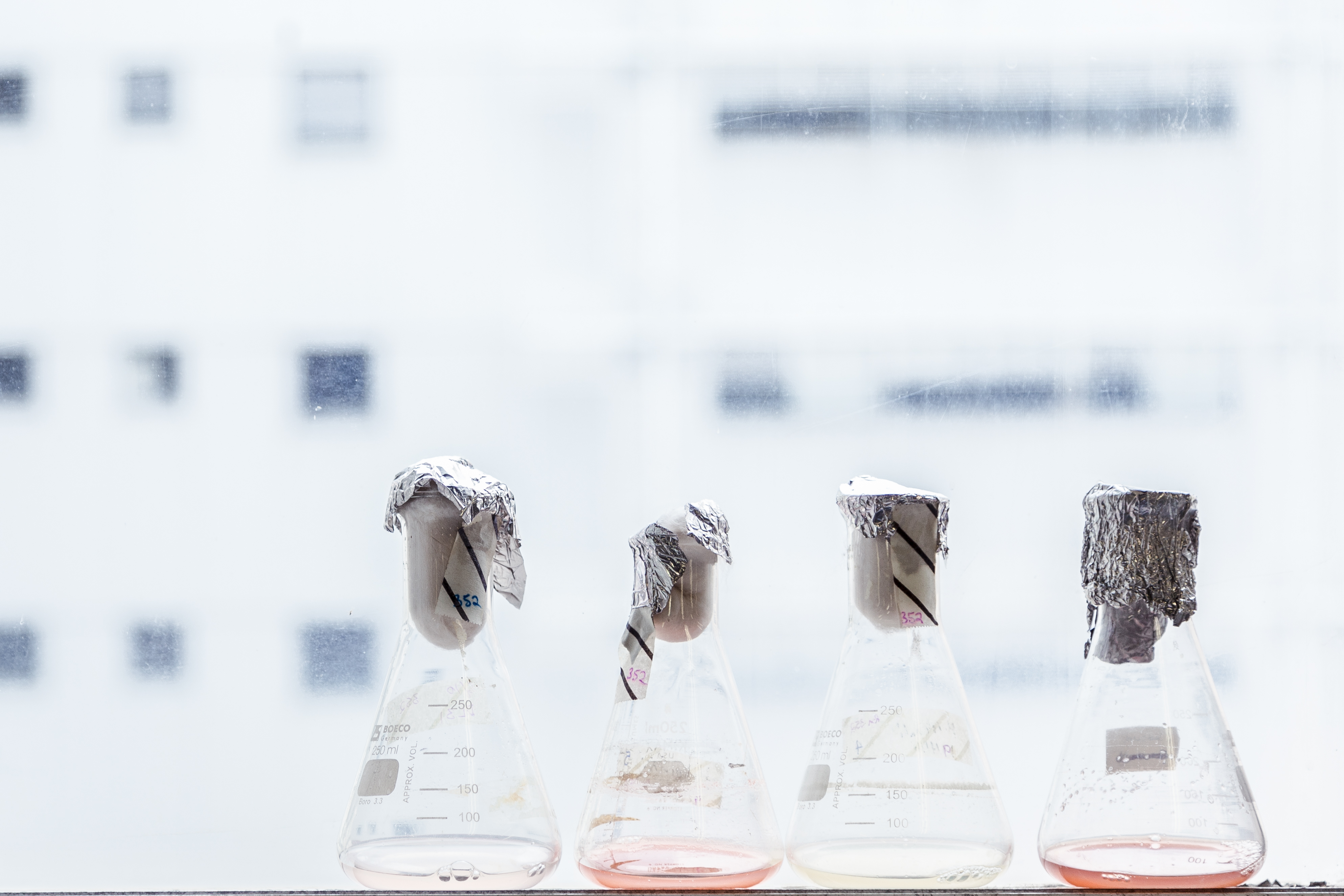