See through the appearance to perceive the essence

Bacteria are the main pathogens of human communicable disease during the past years. In 14th century, The Black Death caused by Yersinia pestis led to over 75 million people's death in the world, and Cholera caused by Vibrio cholera has became global pandemic for eight times. In 1907, Typhoid bacillus was found to be the arch-criminal of Typhoid Mary event. However, the time table was turned by the discovery of penicillin in 1928. And new category of antibiotics have been discovered rapidly during the following years. Antibiotic therapy has saved countless lives.

However, as the abuse of antibiotics, in 21th century, a spreading of drug resistance appears. When the antibiotics kill pathogenic bacteria, some of them mutate and develop the "drug-resistance". Drug-resistant bacteria flourish in the absence of diminished competition, and the resistance can be transferred among the bacteria, which made their infections considerable mortality and morbidity [1]. Furthermore, the prevalence of the infections is still increasing by resistance spreading and abused antibiotics. It is predicted that 10 million people will be killed for the drug-resistant pathogen infections each year by 2050 [2]. Multidrug-resistant (MDR) pathogens has been identified as one of the top three threats to human health by the World Health Organization (WHO) [3].

Bacteria develop clinically significant resistance in a period of just months to years. The new antimicrobials or modifications of current arsenal may not address the trends in resistance effectively [3]. Combination therapies for the treatment are needed urgently [1].

This time, we choose Enterohemorrhagic Esceriachia coli O157:H7 (EHEC O157) as our target bacterium to kill. Escherichia coli is a Gram-negative bacterium. Most of the E.coli is harmless. But some strains have evolved into pathogenic E.coli by acquiring virulence factors through plasmids, transposons, bacteriophages ,and /or pathogenicity islands. One of them is E.coli O157:H7. Now E.coli O157:H7 is a major foodborne pathogen causing severe disease in humans world wide. Human infection caused by E.coli O157:H7 can show a broad clinical spectrum ranging from asymptomatic case to death. Most cases initiate with non-bloody diarrhea and self-resolve without further complication.[4] What's worse, some of E.coli O157:H7 have got antibiotic resistance, they can resist penicillins, tetracyclines, sulfonamides, quinolones and macrolide antibiotics.

The following table shows the resistance phenotype and incidence of integrons and resistance genes in E.coli 0157:H7. Class 1 integron has 6 types, and acc(3)-Id gene is one of them. Acc(3)-Id gene confers resistance to gentamicin, sismicin, and fortimicin. We choose this gene as our target gene to silence.[5] 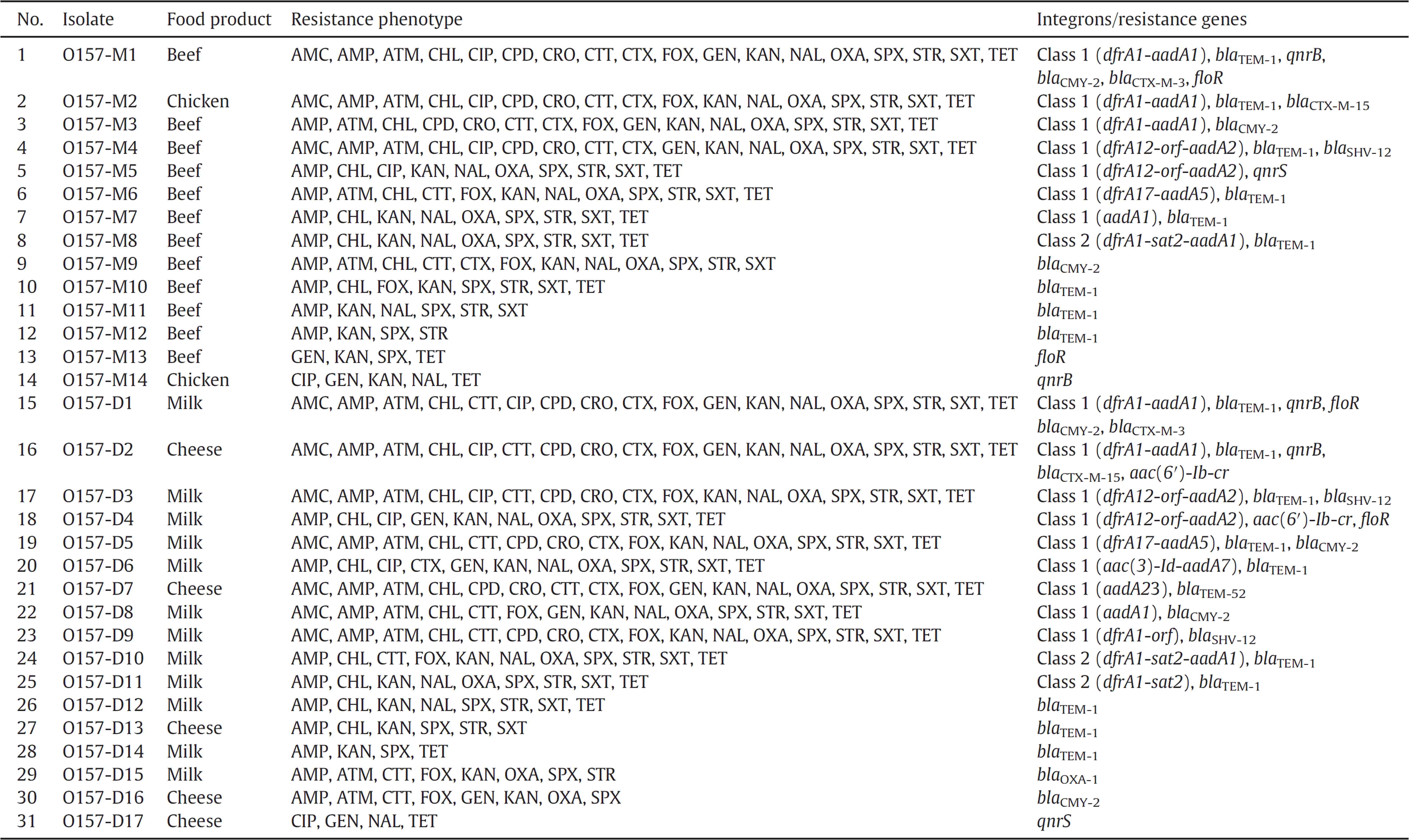 Figure 1. Resistance phenotype and incidence of integrons and resistance genes in STEC E.coli O157:H7 isolated from meat and dairy products.

Our team supposed to construct programmable bacteria for combating specific pathogens. Following the theory of "input to render-loop to output", we designed one gene circuit model. The circuit model can be divided into four parts: sensor, responder, toggle switch and lysis. We performed it by constructing a gene circuit which can detect the gram-negative bacteria's signaling molecules AHL and release M13 containing sRNA cassettes to silence the target bacterium-- Enterohemorrhagic Esceriachia coli(EHEC O157). Also, We built one circuit for the model examination, by which the engineered bacterium release the M13 phages. Multiple functional components of each model lead varies functions of the whole circuit when the three parts assembled.

As we all know, formaldehyde is a common chemical material, which does really promote the development of chemical industry. But because of its widespread use, toxicity, and volatility, formaldehyde poses a significant danger to human health. In the project of WHU-2014, they made attempt to deal with formaldehyde air pollution, while ended with a failure. This year we conducted a new system on the basis of Wuhan University's effort, redesigned and improved their project with our methods.