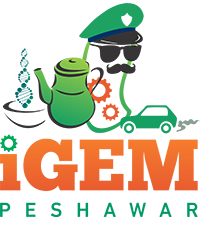 Air pollution is a major global problem, a significant amount of which is caused by vehicular emissions. This problem is particularly prevalent in developing countries, where regulations regarding vehicle emissions are either not present, or if present, not properly implemented.

Carbon monoxide and oxides of nitrogen are two dangerous constituents of exhaust fumes. Our aim is to produce a portable, quick, and easy–to–use biosensor for environmental law enforcement agencies, and even consumers, that can detect for levels of carbon monoxide and oxides of nitrogen in vehicle exhausts and express corresponding chromoproteins as a result.

Scope of the problem

The continuous deterioration of air quality, especially in urban areas, is a matter of global concern. It causes respiratory illnesses which severely affect the quality of life. Air pollution results in an estimated 5.5 million premature deaths every year, worldwide. The number of deaths caused by air pollution is greater than those caused malnutrition, obesity, alcohol and drug abuse. More than 80% of the global urban population is exposed to air that does not meet the WHO air quality standards. The situation is worse for developing countries where air quality levels of 98% of cities exceed WHO limits.

A World Bank report released in 2014 states that the consequences of air pollution suffered by Pakistan are the highest in South Asia; air pollution is responsible for more deaths than other high–profile causes of mortality in this country. With more than 10.6 million vehicles on the road, Pakistani cities of Karachi, Peshawar, and Rawalpindi are among the 20 most polluted cities in the world. According to WHO statistics cited by the World Economic Forum, Karachi is at number 5. The total number of motor vehicles in Karachi is a staggering 1.82 million, with 16,000 new ones hitting the road every month.

Although laws and regulations regarding vehicle emissions exist, the World Bank's Cleaning Pakistan's Air report points out implementation as a major problem. Environmental regulatory authorities fail to regulate and keep vehicle emissions in check mainly because of the weak implementation of enforcement mechanisms. Having identified this gap, we set out to develop a device that can facilitate the implementation, and make measurement of pollutants easier, cheaper, and more accessible.

Carbon monoxide is a partially oxidized product of combustion reaction. It is formed when the hydrocarbon fuel is not completely oxidized to carbon dioxide. Carbon monoxide is an odorless, colorless, tasteless and highly poisonous gas. It competes with oxygen and combines with hemoglobin to form carboxyhemoglobin which renders it ineffective for oxygen delivery to tissues.

Nitrogen and oxygen react under high temperature and pressure in an engine to form several oxides of nitrogen collectively termed as $\textrm{NO}_x$. They are precursors in the formation of ground–level ozone which can exacerbate symptoms in respiratory patients. Oxides of nitrogen cause airway irritation and weaken the body's defenses against respiratory infections, such as pneumonia and influenza. They have been linked to the deaths of 23500 patients in UK each year.

The methods used for measuring gaseous concentration are Non-Dispersive Infrared (NDIR) and Gas Chromatography (GC) for carbon monoxide, and Gas Phase Chemiluminescence for nitrogen oxides. All these methods are complex, expensive, and not portable. Our biosensor, on the other hand, will be cheap, easy–to–use, and highly portable.

The project centers around a biosensor with two detection systems: one system for the detection of CO, and the other for detection of oxides of nitrogen, particularly, NO and NO$_2$.

The detection system for oxides of nitrogen consists of a repressor NsrR, which can be repressed by the inducers NO and NO$_2$, two promoters PyeaR and pNirK, which senses the presence of nitric oxides and expresses GFP and a double terminator. Oxides of nitrogen bind to the NsrR repressor which, depending on the concentration of nitrogen oxides, activates either the YeaR promoter, or both the Year promoter and Nirk promoter. This activation of promoters results in the expression of their respective chromoproteins. The change in color caused by the chromoproteins indicate the presence of oxides of nitrogen

The second system that works for the detection of CO, consists of an activator CooA, which is normally present in an inactive form in the system and requires the presence of two molecules of CO in order to get activated. The system also comprises of two promoters including pCooF and pCooM that are sensitive to the presence of CO. pCooF is a strong promoter and requires the attachment of two molecules of CO, while pCooM is a weak promoter where the attachment of eight molecules of CO is necessary in order to express the GFP. The promoters are followed by the double terminator. When CO is present in the system, two molecules of CO will bind to the inactive activator, thus making it active. The activated (CooA)2CO complex will now bind to the promoters, the activated promoter will lead to the production of GFP, that has the tendency to indicate that CO is present in the system.

The system is composed of a collaboration of six different devices in an E. coli K12 Strain. The devices includes: