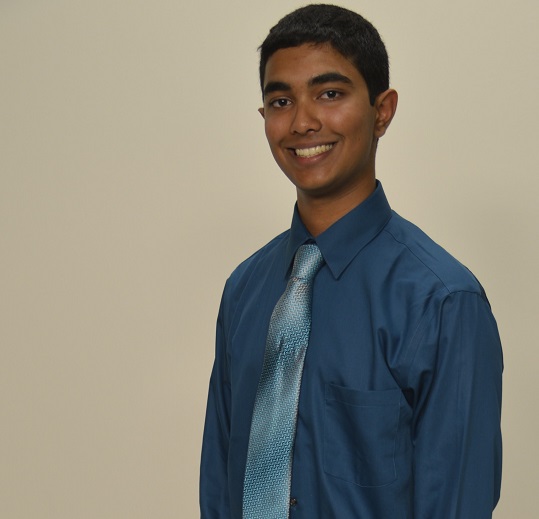 Nithin Saripalli is a high school senior who is passionate in science and technology. This is his second year competing in iGEM and looks forward to the new experiences he will gain this year. In addition to iGEM, Nithin is a passionate member of the FRC 2410 robotics team, the CAPS cyberpatriot team, the Emerald Regiment Marching Band, and the Olathe Youth Symphony. He currently has limited his career to somewhere within biology and technology with an emphasis on artificial intelligence. Nithin’s favorite hobby is to go outside and photograph and film nature. 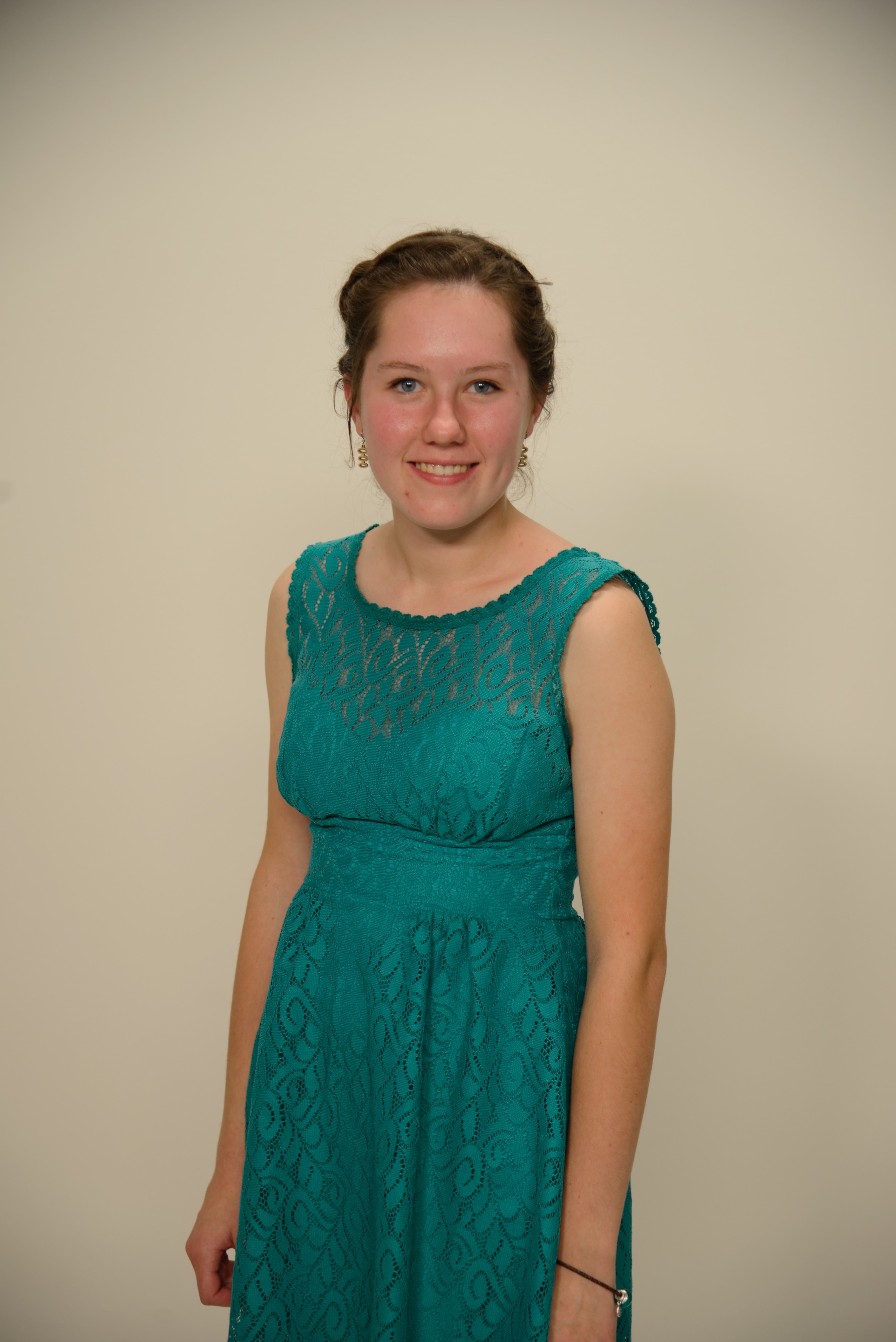 Hanna Bradford is a junior, and has known she’s wanted to be a molecular biologist since seventh grade. She has played on the Blue Valley varsity lacrosse team for three years, and enjoys competitive sports. Hanna is also very involved with her church, and sings in the youth choir. By balancing her job at a local smoothie store with her social life, Hanna always finds time to hang r1out with her friends who mean the world to her, and encourage her to be the best possible person. A weird thing about Hanna is that her favorite band is the Arctic Monkeys and her first and middle name have the same meaning. 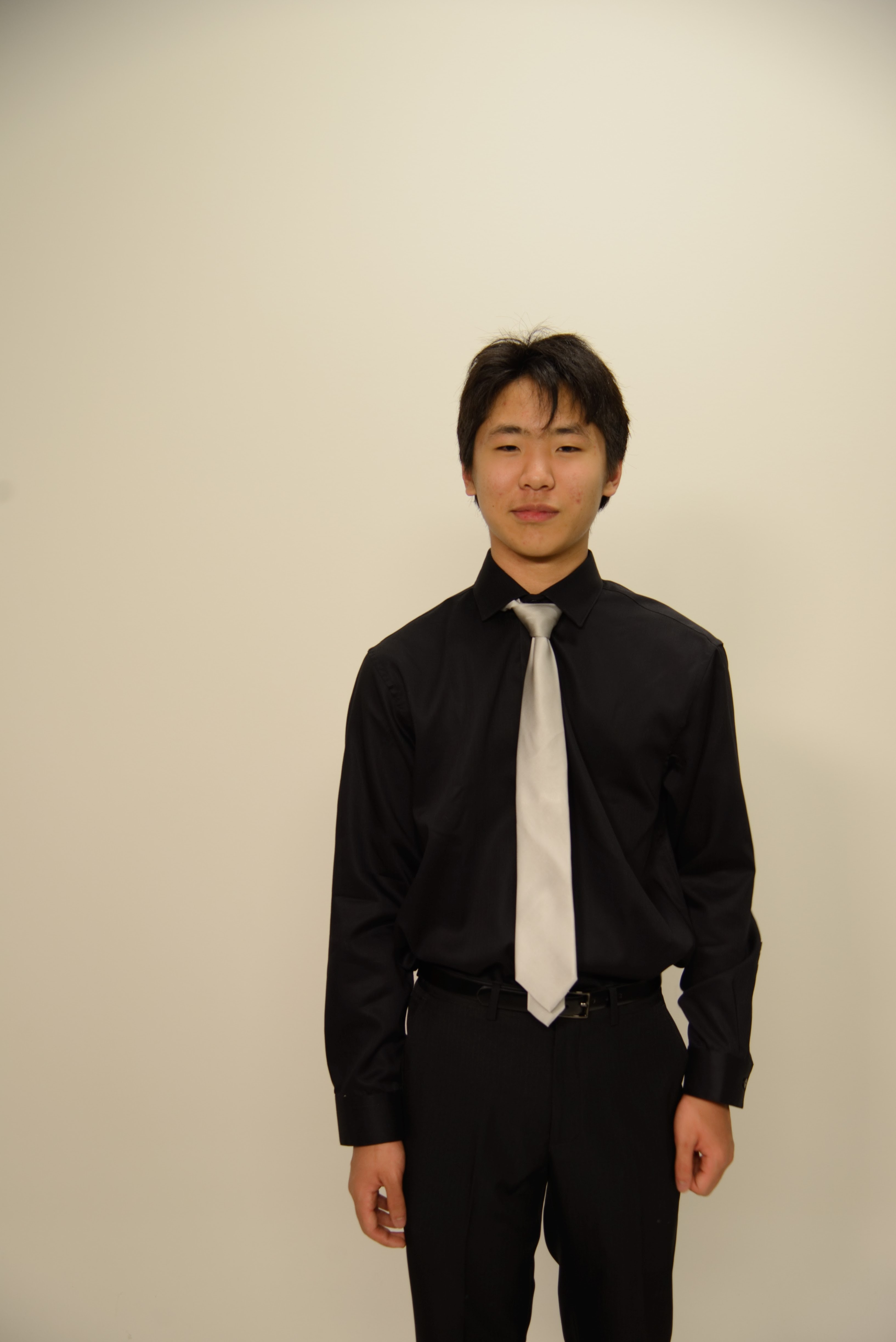 Joshua Jeng is a 15 year old high school sophomore who is interested in the fields of science, engineering, and technology. He hopes to pursue a career involving some combination of the three. He is also involved in the school chess club, which finished 12th at the 2016 United States Chess Federation National High School Scholastic Tournament. Joshua has also travelled to many countries around the world, including Singapore, Australia, and Vietnam. 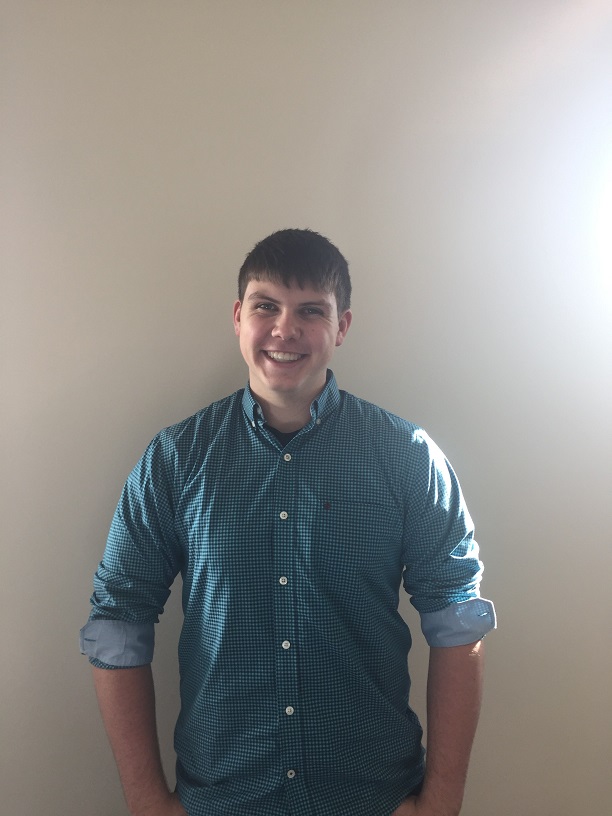 Keith Andrews is a determined, hard-working,motivated student who is a senior that attends Blue Valley Southwest. A passionate student, Keith Andrews is an Eagle Scout with 4 Palms. He loves the ever growing field of biology, and has spent several months studying Anatomy and Physiology and volunteered at a local Hospital. Keith wants to work with the CAPS iGEM team to create a way to help people live longer, healthier, and fuller lives. 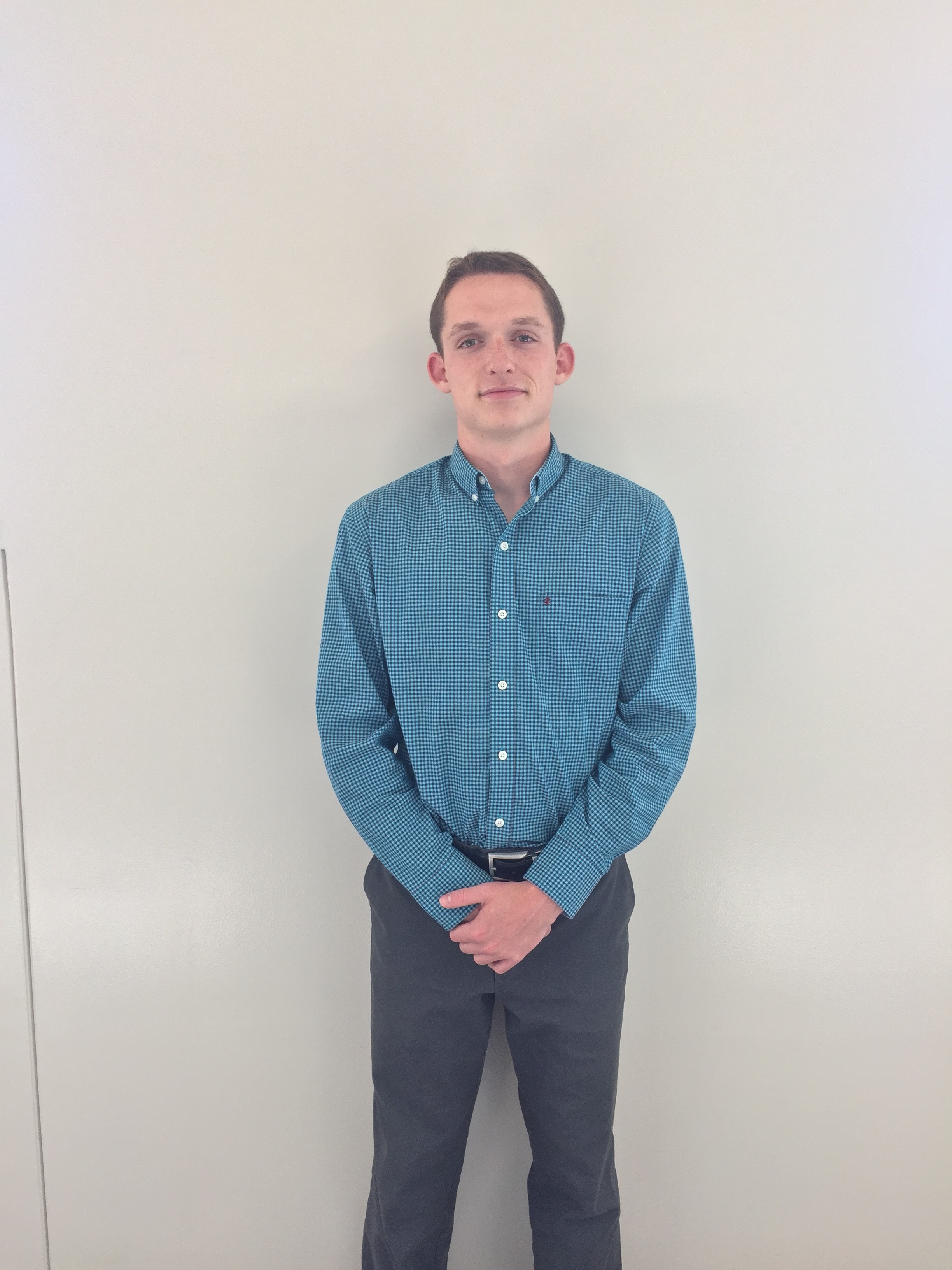 Hayden Dahm is a fun-loving and easygoing guy who has a passion for science and medicine. He is currently pursuing a career in health sciences and is working on making up his mind… Hayden loves leading his trumpet section at Blue Valley Southwest as well as playing varsity baseball and ultimate frisbee. Hayden is also a part of NHS, ensemble club, band bible study, and has been involved with peer tutoring, middle school ambassadors, and mentoring. Outside of school Hayden likes to spend hids free time playing numerous sports as well as hanging out around the lake. 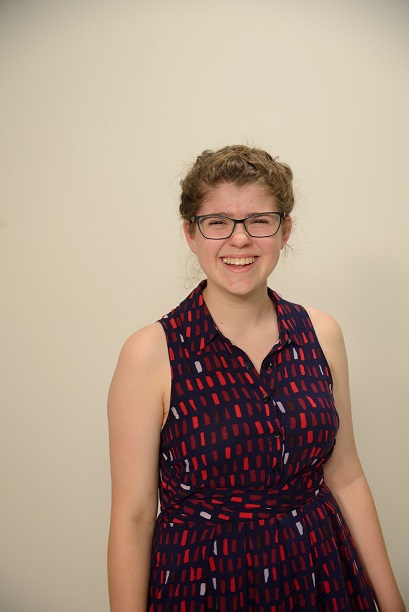 Grace Brunner is a senior, currently interested in Biology. In addition to science, grace is involved in theater; she recently was seen in Ernest and the Pale Moon and Big the Musical. She has been involved in dance for 6 years, her favorite of which is Tap dancing. However, Grace's true passion and talent is useless trivia in a competitive setting. 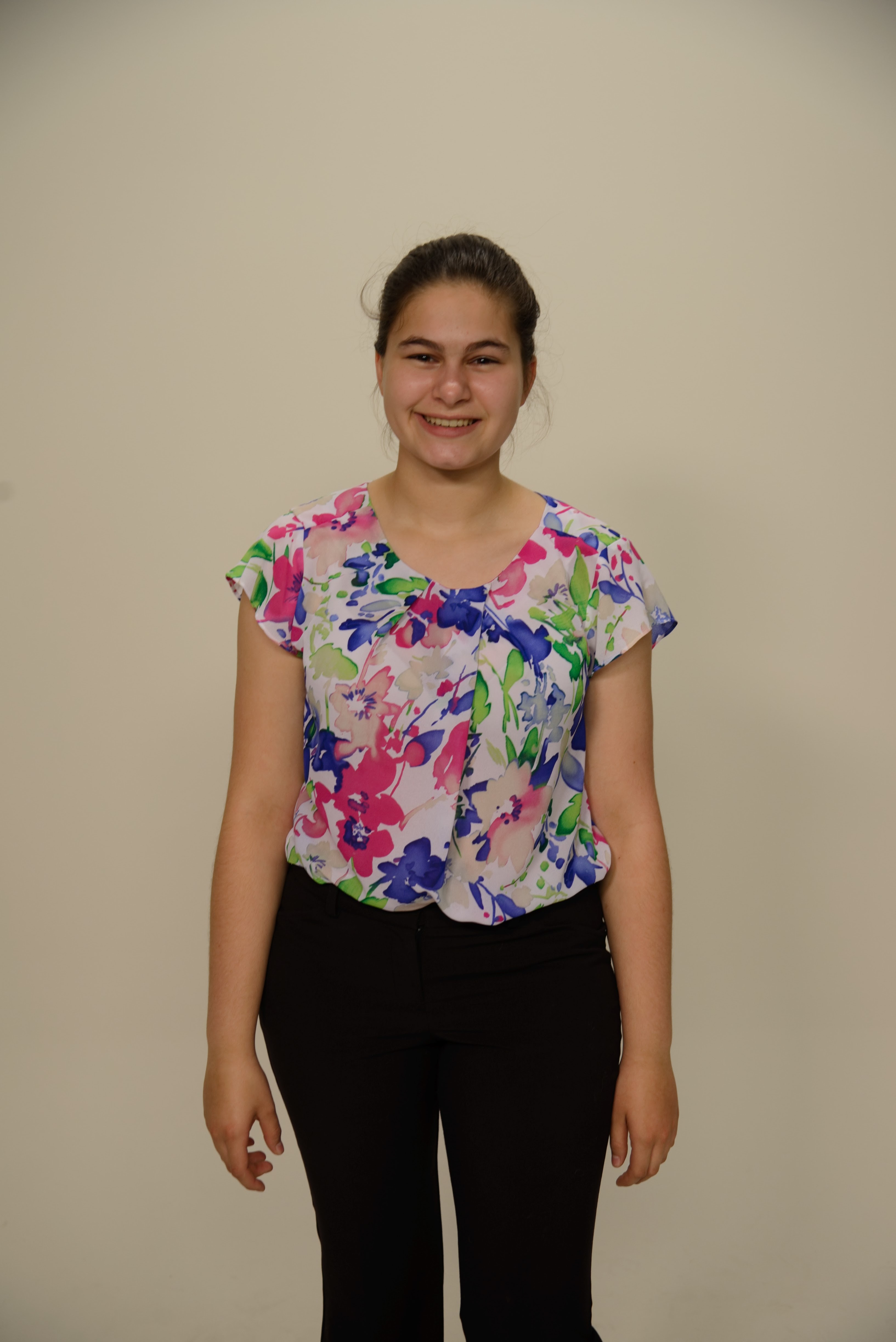 Emma Van Lieshout is a 16 year old high school junior. She has a passion for music, and enjoys playing the viola and the piano. Emma is also a member of her school’s varsity bowling team and participates in Latin Club, Student Council, her school orchestra, and the Youth Symphony of Kansas City. Emma is unsure about what she will study in the future, but is enjoying exploring science through the iGEM competition. A fun fact about Emma is that she has a fraternal twin brother. 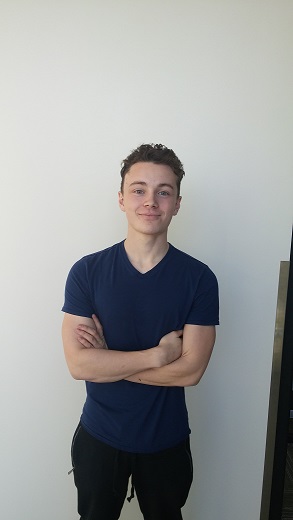 Tristan Meier is a 17 year old high school senior currently pursuing a career in bioengineering and medicine, and he has been working towards work in biogerontology and longevity research. Beyond the classroom, Tristan is a member of his school’s orchestra, tennis, and scholar’s bowl teams, and is president of his school’s History NHS chapter. He also writes novels for fun and has won NaNoWriMo four times. In his free time, Tristan enjoys travelling, and has visited thirty-two states and nine countries in the last year. 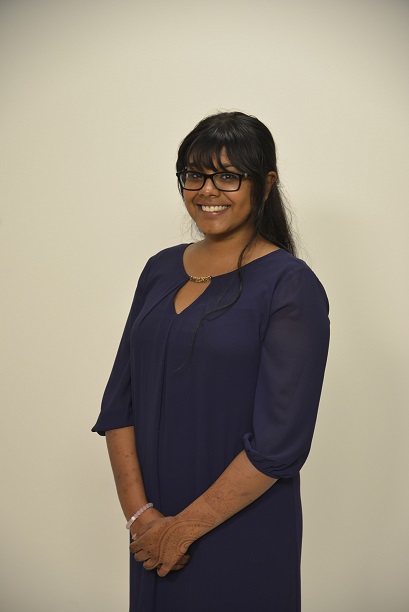 Archana Sundar is a 16 year old junior who is passionate about spreading awareness about environmental and social issues. When she's not concocting potions in the CAPS labs, she writes for Affinity Magazine, creates lesson plans for Empower: Educate & Inspire, Inc., swims for her high school team and plays in her school orchestra. Archana enjoys anatomy as well as other life sciences, and hopes to pursue a future in the medical field in the form of either invasive or noninvasive cardiology. Her favorite animals are sharks, and she has a growing collection of shark themed items. 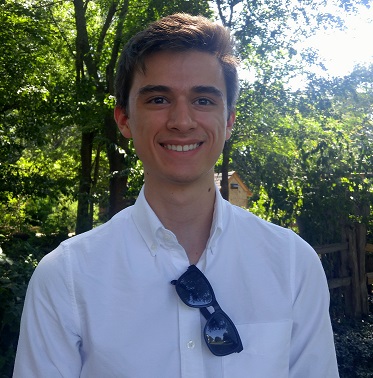 Steven Blair is a highly motivated student with a passion for technology. As a returning student, Steven has had a long running history with the Blue Valley CAPS program. He actively enjoys working with talented colleagues on challenging problems, such as this year’s iGEM project. Next year, he plans on pursuing a degree in Computer Science at Kansas State University. You can catch up with Steven anytime over at his personal webpage, stevenmblair.com. 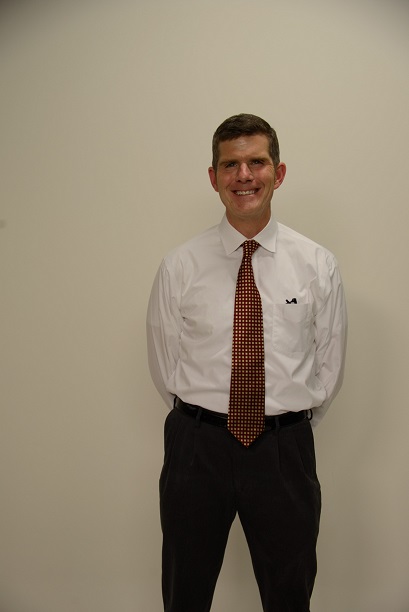 Joe has taken a somewhat circuitous path to his current teaching position at the Blue Valley CAPS program. After two years commercial fishing in Alaska, Joe shifted his focus to the science of fisheries rather than their utilization. He completed his B.S. in environmental science with a focus on water quality at the University of Kansas. During this time, he was awarded a National Science Foundation GK12 Fellowship, which afforded him the opportunity to teach in the Kansas City, KS public schools where he found his passion for education. Joe proceeded to earn two M.S. degrees, one in education from the University of Kansas and another in Cellular and Molecular Biology at Oregon State University. 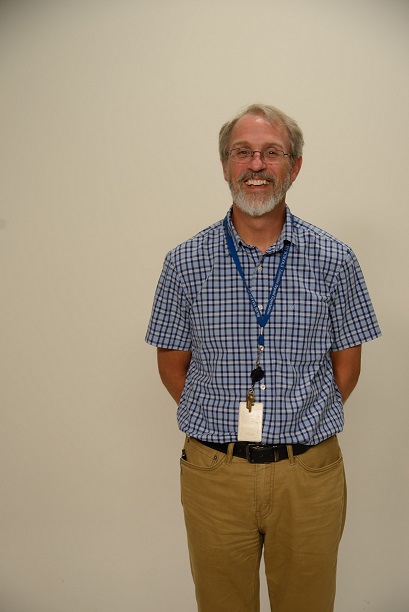 Mr. Kessler’s interest in biology can be traced to his family’s annual canoe trips to the spring fed rivers in southcentral Missouri where he was obsessed with catching turtles. He earned undergraduate degrees from the University of Missouri in Kansas City and the University of Texas. He holds a Masters in Biology from Emporia State University completing research on the retreat-site selection of woodland snakes. He has been a biology instructor in the Blue Valley School District for 24 years. In 2010, he transitioned to the Center for Advanced Professional Studies (CAPS) where he has been working to inspire students to conduct authentic research with molecules, cells, organisms, and the environment. 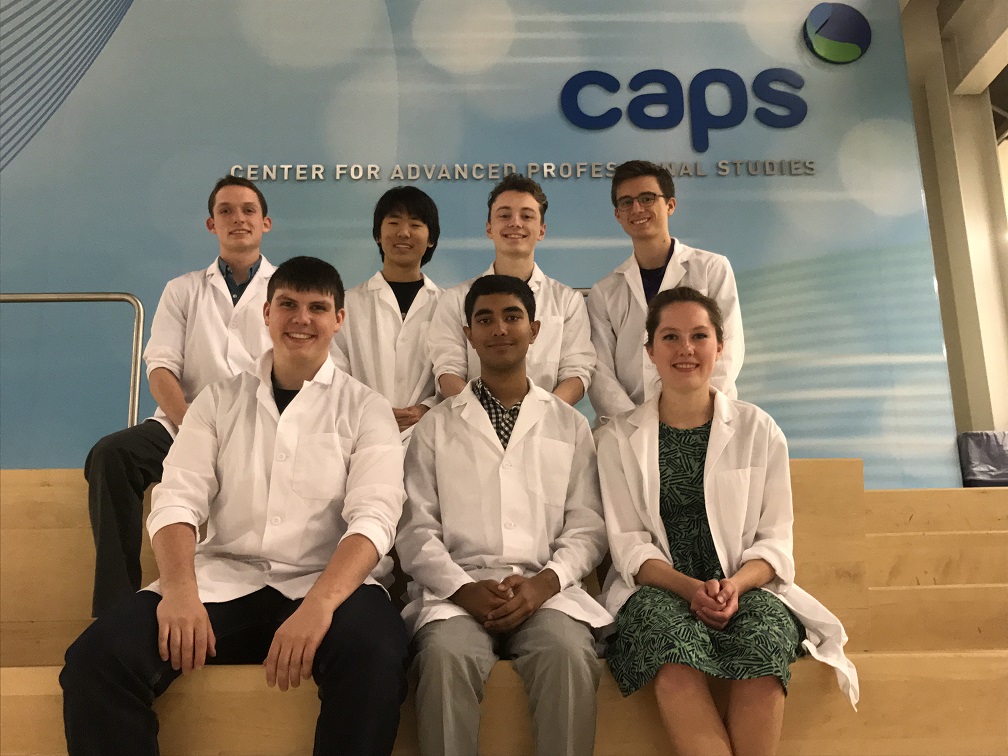 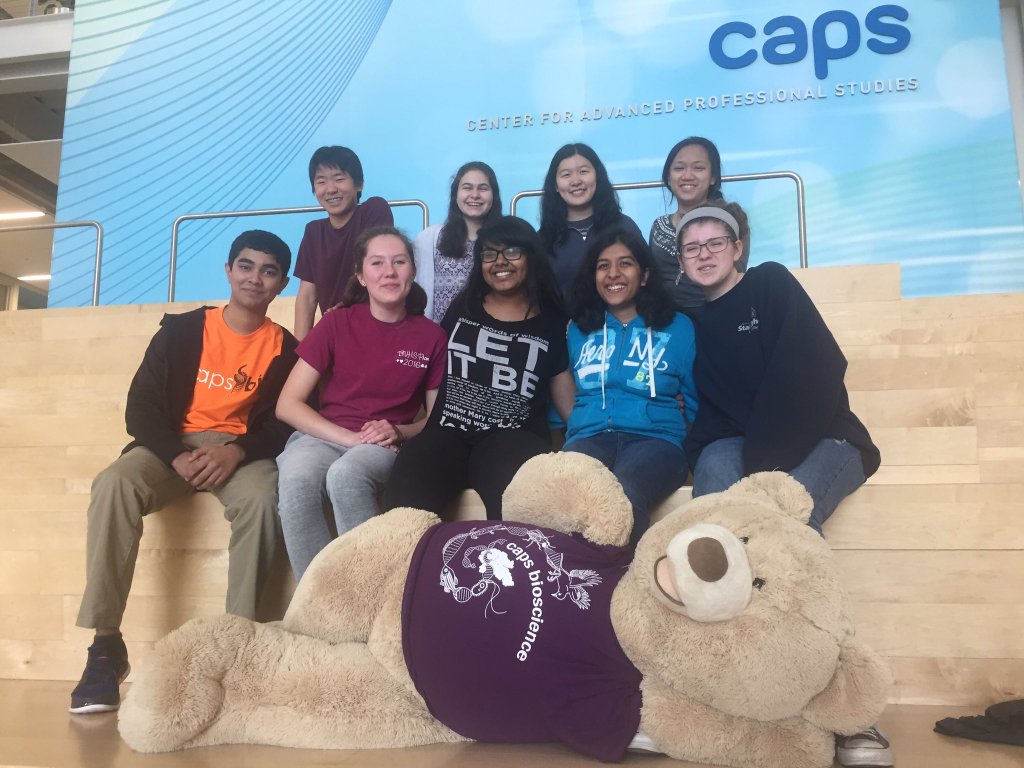