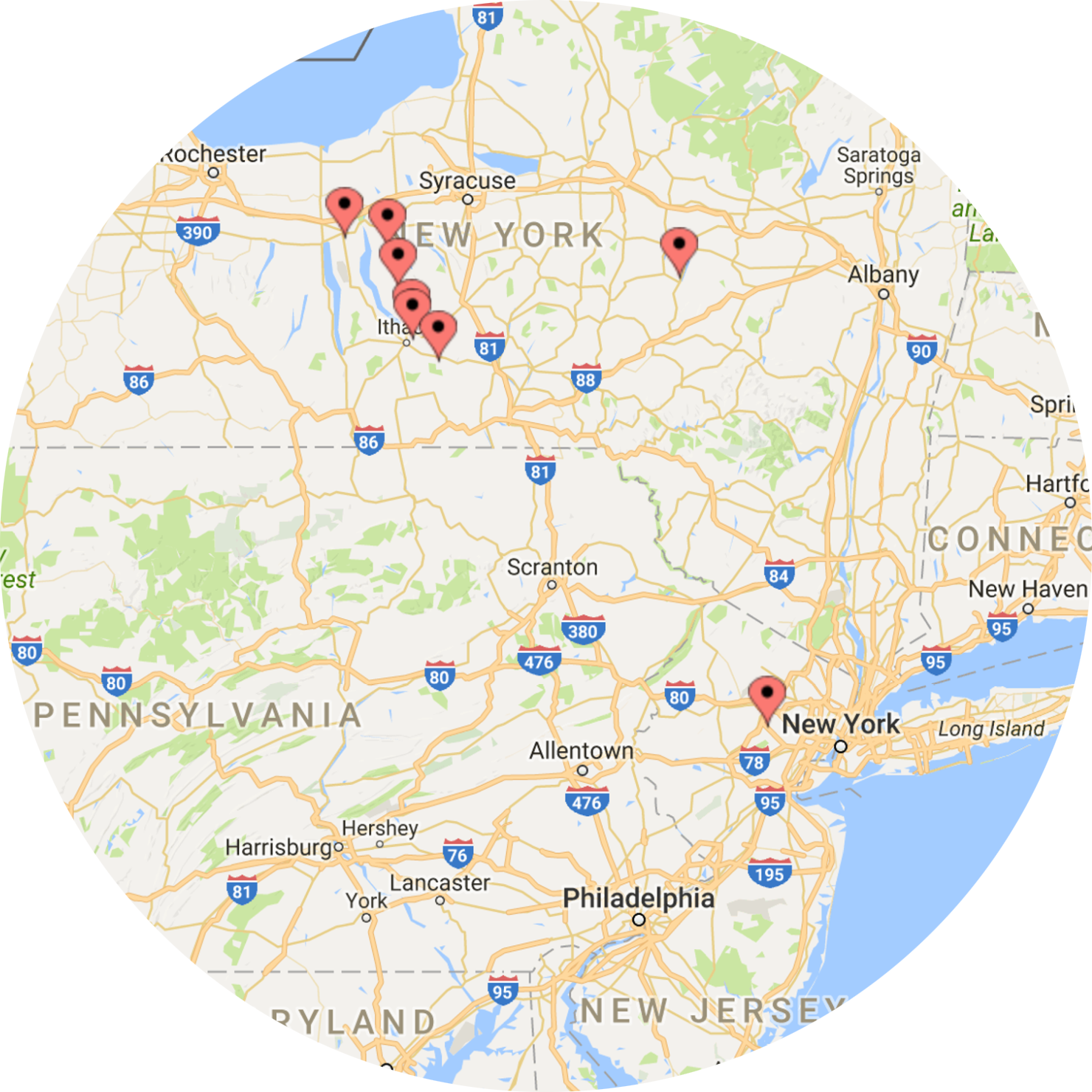 Cornell iGEM’s multifaceted approach to tackling bovine mastitis is innovative and unique. In order to facilitate the development of our novel ideas, we have spent each stage of our project visiting and interacting with experts in the field, making decisions carefully with the feedback of current dairy farmers in mind. We approached the project with human-centered design in three stages [1]. First, inspiration. We derived our ideas from what was needed in the mastitis industry. Next, ideation. We sketched out prototypes and brought them to the farmer. And finally, implementation. We created our product. And at this stage, we knew that what we had created would be useful, because it was, in essence, the farmer, who had directed us throughout the process. Check out our continued discussion on cost, safety, and legality here.

QUESTION: What is the biggest problem facing the dairy industry? FINDINGS: There needs to be better methods for detection and prevention of bovine mastitis.

OUR PROGRESS: Just from preliminary interviewing, we realized that there was a dire need for the prevention and detection of bovine mastitis. Our wet lab team started work on a bacteriocin treatment, choosing genes based on Dr. Nydam's advice. Our product development team concentrated on prevention, and narrowed their ideas down to a multi-purpose milking shell with different modules: an automatic post-dip disinfectant, a flow rate sensor, a cold shock, a temperature sensor, and a UV sterilizer. Our CS/ECE subteam focused on the detection of mastitis and created an app with several features including: a resource for symptoms, a somatic cell counter with a microscope attachment, a data analysis section, and a cost calculator. We brought these concepts to experts in the ideation phase to get feedback and constantly improve our designs. QUESTION: What do you like and what would you change about our product? FINDINGS: Experts were receptive to bacteriocins and had no problem with the safety of it. The temperature sensor, UV light, iodine spray, and cold shock were all seen as important modules, but not all farmers wanted all of the modules. The flow sensor was not needed, and the app was most useful on big farms that use traditional milking processes.

PROGRESS: After receiving feedback in the Ideation Phase, we modified our sketches and incorporated suggested changes. For the milking shell, we got rid of the flow sensor module and added an option for a blank module if a farmer did not want to purchase all of the modules. We changed the iodine spray module to a sponge applicator, since a spray could potentially contaminate the milk. We finished more of our app and updated the designs based on the feedback. We got rid of CowMD since farmers did not find it useful. We also modified cow data to show overall trends of the farm rather than focus individual cows, as DairyOne suggested. Finally, we polished our somatic cell counter designs to present a more user-friendly interface. We continued working on cloning bacteriocins in wet lab, in response to positive feedback. We went back for our final farm visits with a physical prototype of the customizable shell, along with a running app.

QUESTION: Would you buy this product? Why or why not?

FINDINGS: Though our product may be more expensive than the cheapest shells available, farmers would still purchase our product for the long term investment.

7 months and 13 interviews later, we turned inspiration into Legendairy results.
FINDINGS: Our dream of curing, preventing, and detecting mastitis can become a reality.