The Human Practices Collaboration included a survey that complied with IRB regulations. To see these regulations in greater detail, please see the guide, including details about both UC Davis and UC Santa Cruz’s respective IRB systems as well as our consent disclosures. We worked to ensure that both teams went through the required human subjects trainings and that these interventions were carried out to the highest ethical standards. We had multiple skype meetings, met up at the UC Bioengineering Symposium, and shared a meeting with some team members over the summer.

Between the two teams, we collected 44 responses. Some initial analysis is visible here: 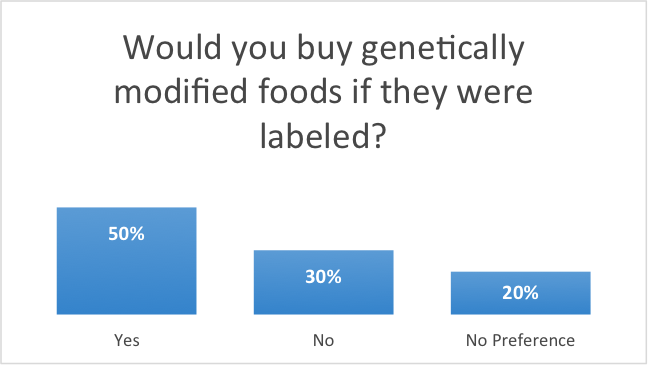 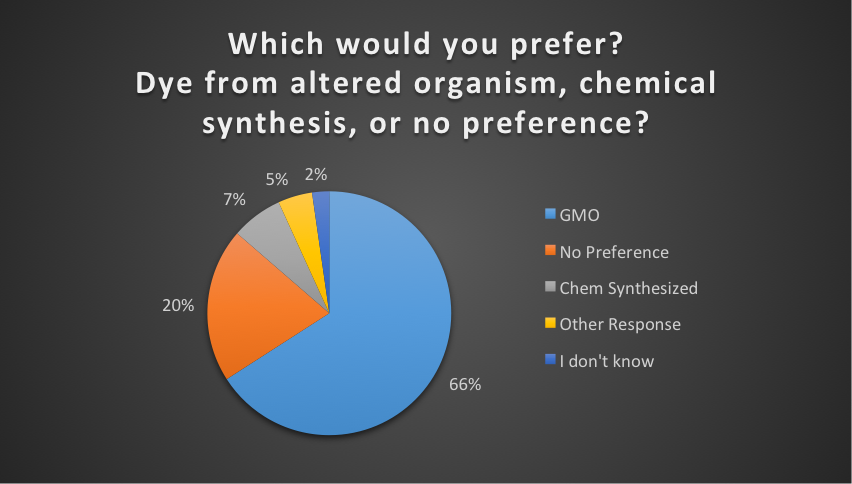 The results are further analyzed throughout the wiki, and have provided an essential resource in coming to our policy conclusions.

Here are pictures of our teams meetings: 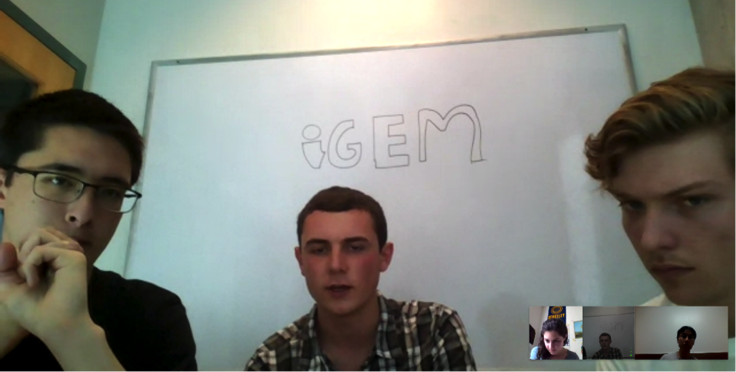 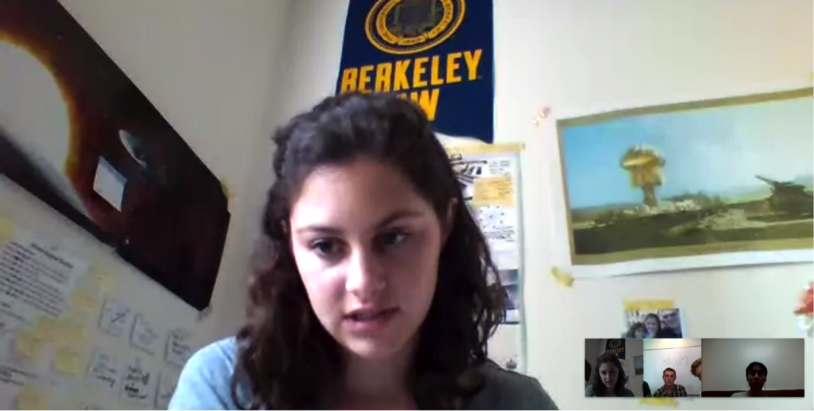 The UC Davis team shared information and plates containing the following strains with the UC Santa Cruz team on their visit July 15th:

Our team shared B. subtilis K07 - BGSC Accession # 1A1134. This strain was recently released and this K07 strain is generated from the commonly used laboratory host PY79. This strain has all it's seven associated proteases knocked out and is free from antibiotic resistance or integrated plasmids. This strain does produce spores however.

We have also shared the B. subtilis PY79 - BGSC Accession # 1A747, which is the wildtype strain of the K07 protease knockout. We are selecting this strain so we have a control for comparison.

A third strain which our team has shared is the B. subtilus spo0A3 - BGSC Accession # 1S1. This strain comprises spo0A mutants, therefore they do not produce alkaline or neutral proteases. They also do not sporulate. The two most abundant secreted proteases are the alkaline protease (AprE) and the neutral protease (NprE) and are produced in the early stationary phase in normal bacillus. This mutant does not produce these proteases, however wall-associated proteases are still present. This strain is the result of mutations in the Spo0A locus and have normal antibiotic sensitivities. Note that Spo0A have reduced genetic competence, so it may be advisable to use electroporation to transform them.

We also ordered and shared the following strains, which became available during the summer:

We also shared protocols, specific codes, and information about promotors.