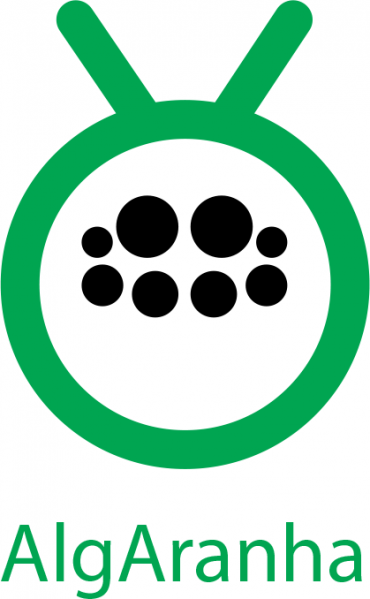 For several brazilian laboratories and researchers it's very difficult to afford good Lab equipment because they are very expensive. Moreover, when an acquired equipment breaks, it can not be quickly or easily repaired without the company's assistance. Lack of autonomy often yield a sense of inferiority that strongly feed and make us whirl around a vicious loop of dependence. Rather than be a mutual relationship between academy and companies, these last ones not only charge high prices for equipment repair, but they also delay delivering support.

Along with the iGEM project’s development we deal with a limited access to essential equipment to molecular biology techniques like centrifuges, electrophoresis systems and transilluminators. It was very difficult to plan our experiments in advance due to the restricted access to some laboratories, since most equipment at USP are responsibility of different professors and researchers.

What did we do to change this?

A transilluminator and photodocumentation system! Tabajara is a fictional company, created by a brazilian comedy group whose mote is " Your problems are over!" They became famous for being incredibly creative and innovative. However, a crucial difference between us and them is that our product both exists and is useful in many contexts! 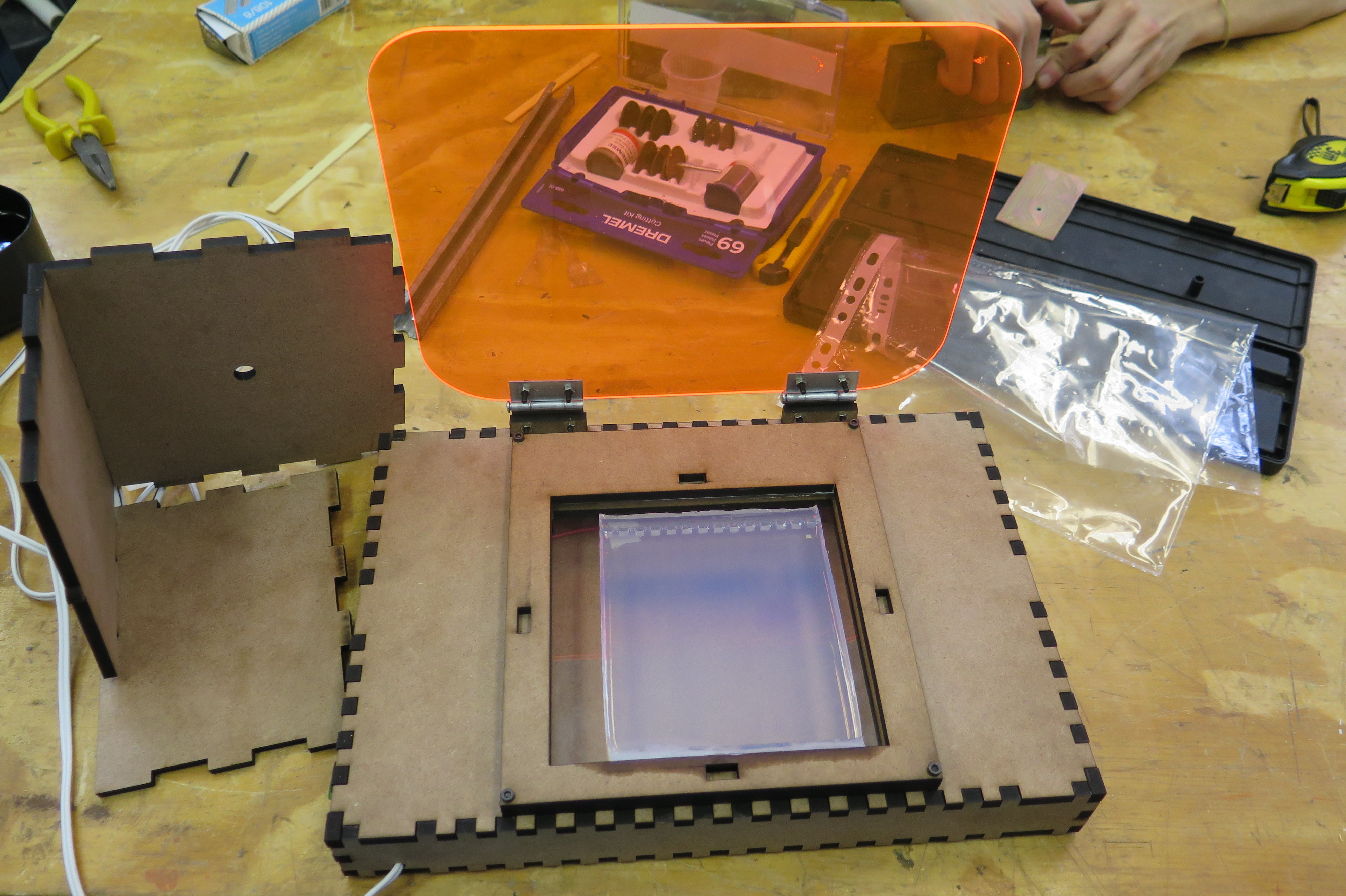 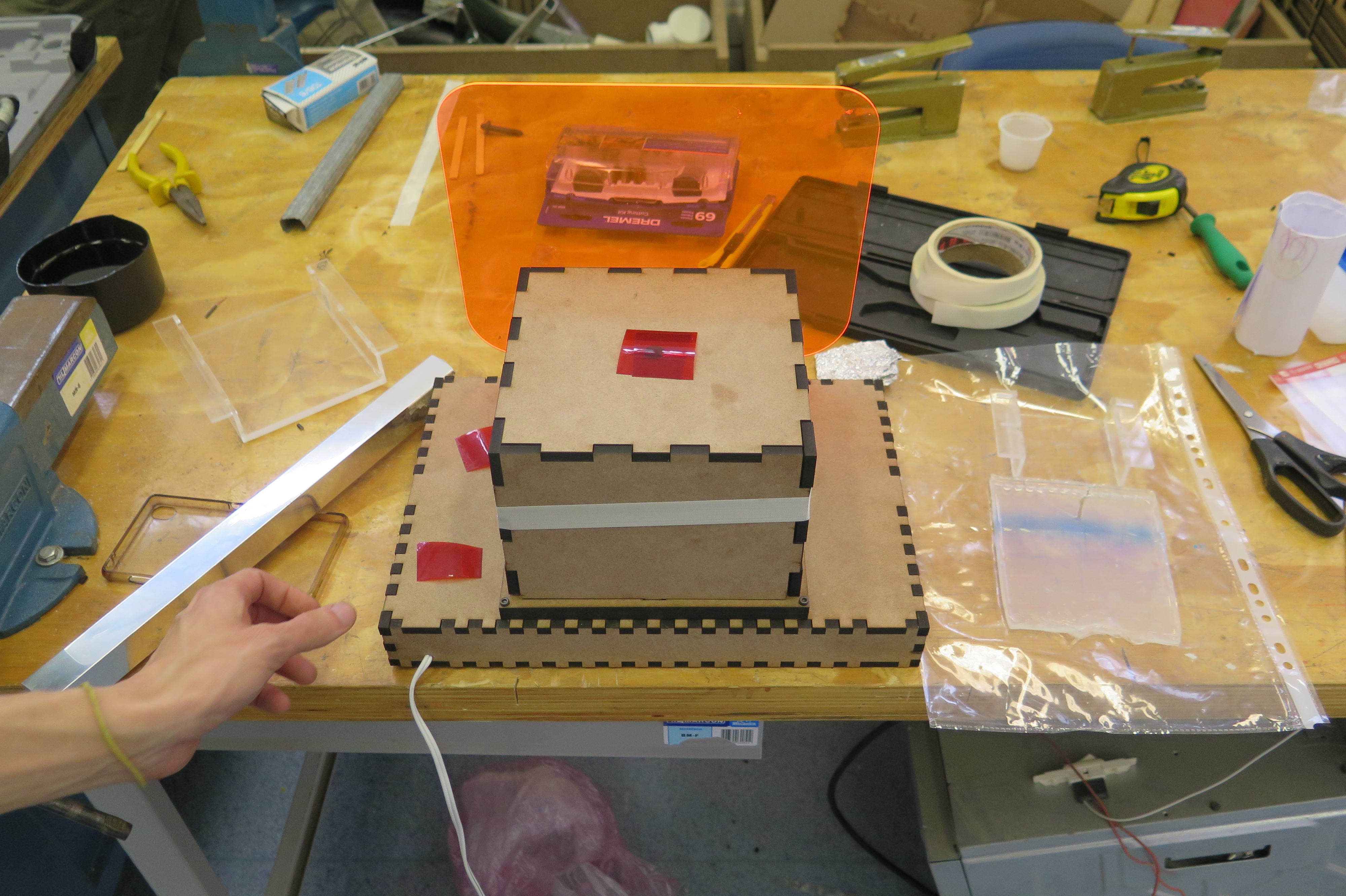 Image 2- Transilluminator Tabajara as photodocumentation system, with a set of filters 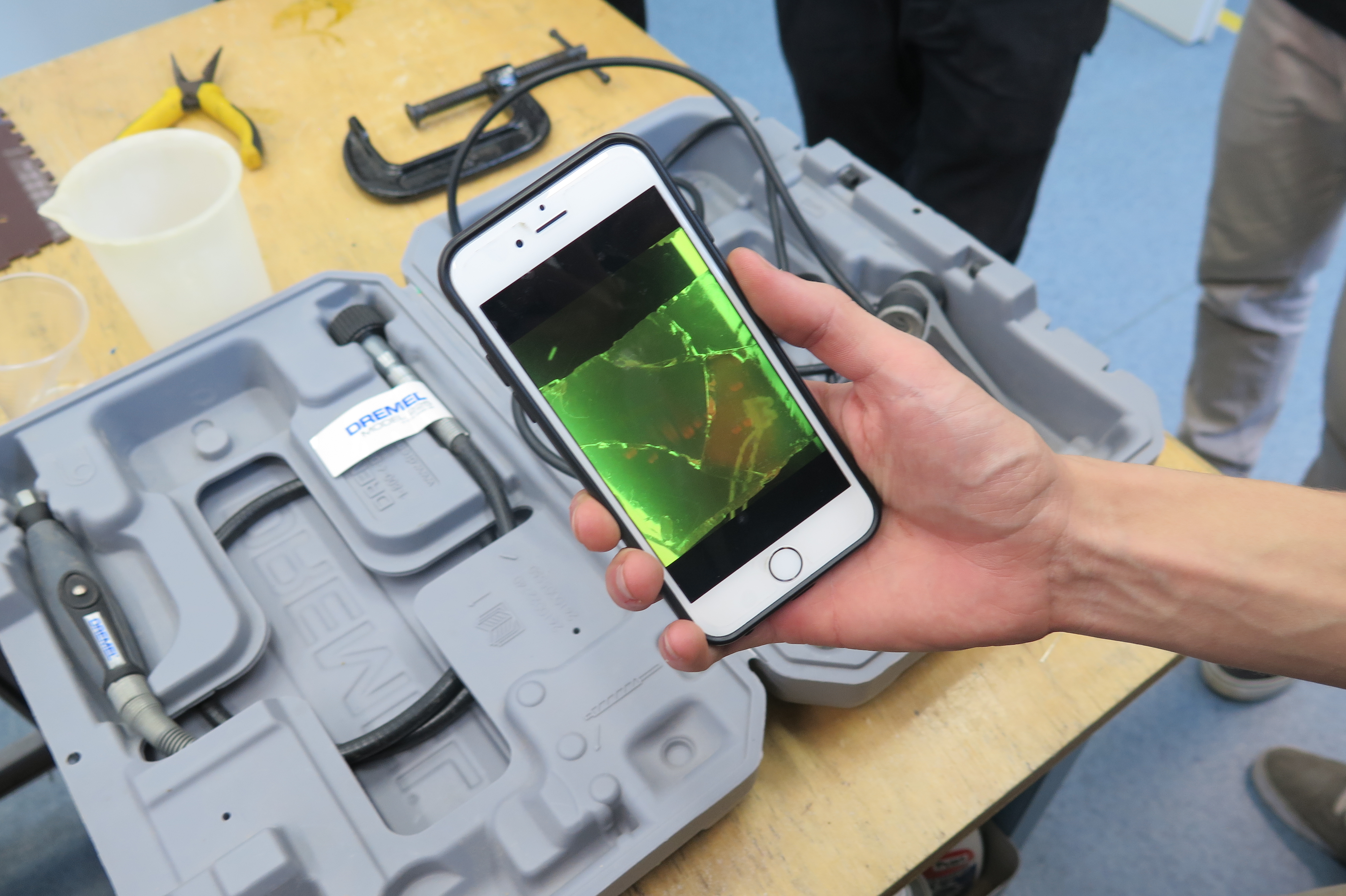 However, we could not find an optimal filter, both for allowing mostly the UV to reach our gel, and blocking the background light after the DNA fluorescence. We didn't characterize it thoroughly, but only cellphones with really good cameras and bands with high concentrations of DNA could be seen. A new design, with epi-illumination instead of transillumination might solve those issues, but again we did not have time to explore it thoroughly. Finally, even though some commercial light filters are suitable for the tasks, we are still looking for more affordable options, as it is important to us that this product is accessible for as many people as possible. Nevertheless, the fact that it worked at least in some situations it was per se a success!

An Electrophoresis System with Chamber and Power Pack

We also produced a working electrophoresis system (without a creative name this time) and were able to run gels in it! We have to admit that we used a commercial power pack, but all the rest was home made. And you have already seen the results, as the gel in image 3 was produced and run with it. 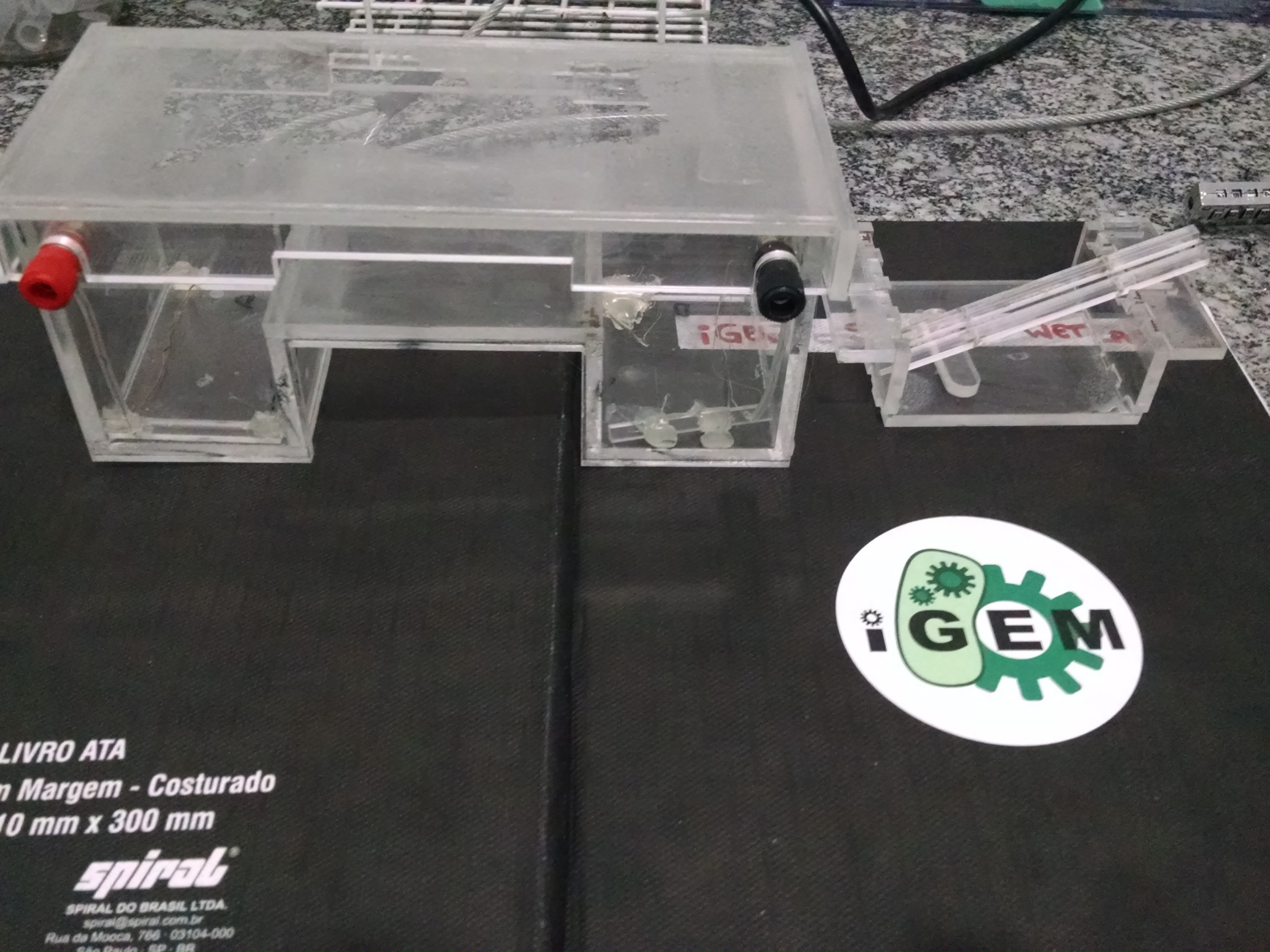 Image 4 - Chamber, gel tray and combs of our electrophoresis system

We had two major situations with the system. The first one was with the Power Pack. The system overheated and, even though we are working on troubleshooting it, putting our prototypes here could put adventurous iGEMers in danger. The second one was due to the voltages applied in the chamber and the contact of the electrolytes with the metals in non-isolated nuts and bolts and a copper wire used for the anode, resulting in a quite colorful mix of Cu2+ and other ions. This was solved by isolating the bolts and using platinum wires (more expensive, unfortunately) in both poles 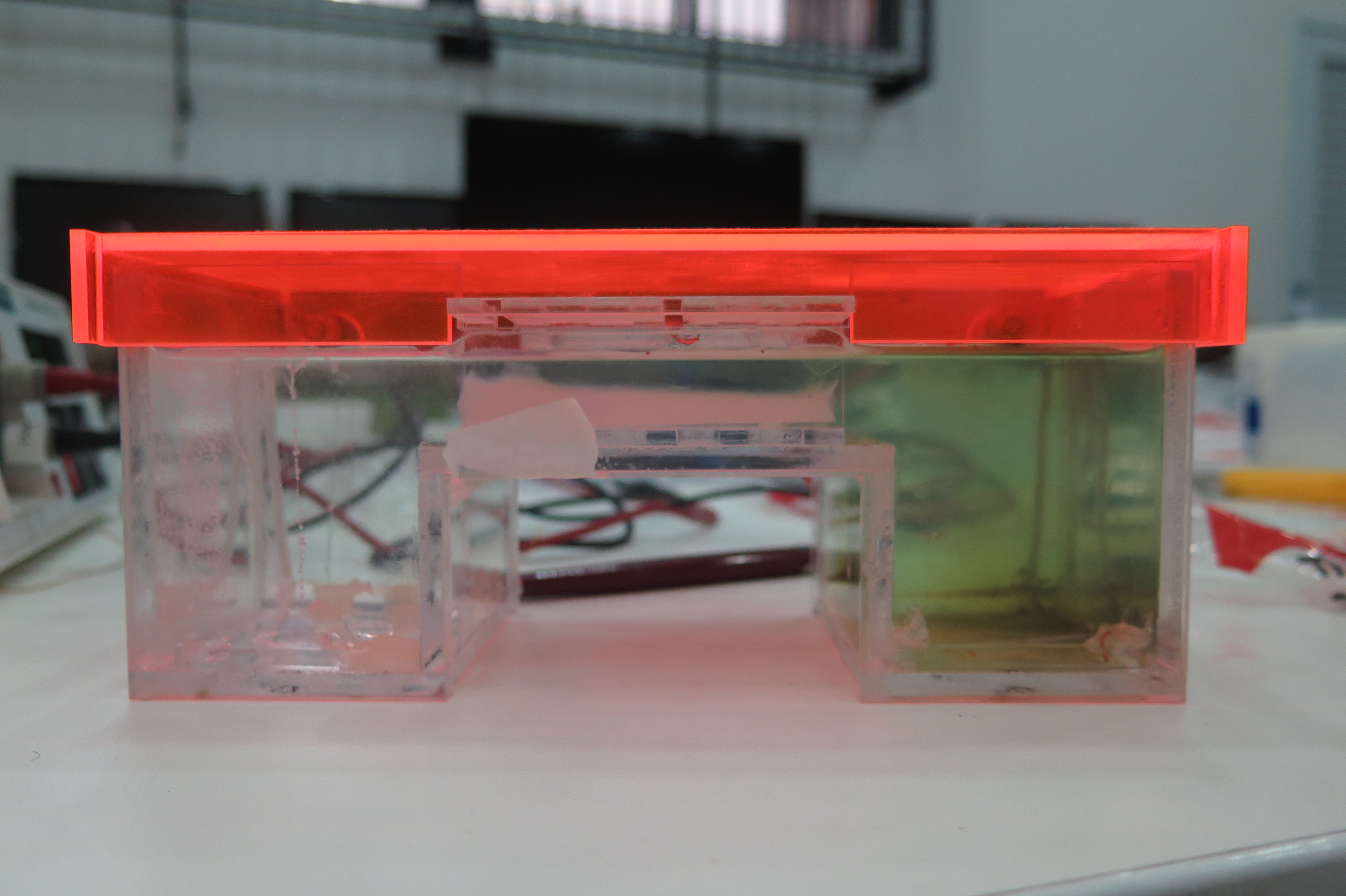 Image 5 - Chamber with different colors due to liberation of ions

This year, alongside our main wet lab project, we developed a set of Open Hardware, low cost equipment, which were used and enhanced in our daily lab tasks. Furthermore, we spread our ideas and designs through many different presentations and even an open hackathon!

Our kit, the “Open Lab Hardware Kit” was planned provide basic equipment for any independent molecular biology lab, which included:

Our jewel is this small centrifuge for bench work, with a Harry Potter inspired name and code. It saved our lives in the lab, and you can appreciate its functionality in the video below. In the manual, in the next section, you can check the full design and read more about it (including the 3D printed rotor that is missing in the video).


Our “Seletora” was the most extensively tested equipment and upgraded during our project. We did not have a Micro Centrifuge in our host lab, so we had to use the ones that other professors in the department gently allowed us to use.The workflow, with lots of MiniPreps digestions, ligations, PCRs and electrophoresis running samples would have taken a lot more time without the help of the Seletora Centrifuge. Out of necessity, we realized that many upgrades were necessary for the centrifuge to be fully functional. These included:

This function, shown in the video, deserves special attention. The function is activated by simply pressing the knob, quickly achieving a high speed and depositing all the liquid at the bottom of the tube, being crucial for speeding-up virtually all the experiments. And this was a direct result of the practical application of our hardware

With use, nuts and bolts got out of place and to use the centrifuge started be quite dangerous. The problem was reduced with a silicon support, and the pieces we used to make it are also present in the documentation.zip

We also added a little bit of creativity to our code, with a lot of “Harry Potter” themed puns. It might sound silly, but this kind of thing really cheered us up a little in those days when everything seems to go wrong in the lab. In the end, science is not only about making the world a better place, but also about having a good time while doing it.

Finally, we also made some considerations that, due to the deadlines were not (yet) implemented. These included an increase rotor radius to achieve more RCF power, which would enhance the efficiency of our MiniPreps and to print a rotor with PCR tube spaces, making it easier to spin down low-volume reactions. 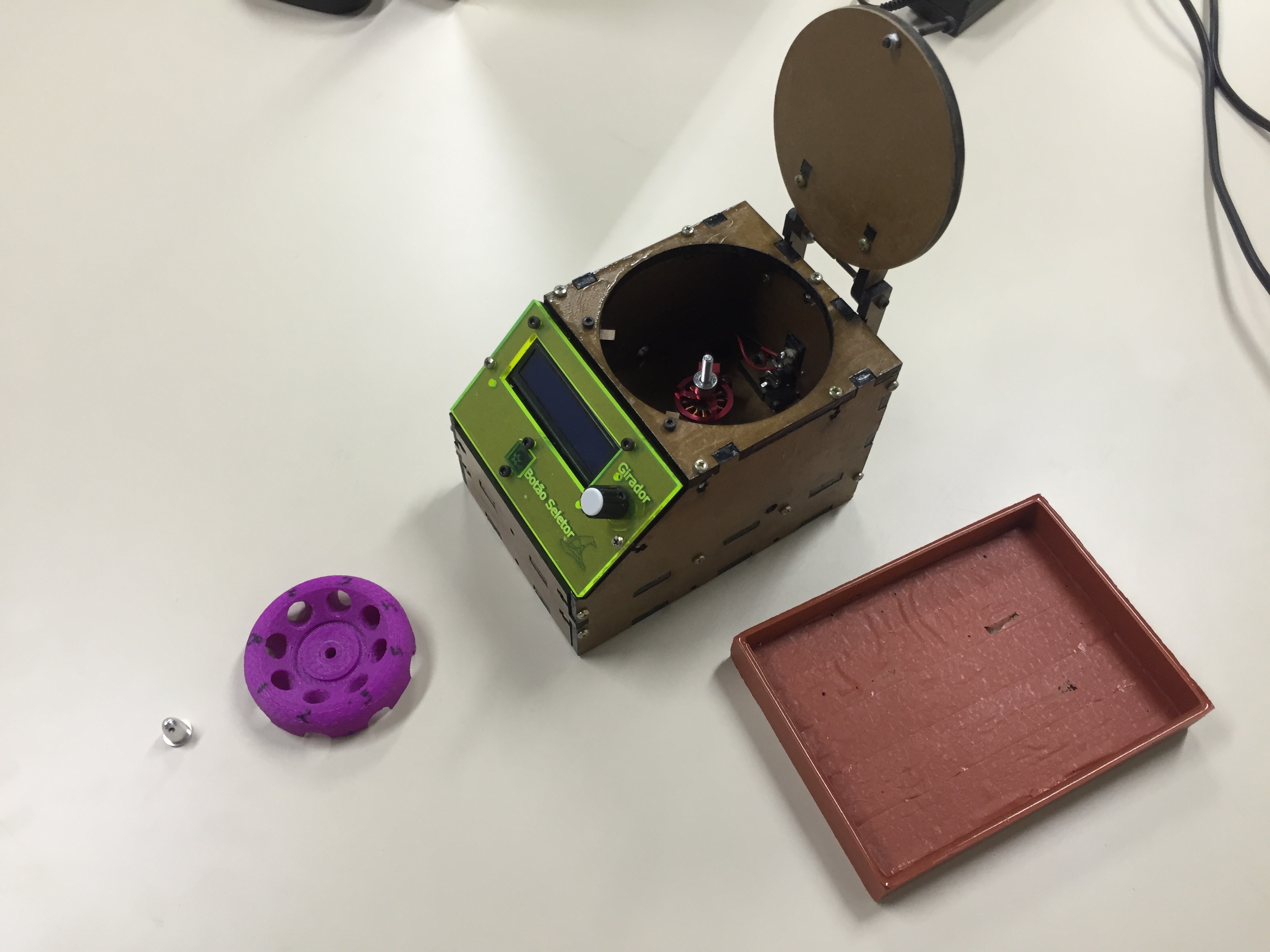 Image 6 - Disassembled centrifuge, without 8 microtube rotor and silicon anti-vibration base 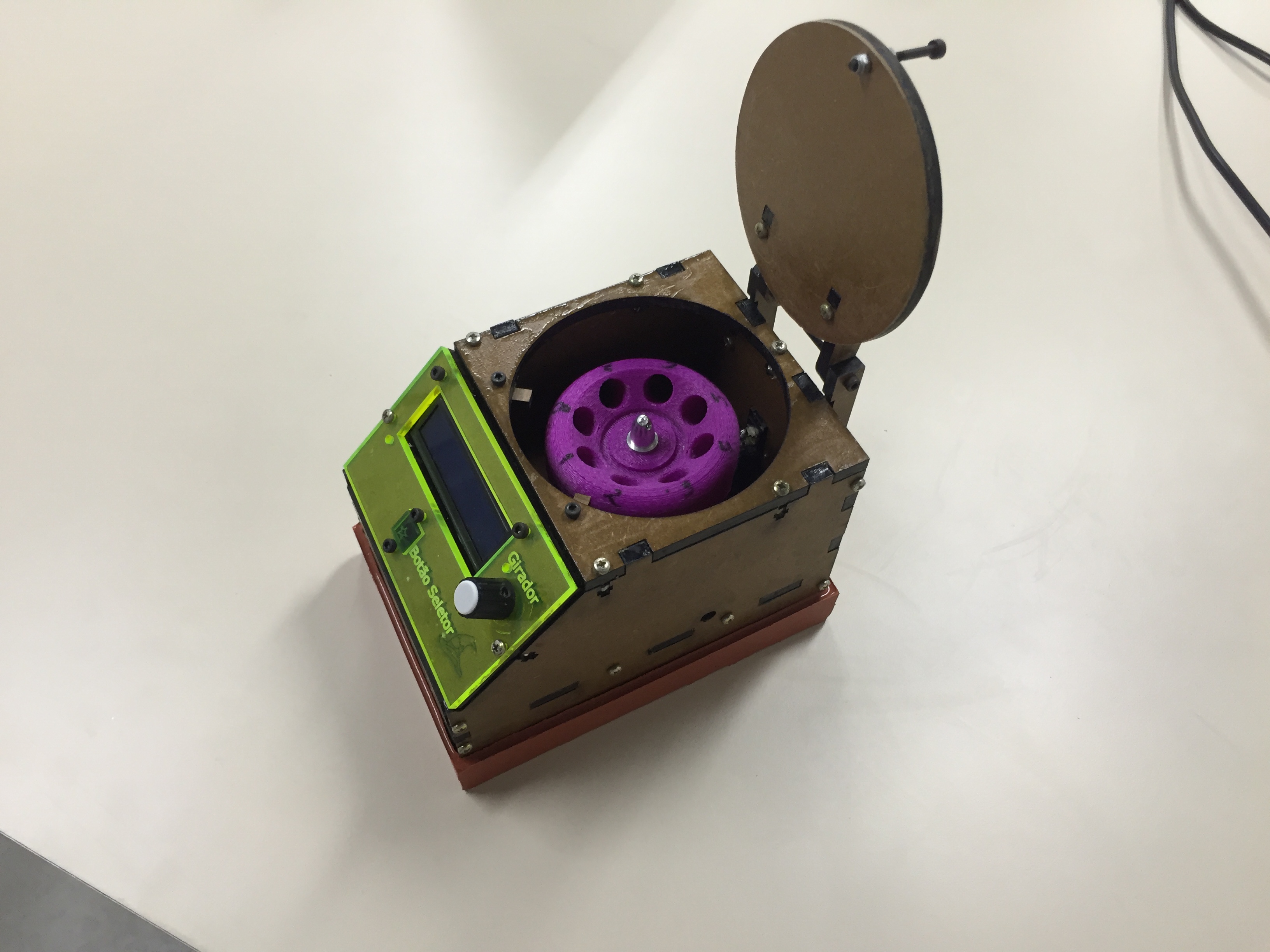 Image 7 - Assembled centrifuge, with 8 microtube rotor and silicon anti-vibration base

According to our principles of openness, we provide here a manual, with a step by step image guide in order to help you build your own centrifuge for your next iGEM project!

Even though we were not able to produce such a detailed material for all our systems, here we provided the files for the 3D printing and laser cutting needed to produce them at your home town (or any place with a FabLab, at least)!

And here you can download the Transilluminator Tabajara files

Finally, here you can download the files related to 3D printing, laser cutting and the Arduino code for making your own Seletora Centrifuge!

More than only setting up a great hardware kit, we also interacted intensively with a broad audience. We engaged the USP community directly with a well structured Hackathon, got in touch directly with teachers and high school students at the FabLearn conference and spread the Open Lab Hardware word even for designers and artists at FAZ!

In the hope of reaching out to the community and effectively making an impact with our work, we organized a hands-on open workshop on making open hardware equipment for biotech. The event was organized in partnership with University of Sao Paulo (USP) Synthetic Biology Club, USP Free Hardware group, USP entrepreneurship nucleus and the agrotech company Lotan, founded by former iGEMers. This partnership made the event possible and the company even adopted some hardware made, the Seletora Centrifuge, the Transilluminator Tabajara and one Electrophoresis Chamber. The rest of the equipment produced in the event was either given to the participants at purchase cost or was directly used by our team to develop our project. More than reaching out to the entrepreneurship community and former iGEMers, we had also a participant from USP-EEL-Brazil 2016 iGEM team, which travelled 200km just for the event!

The microcentrifuge and the other equipment we’ve built costed a great deal less than a commercial one, but the most important part is the autonomy and freedom that having these Open Hardware pieces promotes. The experience on making these equipments will surely guarantee that this culture will continue, not only among our team members, but among all the students that have attended our workshop. These students with different knowledge backgrounds, from biology to humanities to engineering, also are helping to build a community, wih insights that are making the Open Hardwares more functional, practical and accessible!

The brazilian edition of the FabLearn Conference was held by the University of São Paulo (USP) and the Stanford University during the 9th and 10th of September, 2016, at the campus of USP. We presented Seletora Centrifuge and Electrophoresis System using digital fabrication techniques. The conference gave us the opportunity to share experiences in research and education based in the “learning by doing” principle. We talked, for example, with high school students who built a syringe pump using Arduino and were planning to build a centrifuge as well in a really insightful meeting. We perceived a great interest from teachers, professors, high school and undergrad students who also encouraged us to provide a repository with our designs and projects so they could reproduce the devices themselves. This acceptance reveals that the practical impact of our project goes beyond research, transforming education and learning.

The FAZ ("make" verb in impetartive form, portuguese) festival was held at the Red Bull Station, in Sao Paulo downtown, and gathered a very diverse group of people interested in the maker culture. Our team presented the hardware built using digital fabrication techniques in a lecture and demonstration session. The event represented a singular opportunity to share our work and insights: from the motivations that led us to built our own lab equipments to the context of the iGEM competition and the social impact of our project. As we were used to talking to scholars and students, FAZ gave us the chance to reach out for designers, architects and artists, a public we had not dialogued before. The insights and questions raised there enriched our experience by pointing out the design and visual aspects of building biotechnology devices. It was great to see how different backgrounds lead to different ways of approaching an specific problem.