15 October 2015
The presidents and treasurers held the first iGEM meeting of the year.  There were many introductions, as there are lots of new additions to the team, and then brainstorming.  The team started by talking about potential project ideas:
The team also brainstormed about fundraising:
20 October 2015
The iGEM team met again to narrow down project ideas, and come up with new ones.  The team tried to assess the feasibility of each idea, and then separated into small groups to do research on new ideas.  The group researched biopesticides, invasive species, and water purification.
3 November 2015
We continued our research, and added a few new ideas to the list of potential projects.  The new list of ideas is as follows:
1 December 2015
The team worked more on researching projects, and fundraising ideas.  We created a draft for fundraising emails, and worked on expanding a list of biotech companies to ask for funds.
9 February 2016
We discussed protocol for volunteering at Solana Ranch Elementary school, and continued research on our two main project ideas, detoxification of runoff water and stopping R plasmid bindings.
8 March 2016
The team met with their mentor for the second time and decided on their project to express two enzymes designed to break down acetone and tetrachloroethylene (PCE) in one plasmid. The team continued to research the project, and current methods of breaking down compounds in runoff water.
15 March 2016
We continued to search for an anaerobic, prokaryotic enzyme to break down PCE in runoff water.  We also looked at CYP genes to extrapolate from the liver to break down acetone in the water water.
16 September 2016
The team prepped agar plates for the experiment. 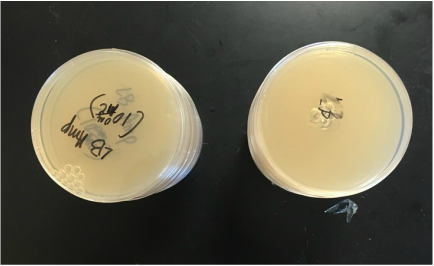 The team attempted to transform the plasmid containing the gene of interest into E. coli. The transformation failed, and the team began for a second transformation. 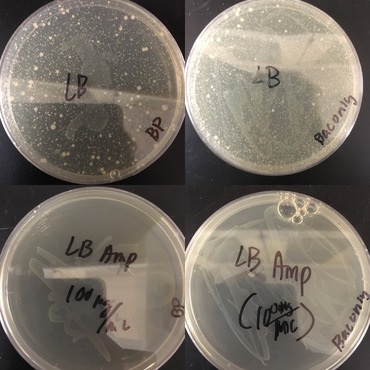 The team successfully transformed the plasmid into E. coli. 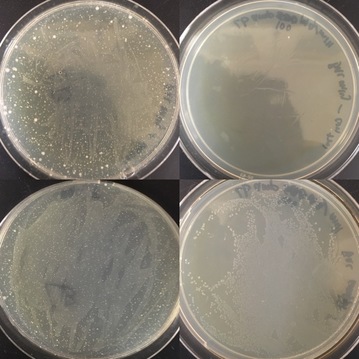 The team did a liquid culture of the successful transformation and began miniprep.
10 October 2016

The team ran a gel with the digested plasmid and found that we had successfully isolated our gene of interest. 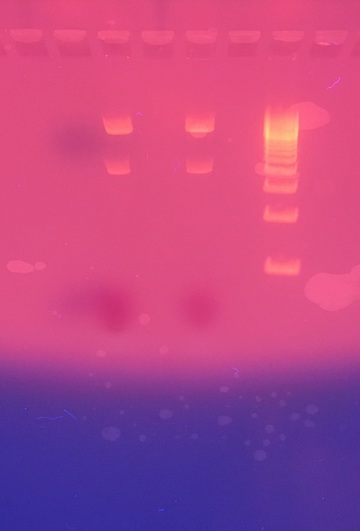 The team developed a plan for the next week to put our gene of interest into the iGEM backbone so that we can submit it to the iGEM registry. (Outline of work completed in the last week is under the procedures tab.)