To make this production through microorganisms more interesting and therefore solve the issue of land grabbing for this purpose, our project "Syndustry – Fuse. Produce. Use" combines the naturally given advantages of various model organism strains. For this, we created an artificial endosymbiosis between different organisms, mainly S. cerevisiae and E. coli. The organisms can be specialized to overcome bottlenecks for improvement of biotechnological productions or can even grant possibilities for productions that have not been established to date. The process to make this possible can mainly be divided into three parts: establishing a dependency between the organisms, implementation of a production pathway and the actual fusion of the organisms.

Since the biological safety of our system would be relevant to the recipients and the environment, we also investigated in the behaviour of certain bacterial safety mechanisms, the kill switches. Instead of designing one of our own, we took advantage of the numerous kill switches already implemented in the iGEM database. Using these, we were creating a model describing their escape rate in terms of evolutionary stability seeing them as a genetic network. We did so in collaboration with the iGEM team of Lethbridge, who performed to experimental work for verification of our model.

Due to the multiplicity of kill switches designed in the past years of iGEM, we also created a simple and easy overseeable database of all kill switches either described or implemented. It contains all relevant information for the selection of a suitable kill switch, for example a classification regarding the redundancy of crucial compounds, such as inducer and toxin or a topology map.

Dependency. Keeps the system together. 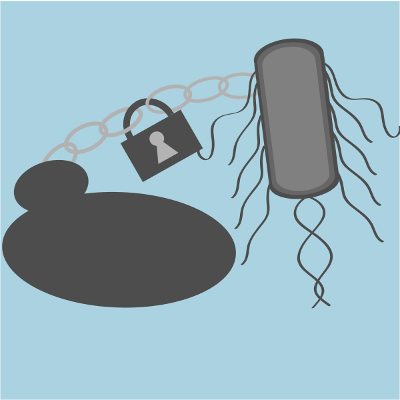 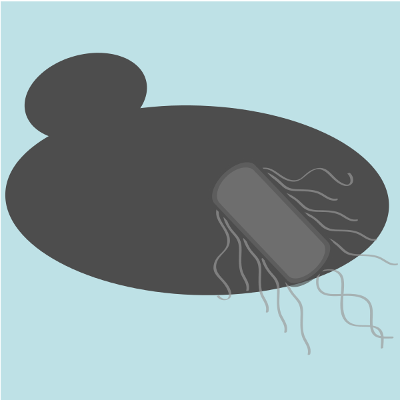 Fusion. Brings the system together.

Since our whole project relies on the utilization of the principles of endosymbiosis for production purposes, we had to decide for a method to bring the organisms together. This was accomplished by modification and optimization of a protocol using polyethylene glycol (PEG).

Design of a production line that starts with limonene production in E. coli and export into S. cerevisiae. Limonene gets hydroxylated to the cancer drug perillyl alcohol and exported to the media. 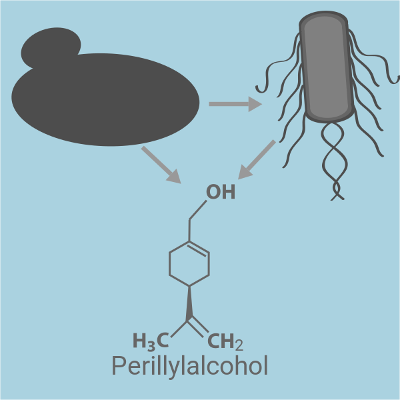 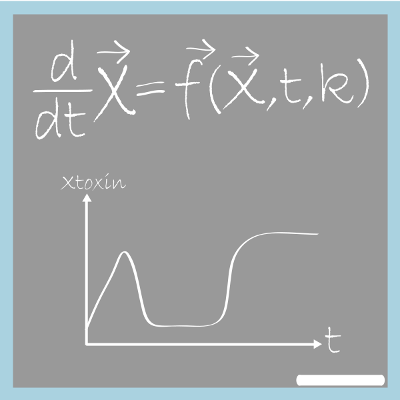