The last part of the project was the microbiological part. This final part would show us if our hypothesis was true or not. The first thing we did was to set up two over night cultures from each strain. When we induced one ONC at an OD600 of 0.6 and we ecpacted different growth behaviour. The E.coli with the mazF toxin had no changes in growing (Figure 12) while the one with the ccdB toxin did not grow as fast as the not induced, but still showed growth (figure 11) . We think this shows us that the toxin/antitoxin system works because there is growth but E.coli shows stress symptoms.

For the reason the red clone showed normal growth we decided to add IPTG from the beginning. What we saw was that the growth of the induced culture was about 50% slower than the not induced ONC but still showed growth (Figure 13). For us this proofed again that the system is working.

The next thing we did was to bring the different colonies together on a plate. First we tried without inducing to see what happened. Like we assumed nothing happened, to different strains grow next to each other. (Figure 14)

In the final test we used plates with 0.1M of IPTG. This time we used a Impföse to bring the different strains together. After growing over night we detected that the red strain killed or overgrew the blue strain on every single plate. 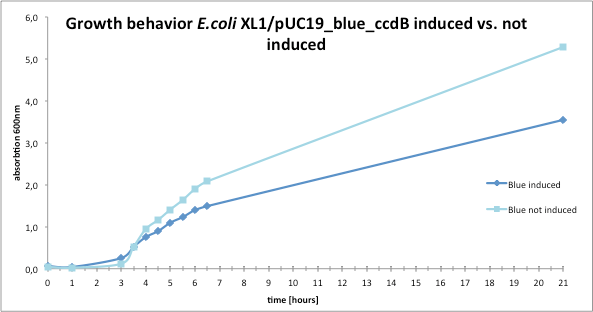 Figure 11 Growth behavior of E.coli XL1 pUC19_blue_ccdB with in iducing at OD600 of 0.6. It can be seen that after indcuing the induced strain growes slower than the not induced strain but has still growth.

Figure 12 Growth behavior of E.coli XL1 pUC19_red_mazF with in inducing at OD600 of 0.6. It can be seen that no changes in growth behavior happened 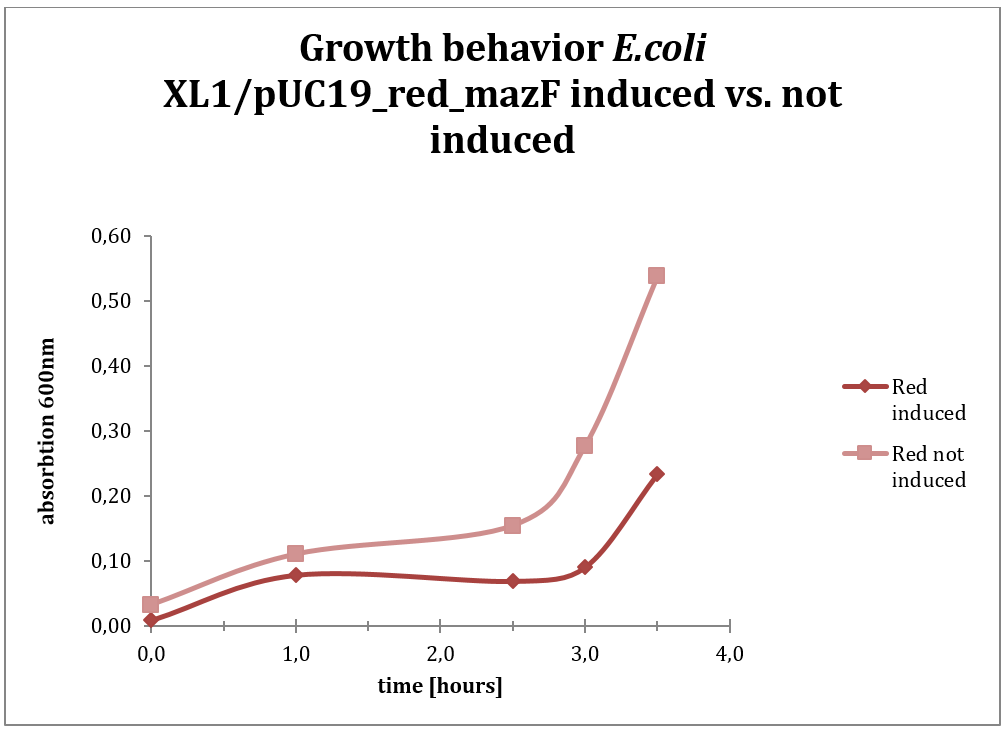 Figure 13 Growth behavior of E.coli XL1 pUC19_red_mazF induced from the beginning. After 3.5 hours the induced strain showed a 50% lower growth rate than the not induced strain. This led to the conclusion that the system works but puts our E.coli under pressure. 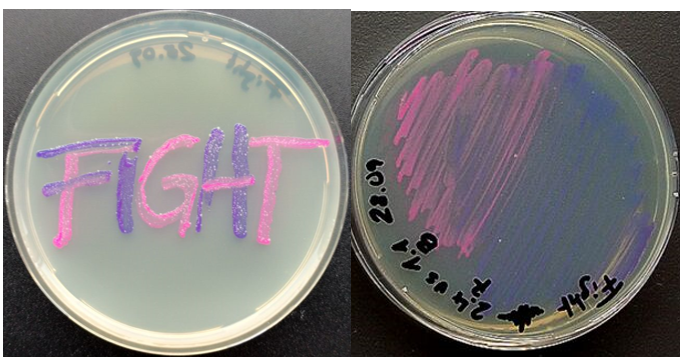 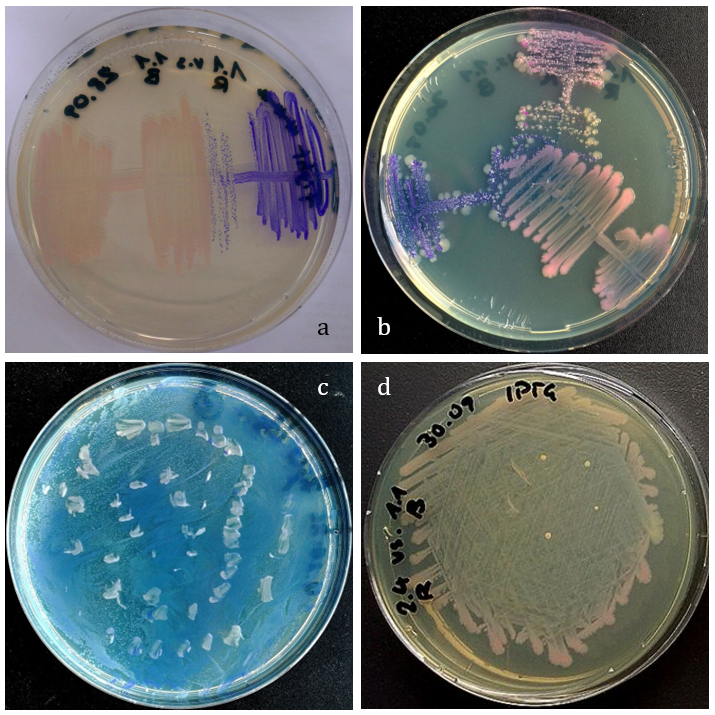