Worldwide, there is a staggering amount of plastic produced and used both industrially and commercially. In 2015, 56 million tonnes of plastic was produced worldwide; although some of this is recycled or the energy from the plastic is utilized, much of it enters landfills. While plastic offers desirable properties for use, such as durability and plasticity, it is these properties that also make it a problematic material; it is almost undegradable. This results in landfills clogged with plastic materials, such as poly(ethylene terephthalate) (PET), which contain high levels of aromatics that decrease their degradability.

Specifically in NZ, despite our green image, we are not exempt from this plastic plague. Plastic waste contributes to 8% of NZ waste. Plastic is lightweight and has space-filling properties, which allow it to fill 20% of NZ’s landfill space (252,000 tonnes per year), with difficult to degrade plastics such as PET contributing to up to 15% of this. To combat this, and other waste related problems (such as the expected doubling of waste entering NZ’s landfills within ten years), the NZ councils have enacted a zero-waste policy; to progressively achieve zero-waste status by 2040.

Our team’s aim was to aid this policy (as well as the global plastic plague) by producing a strain of E. coli that produces enzymes which degrade PET.

The bacterium Ideonella sakaiensis uses two enzymes to break PET down into Terephthatlic Acid (TPA) and Ethylene Glycol (EG): PETase and MHETase respectively (Yoshida et al., 2016). It is here that we took inspiration for our project; to create biobricks for PETase and MHETase that, when inserted into an E. coli vector, could produce viable, purifiable proteins, that are secreted from the cell, or can be obtained through lysing the E. coli.. Given time, effort, and perhaps a little luck, we could purify and find the 3D structure of these PET degrading enzymes, which would allow us to characterise them, and potentially refine and improve the mechanism of PET degradation for commercial use. 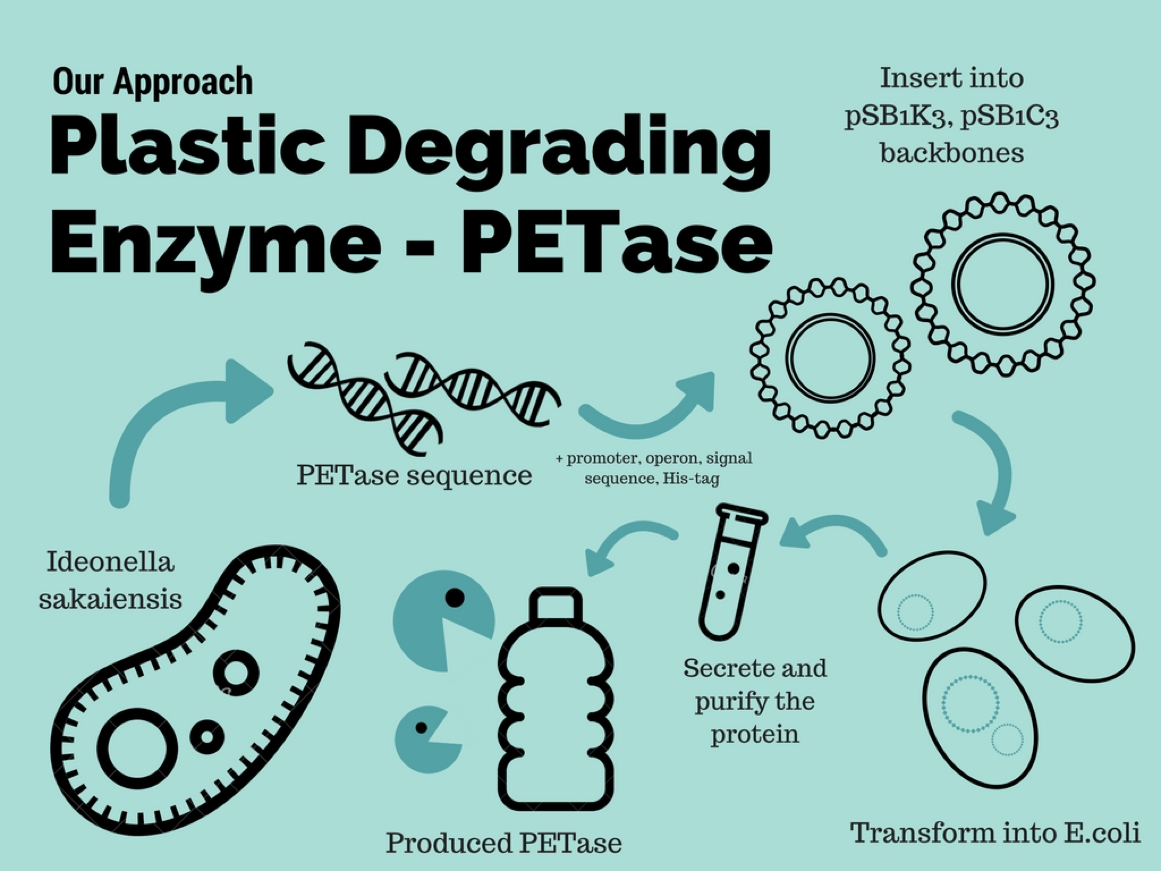 Our part encodes for a protein derived from Idonella sakaiensis first discovered by Yoshida et al. This protein contains 3 domains. The first, a functional domain, has the ability to cleave polyethylene terephthalanie, the main plastic used in bottles world-wide, into a monomer ethylene terephthalate. The second is a linker domain which is able to be selectively cleaved the TEV protease. The third and final domain is a polyhistadine domain allowing for easy purification of the protein by affinity chromatography.

This part was expressed using the T7 promoter (part BBa_1719005) under the control of the lac operator sequence (unpublished).

As a student-led start-up team we decided to approach the Taiwanese teams NTCU and NYMU, who had gone through multiple rounds of iGEM competitions in the past years, to receive some tips and tricks of the competition process and team system development.

Both teams in Taiwan are working on pesticides that are targeted to a specific agricultural epidemic that has caused great loss in Taiwanese farmlands. These teams emphasised raising awareness for the implementation of safe biotechnology into daily use, to elevate the quality of human lives , and the environment. The NTCU Formosa team kindly presented their work to us, as well as sharing details of their past iGEM projects and meet-ups, to give us more of an idea how the iGEM competition works. They elaborated on their human practise projects, which included working closely with the Ministry of Agriculture in Taiwan, and showed their dedication on making the agriculture sector a more biotech/engineering- friendly place. We shared with them the different policies and regulations of New Zealand regarding to GMO products as New Zealand turn out to have stricter regulations on this matter. 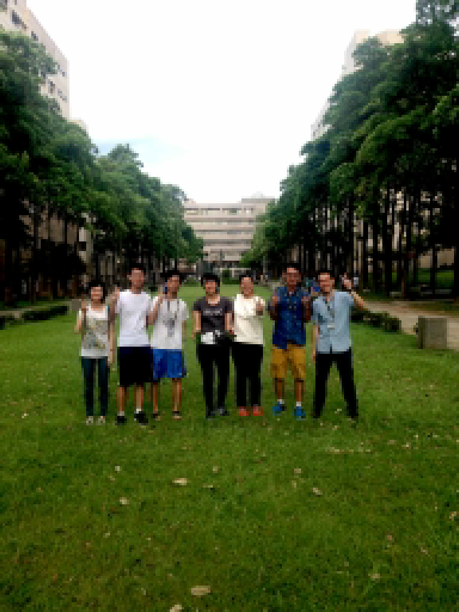 It was lovely meeting up with NYMU iGEM Team team leaders. The team showed absolute dedication and passion on both the lab and human practise. Finding that both teams shared the same vision of bringing positivity into our communities by utilising our bioengineering knowledge, it was not hard at all to fit into this passionate team. The team leaders showed us around their lab area and kindly shared their detailed and well planned perspective on their human practice project which most definitely broaden our horizon as a start-up team on how extensively an iGEM can affect and influence the community. We exchanged with them our experience as a start-up team on what challenge we faced just to get the team together as we are all interested to know what would be the different kind of administrative barriers from a team that have a developed system and a newly set-up. We concluded that the main difference would be the focus that shifted from the system development of the sub-teams and relationship building with the University to inter-team communication and interaction within team members. This is discovery will assist with both teams sustainability in iGEM competition in the future to come. 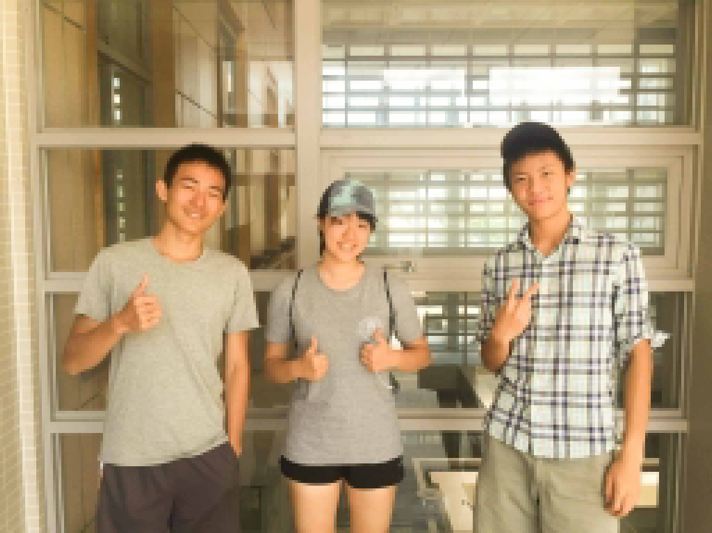 In true ANZAC spirit, iGEM UoA collaborated with the iGEM team from the University of Sydney. An initial introductory skype session allowed us to meet, give one another a run down on our respective projects, and to figure out how we might be able to assist each other.

We found that the best way the UoA iGEM team could help the Sydney team would be to liaise with large New Zealand horticulture companies on their behalf. This was done, and a relationship was established with Turner’s and Grower’s NZ who were able to provide the team from Sydney with valuable information regarding the influence of fruit ripening on the produce storage and transportation industry.

Members of iGEM UoA were also able to fill out a survey provided by the iGEM Sydney, and distribute this survey to other people in order to assist them in their data collection.

To help us at iGEM UoA, the team at the University of Sydney provided their laboratory protocols for His-Tag purification and IPTG Induction. These proved useful as resources in iGEM UoA’s own experimental design. Our Sydney colleagues also liaise with Australian Waste Management Firms on our behalf.

Other Teams Working on Plastic

Main iGEM method of getting rid of Plastic:

Remove or reuse or Make biodegradable ones Is that all the we’ve got?

GReen tech tackles the problem - how to combine all methods to tackle plaste waste problem?

Our team has used two bacterial chassis for our experiments. Escherichia coli strains DH5 alpha (for DNA work) and BL21 (DE3; our expression strain). Both of these strains are risk group 1 organisms which do not cause disease in healthy adult humans. Our genetically engineered bacteria will pose no risk to humans as both strains have been developed to not produce toxins and cannot survive in the human digestive system. However, when working with GMOs containment is also an issue. This is because any cells that manage to get into the environment could have wide-ranging effects on our ecosystem via the transmission of genes across/within species, such as antibiotic resistance.

Fortunately, both BL21 (DE3) and K12 strain derivatives such as DH5 alpha are attenuated, meaning that many genes/pathways that would confer a selective advantage in the environment have been removed. Even so, our lab team has taken the necessary precautions when conducting research to ensure that we have kept our bacteria contained. We wear coats and disposable gloves when working in the lab, all cultured bacteria are disposed of with Virkon and autoclaved. We have spill kits in the lab, as well as safety showers and fire extinguishers, and follow all standard PC1 (i.e. BSL1) containment procedures.