We define social entrepreneurship as the manifestation of world-changing innovation. The iGEM competition encourages fabrication from theory to physical conception. Continuing this trend, we plan to introduce our device as a marketable tool for industry use. We have coined the name “Leu-Lock” as the name of our mutant synthetase. We aim to produce Leu-Lock on a marketable scale and provide scientists with affordable, robust biological containment.

teams from 2013 and 2015 have been uptaken by this institute for continuing project development. One option is
application to the nanoSTAR institute.

The second possibility is a partnership with Charlottesville Open Bio Labs. Shaun Moshasha is the founder
and a Virginia iGEM alumnus. Open Bio Labs is a public lab that provides workspaces for independent projects, specifically
in synthetic biology. As it is within the confines of UVa’s campus and provides partial project funding, our first choice is to
work within the nanoSTAR institute. However, Open Bio Labs provides a feasible second option.

In our early production stages, we will acquire a small number of local clients to incorporate our device into their biosafety practices. We will use this period of condensed production to asses our device in vivo. We will optimize production cost, efficiency rates of cellular transformation, and assess customer feedback to optimize distribution methods. We will continue to acquire clients, which in turn will yield greater quantities of industrial application data for assessment. We will network with potential clients through the expert consultants we enlisted during the summer, UVa alumni with ties to the biotechnology industry, advertisements through social media, and scientific newsletters.

The University of Virginia offers student legal services at very low cost; most of the base cost is covered by tuition fees. We will consult with intellectual property lawyers to write a provisional patent. We will finalize and submit our patent while concurrently conducting our preliminary lab research. In this way, our patent and preliminary research will finalize at nearly the same time, expediting the process of bringing our product to market.

Among all else, our primary mission is to bring a robust, affordable biocontainment method to industry. Rather than spend what could be years expanding our production scale, we plan to license our intellectual property with shared profits to established manufacturers. This will ensure that our product addresses the needs of the scientific community as quickly as possible. This method is also more feasible than establishing a macro-scale production line from scratch.

The iLAB at UVa’s Darden School of Business is an incubator we can access for advice on business development. The iLAB is currently hosting over 20 student-run companies. The iLAB sponsors the Entrepreneurship Cup, which we are competing in, and offers business consultation and possible prize money to competitors. The iLAB provides access to over 30 mentors with experience starting their own companies. We plan to utilize this resource to polish our business acumen and prepare to introduce our product to market.

After assessing data from our preliminary research trial period, we will develop a manual to ensure correct use of our product. The manual will contain laboratory methods as well as biosafety guidelines, defining appropriate applications of Leu-Lock and synthetic translational control. 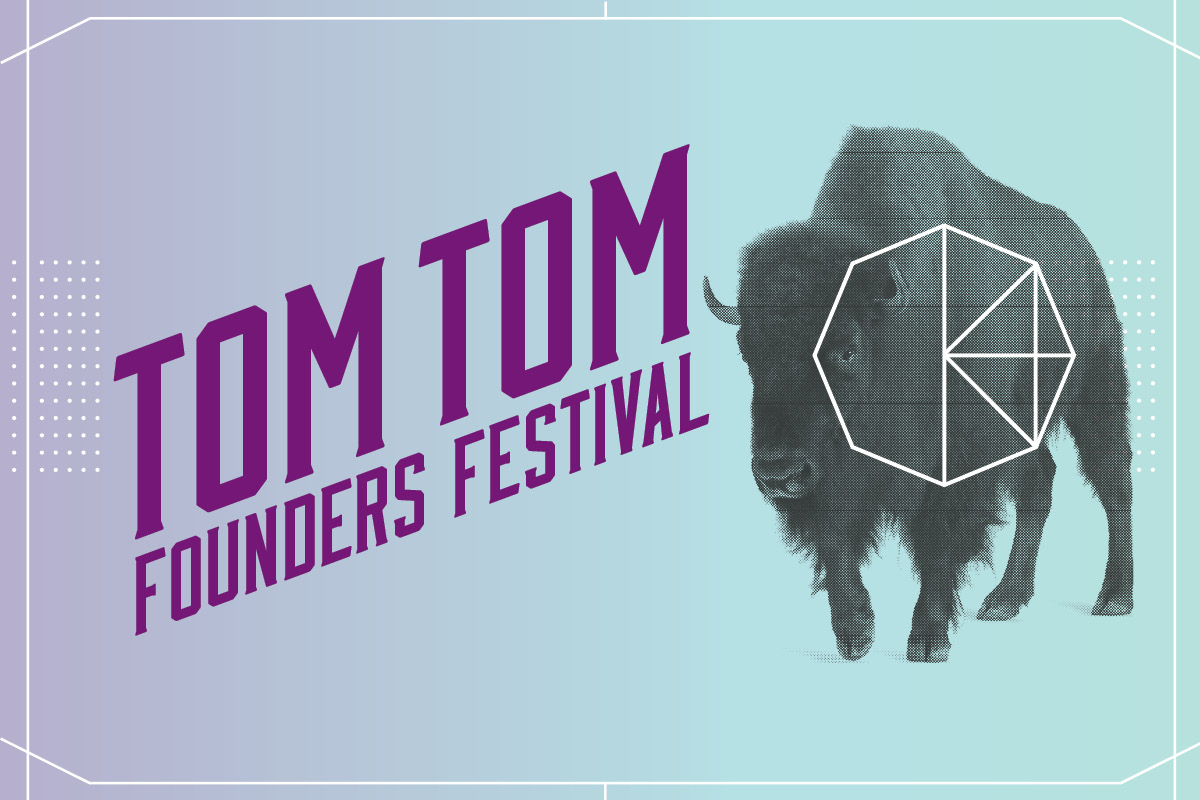 
The Tom Tom Founder’s Festival hosts the annual UVa Entrepreneurship Cup (E-Cup). This three-stage competition culminates with a grand prize of $20,000. Two past winning projects, Phage Flag and Agrospheres, were based on Virginia iGEM projects. Aside from potential prize funding, the E-Cup provides excellent networking opportunities.

Alex Zorychta, an iGEM alumnus, runs the Works in Progress program at UVa. He specializes in connecting start-ups with possible funding sources. We have met with Alex on several occasions. He has acted as a consultant on our business model and has expressed interest in connecting us with possible investors. We plan to compete in the 2016 E-Cup. We will also apply for grants within and outside of the University of Virginia to fund the preliminary stages of our continuing research. Our submission document for the E-Cup can be seen below:


Synthetic biology is a burgeoning field that blends interdisciplinary concepts from the fields of engineering and inquiry biology. Eons of evolutionary development have conceived intricate biological systems whose complex efficiencies are inimitable. Rather than attempt to mimic these systems, synthetic biologists aim to understand and redesign biological pathways.refReference:
Biello, David. "Genetically Modified Crop on the Loose and Evolving in U.S. Midwest." Scientific American. N.p., 06 Aug. 2010. Web. 08 Oct. 2016. These “biological devices” can be implemented to address needs in industries like polymer manufacturing, environmental welfare, pharmaceutical synthesis, and agricultural nutrient enrichment. The field carries critical innovations; but many have yet to be implemented.

Public opinion surrounding genetically engineered organisms (GEOs) is less than savory. Much of this stigma resides in a media fog stemming from corporate intellectual property scandals during the late 2000s.refReference:
"Monsanto vs Farmer." The Grand Disillusion. N.p., 23 Apr. 2009. Web. 14 Oct. 2016. refReference:
"Schmeisers Battle for the Seed." Schmeiser's Battle for the Seed. Institute of Science in Society, n.d. Web. 14 Oct. 2016. Certain corporations leaked modified seeds into other farms, and preceded to sue those farms for ownership of their crops. This act created a misattributed criticism of GEO crops themselves. However, concerns about environmental and human health are warranted. Mainly, we do not know enough about long term GEO applications to know what effects they will have on human health or larger ecosystems.refReference:
Department of Health and Human Services (2016). NIH Guidelines for Research Involving Recombinant or Synthetic Nucleic Acid Molecules (National Institute of Health).

Our assessment of GEO health effects is limited by time; we simply must wait for mammalian studies to run their course. For example, benefactors of the Golden Rice Project, an enriched grain used to mitigate vitamin A deficiency in South America, provide a data set of GEO consumers whose health can be observed for years to come.refReference:
Courtesy Www.openwebdesign.org / Modified: Jorge Mayer. "Golden Rice Project." Vitamin A Deficiency. N.p., n.d. Web. 14 Oct. 2016. We cannot expedite research for any application regarding human consumption, but we can address applications for industrial and environmental use. The biggest concern with GEOs is their potential unintended spread into the environment, because the side effects of this spread are unknown. Rather than wait decades to amass enough data to form a responsible analysis, we propose a device that prevents spread from inception.refReference:
By Re-designing/refactoring a Simple Living System We Hope to Learn How to Better Couple (and Decouple) Our Designed Systems from Their Host Environment. "Synthetic Biology: FAQ." OpenWetWare RSS. N.p., n.d. Web. 08 Oct. 2016.

“Biological containment” is a new concept in synthetic biology that aims to control the range in which GEOs can live. For example, consider the implications of oil spills. How could we solve this problem using synthetic biology? Microbes exist that carry genes for petroleum digestion. By making a few slight genetic modifications, we can engineer a bacteria strain to digest petroleum into safe compounds at more efficient rates.refReference:
"Meet the Microbes Eating the Gulf Oil Spill [Slide Show]." Scientific American. N.p., 15 Aug. 2013. Web. 08 Oct. 2016. This seems like a sustainable solution, but how do we prevent this modified bacteria strain from leaking into the external environment after it has done its job? Biological containment, or biocontainment, offers innovative solutions to these problems. By focusing on internal instead of external factors, biocontainment provides a genetic invisible fence for GEOs.

Kill switch mechanisms involve the addition of a toxin/antitoxin “switch” gene that kills cells when it is activated. Consider the oil-eating bacteria described above. Suppose we encode a gene, TOX1, that causes toxin production unless the bacteria is in the presence of petroleum. Now, bacteria cells can function normally until the petroleum is depleted, at which point the cell dies.refReference:
Helen Knight | MIT News Correspondent. ""Kill Switches" Shut down Engineered Bacteria." MIT News. N.p., 11 Dec. 2015. Web. 08 Oct. 2016. These methods are easy to implement compared to other forms of biocontainment. For example, a team of undergraduate students from Delft University of Technology in the Netherlands successfully developed and implemented an E. coli kill switch over the course of four months. Kill switch methods are great, when they work. Often, however, selective pressures allow cells to escape the kill switch mutation and revert to their normal state. In short, kill switches are relatively quick and easy to implement, but also allow for easy escape.

Conversely, protein engineered auxotrophy (PEA) methods provide robust containment, but are too specific; they are limited to single pathways in specific organism strains. In PEA mechanisms, genes for specific proteins are recoded to accept synthetic amino acids in place of naturally occurring amino acids. Only humans can provide the synthetic amino acid, which cannot be found in nature.refReference:
Kato, Yusuke. "An Engineered Bacterium Auxotrophic for an Unnatural Amino Acid: A Novel Biological Containment System." PeerJ. PeerJ Inc., 2015. Web. 08 Oct. 2016. Basically, the cell is put on a very specific diet, and scientists control the food supply. While robust, PEA methods are restricted to a single pathway in a single strain or species. Every iteration constitutes its own independent project started from scratch. While effective, PEA methods are highly inefficient.

Our proposed method, Synthetic Translational Control, provides the robustness of PEA methods with the efficiency of kill switch designs. Rather than target an exclusive biological pathway, we intentionally selected a universally conserved enzyme, leucyl tRNA synthetase. Cells are constantly making proteins. Amino acids, the building blocks, are carried to a growing protein chain where they are added as “links”. There are 20 common amino acids, each with a unique tRNA molecule that carries the acid to the protein chain. Leucyl-tRNA synthetase, our target enzyme, allows leucine, an amino acid, to bind to its unique tRNA. We coined the name “Leu-Lock” for our mutant enzyme because our system targets a leucine pathway to “lock” the organism to a specific area. Unlike PEA methods, this type of protein targeting does not require recoding to accept synthetic acids, and therefore requires less time to implement. Our method also targets a universal system versus a strain-specific pathway.

Protecting groups are secondary chemicals that can be reversibly added to other molecules. In the lab, we add a special protecting group to leucine. We modified the leucyl tRNA synthetase enzyme to accept only the protected form of leucine and not the normal form. Unlike PEA methods, this protecting group is cleaved after the protected leucine is taken up by the enzyme. This means leucine maintains its normal structure when it is added to the protein chain.

We are making alterations to leucine to allow it to pass through a detector that we created within the cell. This allows us to control the leucine supply to the cell. By controlling the nutrient supply of a cell, we control the longevity period of the strain. We can continue to feed the cell protected leucine until it has finished its job, then we can withhold protected leucine. The strain will die and will not proliferate into the ecosystem.

We consulted with industry experts to determine feasible applications for Leu-Lock. We personally interviewed over ten biocontainment and biosafety experts and toured potential client sites, including Rivanna Waste Treatment in Charlottesville, VA. We determined that the best application for our project is within short-term open environment GEO applications. This includes bioremediation efforts, such as cleaning up oil spills. We plan to market as an optimized chemical reagent kit that allows scientists to implement our containment mechanism in the GEO of their choice with ease. Synthetic translational control promises new potential for once unusable GEO applications. Incorporating the best aspects of previous biocontainment methods, we provide a novel, efficient, and robust mechanism for safe, responsible GEO use.