On June 11th, we participated in WPI’s TouchTomorrow event. This is a STEM event geared toward the community to help educate children and their families about different science, engineering, technology, and mathematics related topics. Through this event we were able to teach the community about important topics relating to biology and interacted with over 400 people. The activities that we held at TouchTomorrow were adapted from the protocols in the Synthetic Biology Teacher Curriculum designed by the iGEM Team at The College of William and Mary. 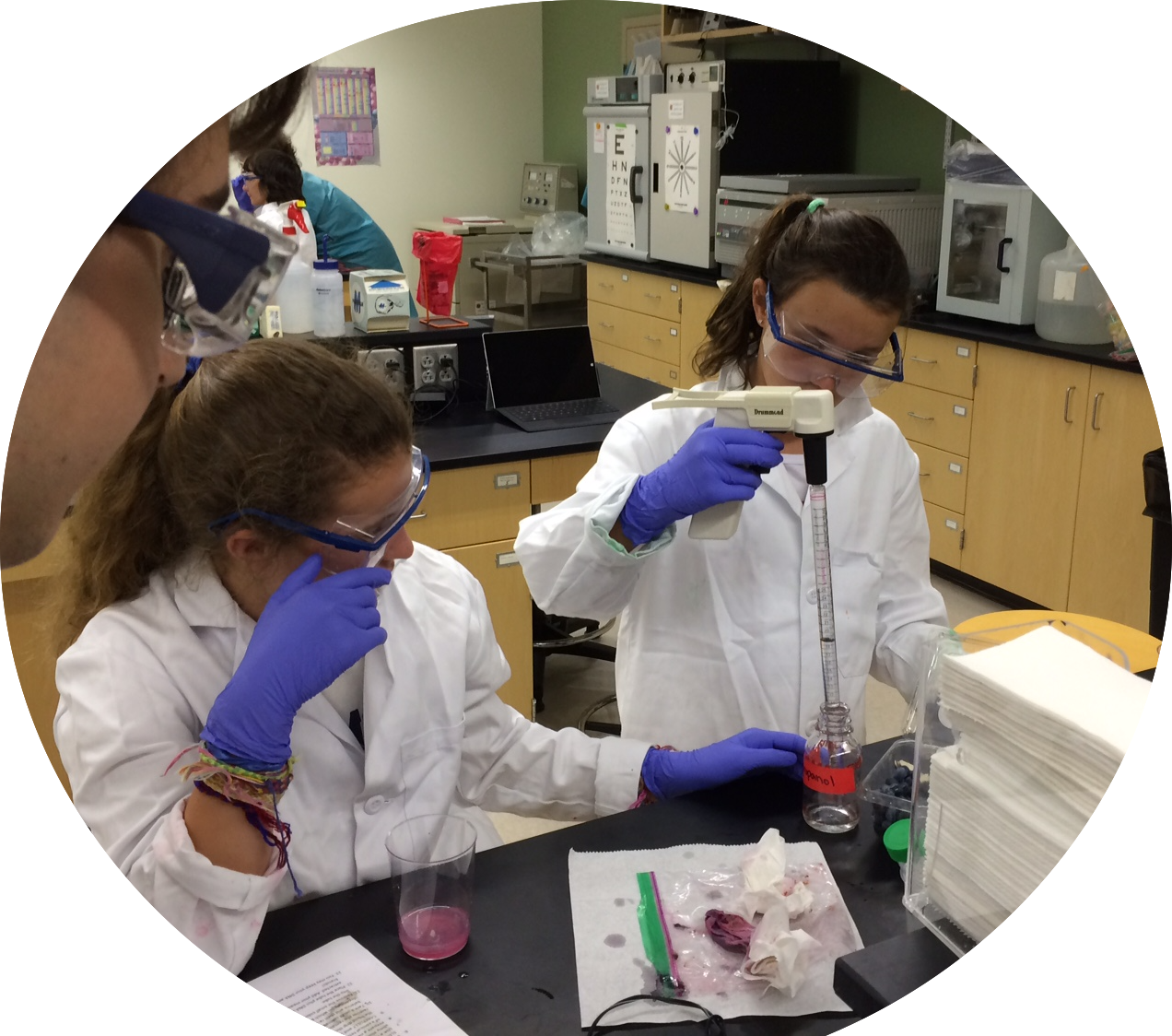 DNA Extraction
This activity allowed children to extract the DNA from strawberries in order to better understand how small DNA is. Using an extraction liquid (comprised of water, salt, and dish soap) along with isopropanol, they were able to extract white DNA from squished strawberries. Using a coffee stirrer, the children were then able to remove the DNA from strawberries and put it into a colored centrifuge tube. We then placed the centrifuge tube on string and the children were able to bring home their DNA. This activity was supplemented with a poster explaining what DNA is and what it does. Nearly 20 Ibs of strawberries were used for this activity! 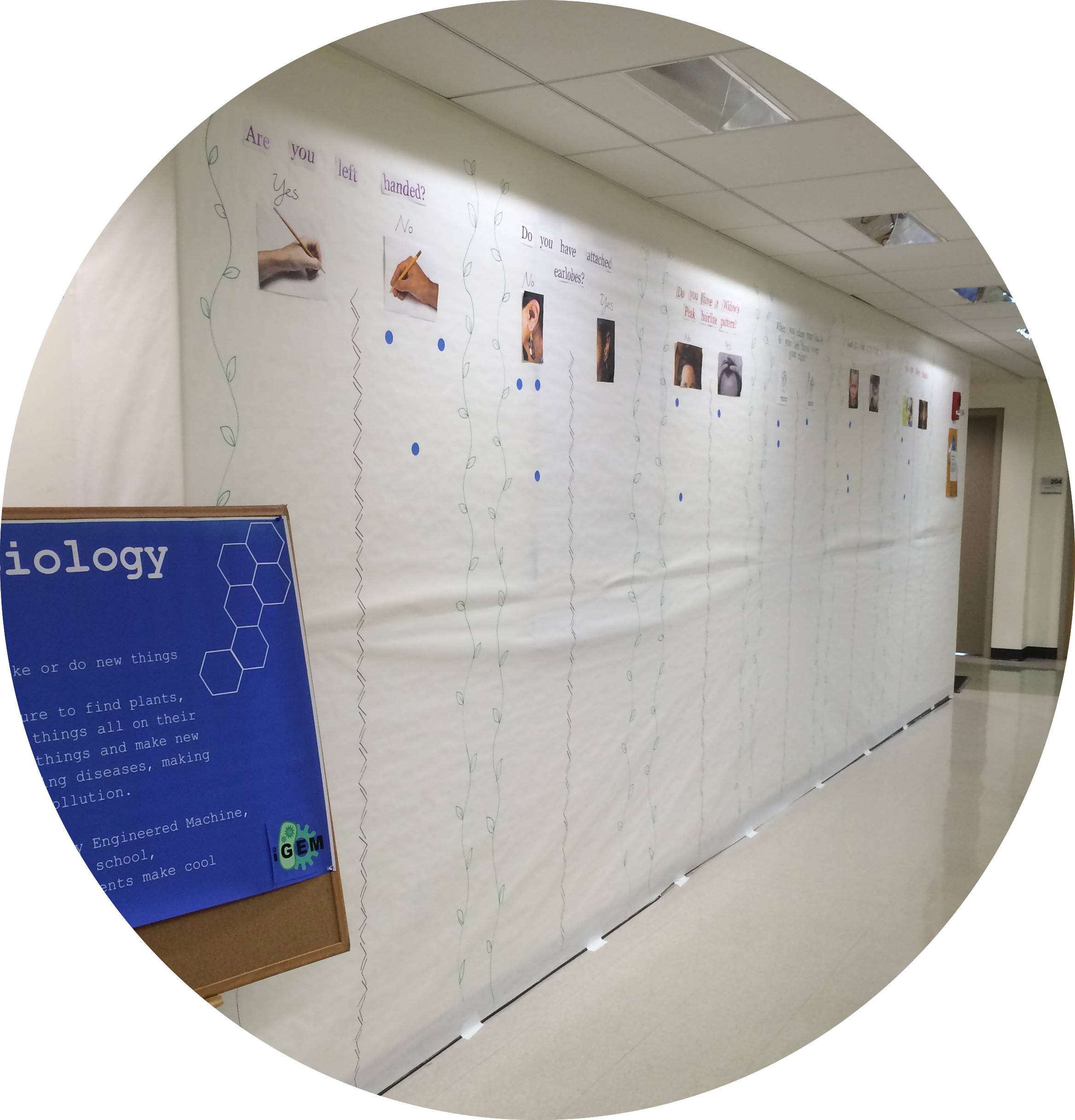 Wall of Traits
This activity allowed participants to put stickers into different columns depending on the genetic traits that they had. We covered an entire wall with paper and made columns based on either or questions relating to genetic traits, such as having a widow’s peak or not. Children were able to see that many of the traits that their parents or siblings had were the same as theirs. This activity was supplemented with a poster explaining the role that genes play in determining traits. As the day went on the wall became filled with dots, allowing us and attendees to see the prominence of certain traits within our community. 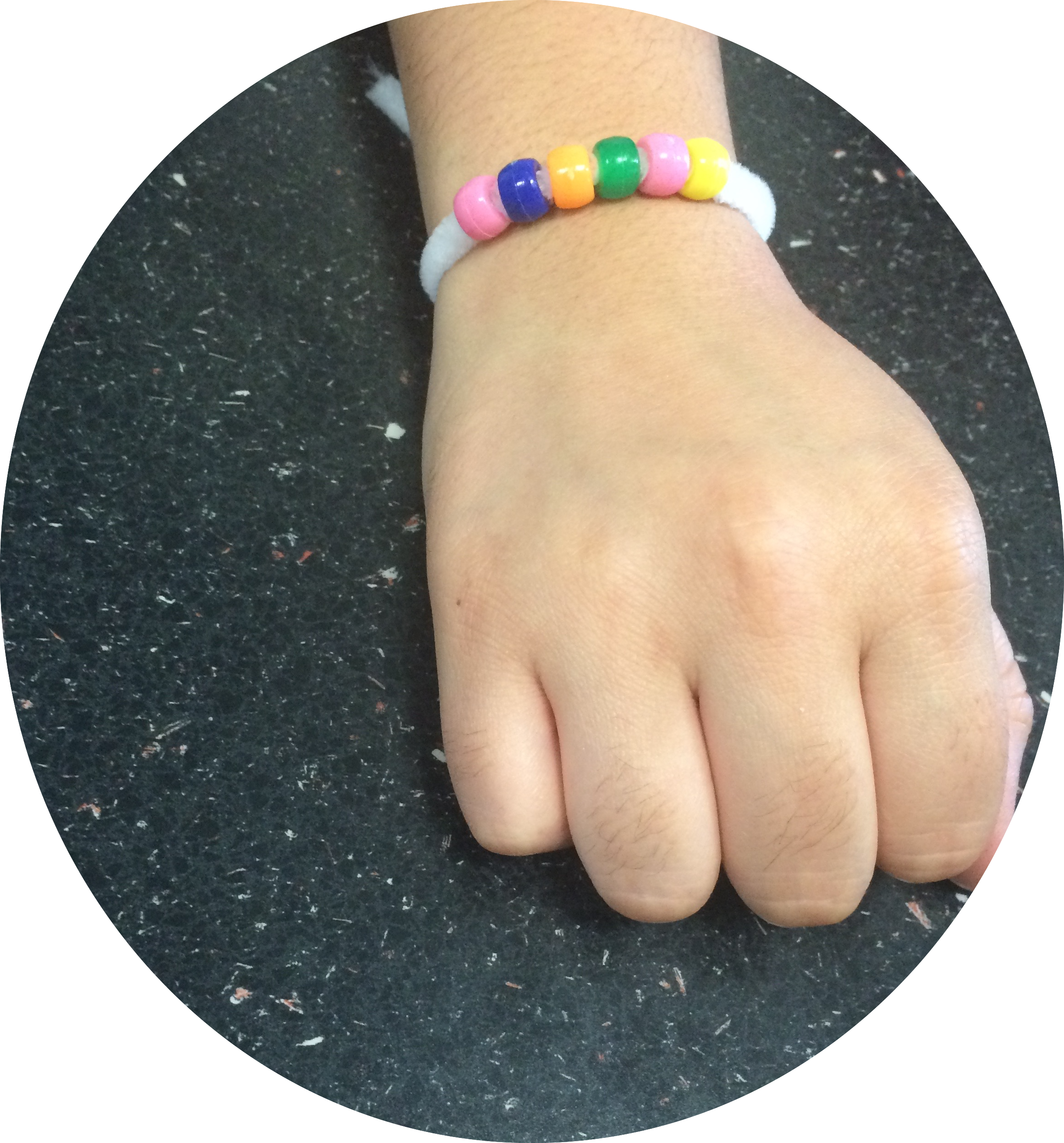 Trait Bracelets
This activity corresponded to the traits used in the Wall of Traits. Each question that the participant answered for the wall had a corresponding question for the bracelets. Each answer to the questions had a corresponding colored bead. Each participant ended up with seven beads on their bracelets. Older children and adults were able to recognize that their bracelets were similar to people they were related to because of traits being passed down from their parents. 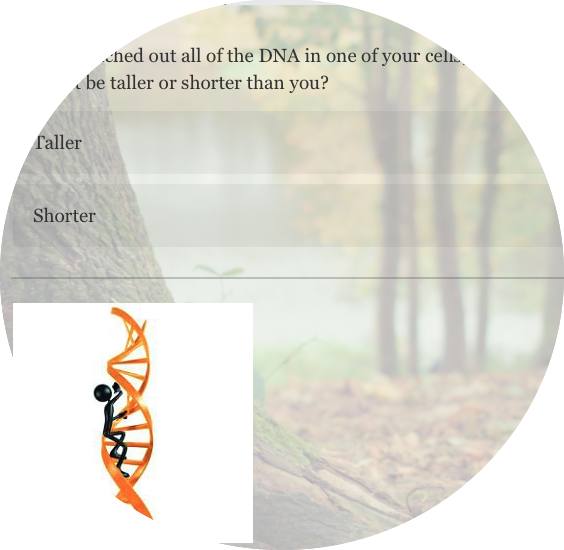 Size of Things Quiz
This activity allowed participants to test their knowledge about the relative size of things relating to biology and synthetic biology. Using the survey platform Qualtrics, we designed a five questions quiz with fun facts to help people better understand the size of things. At the end of the survey we asked demographic questions in order to find out if children under 18 know more about biological concepts than adults over 18. However, after looking at the data ee found no correlation between age and knowledge of biology concepts. 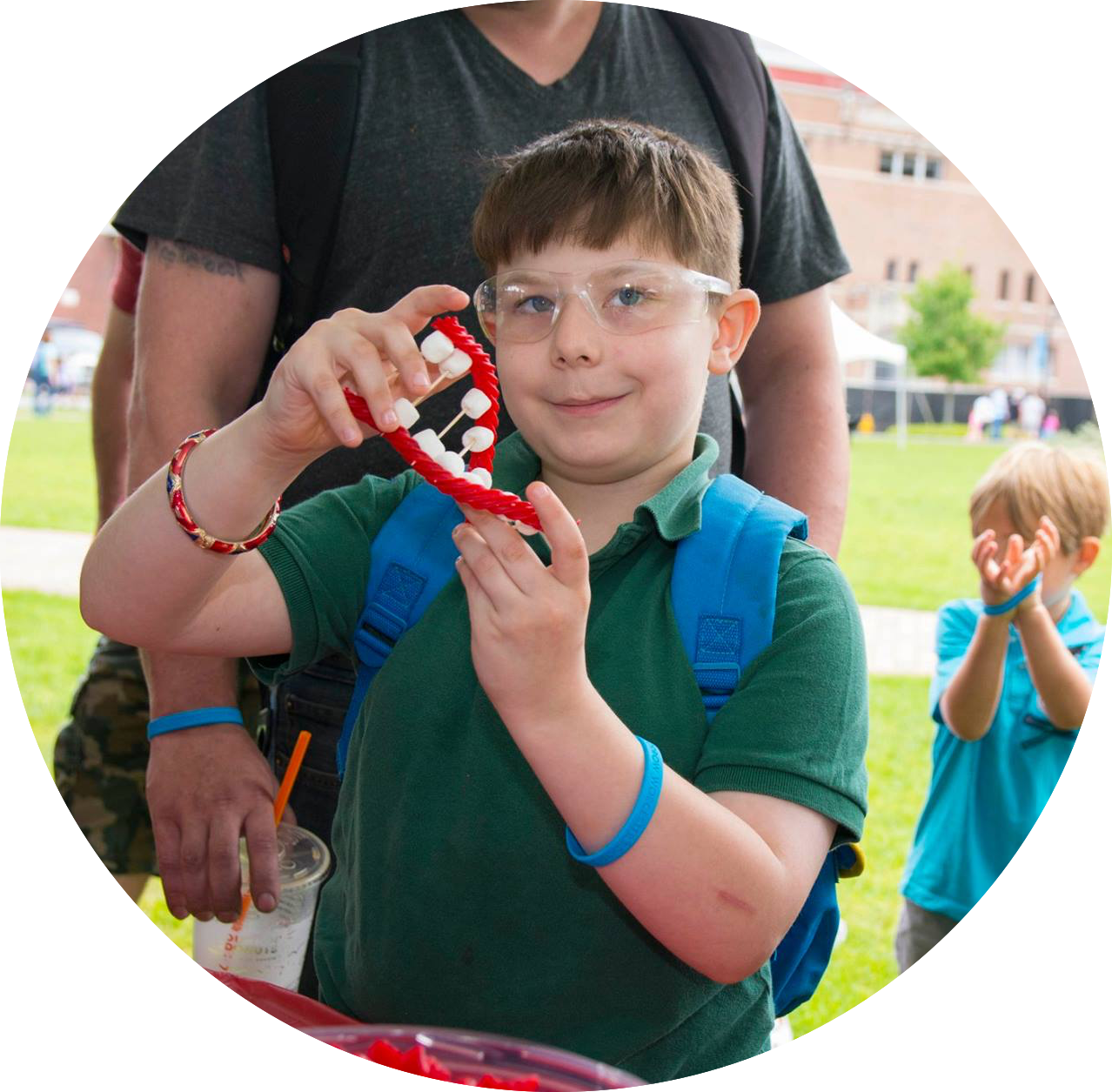 Twizzler DNA
This activity allowed participants to learn more about the structure of DNA. Children used twizzlers as the backbones and marshmallows as the nucleotide bases. The marshmallows were colored and each corresponded to a different nucleotide. This activity was supplemented with posters about the four different nucleotide bases and the way that they interact with each other. Once the structure was put together, the children could twist it to make an accurate representation of the structure of DNA. 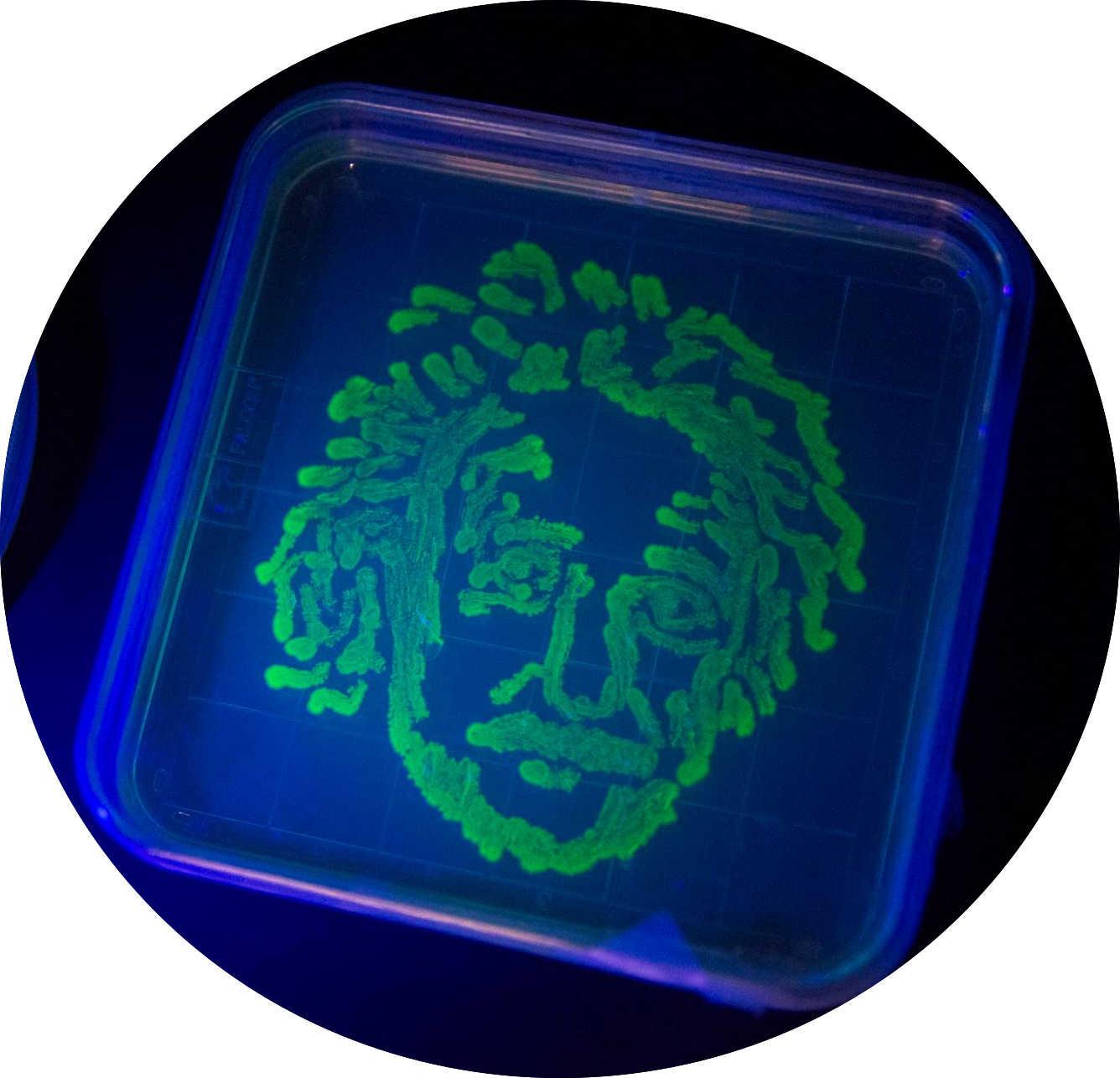 Fluorescent Bacteria
This activity allowed participants to learn about transforming genes into bacteria from other organisms. We drew pictures on agar gels using red and green fluorescent bacteria. Some of the most popular works of art included Albert Einstein, Dory and Nemo, and Spiderman. We also created a tic-tac-toe game out of single petri dishes. Using a UV flashlight, the children were able to look at the art work and the game as they glowed. This activity was supplemented with a poster to show how the genes are transferred from one organism to another. 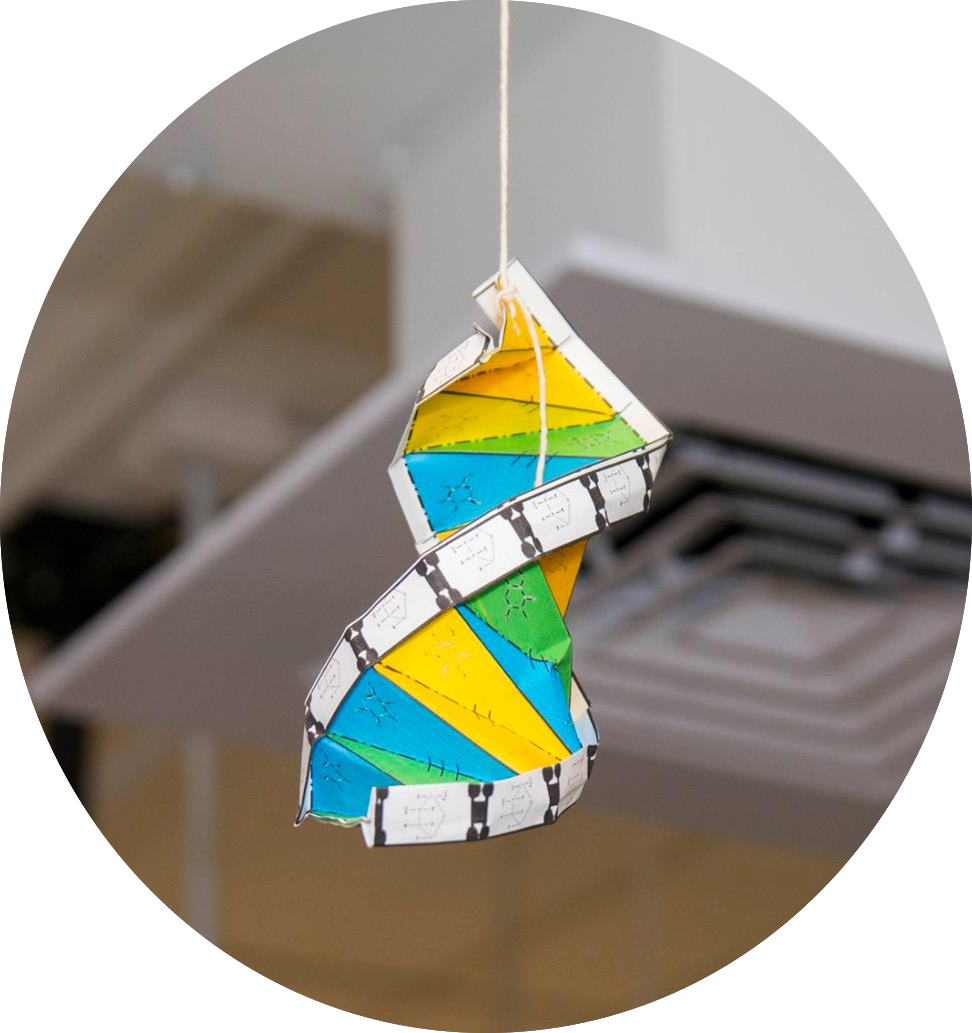 DNA Origami
This activity allowed participants to fold paper into the shape of a coiled double helix. We hung these from the ceiling in the lab during TouchTomorrow and attendees were able to bring their origami home!

On July 20 we participated in the Women in Science summer camp hosted by WPI. This camp gives middle school girls the opportunity to learn more about different STEM fields. We had 30 girls come and learn about synthetic biology. Using activities adapted from the Synthetic Biology Teacher Curriculum designed by the iGEM Team at The College of William and Mary we were able to teach these girls about what we do every day as synthetic biologists. 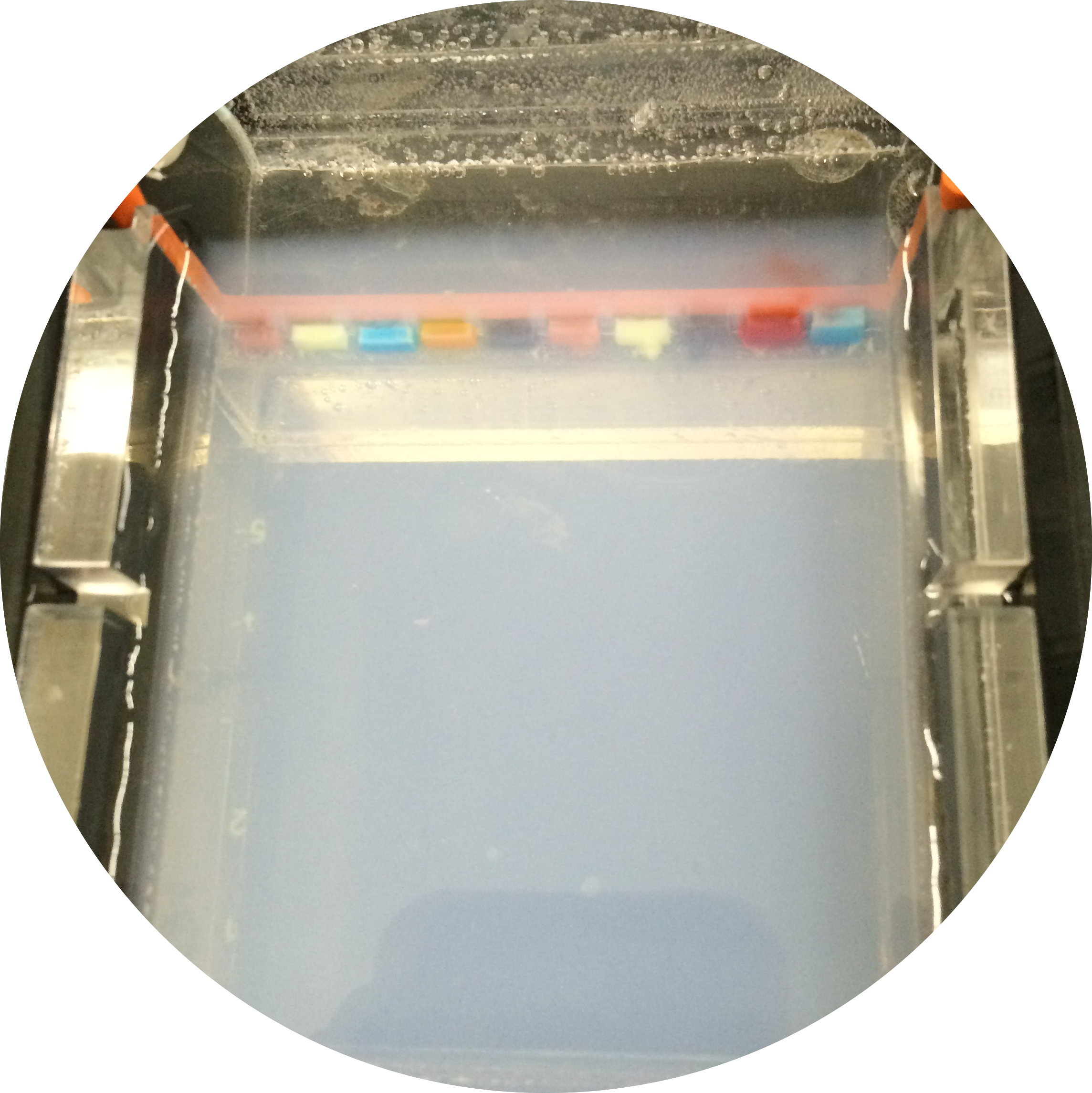 Colorful Gels
This activity allowed the girls to observe a very common synthetic biology practice. Using salt water gels, they were able to run different colors down the gels. We prepared tubes of color before the girls arrived using water, glycerol, and kool aid powder. After inserting the colors into the gel, the girls were able to watch as the electric current from the power source pulled the colors down the gel. After the gels ran for about 10 minutes, the girls were able to cut out their colored bands and take them home! 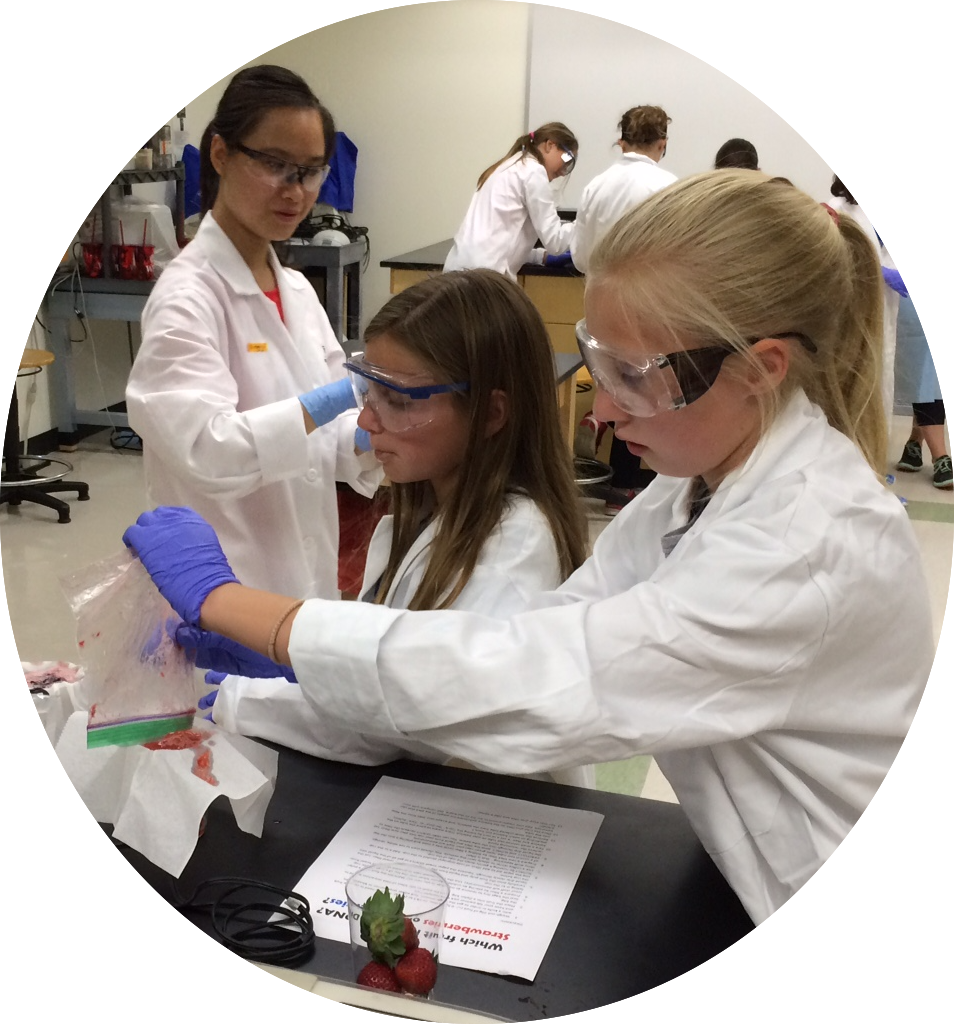 Quantitative DNA Extraction
This activity allowed the girls to get quantitative data by extracting the DNA from both strawberries and blueberries to see which fruit had the most DNA. After weighing out 20g of fruit, the girls added 10mL of the extraction liquid and were able to mass the fruit. After filtering this into a cup, the girls added isopropyl alcohol. After stirring, they filtered the DNA from the mixture into a test tube and recorded the weight of the fruit DNA. By the end of the camp, we were able to collect data comparing the weights of DNA from blueberries and strawberries. We found that the girls were able to extract much more DNA from the blueberries than the strawberries.

All of the data collected from TouchTomorrow and the Women in Science camp was compiled into a report that was sent to the iGEM Team at The College of William and Mary so that they can use our experiences to update their protocols for more effective scientific education for children.