Since we planned to use CRISPR to engineer tardigrades, the Genspace team engaged the public on three occasions around the concepts of synthetic biology and CRISPR in whole organisms.

Public Forum: Should We Engineer the Mosquito?

Genspace team members participated in a public forum at the New York Hall of Science around the concept of releasing genetically modified mosquitos into the environment in order to control the spread of malaria. Although many of the other participants had a scientific background, it was clear that the idea of release of a GMO insect, particularly one containing a gene drive, was something that everyone was hesitant to do. We were broken up into groups to discuss the issues, and the exercise was guided by materials supplied by the Building With Biology kit that was the result of an NSF grant aimed at creating outreach activities around synthetic biology. Almost every group suggested a limited release of a non-gene drive modified mosquito to test the effect on the ecosystem before moving to a gene drive. Perhaps the most difficult question was who should decide how and when the release would happen. Although most people at the event felt that the villagers should have a say, some decided that a higher authority such as the World Health Organization should have the power to release the GMO mosquitos since malaria is such a devastating problem. 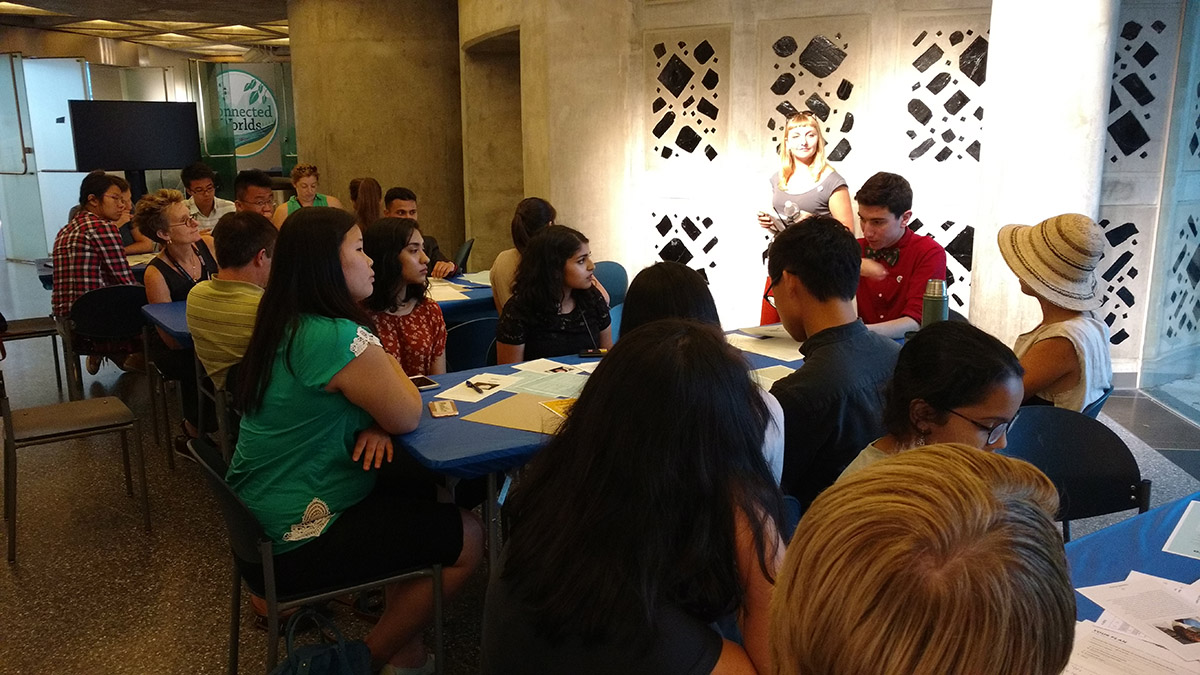 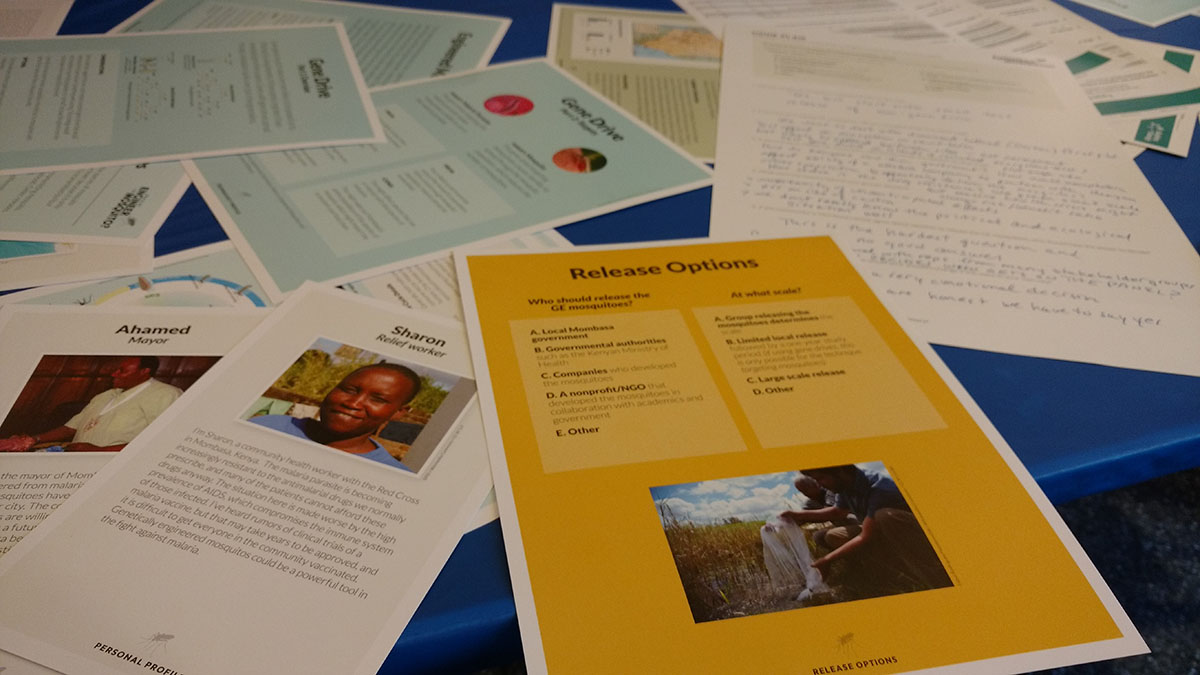 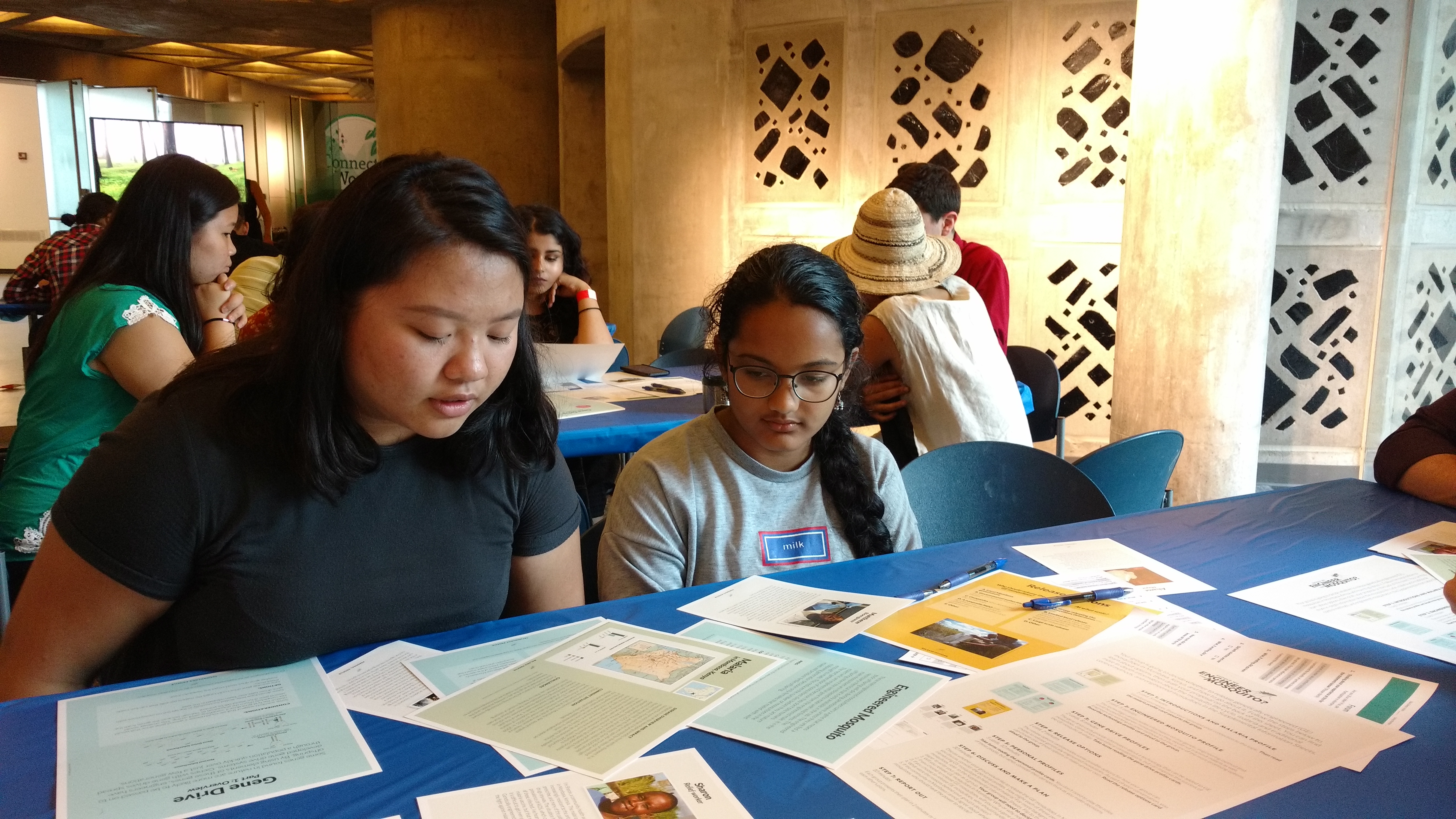 Out team had a booth in the Health Tent area of the World Maker Faire, held on the grounds of the New York Hall of Science. There we had a microscope with a live tardigrade to show people, which was a great intro to our project. We highlighted how synthetic biology is allowing us to move a gene from the organism it is normally found in (tardigrades) to another organism where it may add value. We also talked about our plans to engineer the tardigrades with CRISPR, which led to explanations of what CRISPR is and how it is used. The team also assisted Dr. Jorgensen in giving an onsite workshop where participants used CRISPR to knock out the ADE2 gene in yeast, which results in pink colonies due to a buildup of a red intermediate in the adenine biosynthesis pathway. We were surprised at how few people at the Faire had even heard of CRISPR since it seems like it is everywhere in the news. But when the conversations turned to environmental release of CRISPR-modified organisms, most of the people we engaged with felt it was not a good idea. 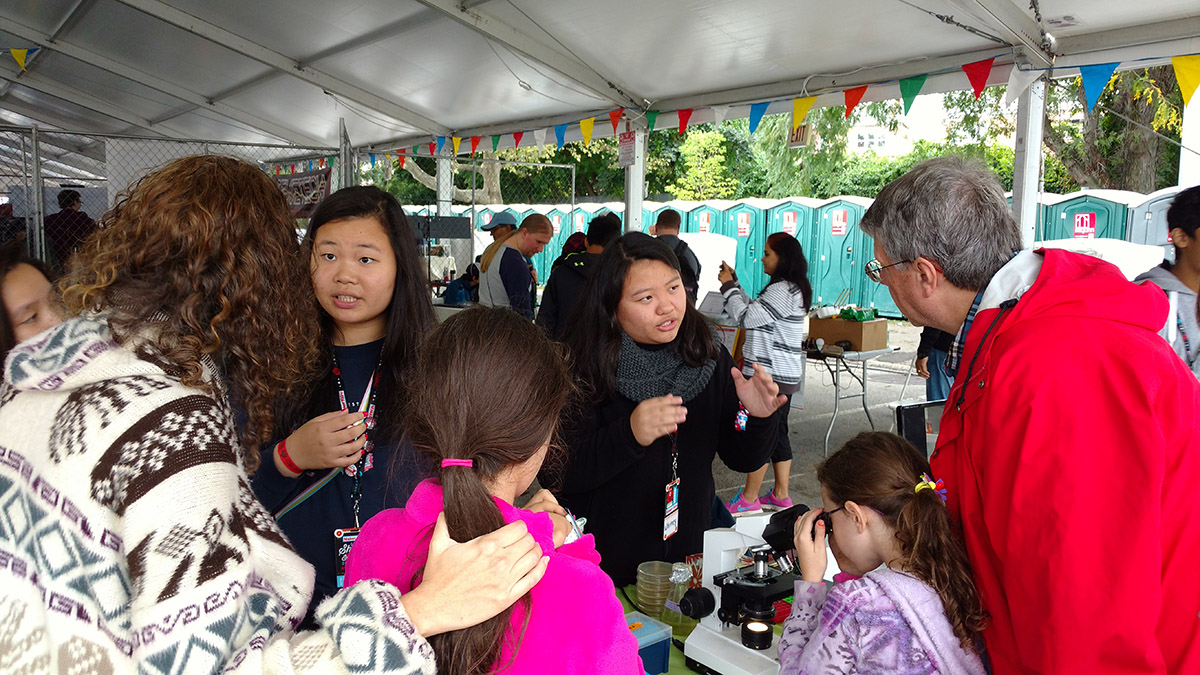 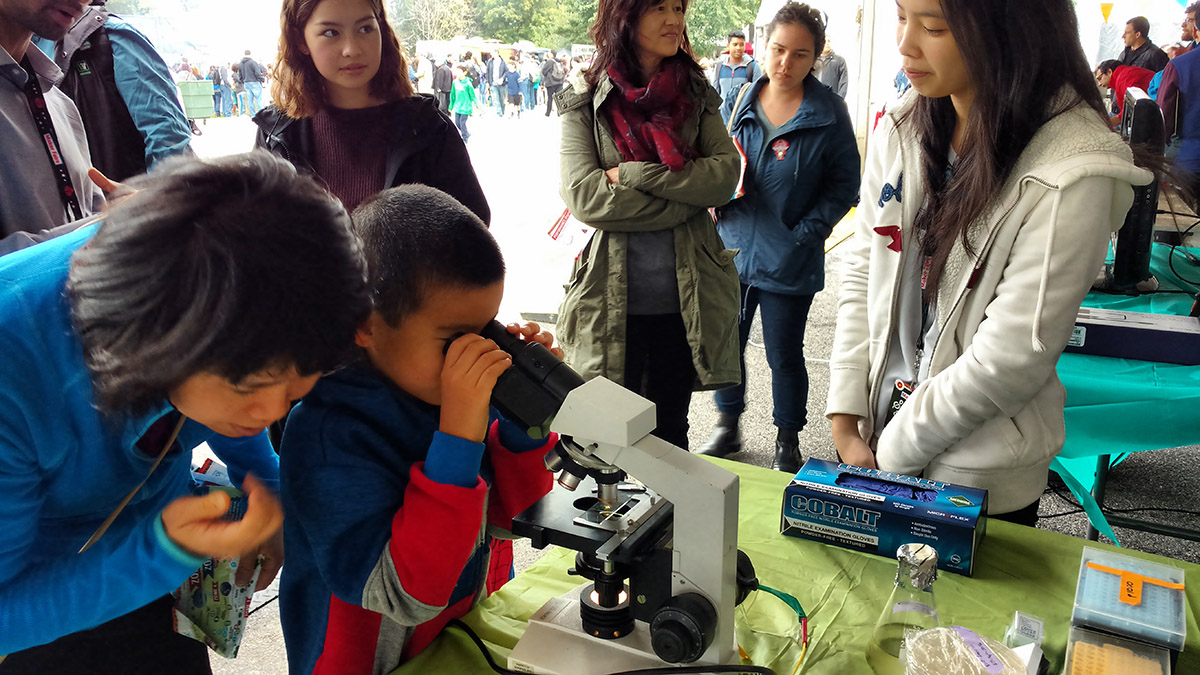 The Genspace team held a special event at this K-8 school to introduce the concepts of synthetic biology and engineered organisms to a young audience. The six activities included imagining positive results such as cures for diseases and acquisition of super powers, a station where you choose to invest “tokens” on different types of research, and a popular strawberry DNA extraction. We found that younger people had a much more positive attitude toward the technology than their parents! 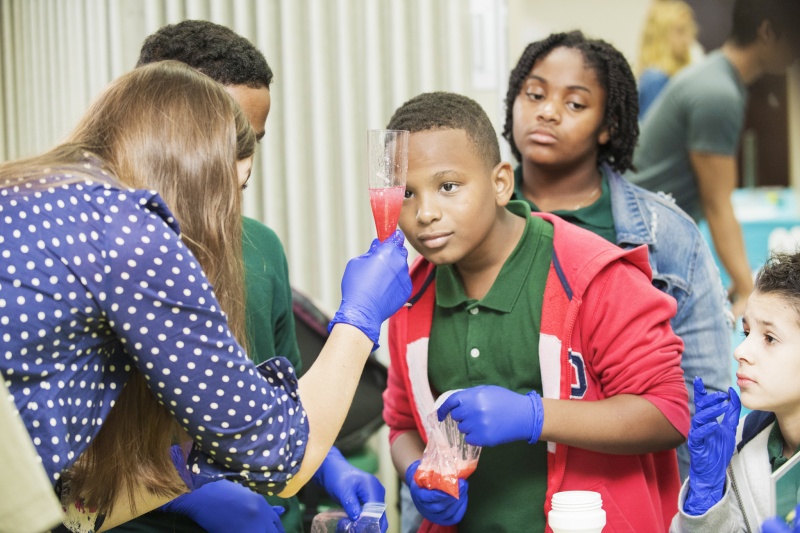 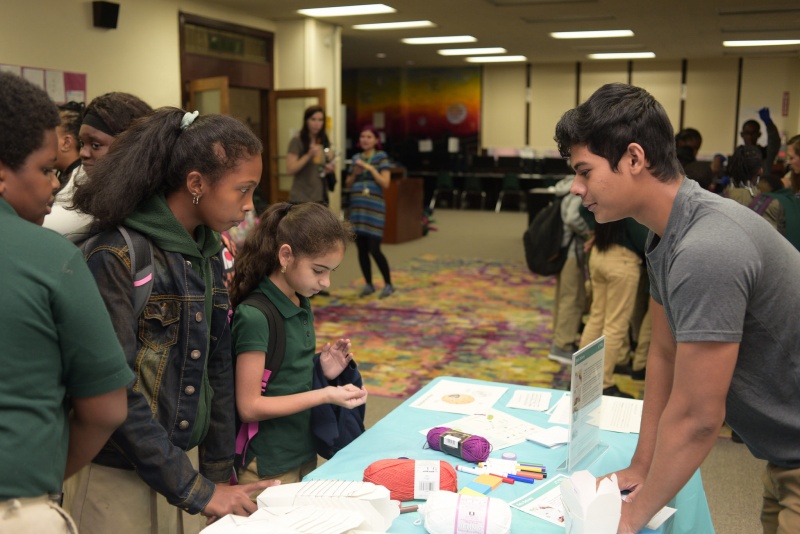 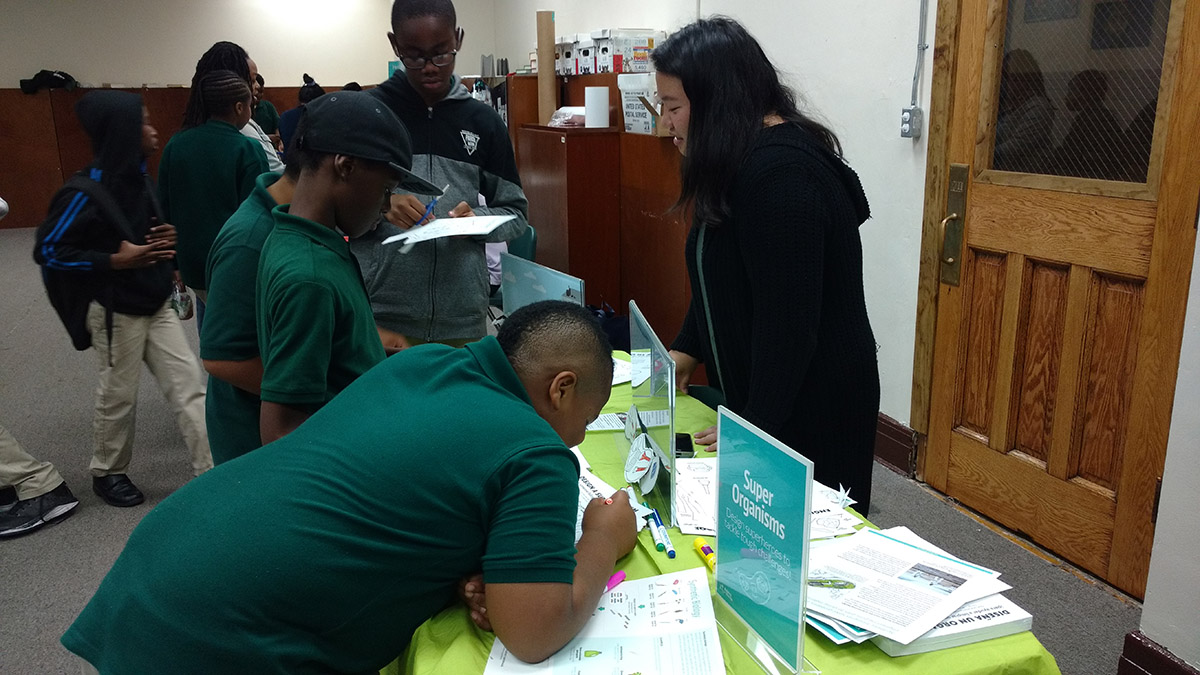 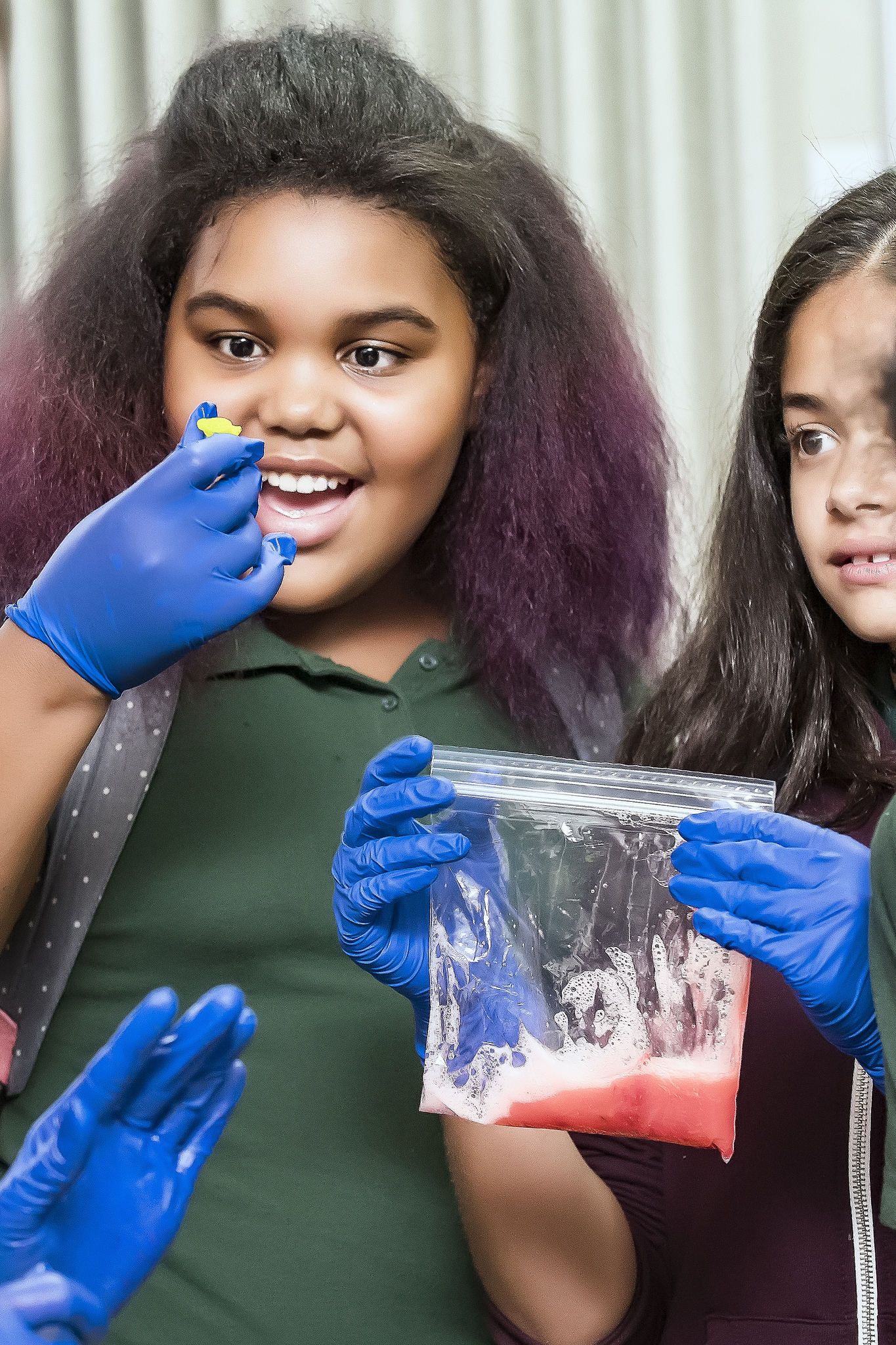 A recurring theme in our public engagement experiences was that the use of CRSIPR to engineer organisms was a general concern, particularly when the CRSIPR system itself was perpetuated. We wanted to respond to this concern by making our use of CRISPR as contained as possible. This was one of the main reasons we took extra care and decided not to use the Cas9 gene but the Cas9 protein itself. In our experiments we microinjected the tardigrades with a ribonucleoprotein particle (the Cas9 protein complexed with guide RNA) rather than a plasmid expressing Cas9 and a guide RNA. This ensures that the system is transitory since both the protein and guide RNA will degrade, and also will not be passed on in the tardigrade progeny. We also were very careful to contain the tardigrades by treating them as we would bacterial cultures and discarding them in the biohazardous waste. Although they are not pathogenic, they could be an invasive species if this particular species of tardigrades is not native to the area, and certainly if we genetically modify them they should not be released into the environment under any circumstances. 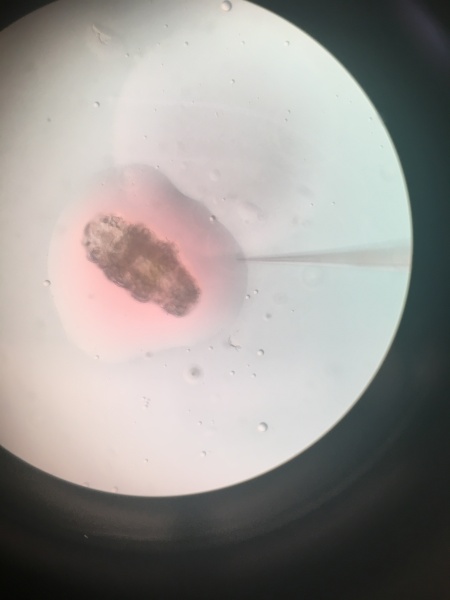 Our design incorporated additional controls used to minimise risk when using the CRISPR / Cas9 gene modification technique. Since we were altering the germline of an organism, one of our primary concerns when considering our experimental design using this system was the possibility of persistence of CRISPR DNA or even unintentionally introducing a gene drive. To eliminate this and minimize risk, we chose to design our experiment in such a way that we did not introduce DNA coding for either the Cas9 enzyme or the guide RNA into the cells of tardigrades. Instead, we chose to microinject ribonucleoprotein particles consisting of the Cas9 enzyme provided by New England BioLabs Inc. and complexed with guide RNA synthesized using the EnGen sgRNA Synthesis kit also from NEB.