We transformed a vector with LacZ from the registry for further cloning, we need this vector to produce another plasmid with an alpha deletion(M15 mutant). 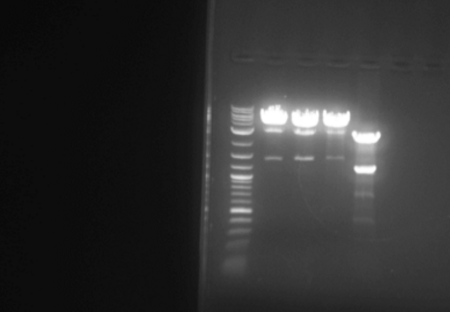 
In order to have a control for our cell-free expression system, we cloned LacZ into the protein expression plasmid to compare LacZ expression to expression of our system with and without the presence of its target protein. 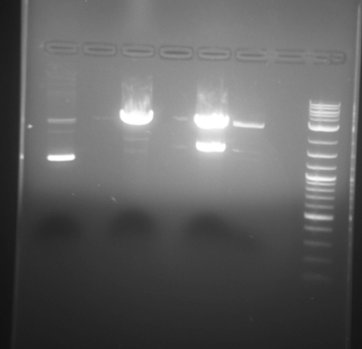 
Proximity dependent ligation allows our system to only be activated in the presence of its target protein. We decided to test our system using thrombin as a proof of concept.

In this assay we aim to see the probes and connector ligated in the presence of thrombin, this should be about 300 base pairs long. In the absence of thrombin each component would just be floating in the solution unable to bind to each other, the probes are 145 and 163 base pairs long. Since we are trying to see the size of single stranded DNA bands, which can be difficult to visualize with ethidium bromide, we used SYBR Gold dye for staining.

We also wanted to test which connector binds the best out of three different length connectors, we set up three reactions without thrombin and three with thrombin, using different connectors, making a total of six reactions. Samples were left incubating at 35C for 9 hours and heated to 70C to deactivate ligase and melt the connector-probe interactions. The first three lanes have the different sizes of connectors in ascending base pair length (going from left to right), no thrombin was added to the first three lines. The next three lanes are identical except they also contain thrombin. The last lane is probe 1 alone without any other reaction components added. The bands observed for probe 1 alone seem to suggest that two common conformations for probe 1, an unfolded conformation which is observed to run at approximately the position of the 100bp band on the ladder, and a folded conformation which runs farther down on the gel. The bands for the ligation reactions do not seem to show significant ligation activity, because there is no clear high molecular weight band; however, there may be a small amount of ligation occurring in lane 5, the reaction with the 3C connector and thrombin added, evidenced by the faint high molecular weight band in that lane. 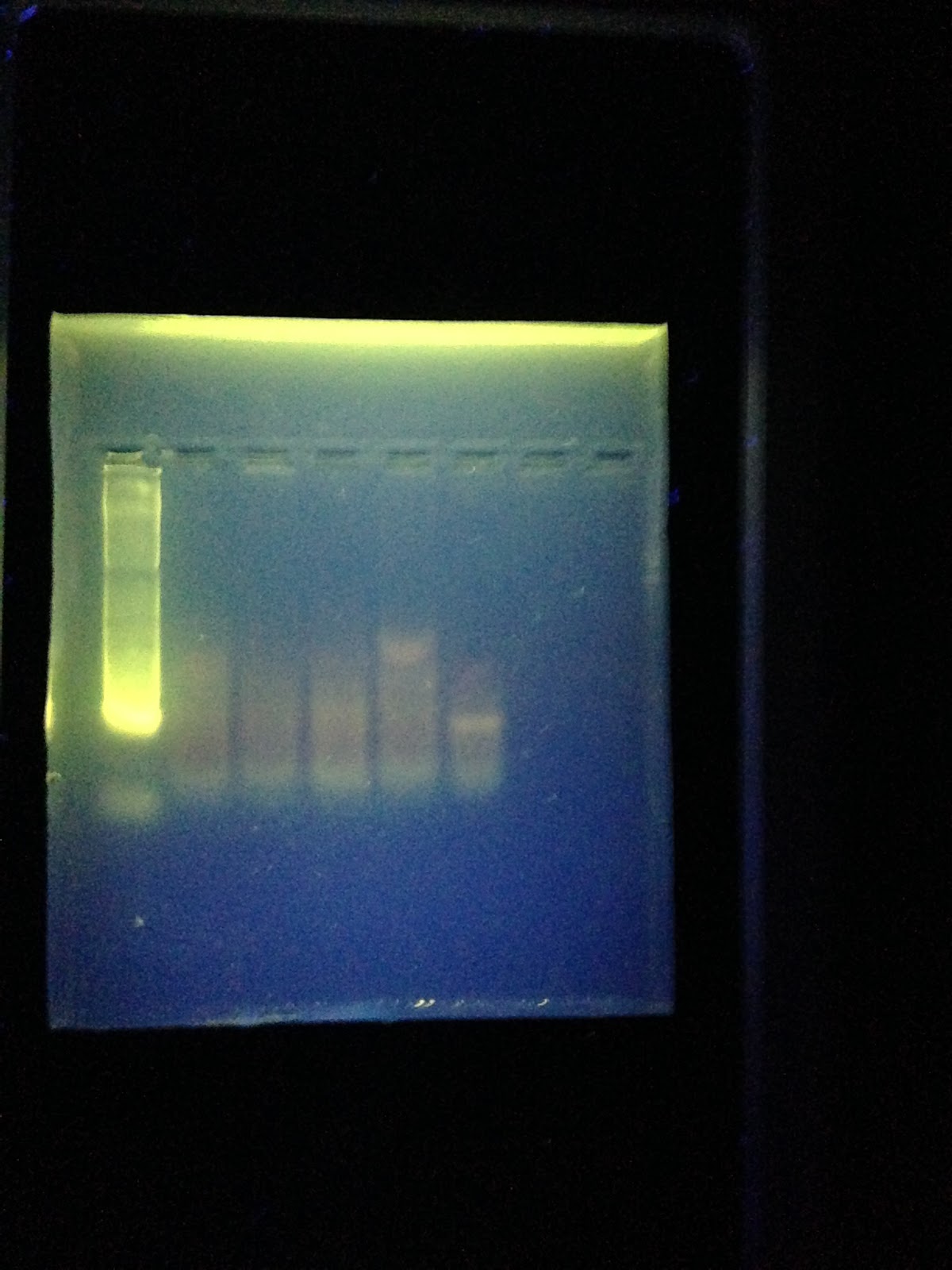 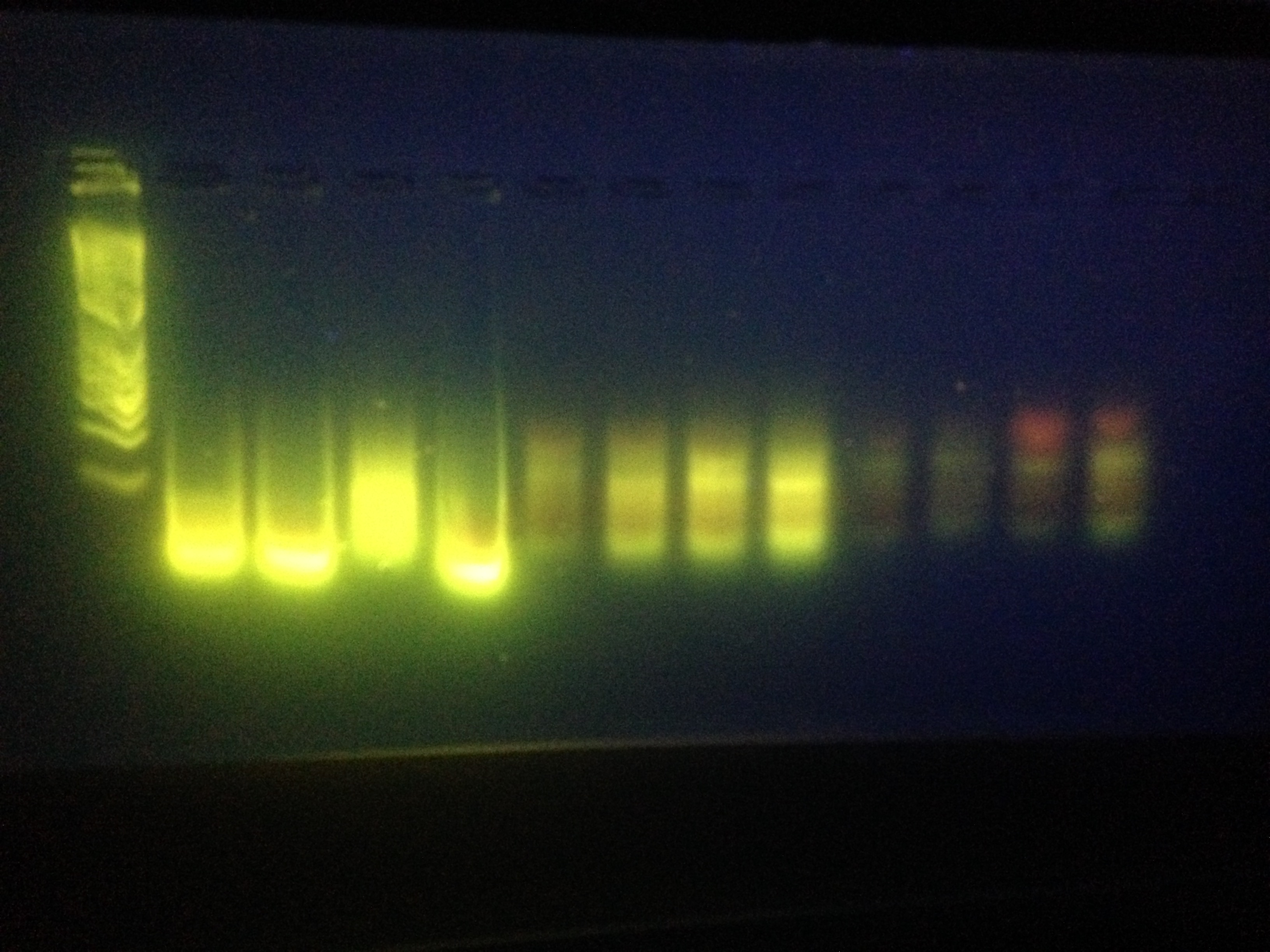