Team Heidelberg was the second runner up during the finals in the 2015 iGEM competition. In our project we needed to design an aptamer that would specifically bind to a target site of a protein present in the Photosystem II (PSII) complex of the thylakoid membrane. Normally the only way to developget target specific aptamers is through the process of SELEX (Systematic evolution of ligands by exponential enrichment). However, SELEX would not indicate to us clearly what the target protein is, and overall is a very challenging and time consuming process. Fortunately for us, Team Heidelberg-2015 developed a software tool known as MAWS (Making Aptamers Without SELEX) which requires a PDB (Protein Data Bank) input file to generate an aptamer that binds specifically to a target site.

We decided to use this software to design our thylakoid aptamer as it would allow us to not only choose a specific protein in the PSII protein complex but also to choose which area of our target protein to use in the analyses and design an aptamer for. We attempted to use the MAWS software but ran into some difficulties, afterwhich we contacted the Heidelberg team and decided on a mutually beneficial collaboration. As team Heidelberg is still developing and improving the software they agreed to run the analysis for us on their systems, and give us an output file. In exchange we would provide them with numerous candidate PDB files for them to test their system on, which would allow them to determine possible shortcomings, e.g. one of which was that there is a limit to the size of the PDB input file for the system to work. We were also able to provide valuable feedback about how well their aptamer performed in our thylakoid binding experiments. 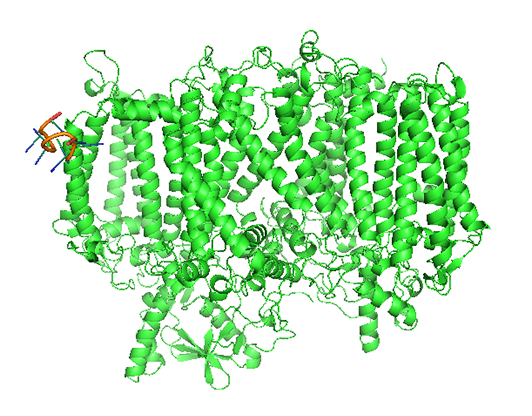 MAWS designed aptamer binding to luminal side of CP47. 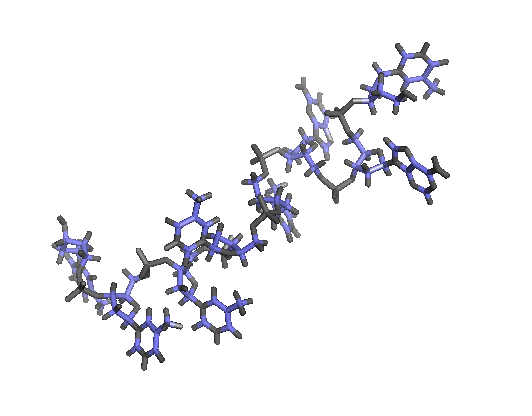