Hardware - Warship
“Simplicity involves digging through the depth of the complexity” (by Steve Jobs). We aimed to build a simple device (we termed ‘warship’) to protect and confine our engineered bacteria, so as to increase the surviving power of introduced bacteria against native microbiota and biosafety levels of using engineered bacteria. This was inspired by the feedback from our presentation in a workshop (HUST_Cheering) in July. Other iGEMers were curious about the 'fate' of our engineered bacteria in human's gut. Our Gutrio has to compete with other living microorganisms in a such complicated gut environment. Intestinal environment differs from individuals to individuals and the agents cannot survive if they are not well-prepared. Moreover, it is quite dangerous for armed Gutrios to expand their territory without limitation.
We achieved this by sandwiching alien bacteria with pieces of semi-permeable membrane, thereby detaining concentrated aliens and yet still allowing exchange of chemicals between aliens and gut. We extensively elucidated that aliens would not leak out and surrounding bacteria could not invade aliens. Importantly, we revealed small molecules can freely diffuse across the semi-membrane. Therefore, in principle, therapeutic agents produced by aliens can diffuse into gut environment. Thus, our simple device allowed us to target two birds (alien competitive power and biosafety) with one stone. 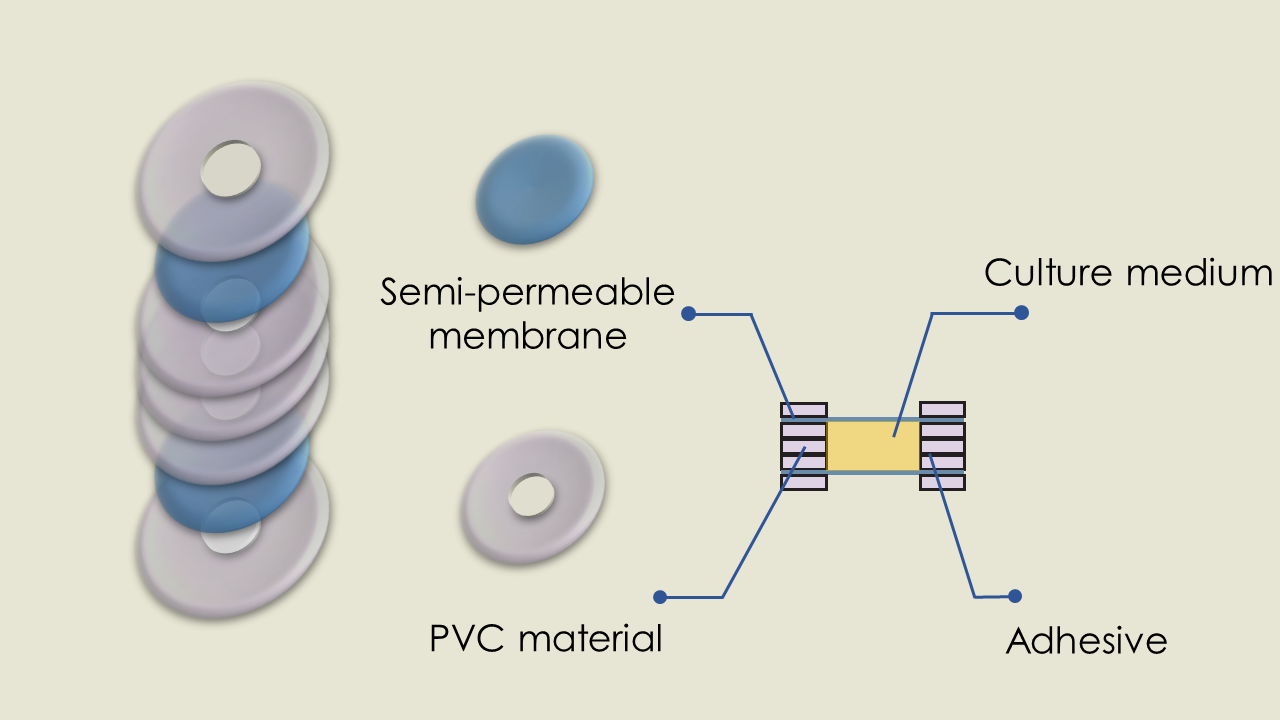 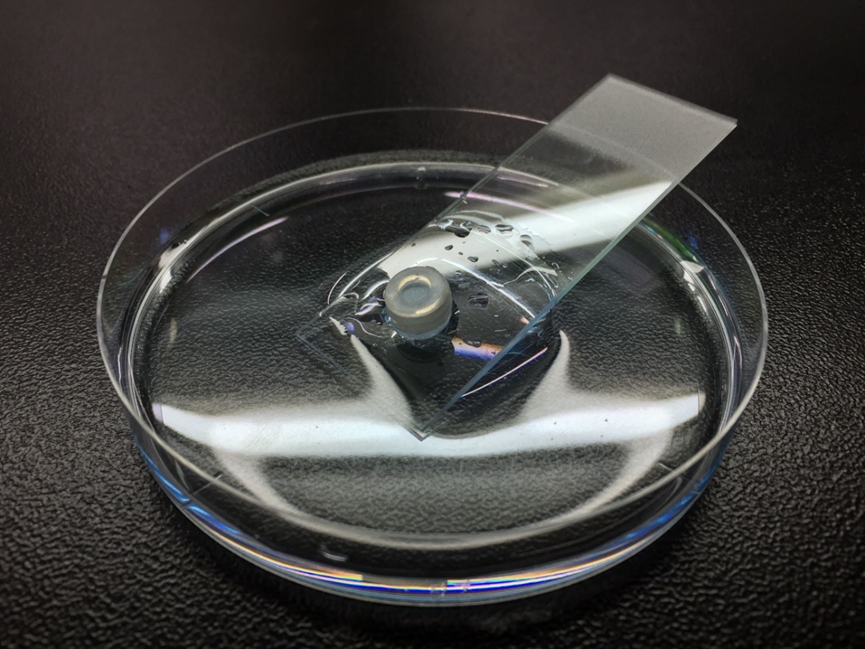 Figure 1. The design and real picture of bacteria constraint device - ‘warship’. The size of a dish in the right is 10 cm in diameter. The size of ‘warship’ may be reduced via 3D printing in the future.
The ‘warship’ was assembled semi-permeable membrane and PVC plastic (Figure 1). The hole size of the semi-permeable membrane is 0.22 microns, which is smaller than bacterial size and thus prevents the flow of bacteria. To test the chemical tolerance of the ‘warship’, we immersed our device in intestinal-pH solution, concentrated hydrochloric acid, sodium bicarbonate solution and common organic solvent, and found it was intact after our tests. We also used mechanical compression to test its rigidness and found it was stable in shape.
To test the ‘warship’ function, we first tested whether our device allows small molecules like IPTG pass through the membrane (Figure 2). We found adding IPTG in the bath solution outside of ‘warship’ successfully induced GFP expression via bacteria inside the ‘warship’ (Figure 3). 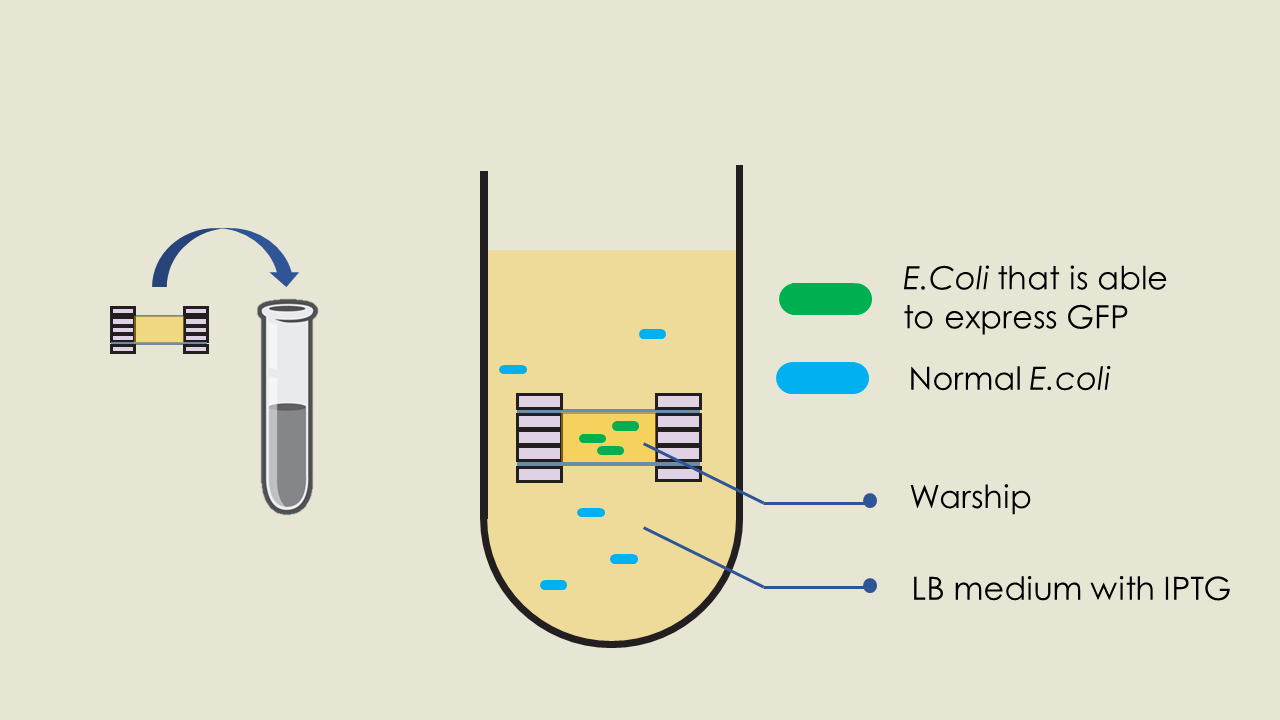 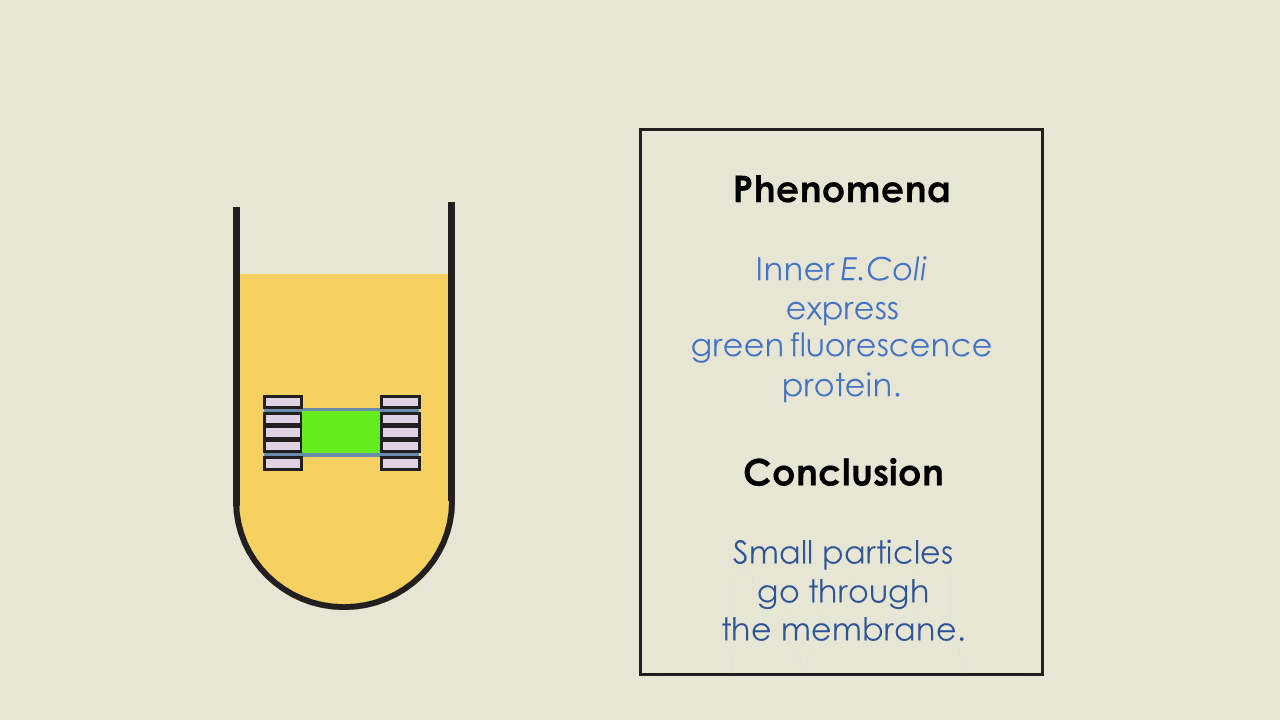 Figure 2. Diagram of testing exchanging of small molecules between the bath solution and the ‘warship’. 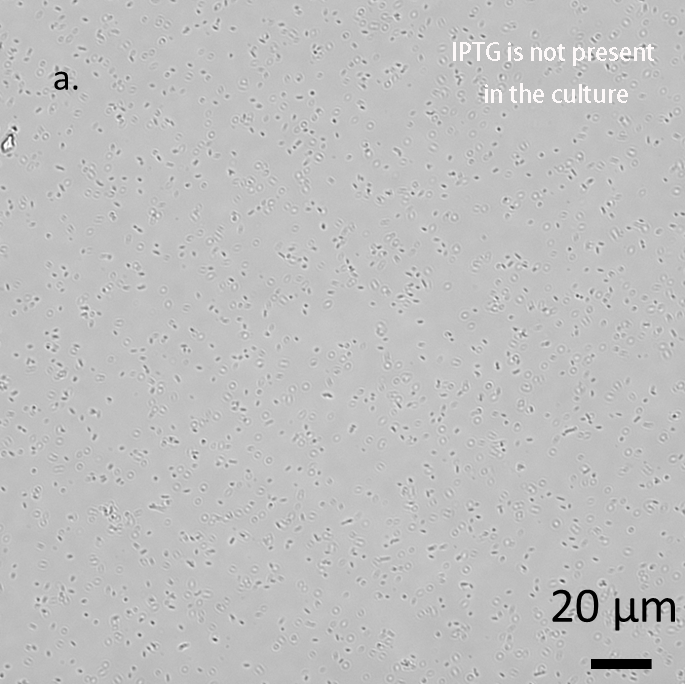 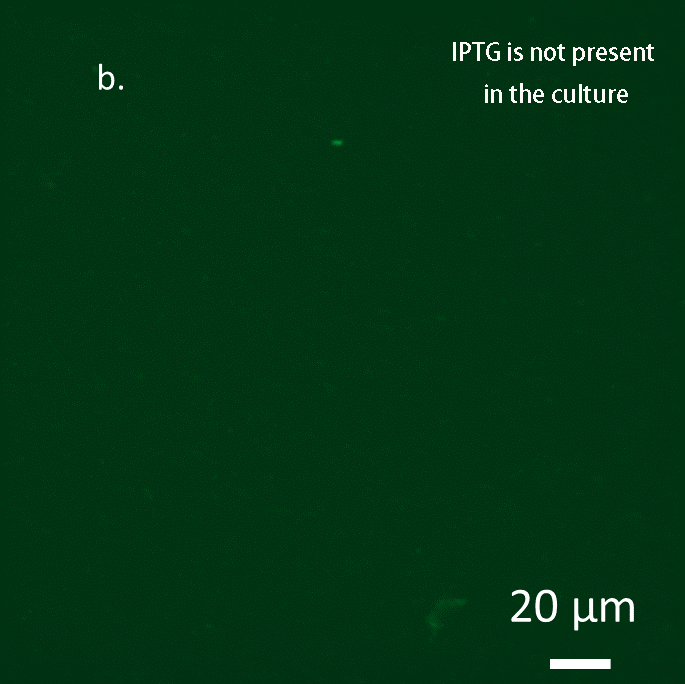 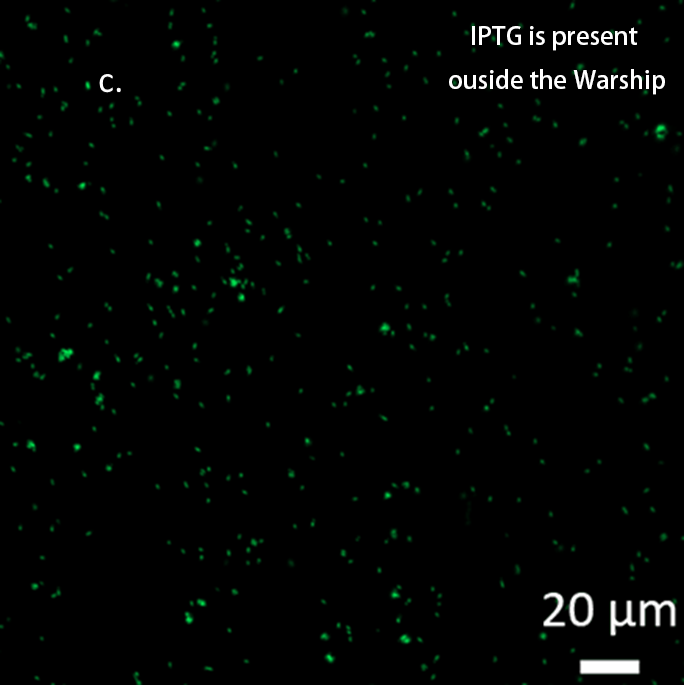 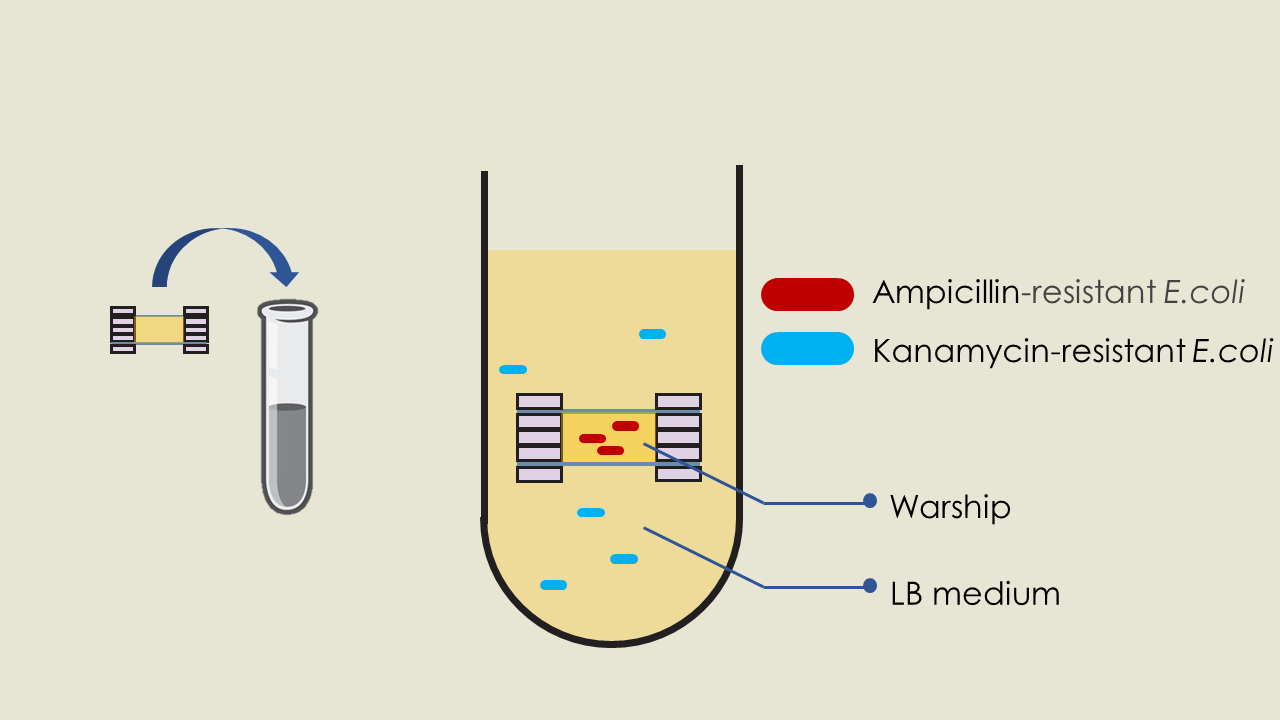 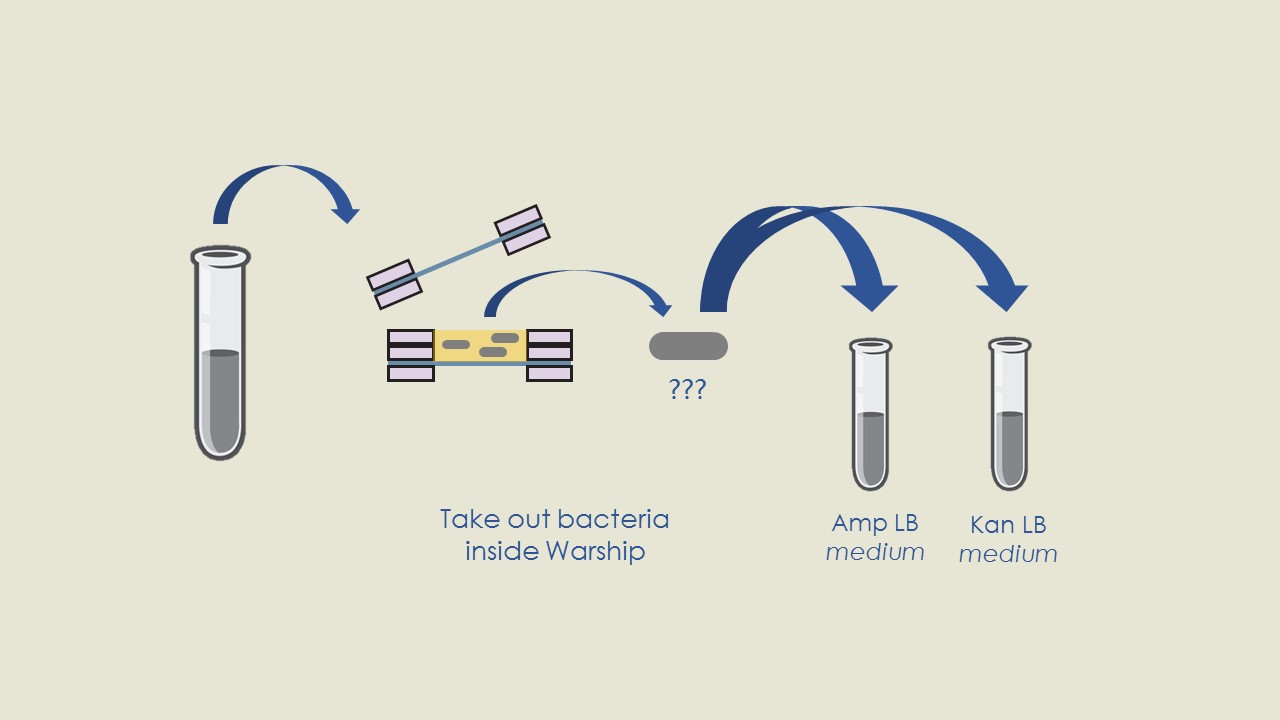 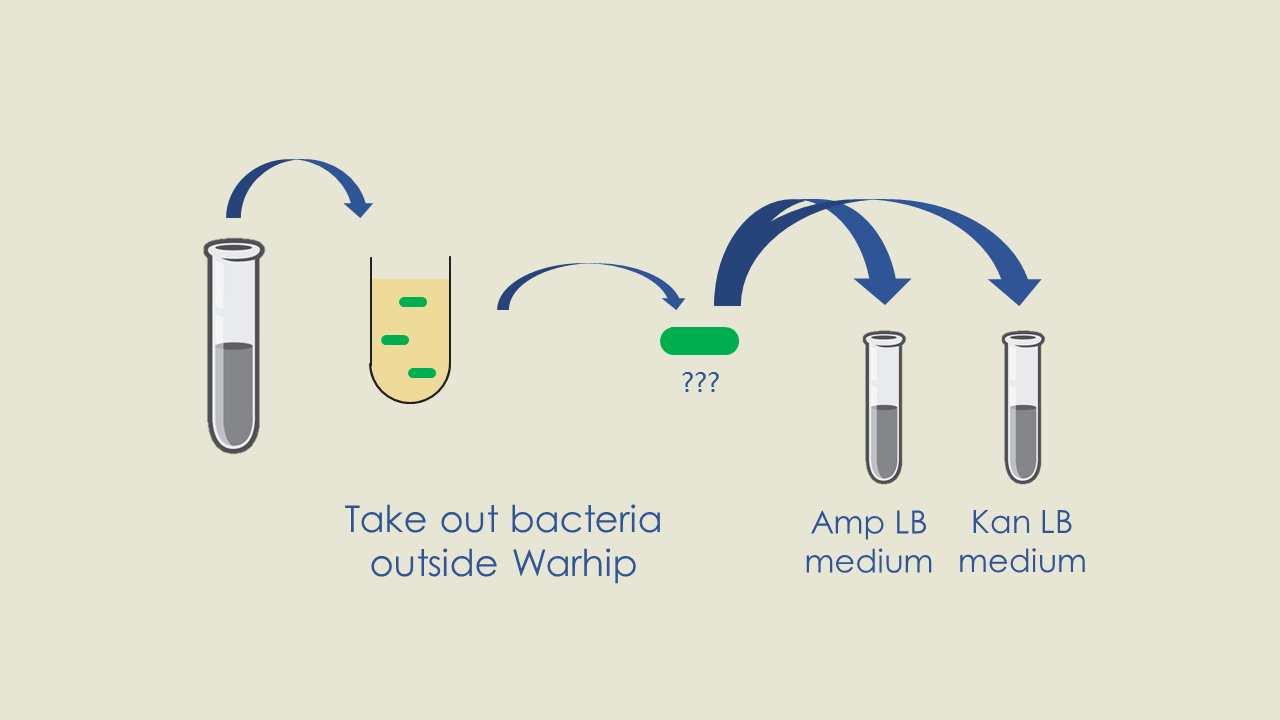 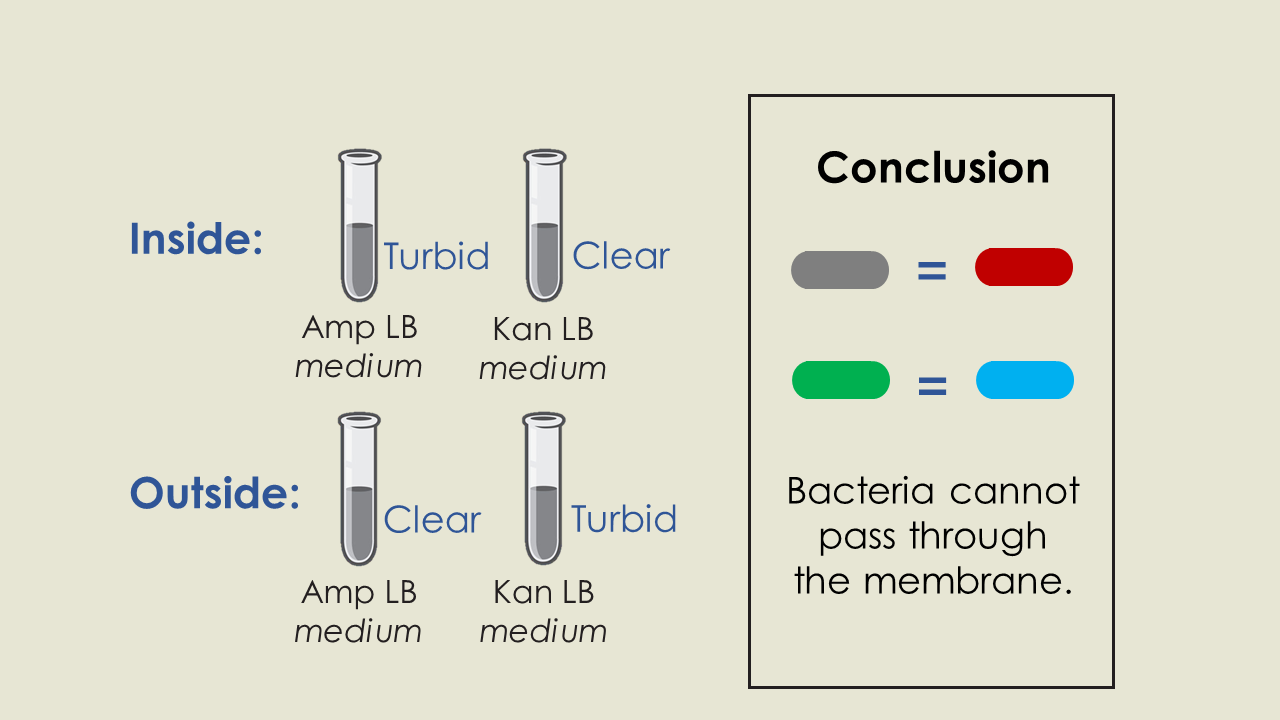 Figure 4. The diagram to test whether bacteria can flow between the bath and the ‘warship’. 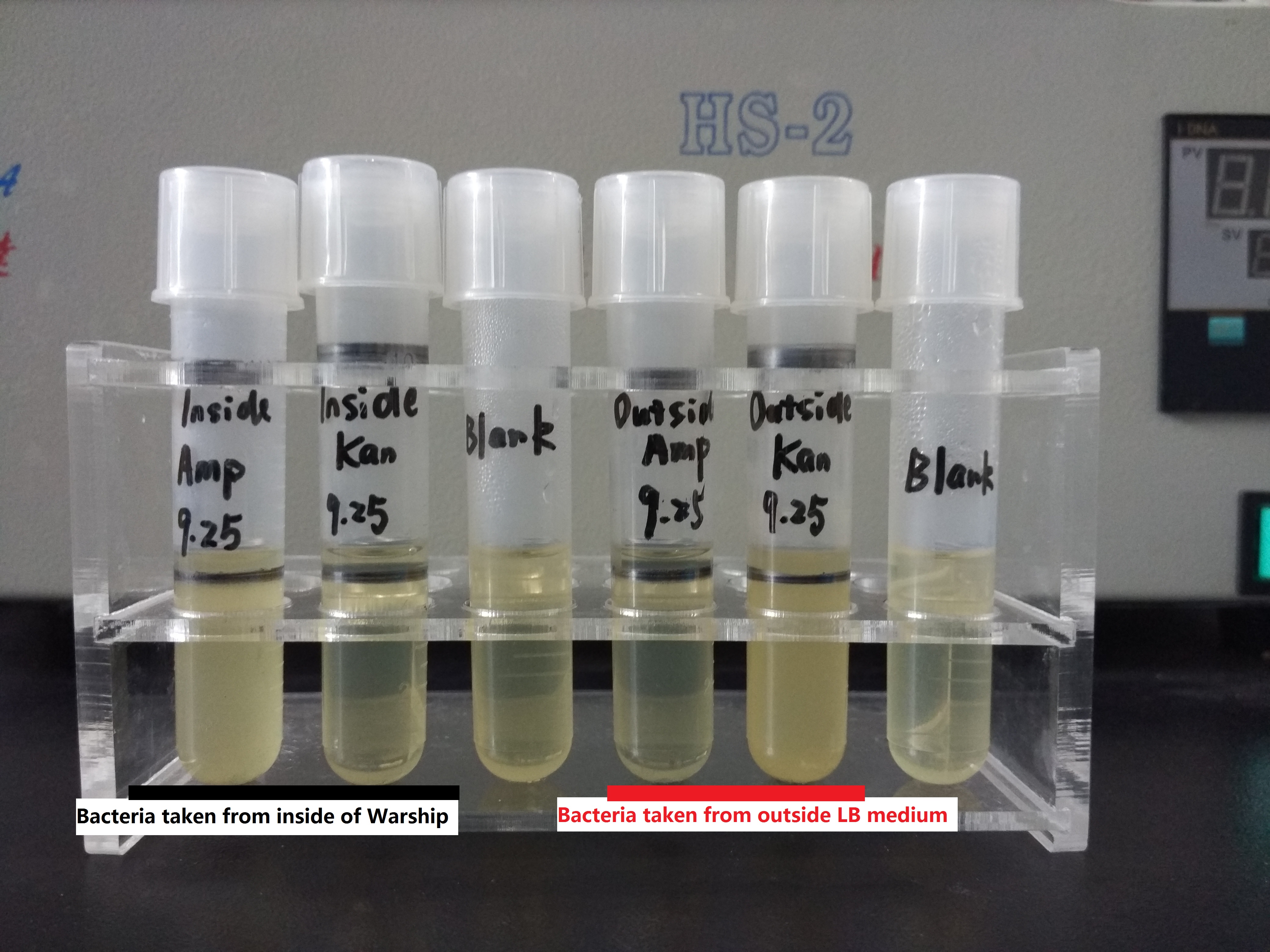 Figure 5. No mixing of bacteria detected between bacteria in the bath and the ‘warship’.
Therefore, our results showed that our designed ‘warship’ can withstand chemical and physical challenges. The ‘warship’ can successfully allow exchanging of small molecules but not bacteria. Therefore, it increased the safety level of gene modified bacteria and should their surviving power in gut since introduced bacteria can stay together.