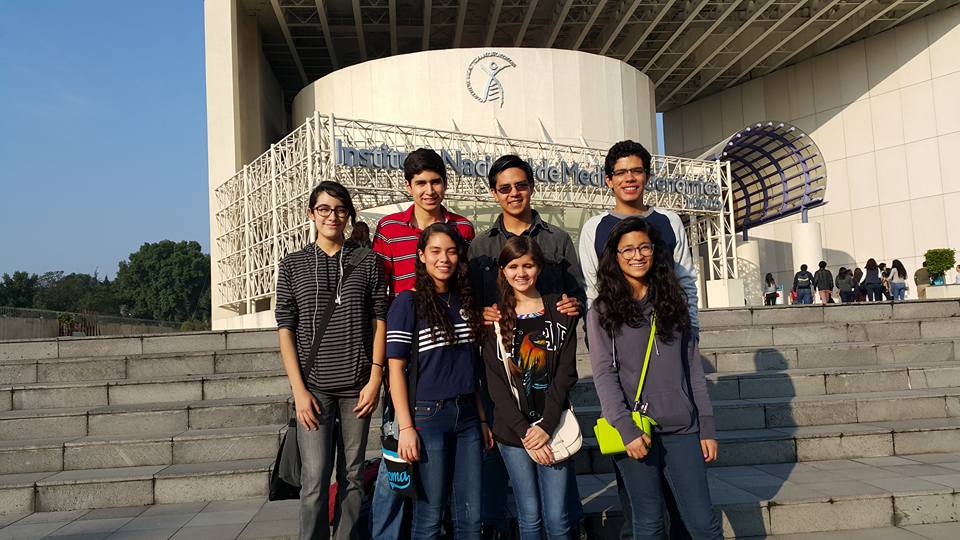 Alongside iGem Team TecCEM_HS and both other high schools and undergraduate classes, we visited Mexico’s National Institute of Genomic Medicine (Instituto Nacional de Medicina Genómica). For a whole day, we assisted to different workshops, visits to the laboratories of the institute, etc. Where we were able to exchange ideas, opinions and recommendations about both our respective projects and synthetic biology as a whole. On top of that, we were introduced to the principal diseases that affect the Mexican population nowadays and that have been found to have an important genetic factor to their origin.


As it’s become a custom for Latin-American teams, the iGem Latin-America Meetup took place this year in Guanajuato, Mexico. We were present in all the videoconferences between the main teams who organized the meetup and helped with the overall organization. The Meetup represents and opportunity for a variety of iGem teams from High school to Undergraduate school to exchange ideas and recommendations about each other’s work.


Alongside most of the iGem teams who come from Mexico and from the Tecnológico de Monterrey system of schools and colleges, we cooperated in the searching for sponsorships, especially regarding a sponsorship for flight tickets to Boston.
We are also in the process of discussing a system for delivery of the iGem kits for future competitions from a single Tec school to the rest of us as we believe that would better the efficiency with which every team receives the parts and reduce delays.


We cooperated with a wide variety of iGem teams by answering surveys which were sent to us about many different topics. We believe that even every action such as these, small as they are, can help improve the modelling and information available to every team, and thus help to improve everyone’s project!