Discussing the safety and the future of synthetic biology

Because our project centers around the idea of making synthetic biology safer and more reliable as an engineering discipline, we had our outreach and human practices activities focus on the theme of public concerns about synthetic biology and how our mutation-minimization technology could be tailored to address those concerns. At the very beginning of this year’s project, we held an open event where we screened a documentary about synthetic biology from the Bio-FictionScience Art Film Festival. After the screening. we discussed the examples of synbio applications that the documentary presented and asked about the concerns people in the audience had, including asking what would happen if any of these genes were to mutate.

One of most common concerns raised related to a story of drugs being produced out of bioreactors and what would happen if either a gene involved in making the drug was changed or if something else in the cell mutated to start producing another chemical. We then gave a brief presentation about the idea for our project, and ways that we could address problems like the bioreactor one using mutation-resistant synthetic genes.

Although our team routinely hold events in partnership with other organizations on campus, we wanted to spread our dialogue to the broader Tennessee community. Our state has a reputation for controversy between science and the public, dating back the famous Scopes trial on teaching evolution in the classroom. We held an event at the Adventure Science Center, which brings in over a quarter of a million visitors each year, to introduce people to the idea of engineering with biology often for the first time. 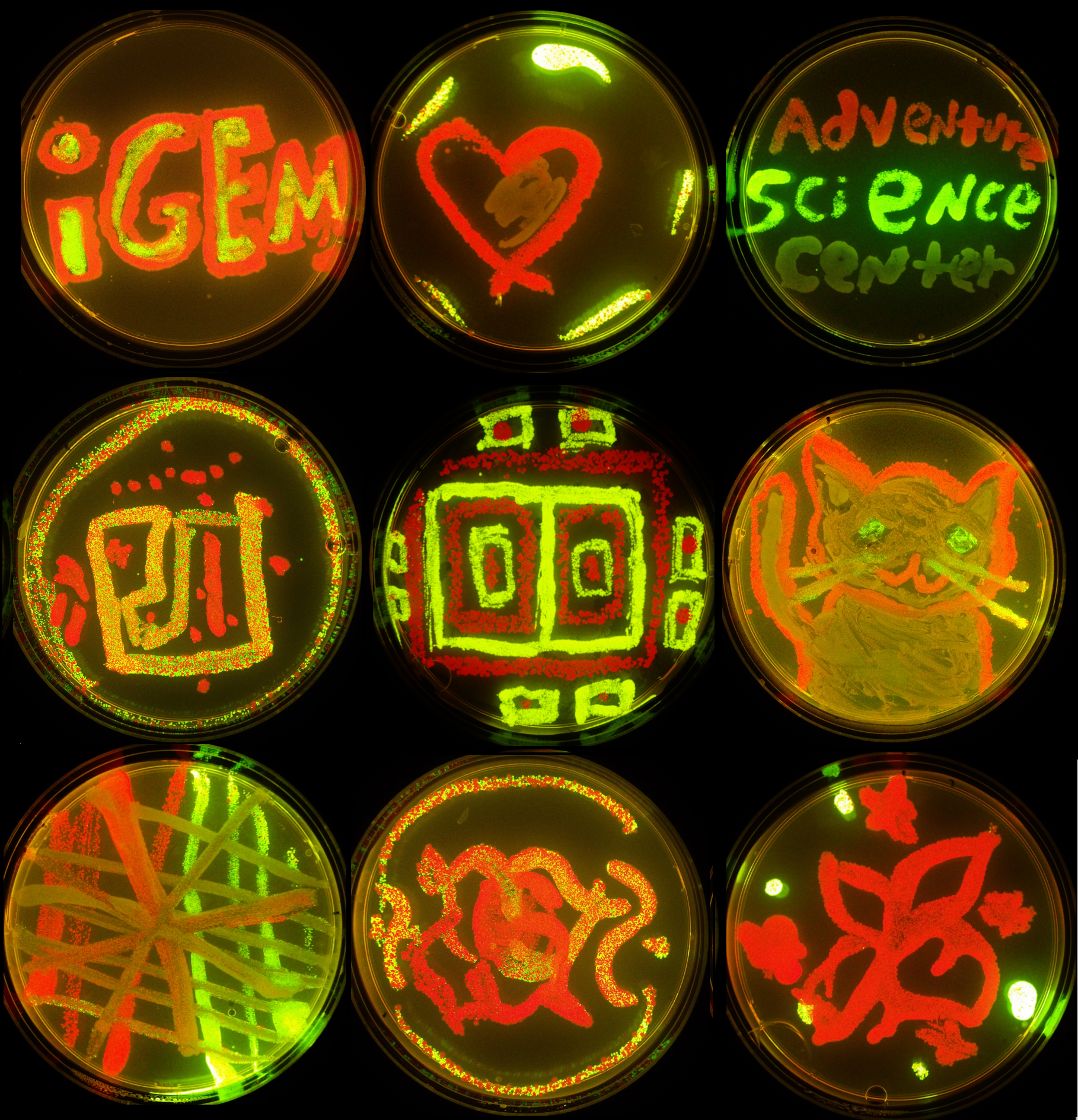 Our team assisted with an official NSF “Building with Biology” exhibit, assisting with stations for the kit, and also hosted our own event where students could paint pictures with transgenic E. coli. Our event was very popular among students and their parents, with over three-dozen families participating in one day. For younger visitors, we used the activity to teach them about genes that carry traits like visible color and trait variation from mutation, while for older visitors we took the time to discuss genetic modification (GM) and our project to reduce gene mutation. We received a lot of encouraging feedback about our work on making GM safer, including a quote from one visitor who said having a technology like ours to prevent mutation would make her reconsider her views on GMOs.