To better understand the consequences of gene mutation and our optimization strategy when implemented in vivo, we designed a set of experiments to gauge rates of mutation and evolution with our genes. First, we simulated mutant cells that lacked the metabolic burden of expressing a transgene and tracked how well these cells could out-compete non-mutant cells in a large population. After finding substantial evolutionary selection, we sought to determine how our gene optimizations might slow the rate of loss of transgene-expressing cells. To test this we devised a system in yeast to accurately detect mutations for different synthetic genes. 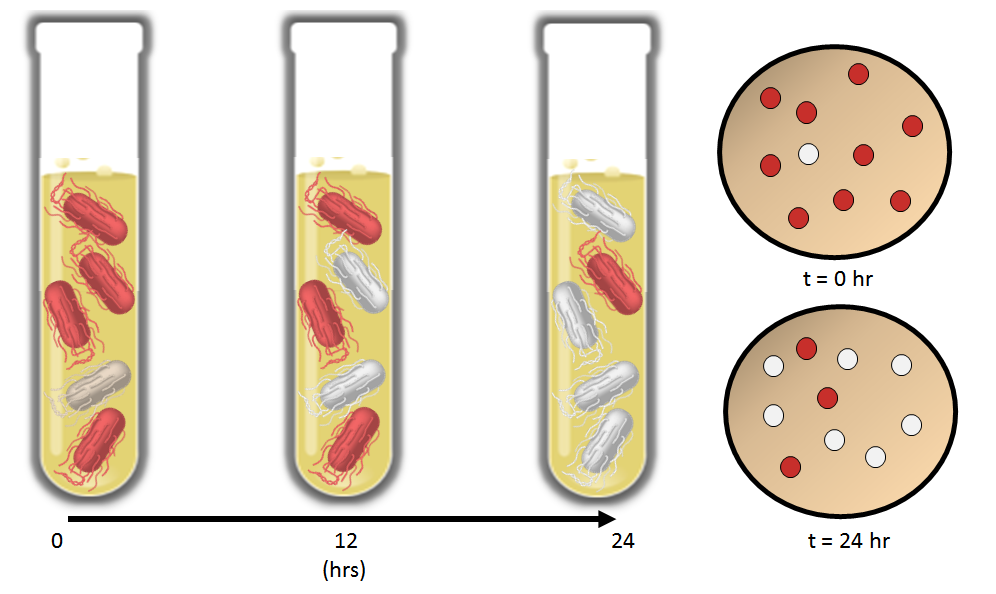 When synthetic biologists add genetic constructs to cells, both the maintenance and expression of those constructs poses a significant metabolic burden. To represent this phenomenon with a common situation, we made E. coli constitutively express RFP off the standard pSB1C3 plasmid. Instead of directly using mutagens, we simulated mutant cells with another stock of E. coli that contained nearly the identical plasmid, but with a 20bp deletion that removed RFP expression. These simulated mutants offered greater experimental control than relying on random mutagenesis.

On the first day of experiments, we grew starter cultures of both the RFP cells and the simulated mutants. After growth we quantified the optical density of these cultures and calculated how much of each starter culture to add to a new culture to reach specific ratios of RFP to mutant cells. To verify our calculations, we also plated an aliquot of the new culture to count colonies. After 24 hours of growth, the new cultures were similarly plated to count RFP vs. non-RFP colonies. We used OpenCFU software to perform high-throughput and reproducible colony counts based on colony color.

Every initial population that we tested showed greater drops in the percent of RFP-expressing cells after 24 hours than would be expected if there was minimal selection. Therefore, we observed a strong negative selection coefficient where the simulated mutant cells, by virtue of avoiding the metabolic costs of RFP expression, out-compete the RFP-cells performing their intended function.

This result corroborates similar experiments that we previously performed which measured changes in levels of RFP fluorescence over time in populations with simulated mutants. Our protocol based on counting individual colonies gives an improved view of cell-level events, and a more accurate reading of the decline of RFP-expressing cells which by more common fluorescence-measurement protocols can be confounded with many other variables that produce fluctuations in expression levels 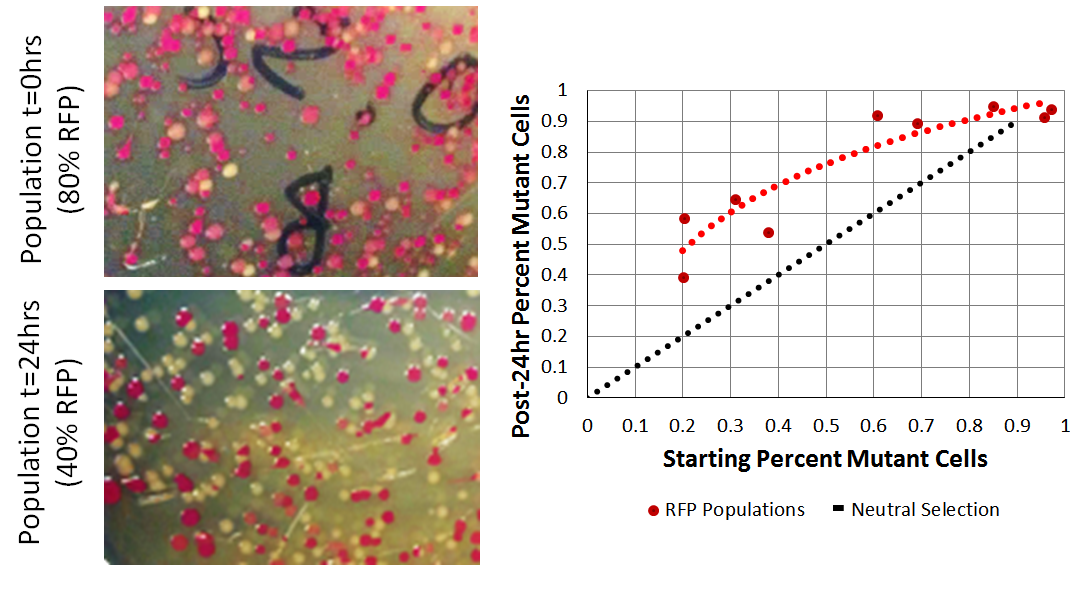 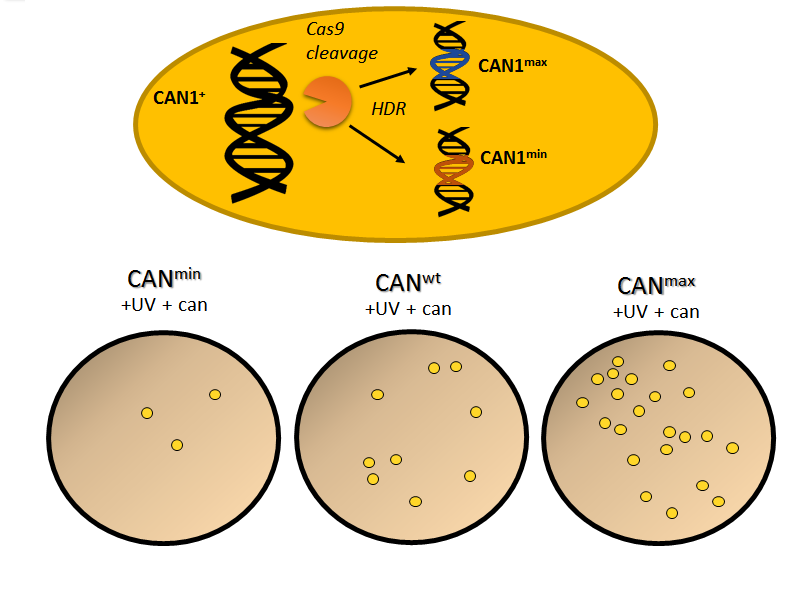 To complement our extensive in vitro characterization of our optimized sequences, we began an experiment to integrate genes with modified susceptibilities to radiological mutagens into (Saccharomyces cerevisiae). For our gene, we selected CAN1 locus, an arginine permease that allows for positive selection on canavanine media. CRISPR/Cas9 was to be used to make a cut in the endogenous sequence that would be eliminated via homologous recombination of our fragments, which contained synonymous mutations at the Cas9 cut site that both altered their oxidative potential and eliminated the sgRNA recognition sequence. On our initial attempts, selection via canavanine resistance was insufficient to distinguish frequency of recombined colonies from those that had simply undergone non-homologous end joining. We will implement other screening methods to find integration events and then begin testing.