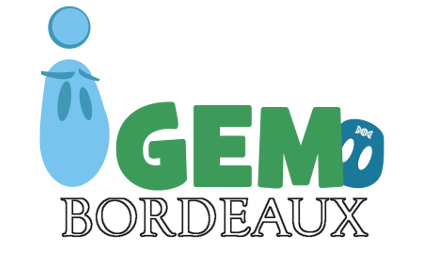 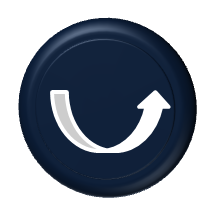 We built a plasmid containing DSIP under control of U6 promoter. This plasmid has been injected in several worms with another plasmid containing DsRed protein in order to compare injected worms to worms used as control. Worms have been observed by fluorescence microscopy.

➔ No differences was observed between the two types of worms. DSIP doesn't seem to have any effect on Caenorhabditis elegans.

We tried to create different constructions by changing the promoter used.

Except for pRPS27, all promoters own one or several illegal restriction sites (White Collar-1 and White Collar-2 also own illegal restriction sites). However, pRPS27 amplification never worked and mutagenesis of others promoters was hard to do. So, we decided to work on an other promoter: U6.
Initial construction was to assemble WC1, P2A and WC2 under control of U6 promoter. By lack of time, a simpler construction was realized:

This second construction permit to us to verify, thanks to GFP, that induced part works even if NLP-22 doesn't have any effect on Caenorhabditis elegans.

➔ By lack of time, we didn't finish all of our constructions. So we were not able to validate the photo-inducible system. 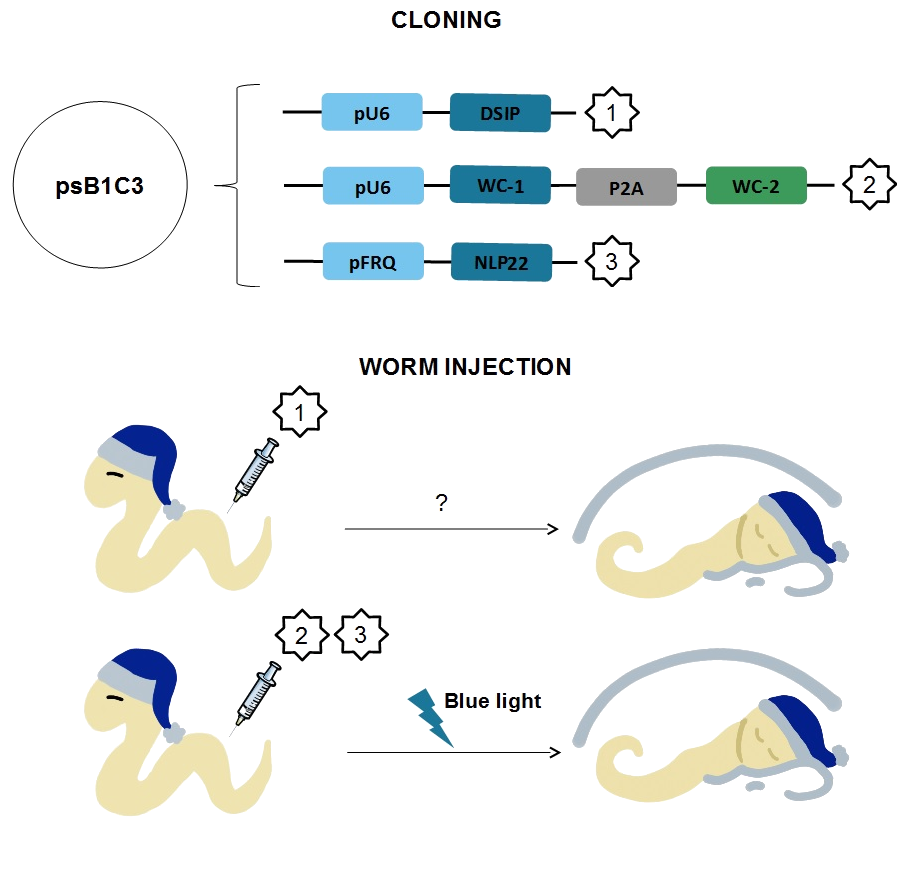 3. Creating a Crisprmethylase in order to knock out sleep and allowing the study Caenorhabditis elegans's epigenetic

The creation of our Crispr methylase required a lot of parts to assemble. Each amplification was successful. After that, we tested both cloning using restriction enzymes and Gibson assembly cloning but these techniques never worked. So, we had to think about another way but we ran out of time to complete the experiments. We thought about Golden Gate cloning but it would have taken to buy new primers to create overlapping sequences.

For the guides, six pairs of oligonucleotides have been annealed and possibly cloned into a vector for expression of Sp sgRNA2 from Pederson. Guides were too small to be seen on an agarose gel. Next step is to amplify pU6::guideRNA::tracrRNA and put it into pSB1C3 and then sequence this potential biobrick. We didn’t multiply sequencing in order to save money.

➔ By lack of time, we didn't finish our constructions. So we were not able to validate our Crispr methylase.

We wanted to add experimental results to our bio-informatics model. In order to do that, Lab team worked hard to create a specific protocol for plasmid loss. The first results was not really concluants and They continued to think about a better protocol. Despite that, we obtained a plasmid loss in the experiments but not really fast, approximatively after 7 days.