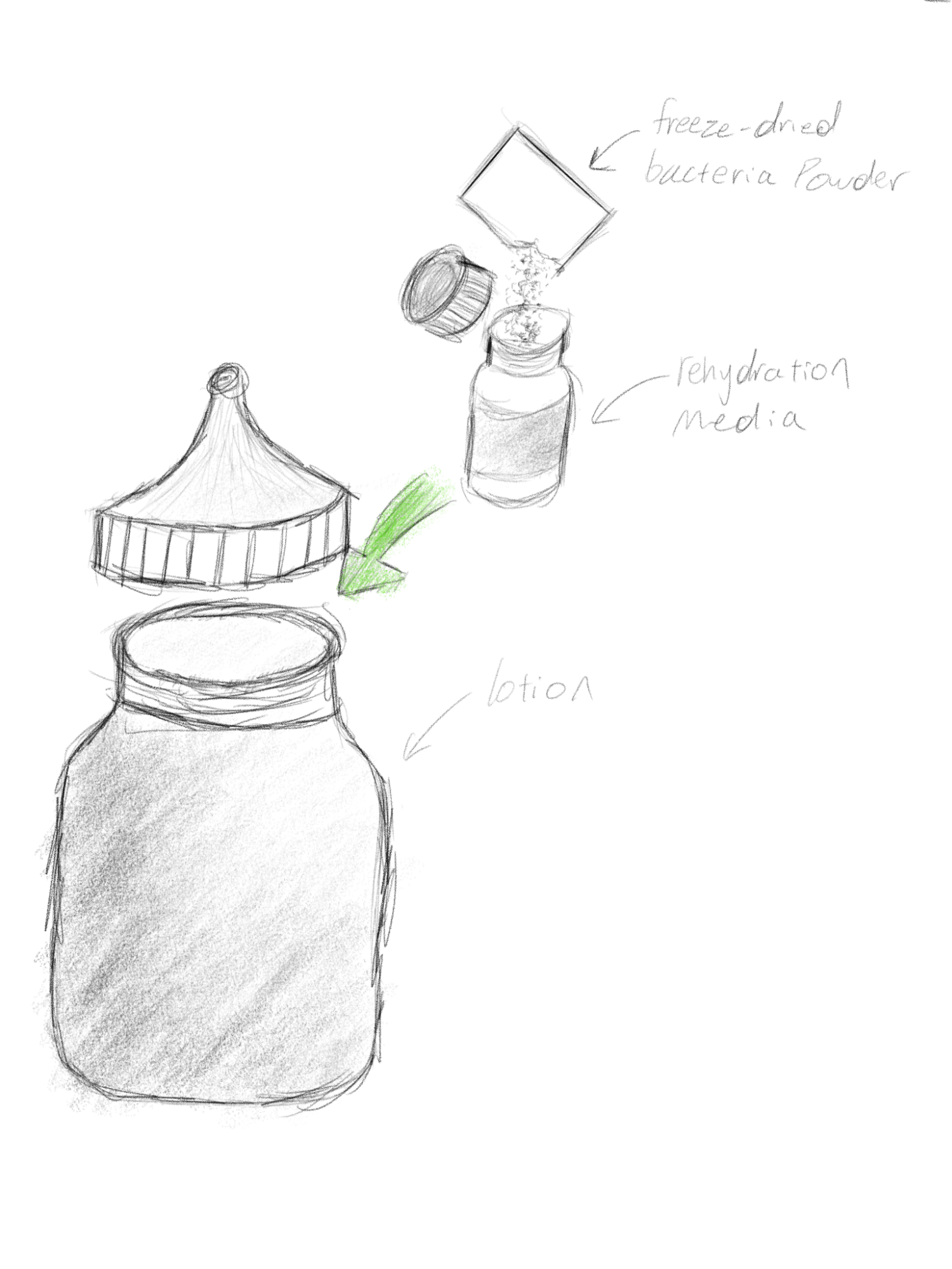 Every year, mosquitoes are responsible for millions of medical cases due to the spread of mosquito-borne illnesses - including Zika virus. The most effective way of preventing infection is to avoid being bitten and repellents are one of the most widely used tools available. However, the issues with current mosquito repellents are: the most effective repellents are DEET-based--which is environmentally unfriendly and have potential health hazard--and most repellents are short lasting and need to be continually reapplied, which people often times neglect to do. The design of Mos(quit)o seeks to resolve these issues by engineering microbes that release rhamnolipids, which have been shown to effectively repel mosquitoes and to not be harmful towards the environment or human health at effective concentrations. By applying these engineered microbes to the skin via a lotion, it will provide a long-lasting mosquito repellent superior to traditional repellents. For safety reasons, the engineered microbe will have an amino acid knock-out and the lotion will provide the nutrients necessary for growth – including the knocked-out amino acid. In addition, the product is designed to be consumer-friendly and long-lasting by having freeze-dried engineered microbes that can be added to a lotion media with a simple twist when ready for use. Overall, this provides an elegant alternative to current mosquito repellents that is environmentally-friendly, consumer-friendly, and cheap and efficient.

Given that the delivery mechanism for our rhamnolipid repellents uses live bacteria, an application method needed to be developed, along with a method for long-term storage of the bacteria between the synthesis and actual usage of the product. Thinking about larger-scale production and distribution of our bacterial product, there will almost certainly be gaps of time between the original growth of the bacteria and usage by a consumer. There will need to be a way to protect the bacteria during packaging and transportation. Initial testing with conventional snap freezing methods worked very well to preserve the bacteria with rehydrated bacteria shown to have survival rates between 70-100% even after four weeks of being frozen; however it is not practical to assume the usage of -80 oC freezers for the snap frozen bacteria even throughout transit. As a more realistic alternative we looked into freeze-drying protocols that would allow the preservation of the bacteria only requiring the use of a dessicator. Testing our freeze-dry protocols does lead to a much lower rate of survival in the bacteria, especially over time, however it still stands as the much more viable option when thinking about transportation efficiency. Furthermore, future research will include experimenting with the freeze-dry protocol as well as the type of lyoprotectant in efforts to improve the survival rate of the bacteria.

Freeze-dried bacteria needs to be rehydrated in the appropriate growth media before rhamnolipid production can be observed again, which we incorporated into our prototype design for the physical application of our bacteria. The team designed a compartmented bottle to hold separate the freeze-dried bacteria, rehydration media, and lotion material; upon use, a consumer twists the compartments of the bottle to first rehydrate the bacteria and then mix it with the lotion so that our bacteria can be applied in a lotion rather than directly from rehydration liquid. Additional perks of this design could include interchangeability of the lotion component to possibly include scents, moisturizers, or sunblock.