Our goal was to create a system to allow yeast cultures to be dried to facilitate storage and transportation. To accomplish this we built a scaled down model of an industrial yeast drying system. To test our system we used store-bought dried bakers yeast (saccharomyces cerevisiae). We chose to use store-bought yeast because we did not want to risk releasing any laboratory strains of yeast while testing our system. For our test we used Kroger brand ‘Active Dry Yeast’ packets. We followed the manufacturers instructions to reconstitute the yeast: for each 7g packet of dry yeast we added 60ml of warm distilled water and 4g of sucrose (table sugar). We allowed the mixture to reconstitute for 10 minutes before using in our system. 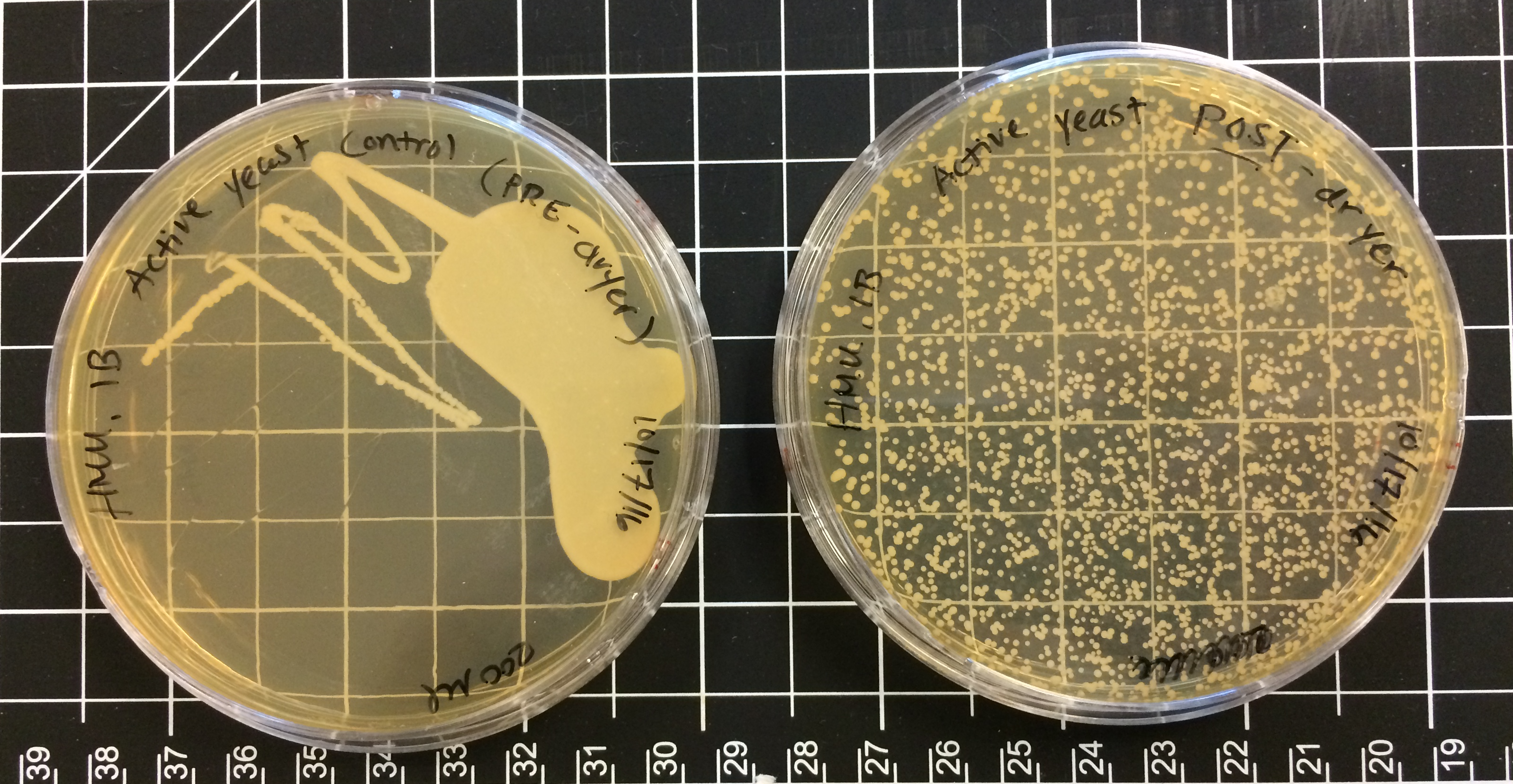 To test if our system was able to dry yeast in a viable form, we compared cells from the freshly reconstituted active yeast packets with cells that had reconstituted from the powder produced by our spray drier. To do this we plated 200ul of freshly reconstituted yeast on YPD native plates, spread for single colonies, and allowed the cells to grow at 30° celsius for 24 hours. To get single colonies from yeast that had been dried with our spray dryer, we sprinkled the powdered product directly onto YPD native plates and grew them at 30° celsius for 24 hours. We compared the morphology of the cells with an optical microscope using methylene blue dye. To obtain our slides we mixed a single colony with 10ul of methylene blue dye in a 1.5ml microcentrifuge tube, placed 5ul of the mixture onto a glass slide, and placed a cover slip over the sample. We found identical morphologies between yeast cells that had been reconstituted and dried with our system and cells that had just been reconstituted from the packet. 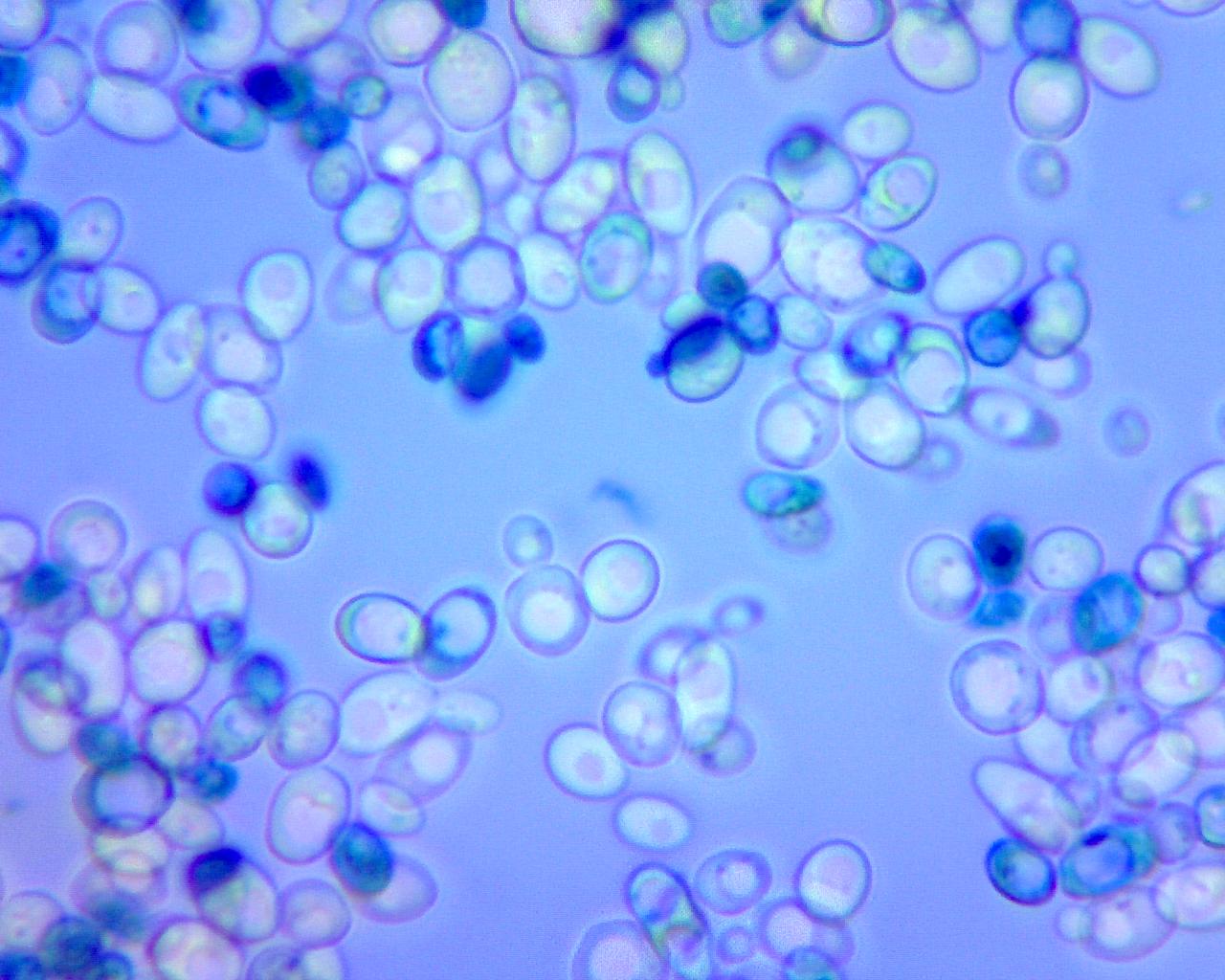 Our control yeast. Reconstituted with sugar and water and plated directly onto a native plate. Dead cells are completed saturated with Methylene blue, while live cells isolate the blue in the outer membrane. Dried yeast we collected from our spray dryer, and plated on a native plate. After being dried in the spray drier and re-plated, we see comparable numbers of living cells.