In order to prove that our novel design system for efficient biological circuits worked reliably, we performed four experiments in three main directions: the activation of the CYC1 promoter, finding a suitable repressor in yeast for that very same promoter, and making our system inducible to specific molecules.

Activation of the CYC1 promoter

As we chose to use CYC1, we had to test that VP64 - four tandem copies of the Herpes Simplex Viral Protein 16 (VP16) – efficiently acted as transcription activator when recruited on this specific promoter. We had to do this as the paper we based our project on, Zalatan et al., 2015, only showed that the tet promoter was activated by a scRNA recruiting VP64 in S.Cervisiae, not the CYC promoter. To test activation on CYC, we fused the MS2 scaffold, recruiting the MCP RNA recognition domain, on an activating gRNA targeting CYC1 already used by the 2015 EPFL iGEM team (BBa_K1723009). We also fused VP64 to the MCP domain, so that it would be recruited. The resulting scRNA targeted a region of CYC1 upstream of the TATA box which in our case is the binding site of our activation domain (see figure 1).

Figure 1: Activation of CYC1 promoter with the scRNA system, which should increase the expression of GFP.

When this scRNA and dCas9 are produced at the same time, an increase in the expression of the downstream gene is expected. To observe wether this was the case, we used GFP as a reporter gene under the control of CYC1 and monitored its expression with and without the scRNA present in the cell.

To assess the repression of our system, we synthesized Mxi1 (see design part for more details) fused to the PCP RNA recognition domain. The first test was conducted on TEF1, a constitutive promoter. We chose this particular promoter because we found a gRNA already tested by Gilbert et al. 2013 (CRISPR-mediated modular RNA-guided regulation of transcription in eukaryotes, Cell 2013) which represses TEF1 when in complex with a dCas9-Mxi1 fusion protein. We added to this gRNA the PP7 scaffold to recruit Mxi1 and expressed the resulting scRNA. We also made another version of this scRNA, with two PP7 motifs fused to the gRNA, to test whether this might improve repression further. GFP was the reporter gene under TEF1 and was monitored in order to observe whether repression occurred, and which alternative worked best (see figure 2).

Figure 2: Repressing TEF1 promoter with Mxi1. The expected result is a decrease in the expression of GFP.

In order to prove that the presence of galactose changed the way the cell responded, we wanted to express RFP or GFP according to the its presence or absence in the medium the yeasts were growing in. RFP was under the constitutive promoter TDH3 and GFP was under GAL1. A gRNA which inhibited TDH3 by CRISPRi (c6_TDH3) was also cloned under the same promoter as GFP. We therefore had two states:

A. No Galactose, only glucose: The carbon source in the yeast medium is glucose which represses GAL1. TDH3 is normally expressed and drives the production of RFP.

B. Galactose, no glucose: The yeasts are forced to use galactose as carbon source as glucose is not available. They start to metabolize galactose, which activates the GAL1 promoter. In this state, GFP and c6_TDH3 are expressed. As dCas9 is constitutively expressed under the ADH1 promoter, it complexes with c6_TDH3 and binds TDH3 very close from the TATA box. The position of the complex should prevent the polymerase from binding and shut off the expression of RFP.

Figure 3: How to activate two different responses according to the presence or absence of galactose. GAL1 turns on when detecting galactose, producing an inhibitory gRNA that acts on TDH3 promoter.

The two scRNAs used to determine whether the repression took over the activation were designed to bind simultaneously to CYC1 promoter but at different positions. Both were produced at the same time under the same constitutive promoter: TDH3. This was possible due to ribozymes surrounding both of the scRNA ends. Upon synthesis the ribozymes are designed to self-cleave, releasing the individual scRNAs (see figure). 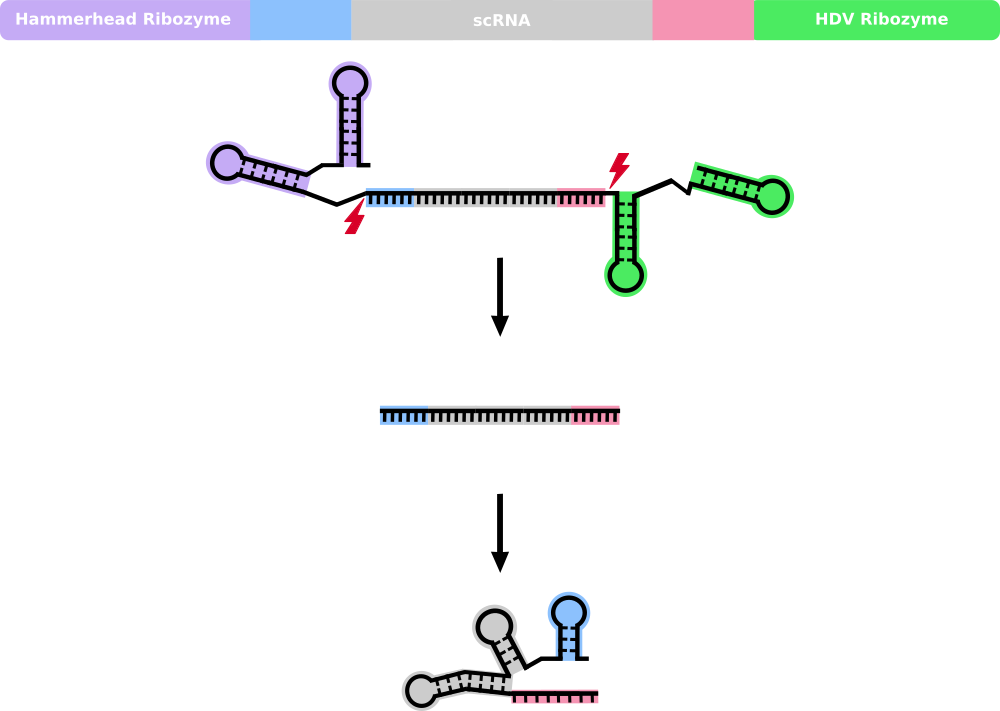 Figure 4: To obtain a functional scRNA, ribozymes are essential. They allow isolation of the gRNA by self-cleaving upon translation. The gRNA does not have any unnecessary sequence and can fulfill its task properly.

his technique guarantees that both scRNAs are produced in equimolar amounts. We could therefore make sure that the activation or repression of GFP under CYC1 we measured, was only due to the dominance of one transcription factor on the other and not to the overproduction of one of the two scRNAs for example. We then monitored the expression of GFP present under CYC1.

To demonstrate our proof of concept, we conceived an inducible NOT gate. As a starting point, we had GFP under CYC1 and dCas9 under GAL1. Additionally, an scRNA recruiting Mxi1 and targeting CYC1 was expressed constitutively. We then had two separate batches of yeasts grown in different medium overnight; one in glucose and the other one in galactose. The two cultures were therefore exposed to two different inputs: “no galactose”, which represents the “0” in the truth table of the NOT gate and “galactose”, which stands for “1”. The glucose culture with no dCas9 expressed as GAL1 is silenced, or input “0”, should therefore express GFP at the basal level of CYC, rendering the “1” output expected from a NOT gate. In contrary, the galactose culture, or input “1”, should express dCas9 and inhibit CYC1 via the constitutive scRNA produced by the cells, avoiding the transcription of GFP and providing the output “0”. 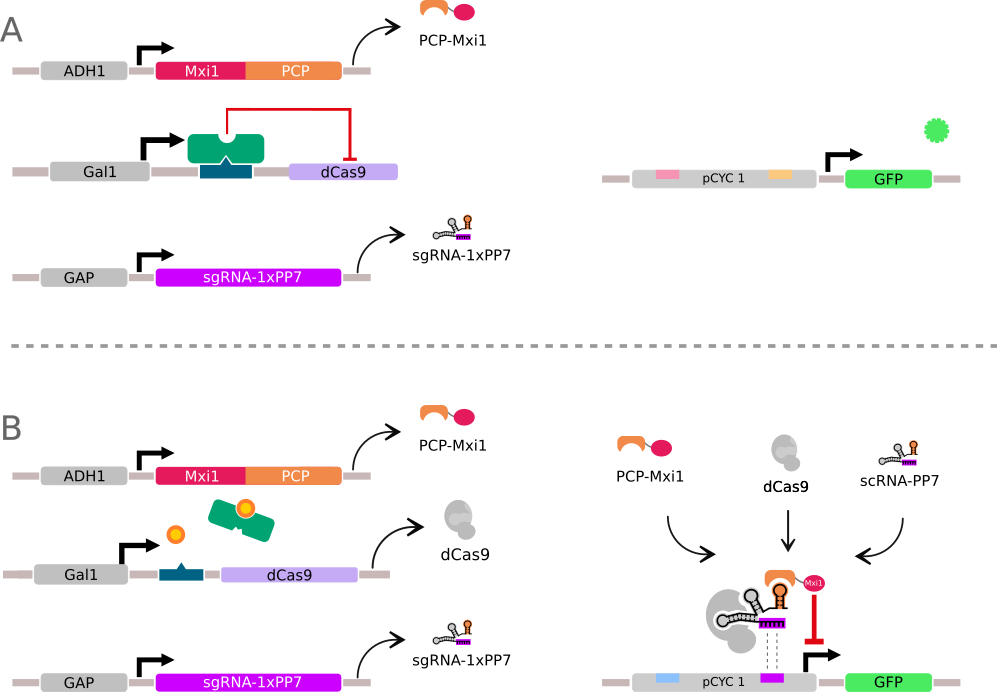 Figure 5: The NOT gate we conceived acts exactly like an electrical one: it adapts to the input it is imposed. For example, in A, the system express GFP due to the absence of galactose. However, in B, when galactose is present, GFP is repressed.