This year our team has decided to focus on increasing the speed and overall efficiency of blood coagulation in medium to large sized wounds. Although there are other products currently available in the market to increase the rate of blood coagulation, such as Quikclot (Z-Medica, 2014), or VetiGel (Bloomberg, 2014), our product is significantly different from these. Our product, called “Coagu.coli”, is based on using a component from the snake venom of the Desert Horned Viper (Cerastes cerastes). 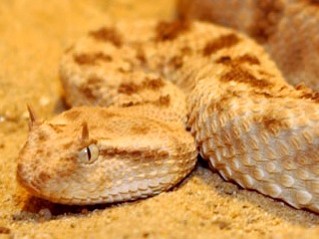 The component we are utilizing is Cerastotin and this is a serine protease that has thrombin like properties. What sets Cerastotin apart from other serine proteases is that it is easy to express and small enough to be used in our construct. Thrombin is an enzyme that causes the conversion of fibrinogen to fibrin, which leads to the formation of a clot (Smith, 1980; Wolberg, 2007). By using Cerastotin in our construct, we are therefore able to greatly increase the efficiency and speed of blood coagulation.

Our product would be applied by a syringe containing our construct followed by a bandage for sealing it in place, and could be used in a variety of situations. Because our product would be produced in E.Coli, it would be highly affordable as a great amount can be expressed in a short period of time. The military, hospitals, and the average person would find our product invaluable. Coagu.coli has the power to prevent death by severe blood loss by giving a person enough time to receive further medical attention.