University of Texas at Austin

University of Texas at Austin - Texas Tech S. paucimobilis Plate Experience: Listed below is a brief write up concluding the experiences of the Texas Tech iGEM team testing a protocol for making gelatin plates to be used for growing bacteria instead of agar plates in collaboration with the UT iGEM team. Day 1: Upon receiving a streak plate of Sphingamonas Paucimobilis from the UT iGEM team, we incubated the plate at room temperature for two days. Day 3: After two days of incubation a single colony was picked and used to inoculate 20mL of YM Broth, then incubated for 24 hours at 30 degrees Celsius. YM Broth (g/L) Day 4: After 24 hours we inoculated a 180ml culture of Gellan Gum Production Media (GPM) with the 20mL YM culture from day 3. After inoculating the GPM was incubated at 30 degrees for 6 days. Gellan Gum Production Media (g/L) 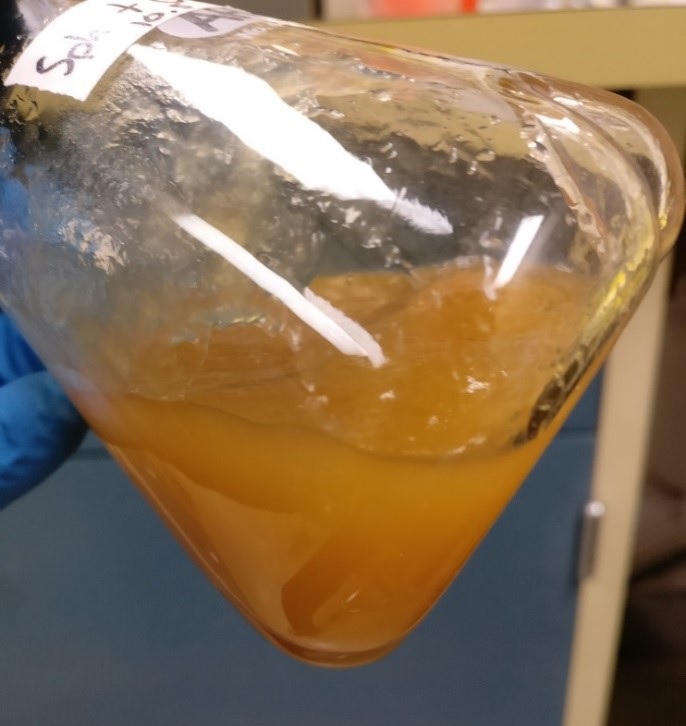 Day 10: We serially diluted and spot plated the GPM plates with Serratia Marcescens and Top 10 E. coli, then incubated for 24 hours . 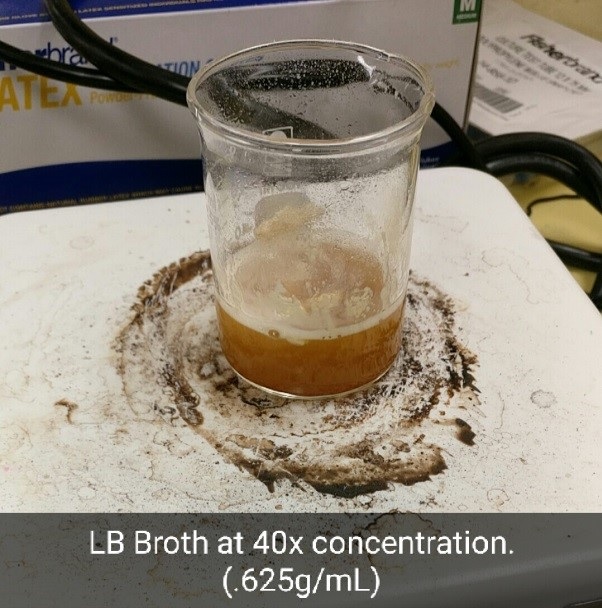 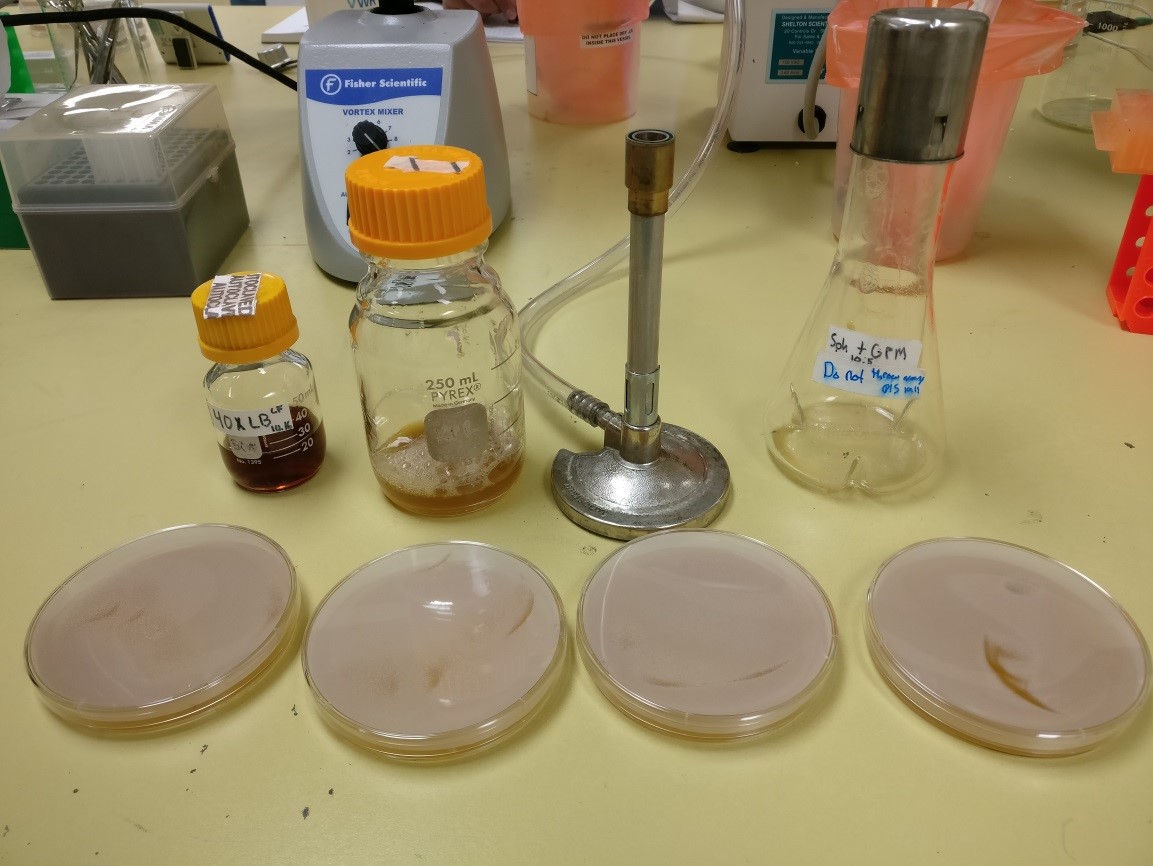 Day 11: After 24 hours of incubation at 37 Celsius we were able to see growth for both bacteria and set the plates out to incubate another 24 hours at room temperature.
Day 12: 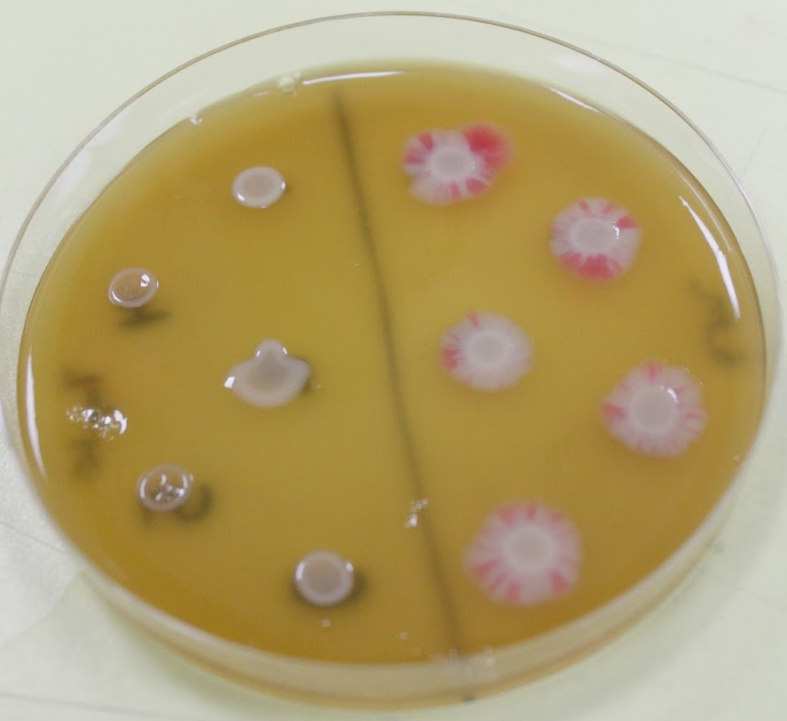 Mentor for Mentor: Being a part of the iGEM mentorship program, we have had the opportunity to work extensively with the University of Valencia in Valencia, Spain. Xavier Molero has helped to guide us through the iGEM process, including warning us about deadlines, giving us tips and tricks, and encouraging us to pursue many opportunities, such as grant proposals. In addition, we have exchanged project ideas, helping each other to develop our ideas more thoroughly. We have also helped to proofread and revise written material for the University of Valencia iGEM team, to help make sure the information made sense to the average native English speaker.

This badge was awarded to our team by the Virginia iGEM team for participating in their biocontainment survey.