Antibiotic injection is a common practice in dairy farms as a way to prevent mastitis in cow’s lactation period. But human's long-term consumption of milk with excessive amount of antibiotics can pose severe health threats.

In rural areas of China, milk goes directly to consumers without being tested for antibiotic residues, part of this is because currently used detection methods are either unreliable or not cost-effective enough to be accessed easily. Therefore we work to develop a cheap penicillin detection method, so that it can be used in relatively underdeveloped areas, and people in China could take one step closer to having an equal chance to qualified milk.

Where do the antibiotics in milk come from?


Well, they are called residues for a reason. Cows are highly susceptible to mastitis in their lactation period, and the injection of antibiotics (mostly penicillin, erythromycin, terramycin, etc.) is the universal prevention and treatment to this disease. According to China Veterinary Pharmacopoeia and China Veterinary Medicine Protocols, their milk during this period of time must be thrown out because it is contaminated with antibiotics and unsuitable for human consumption. However, researchers have found that 47% of raw milk samples in 10 different Chinese provinces were tested positive for antibiotic residue [1], while the milk that goes through processing companies before being put on sale is much safer. In fact, antibiotic residues from veterinary medicine are not just found in milk, but also in honey and eggs. The longterm consumption of antibiotic-contaminated food can result in antibiotic resistance, and the building up of antibiotics has toxic effects on human health.

What are the common ways to test antibiotic residues?


Sanyuan Milk Group currently relies on High Performance Liquid Chromatography(HPLC) in their plant, before accepting the milk transported from individual farms. HPLC, a technique that separates, identities, and quantifies each component in a mixture, is highly sensitive and examines the amount of antibiotics quantitatively, but the cost of this machine ranges from 50,000 to 200,000 RMB($7,498-$29,992).


Other common methods in China include SNAP kit. But this, along with popular kits in the US (Delvo-P, Charm Farm, Disc), only yields results of either positive or negative and are unable to measure quantitatively. The reliability of these kits have been questioned for decades. According to a study done by Dr. Bart Weimer, four out of five commercially available beta-lactam (penicillin and its derivatives) antibiotic detection kits yielded false positive results in milk from individual cows, and one testing kit showed almost 56% of individual cow samples were positive after 30 days even though no antibiotic treatment had been given [2].

How can we help? 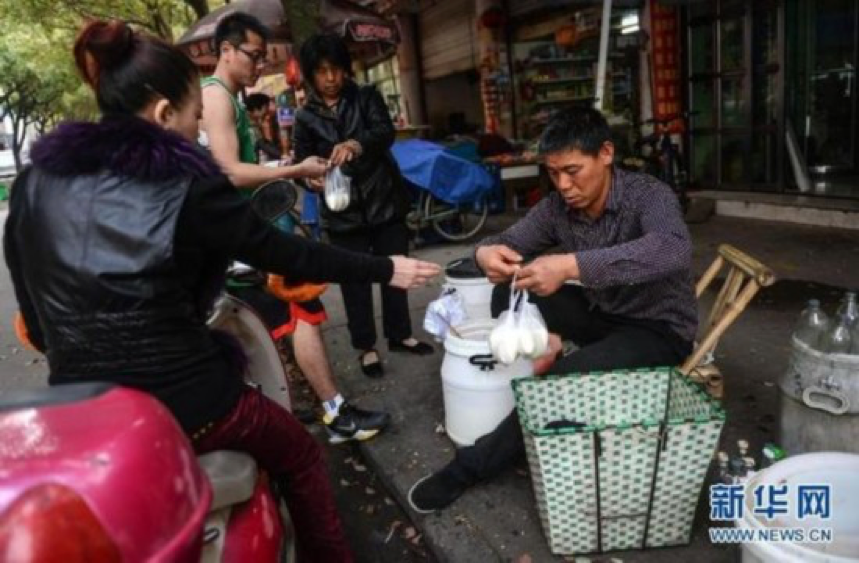 Although the milk that we buy in supermarkets has a very low chance of containing excessive amount of antibiotics, there’s no guarantee for people in the rural area, where milk is transported directly from the farm to a local “Milk Bar”, and it goes through only one step of pasteurization before going to the consumers [3]. Since individual farm is usually kept small-scale in China, or Milk Bar owners are not able to pay for HPLC to run every test to make sure its milk source is safe, no reliable test is done on the antibiotic residues in the raw milk. Residents in those areas have a much greater chance of drinking unqualified milk, and because of the lack of diversity of their milk source, they are very likely to be affected by long-term consumption of antibiotics. (See more in Human Practice.)

The discrepancy between urban and rural areas in China has been criticized forever. While the severely unequal access to wealth, education and healthcare can hardly be solved shortly, we are doing our best to eliminate the difference. Therefore we want to develop cheaper and accurate antibiotics testing methods that have the potential to be commercialized and enforced in every farm and Milk Bar, so that they can be implemented in relatively underdeveloped areas, and people in China could take one step closer to having an equal chance to qualified milk.

[2] B. Weimer, Can Antibiotic Tests Be Useful?