In our first public service announcement-based meeting (Sunday, September 25, 2016), we began brainstorming different types of public service announcements possible for this project. We wanted to raise awareness and clout the public attitude that genetically modified organisms (GMOs) are useful and beneficial to neurodegenerative disease (NDD) research. We came up with a conclusive list including print (poster/billboard) and television (short video). We decided that a poster was the best choice for us, due to time constraints and the audience that we were aiming toward, being the most thought provoking with the least amount of attention from viewers. After determining that we wanted to complete a poster, we also brainstormed possible ideas. The ideas had to form to specific constraints: The PSA 1) Must not be offensive to people who have neurodegenerative diseases, 2) Must not create misconceptions, and 3) Must not fear-monger. From these ideas, we narrowed it down to 4 using the above constraints. From the ideas, I established 4 separate rough prototypes (Fig. 1). 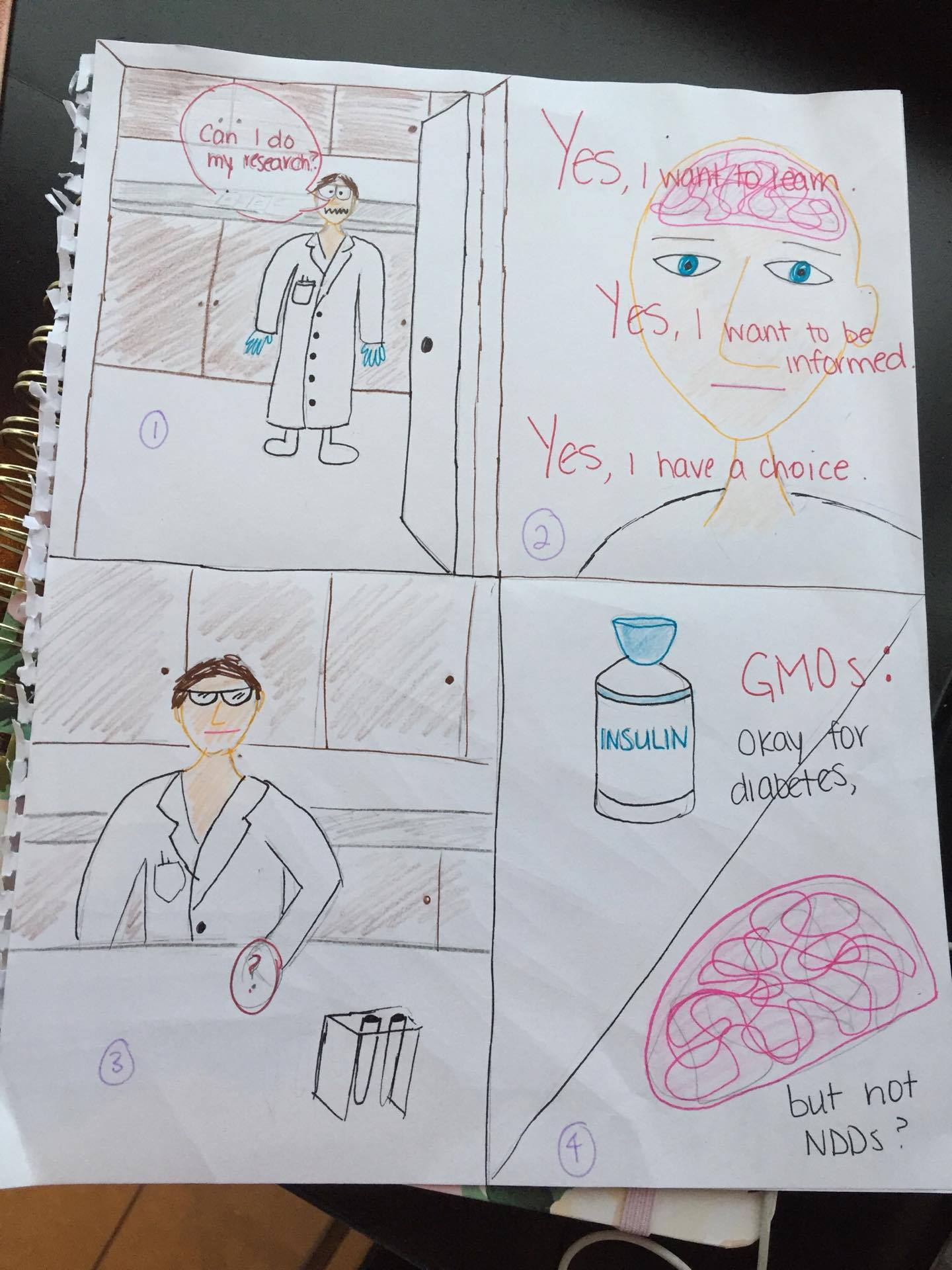 Option 1 depicts a scientist in an empty laboratory. This was chosen as a viable option because it demonstrates the importance of GMOs in researcher/scientist work. It demonstrates that GMOs are a very important tool in NDD research. We know that they are beneficial and a powerful tool for further research, and we wanted to reinforce the point that without GMOs, scientists will not be able to further research with NDDs.

Option 2 depicted a brain, representative of neurodegenerative diseases targeting the brain. The 3 lines of text represent the need for knowledge expansion in GMO and NDD fields. An openness to learn would reap benefits for GMOs in NDD research.

Option 3 depicted a scientist using an absurd tool instead of scientific equipment. This represented the fact that scientists cannot do their work or research without the proper tools. This is the outcome of NDD research when GMOs are not accepted as tools.

Option 4 showed a comparison. This option compared the use of GMOs in insulin with the use of GMOs in NDDs. It provoked the most questions with a simple and sleek poster design. Insulin was chosen as it is used as a treatment for diabetes, which affects approximately 29.1 million people, or 9.3%, of the United States population. This is a very common disease, and it is acceptable for GMOs to be used for this treatment, so why not NDDs?

After developing the four prototypes, we began a poll for the entire iGEM team to decide what they thought the best option was. This poll ran from October 6 2016 to October 13 2016. The poll concluded that option 4 was the most liked and favoured. The second option was 2, followed by 1, and then 3. From this conclusion, option 4 was chosen and handed off to the graphics team to fully develop. The resulting print is shown on the website.

Who are our stakeholders?

Goals and Objectives (What do you want to accomplish with this project?) 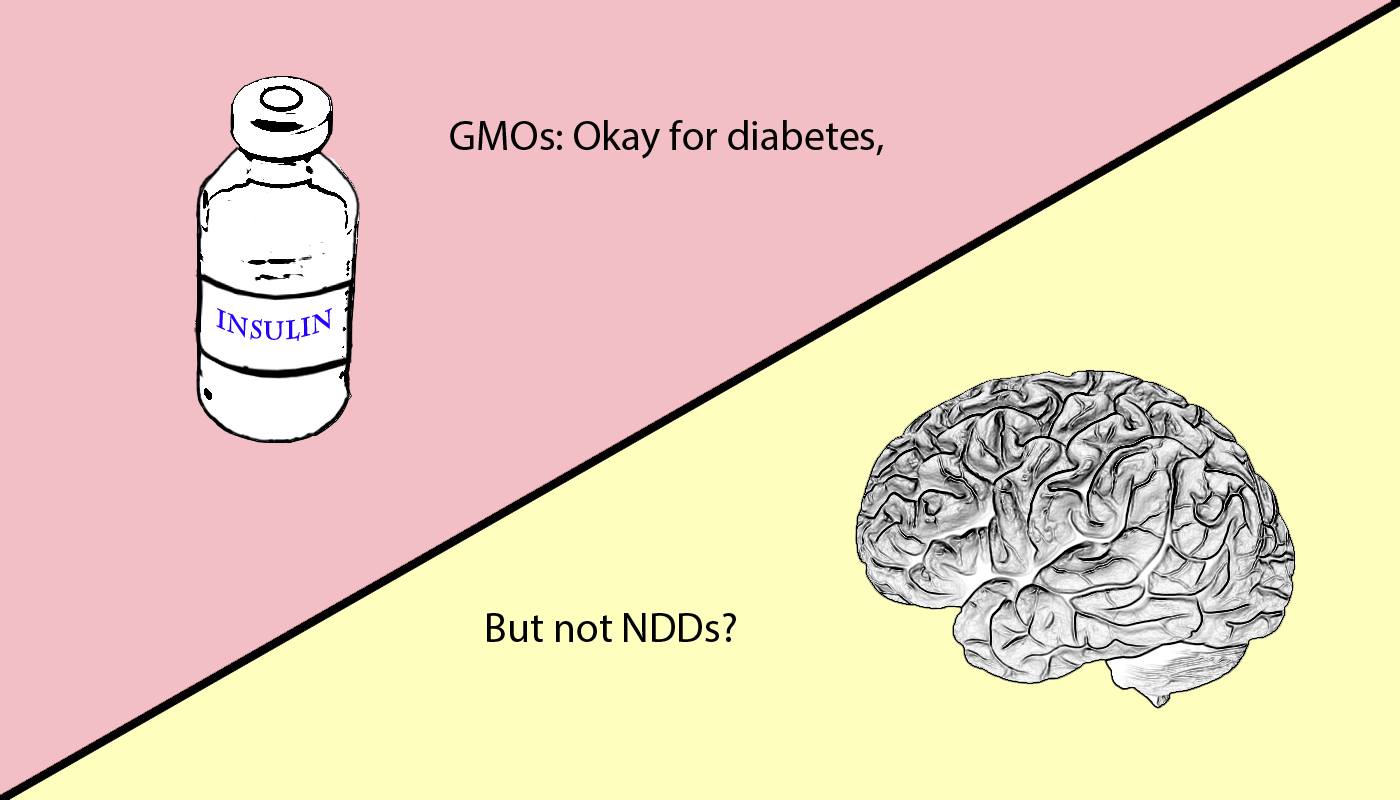