The wet lab portion of the study is in our Notebook. As for the experimental protocol, we adhered to the plate reader protocol provided by iGEM Headquarters.

After normalizing the fluorescence readings to optical density, we found that Device 1 had the strongest promoter strength, yielding the most fluorescence. Device 2 had much weaker fluorescence while Device 3 did not grow at all. After 3 or 4 hours after induction by IPTG, we do not observe any increase greater increase in fluorescence. 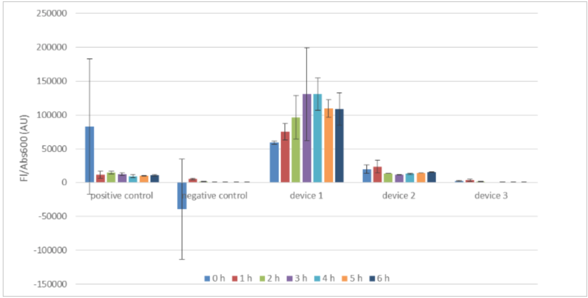 Our team also participated in the measurement study last year. This year, we appreciated the organized experimental protocol which required the same positive and negative controls as well as fluorescence normalization standards. In comparison to last year, we have greater confidence in using our data to compare to measurement studies conducted in other labs. 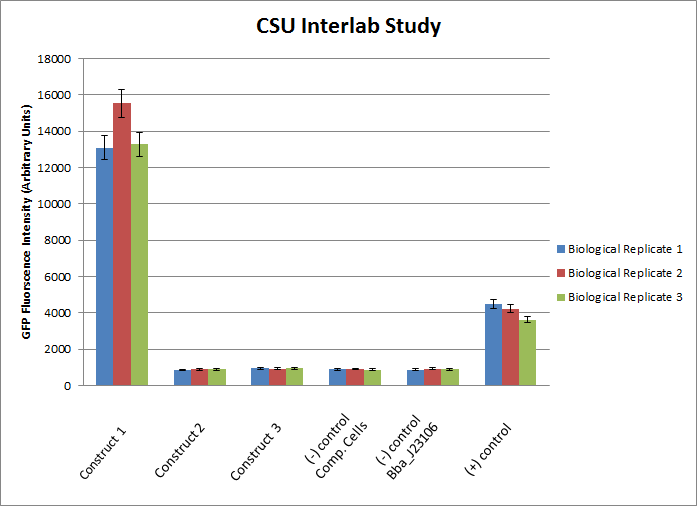 Possible Improvements to the Study

We noticed that there was very high error for the 0h samples for both the positive and negative controls. We hypothesize that this may be due to not measuring the samples immediately, placing them on ice to measure them all at the end. To test this possible explanation, we propose an experiment where we focus only on the 0 hour samples for both the positive and negative controls, collecting Abs600 and fluorescence information every hour until the end of the original experiment- a 6 hour time course. The results would inform us whether saving the samples on ice affects the data collected.