Pathogenic bacteria of the chlamydia strain have a significant negative impact on global health causing permanent disease in humans and farm animals if left untreated, with long term symptoms being infertility and irreversible loss of eyesight. The bacterial infectious disease is largely neglected and underestimated, due to a lack of symptoms in a large part of the affected populous, simplifying the spread of chlamydia over sexual transmission and smear infection – depending on the serotype. 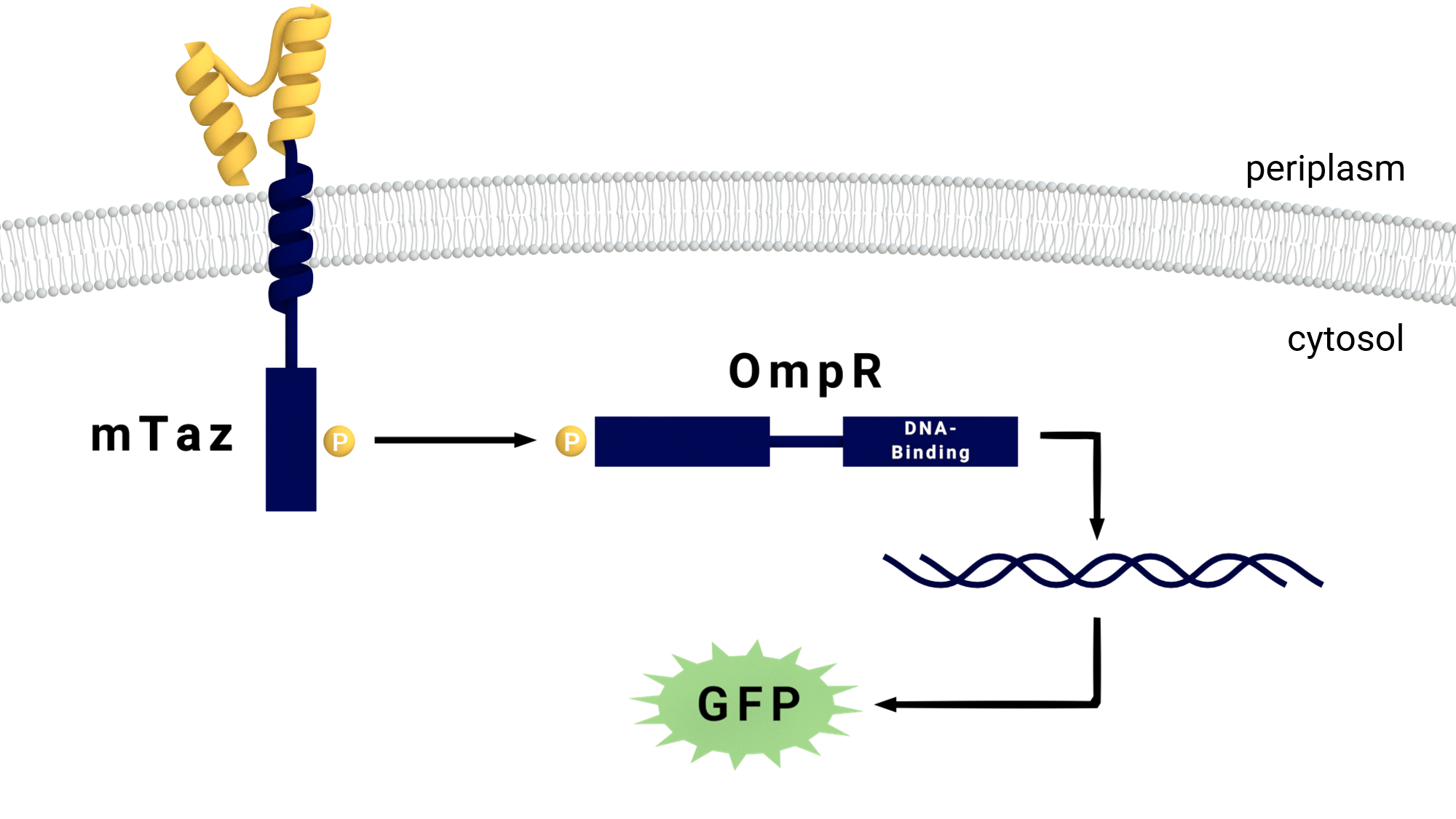 To demonstrate our receptor under working conditions, we simulated a patient sample by adding mDAP to LB broth. We incubated our diagnostic bacteria with the media for 30 minutes, followed by analysis by flow cytometry. We used Aspartate in the same experimental setup to test the receptor for specificity (Fig. 1).

Our modified sensor worked as expected, but with a higher background activation than anticipated. It is to be noted that mDAP is still being synthesized by the detecting E. coli strain, therefore most likely also causing an interfering GFP signal.

We conduct that our diagnostic system is able to detect mDAP secreted by C. trachomatis but lacks sufficient specificity. This could be addressed by directed evolution of the receptor, further optimizing the planned shift of specificity.