Our target audience, those living in remote areas of Australia, raised several concerns with the original bio-chamber design. Their feedback provided us with the opportunity to improve our design and ensure that it was tailored to the needs of our intended market.

Mr Tony James raised concerns that our older conceptual design was not suited for someone who travels around Australia for months at a time in a four-wheel drive. He stated that if he were to use “The Living Battery”, it would have to be detachable and small enough to take with him in his car as he travels.

This feedback invigorated Team Macquarie to design a portable bio-chamber that can be attached to the roof of a car. Being on the roof means that the E. coli cells are exposed to maximum sunlight during the daytime which results in a higher yield of H2 production.

Fig 1. The "Living battery" attached to the top of a four wheel drive.

Mrs Linda Ivey, of Mimosa Eco Retreat, was very excited about our conceptual design. However, she claimed that she would only be interested in using “The Living Battery” on her property if it was sustainable. The very concept of our design is sustainability. The production of hydrogen as a fuel source is independent of fossil fuels and requires only sunlight, cells and nutrients. In addition to this, our autoclave is designed to be powered by a Fresnel lens that utilises the heat from sunlight to sterilise the contents of the autoclave.

This fear of the cells being accidentally released the environment was echoed in many of the interviews. Team Macquarie addressed this issue with the inclusion of a short segment in our farmers video explaining a few reasons why the DH5-alpha E. coli cells we are working with cannot survive outside of their media. Firstly, the cells are auxotrophic which means they are dependent on specific amino acids that are only found in our lab media [1]. In addition to this they are hemH mutants which means they cannot survive outside of a rich carbon source. Finally, the cells are RecA mutants which means that they cannot undergo homologous recombination and thus DNA from our cells can not be transferred to other bacterial cells [2].

The changes made to “The Living Battery” following the feedback received from the farmers were then further discussed with experts in the field of Biotechnology, Biochemistry and Electrical Contracting. These leading experts provided Team Macquarie with valuable insights which allowed refinement of the design and the inclusion of features which made it a more viable product.

Fig 2. Prof. Willows alongside Team Macquarie students discussing their conceptual design
Professor Robert Willows, an expert in chlorophyll biosynthesis advised the team to use clear Mylar to line the inside of the bio-chamber, with a layer of aluminised Mylar at the bottom to reflect the sunlight back through the cells. Mylar was suggested as an ideal material as it is less permeable to hydrogen gas than other plastics and it also blocks UVB rays thus reducing UV induced mutations. Furthermore, Mylar provides a smooth internal lining for the tank which makes it harder for the cells to adhere to, thus decreasing the risk of biofilm formation.

In addition to this, Professor Willows suggested avoiding high-pressure gas tanks for the storage and instead using a low-pressure solution as it would be less hazardous and therefore a more desirable product.

Professor Helena Nevalanien was consulted for her expertise in the field of biotechnology. She brought up the issue of biofilm formation as a result of the E. coli cells settling when they were in a stationary situation. In order to address this issue, the Macquarie team introduced a small, rechargeable battery powered stirrer into the bottom of the bio-chamber. When the bio-chamber is in a stationary situation a small switch can be turned on to activate the stirrer and ensure that the cells are constantly moving.

Professor Nevalanien was also concerned with how we would separate the hydrogen molecules from molecular oxygen in the bio-chamber. To deal with this concern, the Macquarie team’s design incorporated a nafion membrane in between the bio-chamber and the hydrogen cylinder. Nafion is a commercially available, semipermeable membrane from Dupont. The fluorinated Teflon backbone of nafion gives it a high chemical stability and ionomer properties make it an ideal selective membrane for hydrogen protons which can migrate across sulphonate groups [3]. In addition to this, Team Macquarie reshaped our bio-chamber to make it triangular. As H2 gas bubbles towards the surface, it will bubble into the air pocket at the tip of the bio-chamber which will feed it straight through the nafion membrane and into the gas cylinder [4]. 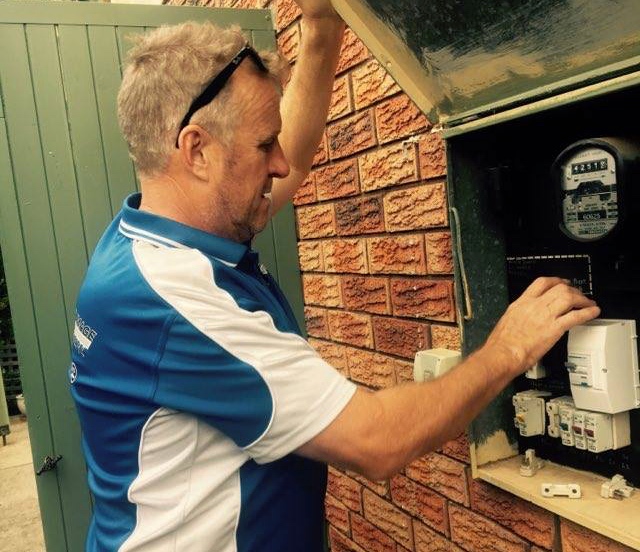 Fig 4. Mr Bennett hard at work after teaching the Macquarie Team some basics about voltage and generators.

Team Macquarie 2016 is proud to present our conceptual design, “The Living Battery”. This self-sustaining system requires only sunlight and media to produce H2 gas which will be stored and used to power hydrogen fuel cells. This method of H2 production is renewable and eco friendly as it does not result in the generation of any undesirable, harmful or polluting by-products.


Based on team Macquarie 2015’s PSII model, the hourly theoretical yield of H2 is 0.8mL per mL of modified E. coli cells (109 cells). A generator that could be used to power appliances inside a car would require about 7.2k Wh/day. As hydrogen has an energy per mass content of 143 MJ kg or 40k Wh, our bio-chamber would have to be large enough to hold approximately 20.77L of modified E. coli cells [5].

The Bio-chamber is the core of our design. It is where the E. coli cells are stored and the H2 gas is generated and transferred through a nafion membrane into a storage cylinder.

Perspex was chosen as the outer material of our bio-chamber due to its high absorption of wavelengths (200um to 400um) which protect the modified E. coli from ultraviolet radiation UV A, B and C rays.

The inside of the Perspex layer was laminated with clear Mylar on the sides and aluminised Mylar on the roof and base. Aluminised Mylar was used to reflect the light back through the cells allowing them a second chance to absorb the desired wavelengths. Mylar was used as a key material as it provides a smooth internal lining for the tank, making it harder for the cells to adhere to the sides thus decreasing the risk of biofilm formation.

It was important for us to keep in mind that everyday people are not trained to handle bacterial cells and that it's more than likely they will be in a less than sterile environment when handling the cells. This led to the design of 2 main features that permit the user to replace their cells and media without the need for manual handling.

The first is a detachable autoclave that is powered by a Fresnel lens. When it is time to change the cells you simply attach the autoclave drainage pipe to the bottom of the bio-chamber and drain the contents inside.

The second is a refill system which consists of sterilised media (LB and other essential nutrients) and our freeze dried E. coli cells. The refill system simply screws into the top of the bio-chamber which causes the primary and secondary seals to break, releasing the new cells into the bio-chamber and suspending them in media.