Since we have demonstrated the pathway to convert methanol to D-xylulose in vitro, herein, we would like to look at its possibility in vitro by using stoichiometric model in E.coli.
In a short word, a stoichiometric model is a combination of reactions related to target molecules which form a metabolic network that could offer bird view of mass/energy flux in vivo.
For this work, we built up the model based on present model of E.coli from CellNetAnalyzer(Steffen and J 2007), and added our reactions into it. Then we appended the interconnected reactions retrieved from KEGG Pathway database(Kanehisa and Goto 2000).

Construct stoichiometric model containing basic carbon metabolism and the pathway of methanal-xylulose.
Simulate the mass flux of E.coli with methanal as the sole carbon source.
Offer the speculative explanation why D-xylulose did not store in vivo.

First, according to existing central metabolism model of E.coli(Stelling, Klamt et al. 2002), the core metabolic network was built with trivial hot fix. Later, the reactions of converting methanal to D-xylulose was added into the essential model. To get closer with the actual situation, all major reactions and compounds related to those reactions retrieved from KEGG Pathway database were complemented.
With built-in functions of CellNetAnalyzer (CNA), feasible check, flux analysis and flux optimization was performed and the parameters of model was adjusted according to the manual of the software in different steps.

Stoichiometric model of genetic modified E.coli was developed. Based on material above, a model was developed with CNA and it passed feasible test, i.e., the system was feasible and not redundant.
Examined the mass flux when methanal was the only carbon source (set glucose and glycerol input to zero). The simulation result indicated that this engineering bacteria could grow well with merely methanal.
D-xylulose could not accumulate in vivo due to pentose phosphate pathway. Besides, the production of D-xylulose was increased because of supplement of other reactions. 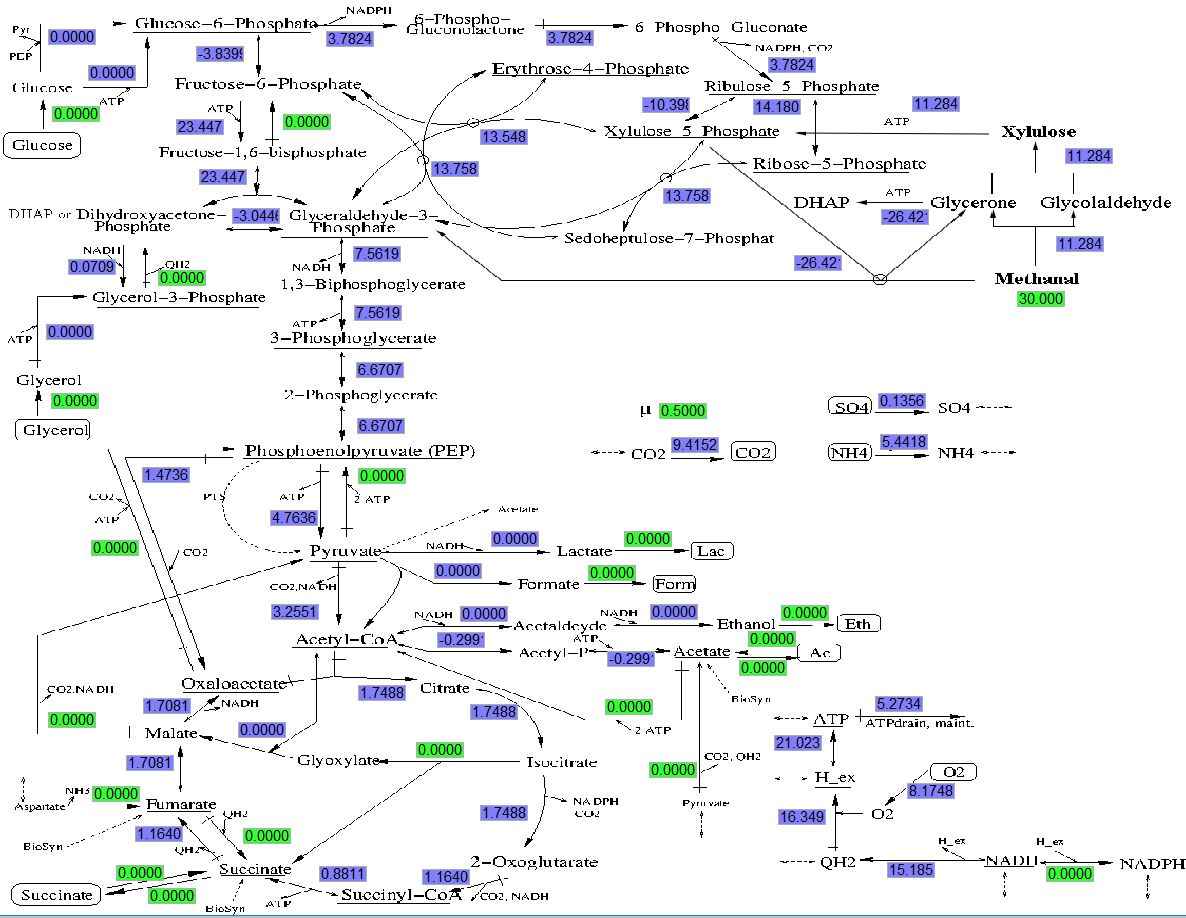 Figure 1 The stoichiometric model of genetic modified E.coli. The input of methanal was set to 30. 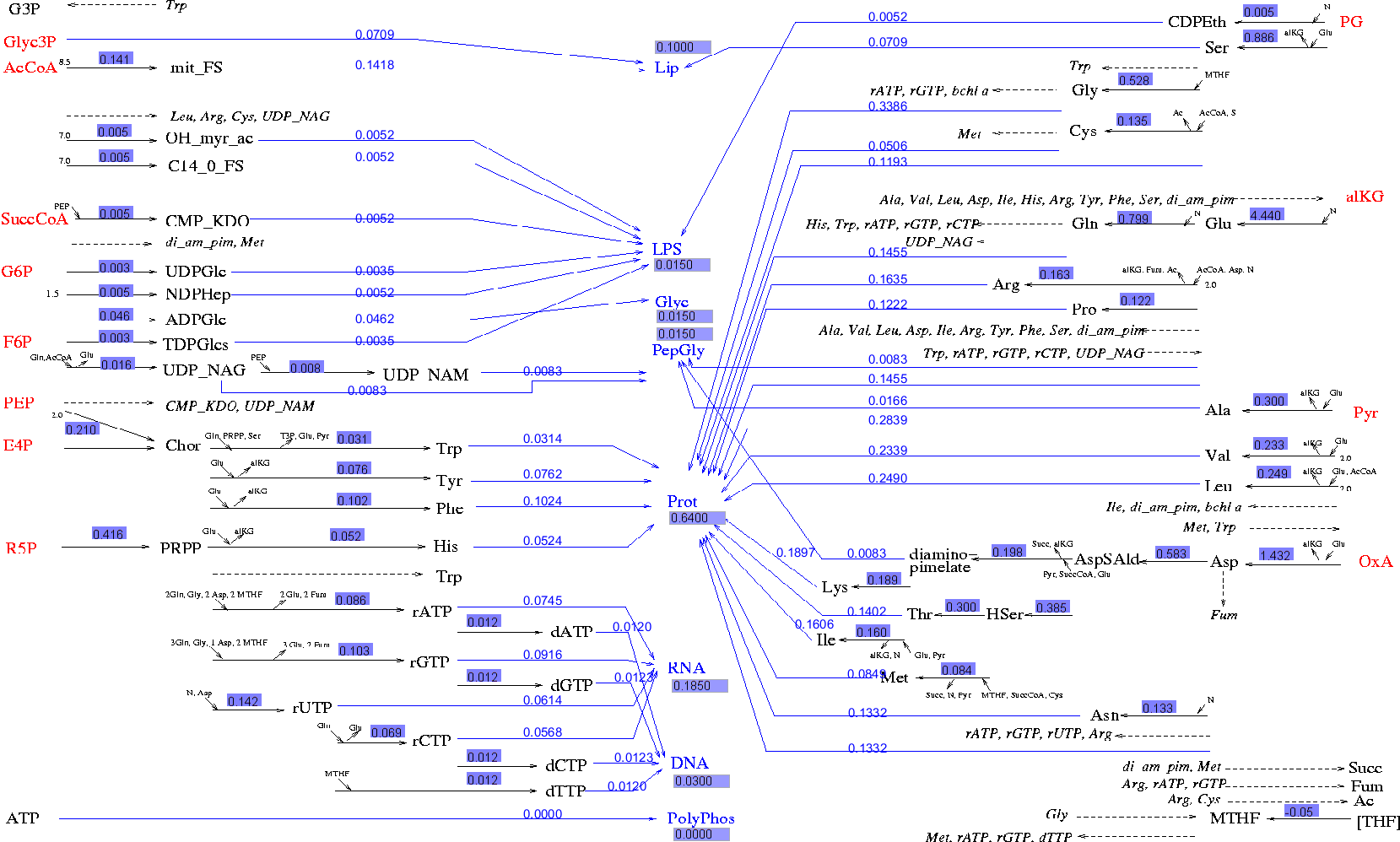 Figure 2 The Anabolic flux map. At the center of the map, there are generation speed of several major macromolecules 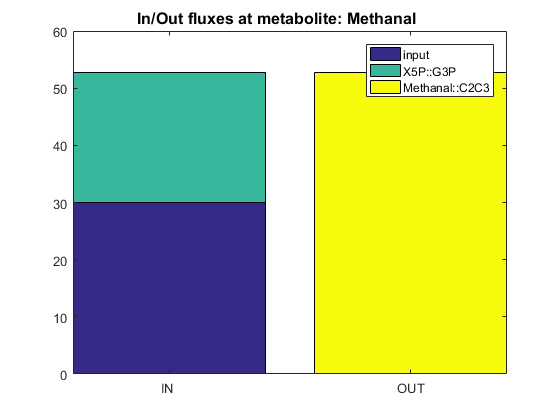 Figure 3 The fluxes at methanal. Except input methanal, there is also supplementfrom other reaction. 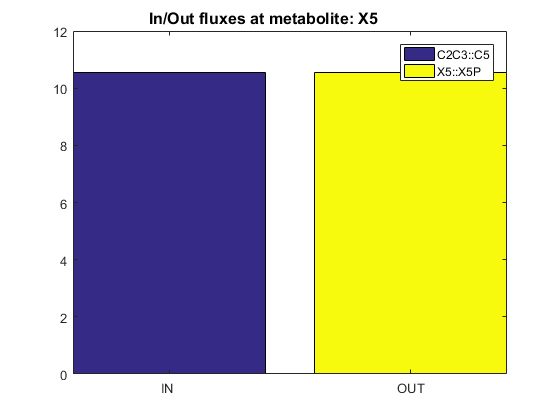 Figure 4, The fluxes at D-xylulose. Since the IN flux equal to OUT flux, there is no accumulation of D-xylulose.

This work makes extensive use of the MATLAB(Natick 2016) program, which is distributed by The Mathworks, Inc. We are grateful to The Mathworks for providing Sponsored License of MATLAB R2016b.