Methods to detect toxins in food already exist, but many of these methods require a lab setting and several hours for a result. Our team has been working to create a portable device that gives rapid results without compromising the accuracy of the results. We are designing the device so that it would contain all necessary components to run a valid experiment, while being small in size. We are also making the device as consumer-friendly as possible by limiting the number of steps the user would have to take to obtain results. Furthermore, we are aiming to eliminate any direct contact between the user and the food and solution samples to ensure the accuracy of results and avoid any additional contamination or safety risks. Although we are still only designing a prototype, the vision is that the fully functional product would be used by consumers/ food vendors without any lab background.

Our prototype went through several iterations. Initially, we wanted to make the device consumer focused. After going through several brainstorming sessions (see the figure below), we decided to use a horizontal device divided into three compartments. The gel would run in the first compartment, followed by staining in the second and observation in the last compartment. This initial design can be found here. 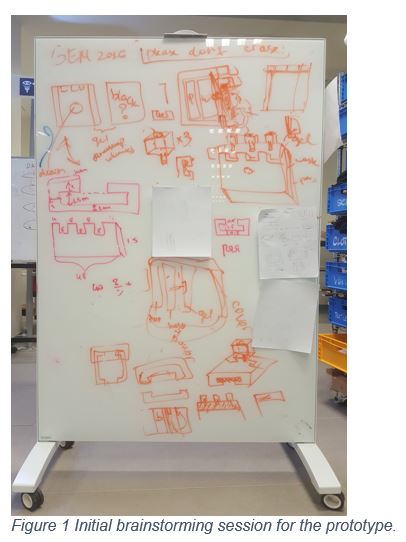 However, despite optimizing each step of the process, the feedback from our human practices team indicated that most consumers were unhappy to wait for around 45 minutes for the results of the testing. (The link to the integrated human practices can be found here). After talking to engineering design professors from NYUAD, we realized that the device could actually be much more useful for street food vendors. This allowed us to be more flexible with our design and include features that could not be incorporated in the previous version. We changed our prototype to a fully mechanized integrated device that would perform all the operations in one compartment. After careful consideration, we settled with the idea of a vertical device, which also made the draining process a lot easier. Pictures of the 3-D animation of this prototype can be found below: 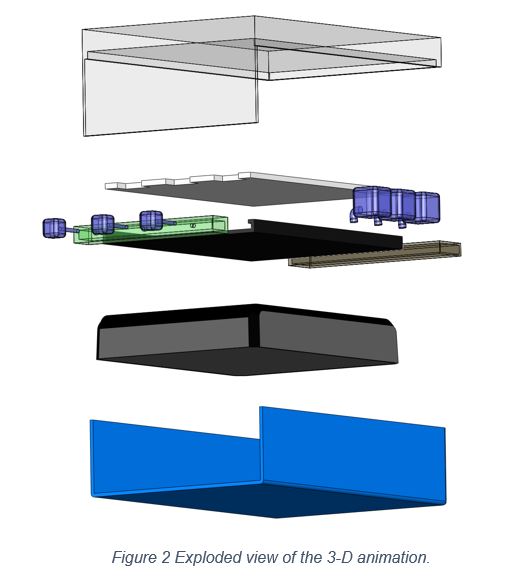 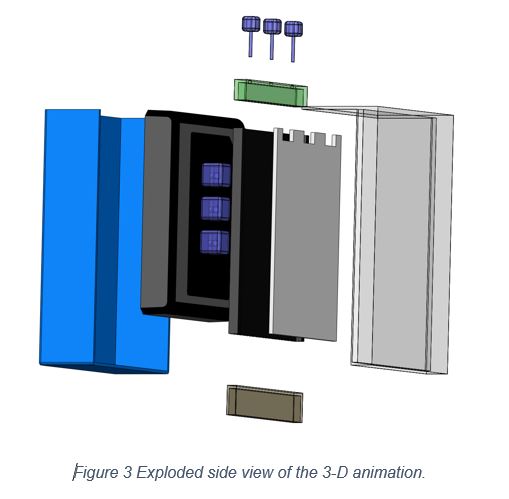 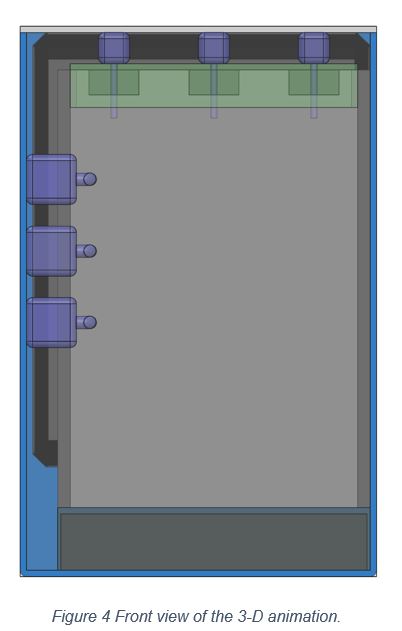 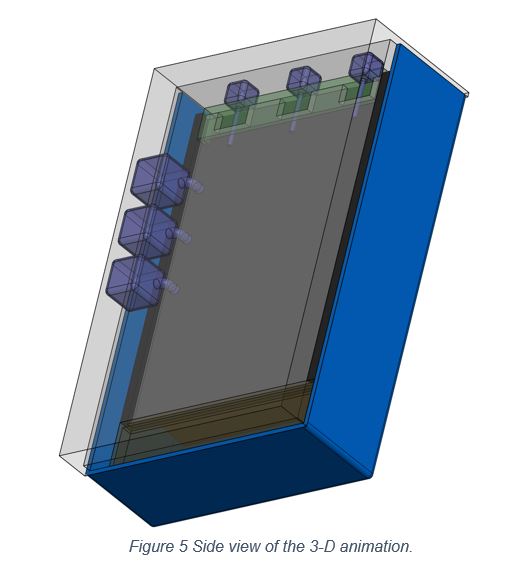 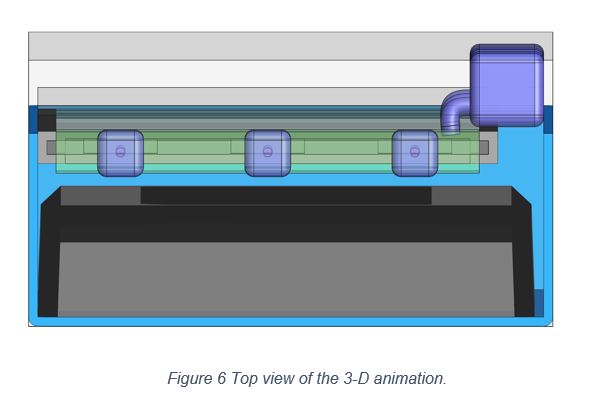 The dimensions of the gel are 16 cm x 10 cm. Capillaries connect the three containers at the top to the wells. The final functioning version of the device is expected to work the following way: a button would control the flow into the wells, allowing 50 microliters of fluid to flow into the wells each time it is pressed. The next step is to pour the buffer into the device by pressing a button that allows the buffer to just cover the surface of the gel without overflowing (the dimensions of the containers were chosen to ensure the appropriate volumes). After the gel has run, the buffer can be drained into the waste container by pressing a button on the side of the device. Similarly, the stain and de-stain solutions are also provided in containers (the larger containers shown on the side), which are also controlled by knobs, which allow the solutions to fill the gel compartment and then drain into the waste container. After running the gel and staining (with zinc stain), the bands can be visualized readily since the device comes with a black cover, which helps in visualizing the clear bands against the opaque milky-white background.

Although we have 3D printed a prototype of our device, we were not able to print the fully functioning device due to time constraints. The marketable version will include a display showing the time remaining for the run to complete and the voltage supplied. After running experiments in the lab, we can further optimize the process by setting a default running time for the gel, a default staining time and an optimal voltage, depending on the size of the gel, and hence make the device as user-friendly as possible.