We created a brochure that introduced our Shiga-toxin detection device, Shiga toxin itself as well as the iGEM competition and synthetic biology and it also linked to the iGEM website and our project wiki. From presenting it to curious individuals to giving it out at events and markets, this brochure has been an immensely helpful informational tool in spreading the word about our work and iGEM. You can click here to take a look at our PDF and share it!

We set up a stall outside one of the busiest areas of our university to inform and educate passersby about iGEM, synthetic biology, and our project. We presented iGEM as the multidisciplinary competition it is and as an amalgamation of many fields and skill sets which is very much reflected in our team, something people seemed to particularly enjoy. We also gave out our brochures for additional information. Our set-up received a great amount of interest from the culturally diverse range of students, faculty and families on campus and we were constantly met with wide-eyes and gasps of excitement as we spoke about iGEM and our Shiga toxin detection method and device. All and all, it was a very successful event that definitely garnered the public’s interest (some especially enthusiastic individuals even approached us about being part of next year’s team!). As representatives of the NYUAD iGEM team, it was incredibly rewarding to be able to communicate what it means to be part of iGEM to our community. 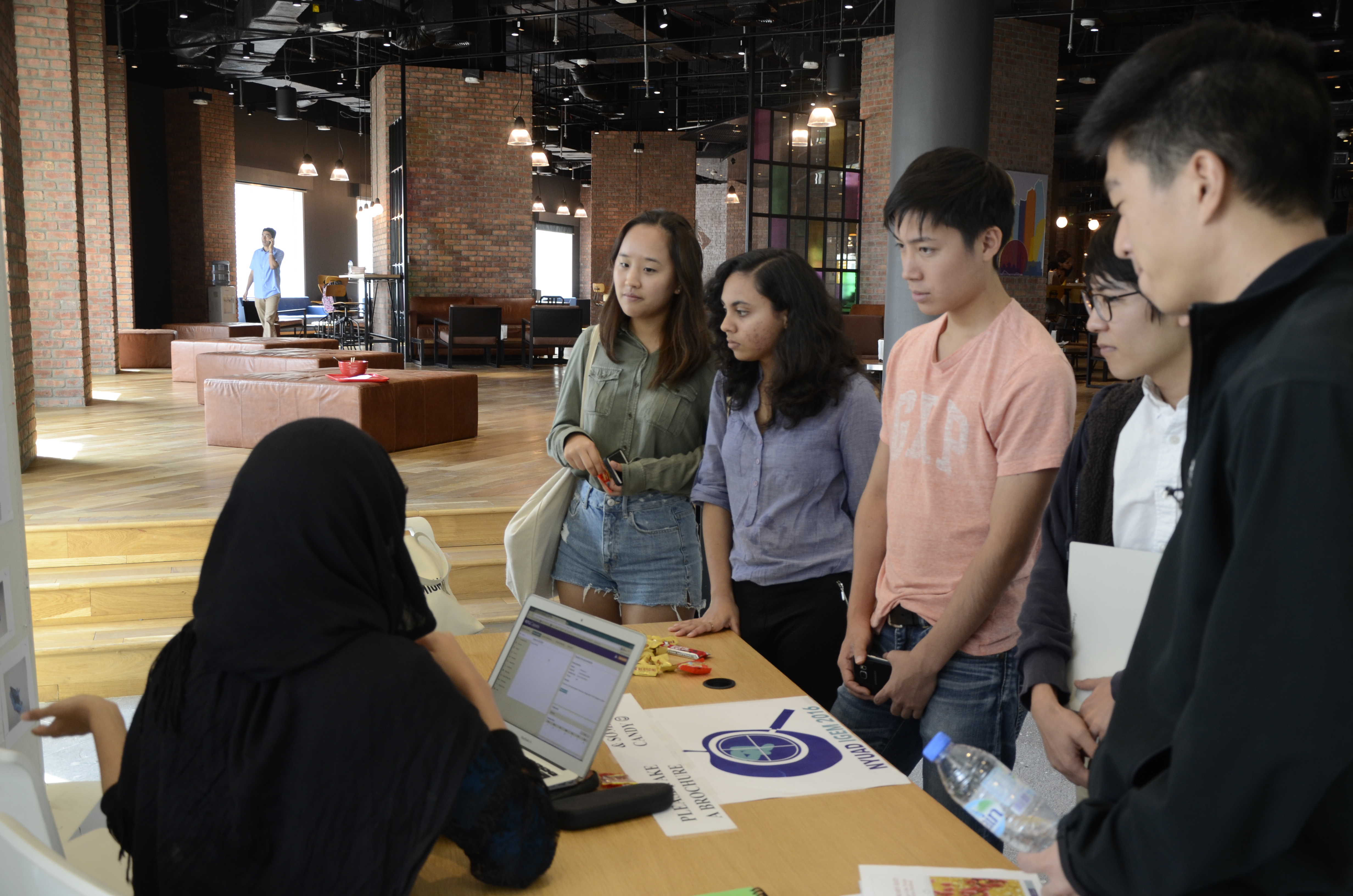 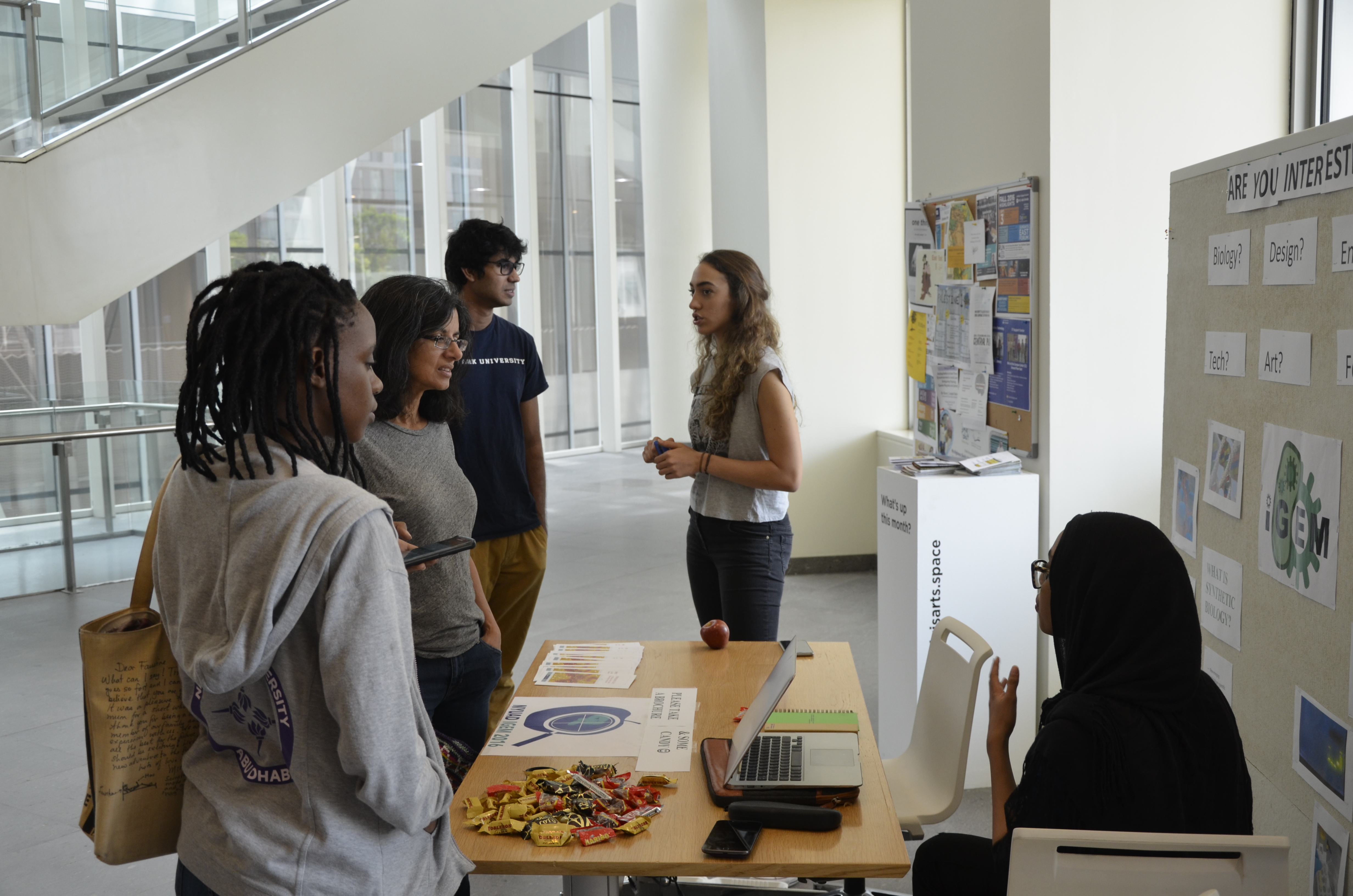 We collaborated with the on-campus debate group to facilitate a discussion about genetic engineering. This was a great way to create a running dialogue regarding the public’s ethical concerns within synthetic biology. At the end of the debate, the head of the group approached us saying that people previously didn’t have a good understanding of the complexities of the topic and that this truly encouraged many to delve deeper into the subject matter. 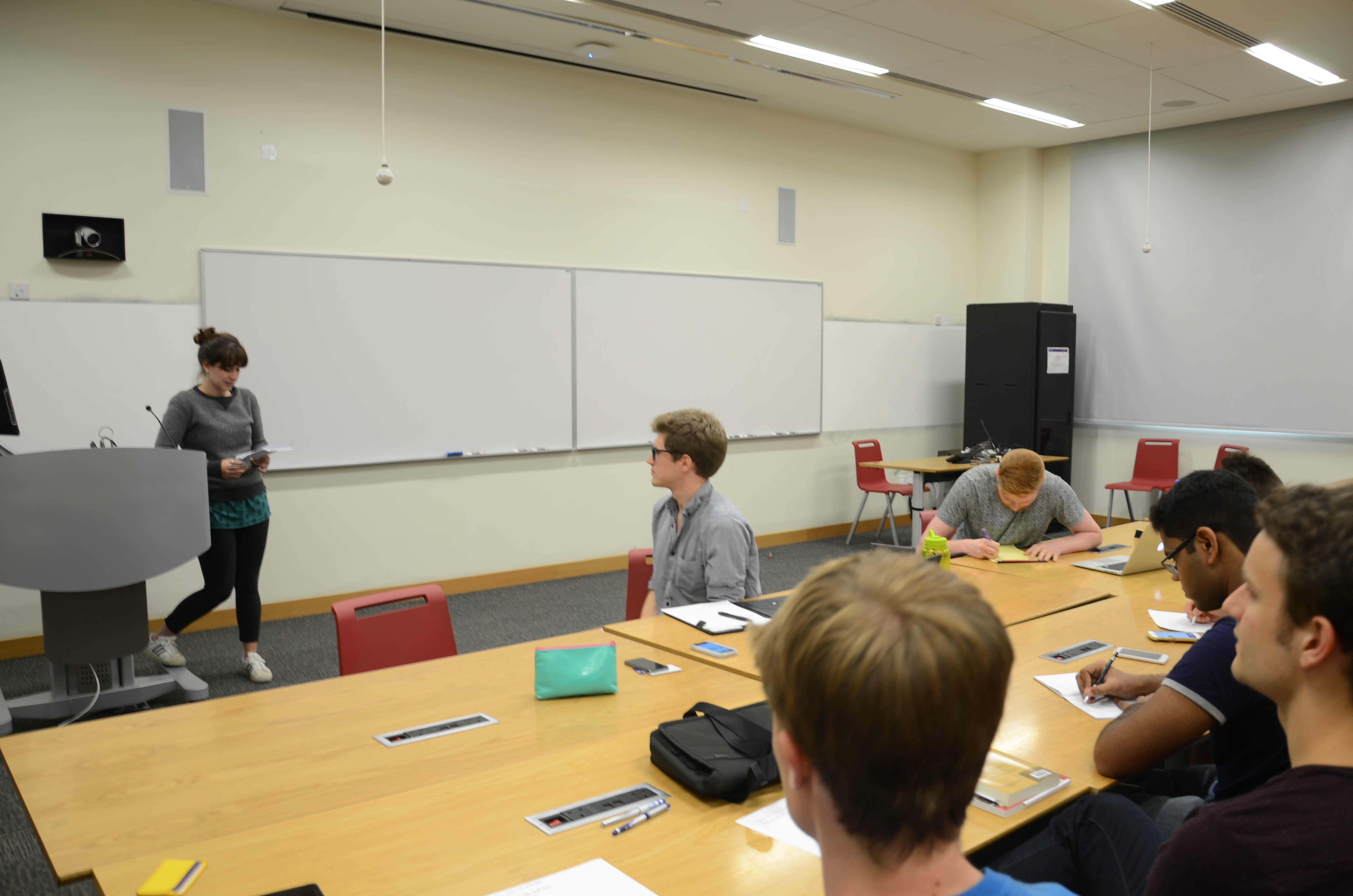 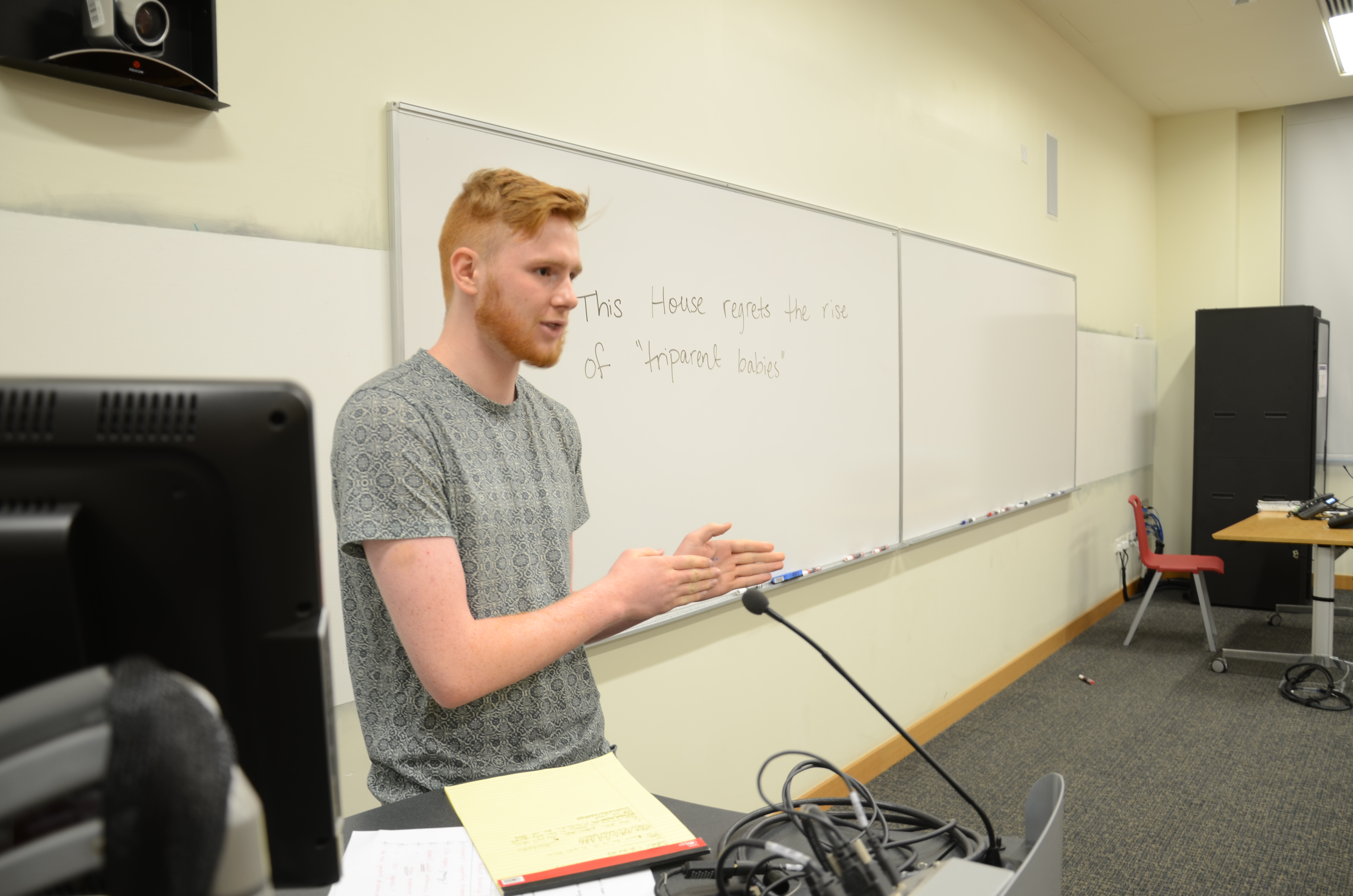 After developing and conceptualizing the prototype design for a consumer-focused device to detect Shiga-like toxin, we created a survey and sent it out to the local community to receive feedback from potential consumer populations. The survey included questions regarding:

In addition to this survey, we set up a focus group of about 20 people to gather more qualitative feedback, discuss potential concerns for such a device, and incorporate suggestions for future prototypes. We asked similar questions to the survey, briefly presented information on iGEM, our project, and SLT, then opened discussion and questions.

Responses came in from people from over 30 different countries, and the results from both the survey and focus group were then compiled and analyzed. It was shown that a majority of people consider food safety a big issue, believe that food from street vendors is unsafe, and would prefer to eat food tested by a device like ours. Although most people said they would be willing to purchase this device, 92% of them indicated the longest time they would be willing to wait for a response before eating would be only up to 15 minutes, making a device that takes approximately 45 minutes not as attractive to a majority of consumers. However, about 80% of people indicated they would feel more confident eating from a street vendor if their food was tested with this device. This, in addition to the extended running time needed for a gel electrophoresis, caused us to change the focus of our project entirely, and target street vendors themselves instead of consumers, as a means to affirm and demonstrate the safety of their food. 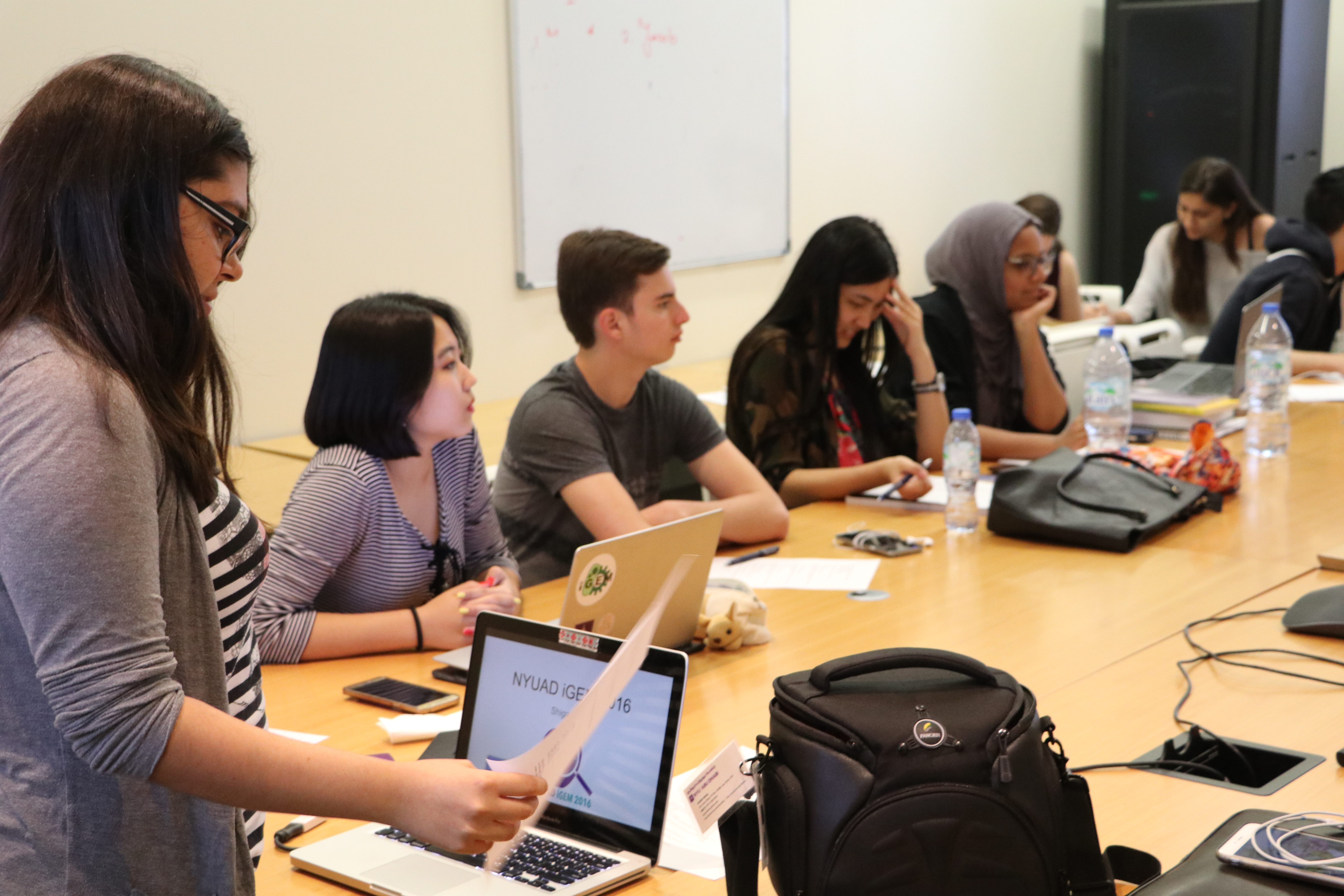 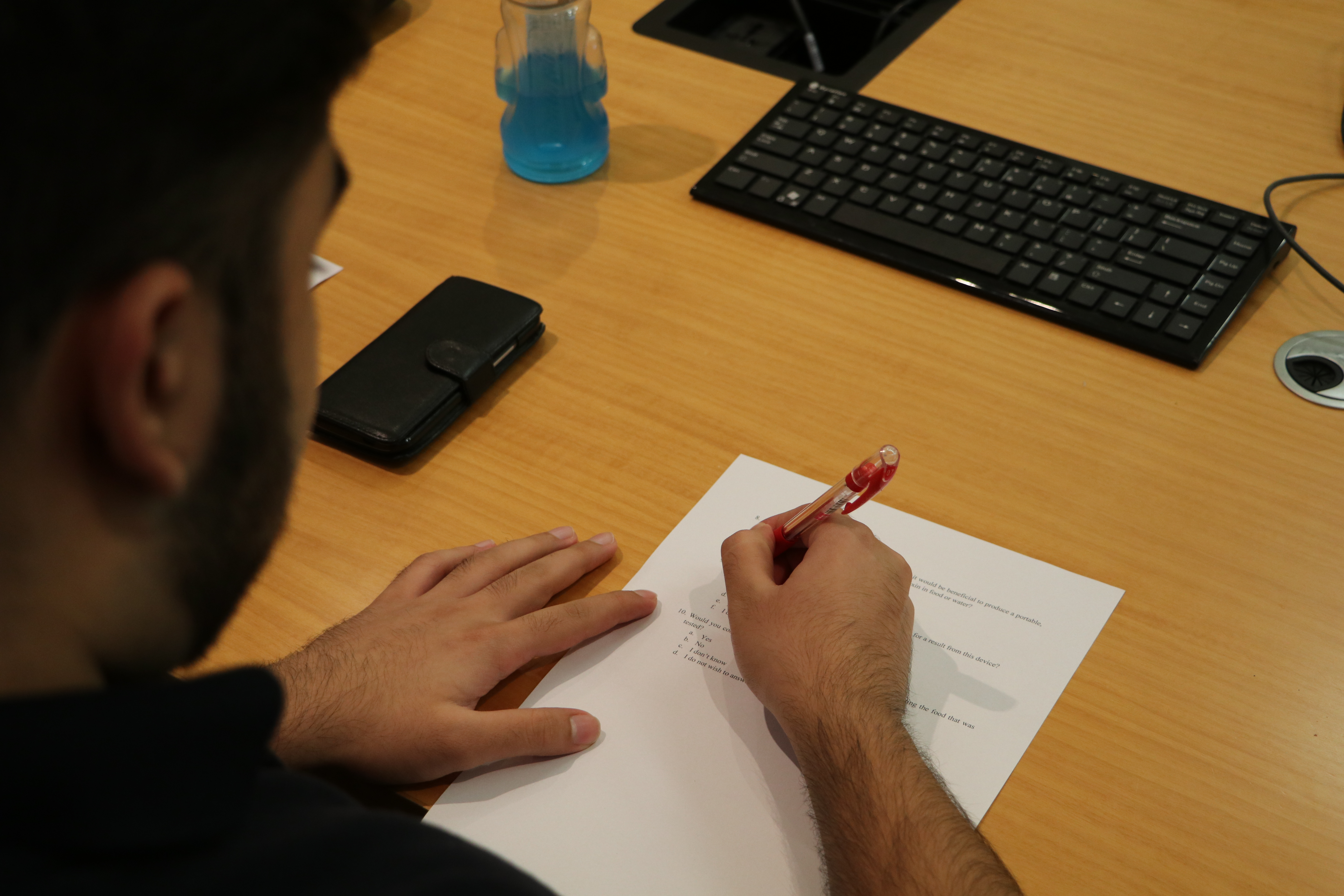 The figures below show the main findings of our survey. These findings helped us modify our project based on the feedback we received from people through our Human Practices 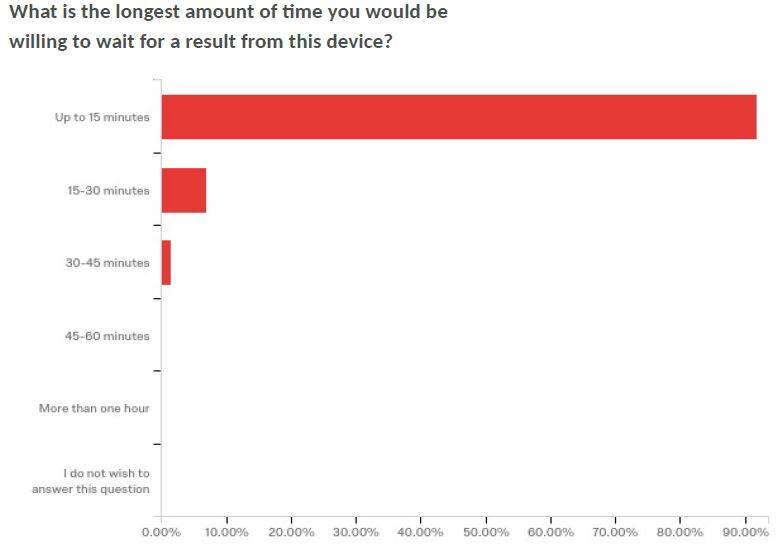 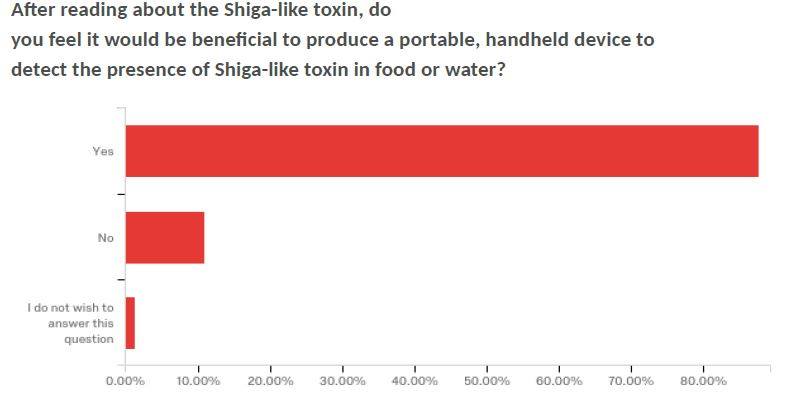 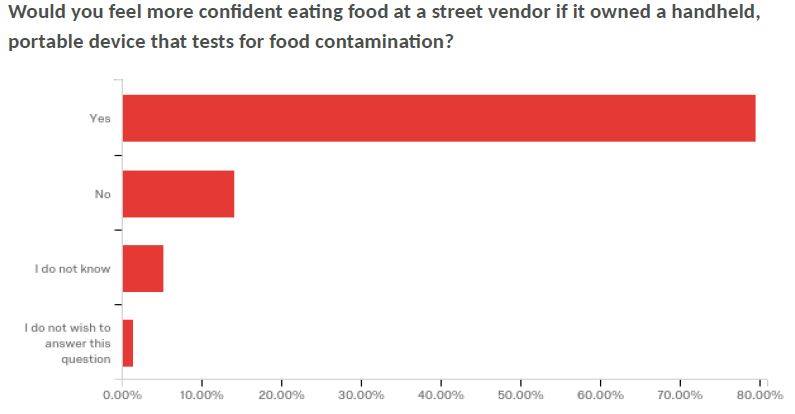