Attributions and Thanks From the RHIT 2016 iGEM Teams

The RHIT 2016 iGEM project is a continuation of the RHIT 2015 iGEM project. We continued to use, build on, and verify the completed parts submitted to the database by last years team, as well as finish a few parts that were not completed but designed by members of last year's team, such as pSB416 GPD. We are very thankful for the hard work last years team put into iGEM and glad to have had the opportunity to push their project forward and continue to engineer yeast mitochondria using synthetic biology.


Alexander Lacrampe and Xintong Xia worked on the mls-yeGFP for the duration of the project and finished constructing pSB416 GPD with the help of Joe Lee as well as verifying its function. Xintong and Xander also worked on testing mRPS12 TU in pSB416 and attempted to use it to restore mitochondrial function in mRPS12 TU knock out yeast

Connor Holthouse, Justin Mader, and Joe Lee worked on the P416- CYC1 expression vectors and P426-GPD that did not get completed in the time period due to complications. Justin managed both the team's collaboration with Purdue as well as our outreach a local high school and submitting the paperwork to start the Rose-Hulman Synthetic Biology Club.

All members of the iGEM received guidance and lab training from our PI, Dr. Anthony. He also helped double check and order geneblocks from IDT and secured funding for the 2016 iGEM team. 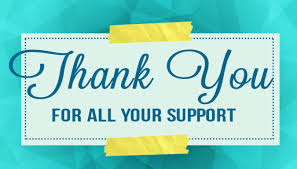 We would like to acknowledge a few people for which the project would not be successful without. We would like thank Dr. Reizman for the help and use with the nanodrop, Shannon Tieken for the technical support with our equipment and providing us with the chemicals we needed when we didn’t have them. We would also like to thank Rose-Hulman for providing us with lab space, IDT for providing us with free DNA as well as our donor for the funding that we received. We would also like to thank Franklin Central for allowing us to come in and speak with their students about our project.