Inflammation
Inflammation is a basic process in multiple diseases, such as IBD, trauma, arthritis, etc. and an indispensable part in the healing process of injured tissue, overlapping with proliferation and resolution. It’s a complex set of interactions among pathogens and immune systems in which chemokines and cytokines play an important role in the communication. 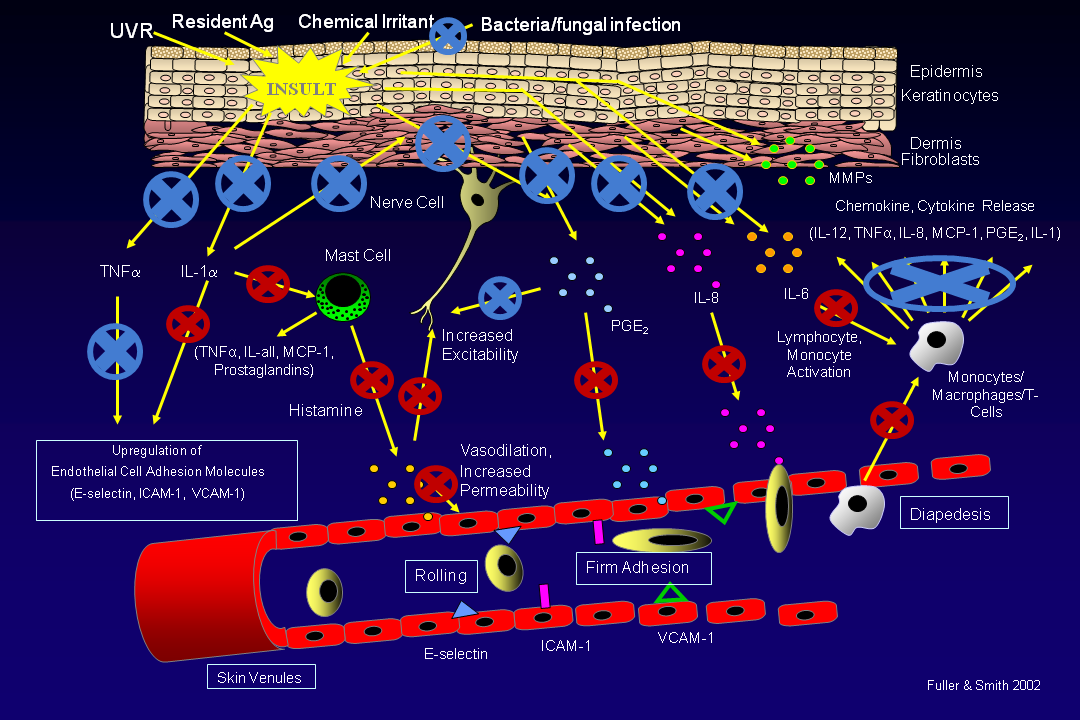 Figure 1.1.1
This figure is from http://www.dermamedics.com.
In inflammatory condition, involved tissue produce a variety of cytokines and chemokines. These “inflammatory messengers” bind to specific receptors on target cells and stimulate the production of additional inflammatory signaling molecules, causing vasodilation while others cause migration of immune cells from the blood into the inflammatory area. 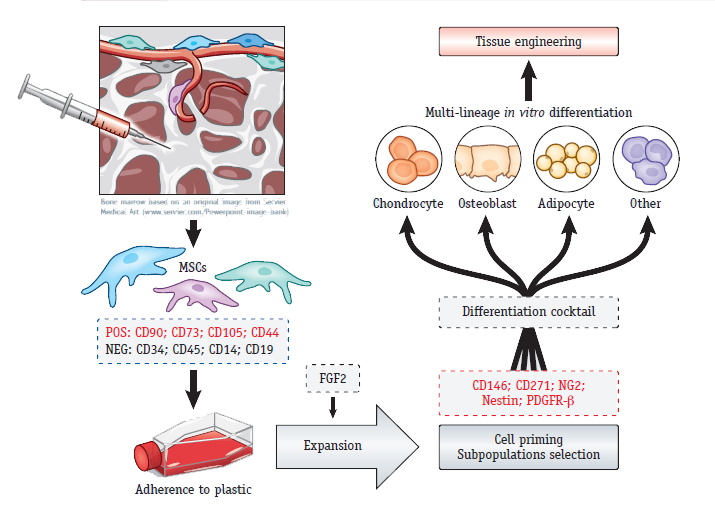 Figure 1.1.2
This figure is from Somoza R A, Correa D, Caplan A I. Roles for mesenchymal stem cells as medicinal signaling cells [J]. Nature Protocols, 2016, 11(1).
From an initial heterogeneous population, specific subpopulations can be obtained by either sorting with markers related to their roles in vivo or by priming them with stimulating solutions during expansion. MSCs have the in vitro ability to differentiate into mesodermal lineages and this differentiation is achieved by supplementing cultures with lineage-specific soluble factors and specific microenvironmental cues.

Mesenchymal stem cells (MSCs) are adult multipotent progenitor cells derived from a variety of adult tissues, such as bone marrow, adipose, peripheral blood, dental pulp and fetal ones, like umbilical cord blood, Wharton's jelly, placenta and amniotic fluid. They are defined as cells which can differentiate into several lineages: osteoblasts, chondrocytes, adipocytes and should be adherent to plastic. Apart from the criteria above, MSCs are cells positive for CD34, CD73, CD90 and CD105 and negative for CD11b or CD14, CD19 or CD79 α, CD34, CD45 and HLA-DR.
As adult stem cells, they display immunomodulatory, anti-oxidative, vasculature-protective and anti-fibrotic properties [2] due to secretion of several paracrine factors and interaction with immunocytes. Given the beneficial characteristics, MSC treatment is regarded as a potent treatment for various kinds of diseases in which treating inflammatory diseases is one of the most researched and promising aspects of the clinical application of MSCs. 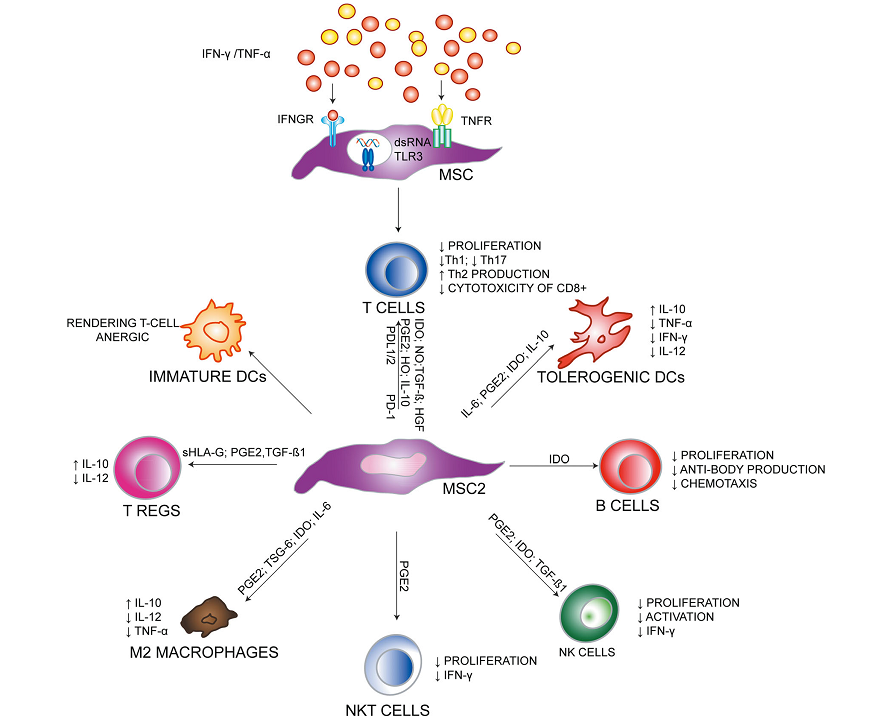 Then how can MSCs be applied to patients?

Now that upgrade is desperately in need, we, SYSU-MEDICINE, decide to engineer MSCs of next generation - MSCavalry.

MSCavalry - MSCs of Next Generation

Our goal is to engineer a set of MSCs (homo sapiens) acclimatizing to various inflammatory diseases. We suppose to endow MSCs with capability of traveling directionally and specifically to the inflammatory tissues or organs. At the same time, we are eager to figure out the distribution of intravascularly administrated MSCs. Thus, our design includes the following sections:
Chemokine Receptor
MSCavalry are a series of MSCs optimized with all kinds of consistently expressed chemokine receptors (CXCR1, CXCR4, CXCR5, CCR2, CCR5, CCR7), which is able to bind specific chemokines elevated prominently in different kinds of inflammatory tissues or organs .
Marking Proteins
MSCs are also equipped with genes under constructive promoter of several kinds of marking proteins: eGFP, dTomato and Luciferase, realizing accurate locating as well as highlighting.
Switch
Additionally, with a switch sensing fibrotic conversion, MSCs shifting to myofibroblasts would consequently express genes of interest.
Animal Models
To testify our design and play a foundation for future clinical experiments, we constructed murine models of two prevalent inflammatory diseases: inflammatory bowel disease (IBD) and delayed type hypersensitivity (DTH).
Transfection
In the stage of proving experiment, we chose lentivirus expression vector to transfer our system into MSCs, for its high transfecting efficiency and capacity in consideration of the difficulty in stem cells transfection and the volume of our system [5]. However, given the oncogenicity risks of lentivirus, we transferred our system with electroporation in further study.

To invest MSCs with higher homing efficiency and to quantify the MSCs in local inflammatory tissue, we constructed a frame consisting of two basic elements responsible for sensing and positioning to inflammatory sites and marking MSCs both in vivo and in vitro. 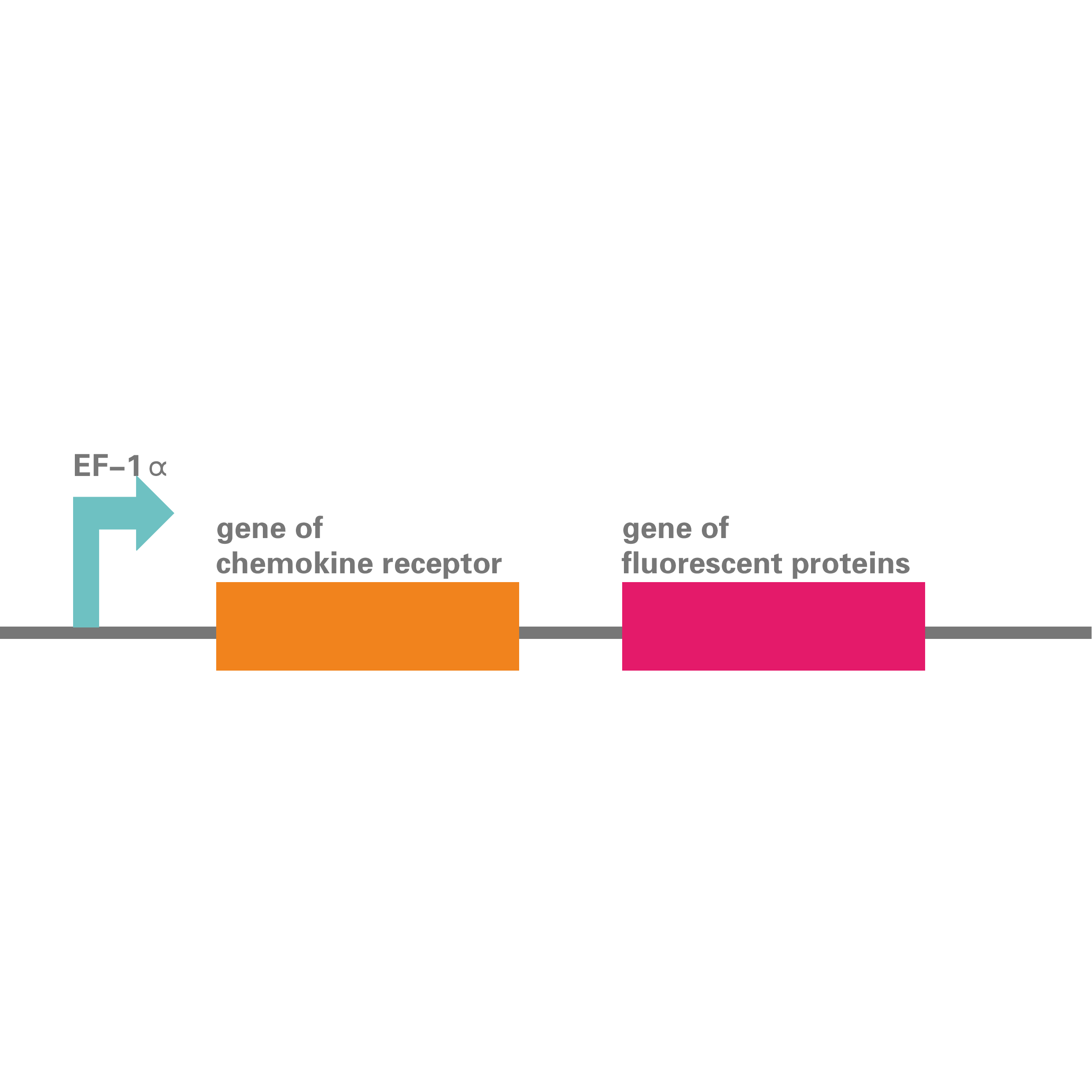 Figure 1.2.1
Our first design includes the genes of chemokine receptors and a set of marking proteins under constructive promoter EF-1α.

Chemokine Receptor
Chemokines are signal molecules controlling the migration and positioning of immune cells, which is critical for all immune cell movement ranging from the migration required for immune cell development and homeostasis, to that required for the generation of primary and amnestic cellular and humoral immune responses, to the pathologic recruitment of immune cells in disease [6].
Under the circumstances of inflammation, a complex process characterized by the coordinated movement of effector cells to the inflammatory sites as well as the exit of immune cells from peripheral sites to the draining lymphoid organs requires the induced expression of chemokines and their respective receptors on target cells.
Chemokine receptors are transmembrane proteins binding with chemokines and initiating cell migration. 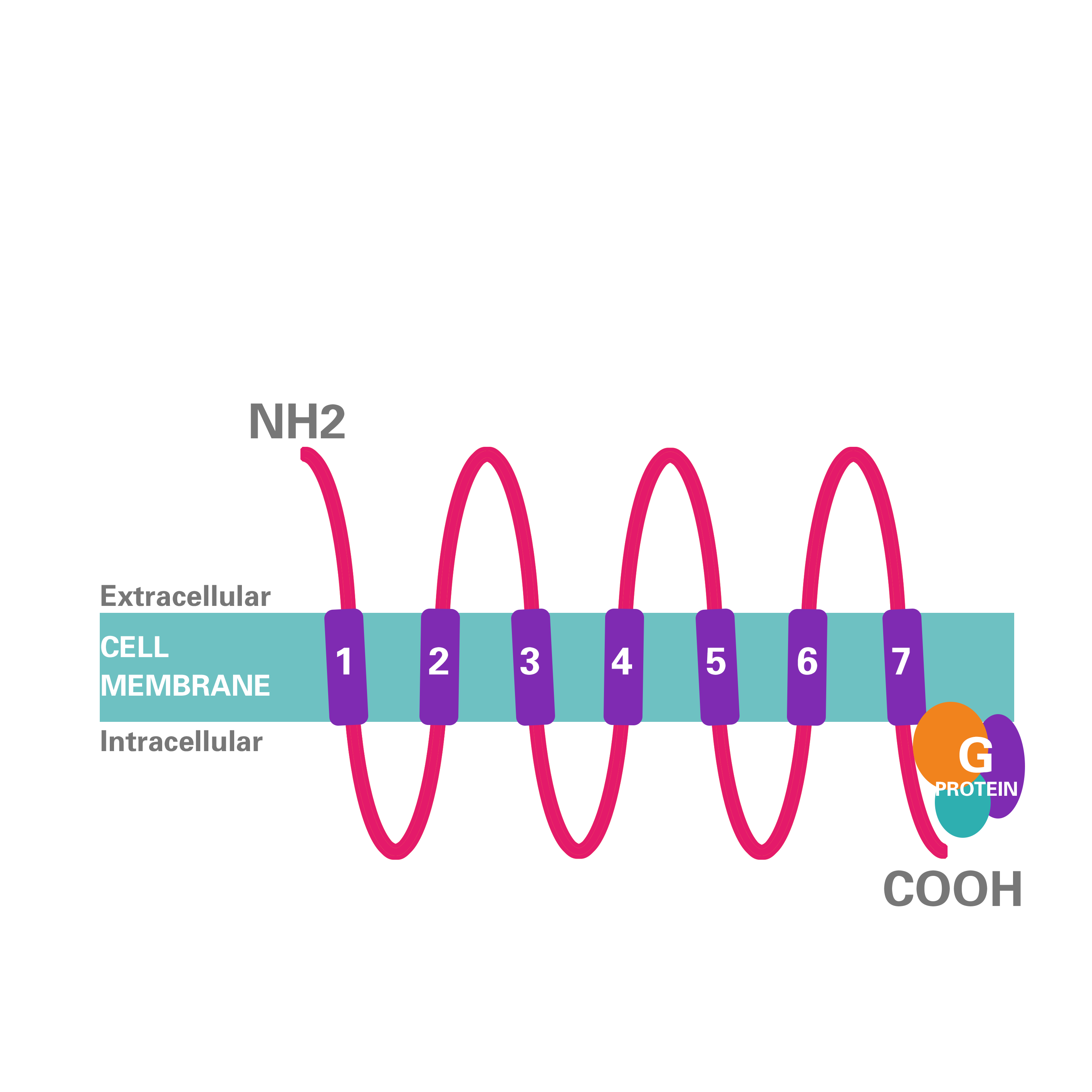 As for MSCs, they are able to migrate or dock preferentially to injured sites when infused in animal models of injury, and this property could be attributed to the expression of growth factor, chemokine receptors and extracellular matrix receptors on the surface of MSCs. Chemotaxis assays show that cultured MSCs migrate toward different growth factors and pro-inflammatory cytokines, which indicates that chemo-attraction directs systemically infused MSCs to inflammatory sites [4]. However, it is known that culture-expanded MSCs express chemokine receptors at low level that are responsible for the homing of leukocytes and hematopoietic stem cells which contribute to migration to inflammatory area. Previous studies have proved that MSCs stimulated by additional inflammatory cytokines and chemokines in the culture medium express more chemokine receptors and show higher homing efficiency [7].


In our experiments, we chose the model of inflammatory bowel disease (IBD) , with CXCL12 changing most significantly whose corresponding receptor is CXCR4 and delayed type hypersensitivity（DTH）, in which CXCL13 (with corresponding receptor of CXCR5) changes most significantly, to testify our design. We designed chemokine receptors to be expressed under the control of constructive promoter EF-1α therefore they could be consistently expressed by MSCs.


Figure 1.2.9 and Figure 1.2.10
In order to choose specific chemokine receptors for our two animal models, expressing level of various chemokines in DTH and IBD were measured respectively by qPCR. As is shown in the column graphs, CXCL12 (with CXCR4 as corresponding chemokine receptor) is dominant in IBD while CXCL13 (the ligand of CXCR5) increases most significantly in DTH.

Marking System
For a proof of concept, we added eGFP/dTomato and Renilla-Luciferase 2-monooxygenenase (Rluc) following chemokine receptor under the same promoter to illustrate the distribution of MSCs after injection both in vivo and in vitro. Comparing with a previous part, BBa_K1071009, our new part, BBa_K1993008, was improved with in vivo tracing function of Luciferase, realizing dual positioning function for modified cells.

For in vitro observation, we chose eGFP/dTomato, common used fluorescent proteins visible under fluorescence microscope.
As for in vivo monitor of the distribution of MSCs, we chose Luciferase oxidizing luciferin therefore MSCs could be observed in live animals by IVIS Spectrum.

Switch
Engraftment success, survival, phenotype, and activity of MSCs strongly depend on the microenvironment presented at the site of delivery. This microenvironment often shares features of healing wounds, including inflammatory cells, neo-vasculature, and pro-fibrotic cytokines such as TGF-β. Tissue repair and tumor microenvironment may convert MSCs into contractile myofibroblasts (MFs) that form α-smooth muscle actin (α-SMA)-containing stress fibers which leads to fibrogenesity and reduction of the clonogenicity and adipogenic potential.

qPCR of α-SMA in MSCs. mRNA of α-SMA was detected of high concentration in inflammatory condition, whereas in normal condition mRNA of α-SMA were not detectable. Coherently in immunofluorescence, fluorescence could be observed in MSCs treated with TGF-β while not observable in control group.

With the promoter of α-SMA (pSMA) linking eGFP, BBa_K1993014, we were able to detect the differentiated MSCs by observing conditionally expressed eGFP[8]. 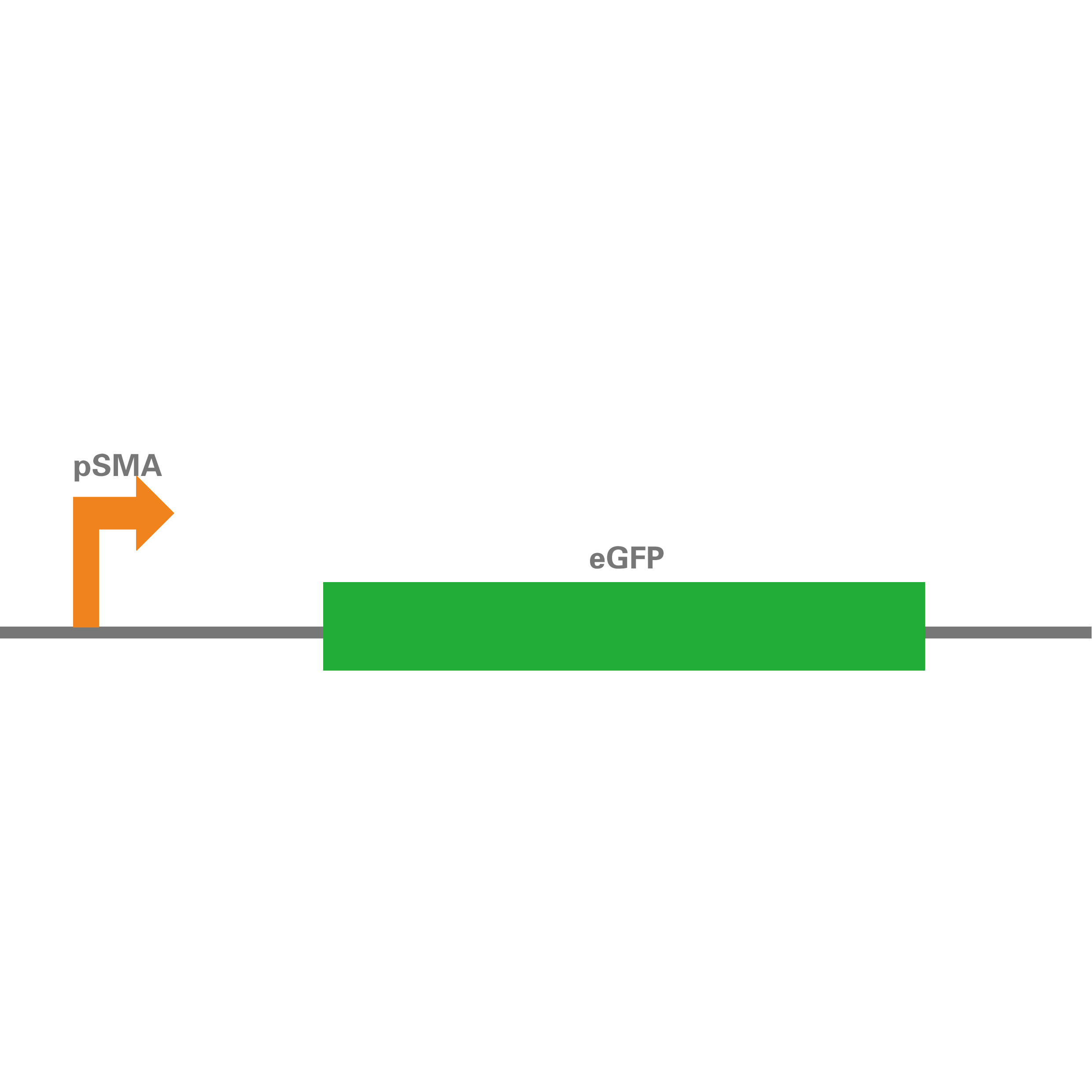 To prove the function of switch, we designed part BBa_K1993014, pSMA initiating the expression of eGFP. The switch would be proved effective if eGFP are observed under stimulation of TGF-β (simulation of inflammation) in contrast of non-expression in control group.

In vitro proving
We decided to testify our system at three levels: whether engineered MSCs held their phenotypes, whether our system were expressed as expected, and whether MSCs with chemokine receptors displayed higher ability of chemotaxis.

Phenotype
As mentioned above, MSCs are able to differentiate into three lineages: osteoblasts, chondrocytes and adipocytes, which is one of the most important standards for MSCs. Thus, we decided to testify whether engineered MSCs were able to be induced to differentiate into these three lineages and flow cytometry was applied to evaluate the expressing level of specific surface molecules.

Expression of Our System
As for check of expressing level of our system, qPCR was applied for chemokine receptors while eGFP/dTomato were observed under fluorescence microscope.

Chemotaxis Assay
We used transwell to identify the chemotaxis. When placed in the well of a multi-well tissue culture plate, plastic inserts created a two-chamber system. By placing cells in the upper chamber and chemokines on the lower one, chemotaxis was determined by counting the cells that had migrated through the filter pores from the underside of the filter.

IBD
Inflammatory bowel diseases including Crohn’s disease (CD) and ulcerative colitis (UC), are caused by the multiple factors such as genetic susceptibility, breakdown of mucosal immune tolerance, and self-immune activation to gut microbiota. Current treatment approaches are predominately aimed at suppressing overt inflammation and include the use of pharmacological agents, biologicals, and surgery to remove sections of inflamed bowel. However, these treatment modalities have limitations due to non-adherence and relapse. In the past decade, alternative cell-based immunosuppressive therapies utilizing immunosuppressive and differentiation properties of MSCs have been tested in clinical trials for both luminal and fistulizing forms of IBD[9]. In our project, MSCs engineered with the gene of CXCR4 and marking proteins were used and evaluated.

The colon length, DAI score, survival rate, the concentration of the cytokines and HE staining were recorded. In vivo MSCs with Luciferase were observed by IVIS Spectrum.

DTH
delayed type hypersensitivity (DTH) is an experimental model for human allergic contact dermatitis (ACD), one of the prevalent skin diseases worldwide. At the peak of inflammation, effector T cells and various types of innate immune cells, particularly mast cells (MCs), are activated and produce a plethora of inflammatory cytokines that contribute to the eczematous lesions. Currently, topical application of corticosteroid is the first-line palliative measure for ACD with short-term outcome, while allergen identification to improve contact avoidance is still challenging[10]. Therefore, the unique immunomodulatory functions of MSCs on various types of immune cells may render them as a novel approach to desensitize allergic diseases. In our project, MSCs engineered with the gene of CXCR5 and marking proteins were used and evaluated.

Ear samples were measured and harvested for qPCR, HE staining or immuno-fluorescence.

Marking Proteins
Since it is unreasonable to apply eGFP/dTomato and Luciferase to human bodies, we will improve our device and apply them to preclinical and clinical pharmaceutical research in the future. Making use of functional imaging, here we improved a previous iGEM basic part: BBa_I712019 to two composite part BBa_K1993006 and BBa_K1993011.
For BBa_K1993006, we constructed the coding sequence of Luciferase with that of dTomato and hFTH as our full marking system. We chose hFTH as report protein in future application since the elevation of non-toxic intracellular ferritin iron storage causes a corresponding change in T2 relaxation time [11].
BBa_K1993011 is the complete form of our design: gene of CXCR4 connected to the coding sequences of full marking system.
In future work, we will separately test the function of each part and focus on the validity of hFTH.


Transfection
In our design, we chose lentivirus to transfer our system. However, given the oncogenicity risks of lentivirus, safer methods are necessary. In our future work, we try to transfer our plasmids with various ways like electroporation, lipofectin, particle bombardment, etc.

Switch
In our future work, we will make use of switch to realize programmed death, marking differentiated MSCs and anti-inflammatory cytokine expression by introducing suicide gene, genes of marking proteins and IL-10. 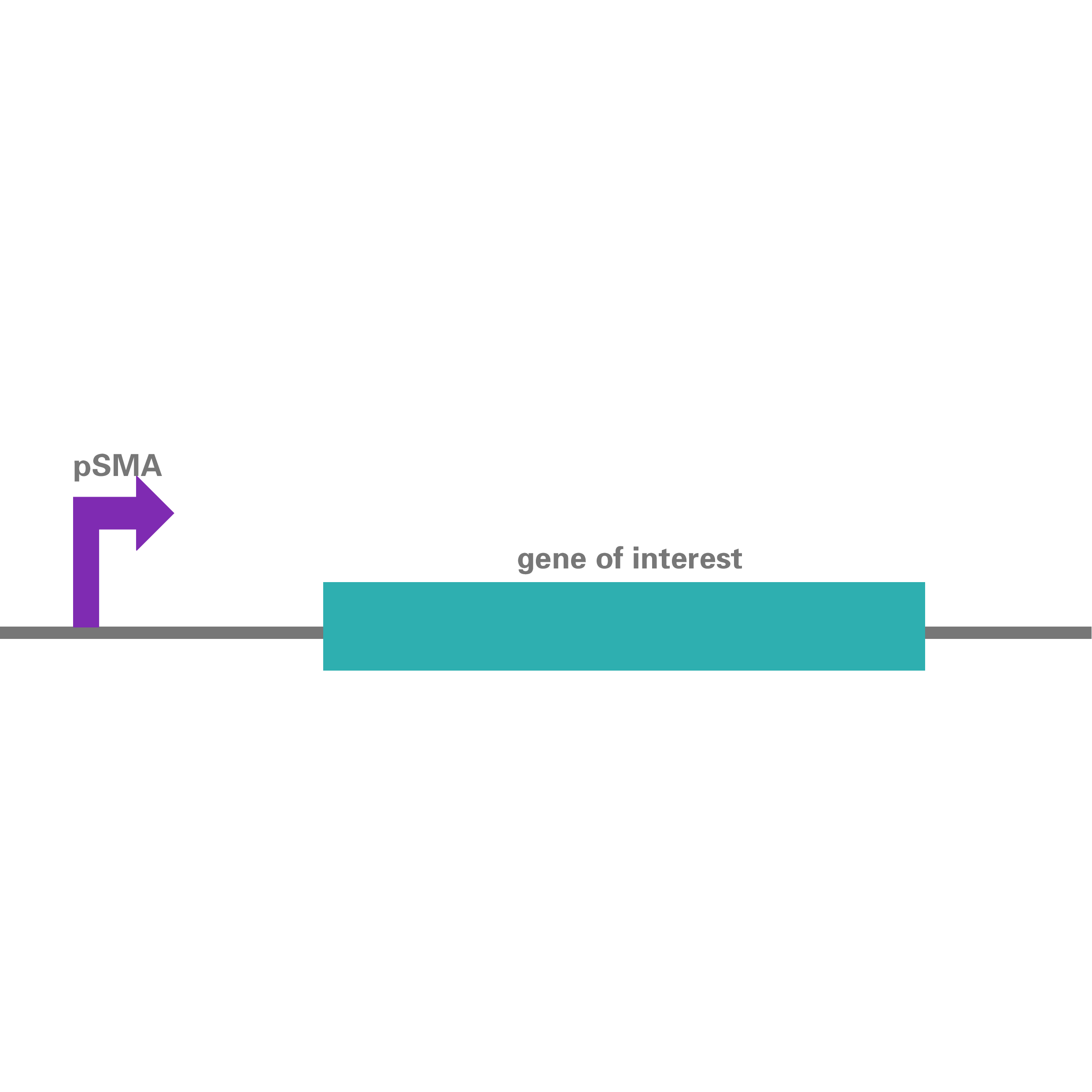 Figure 1.3.3
Based on the results of our pre-experiments, we designed a switch under the promoter of α-SMA, which is able to detect inflammatory environment and to promote downstream genes. 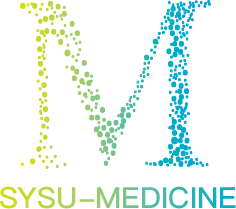 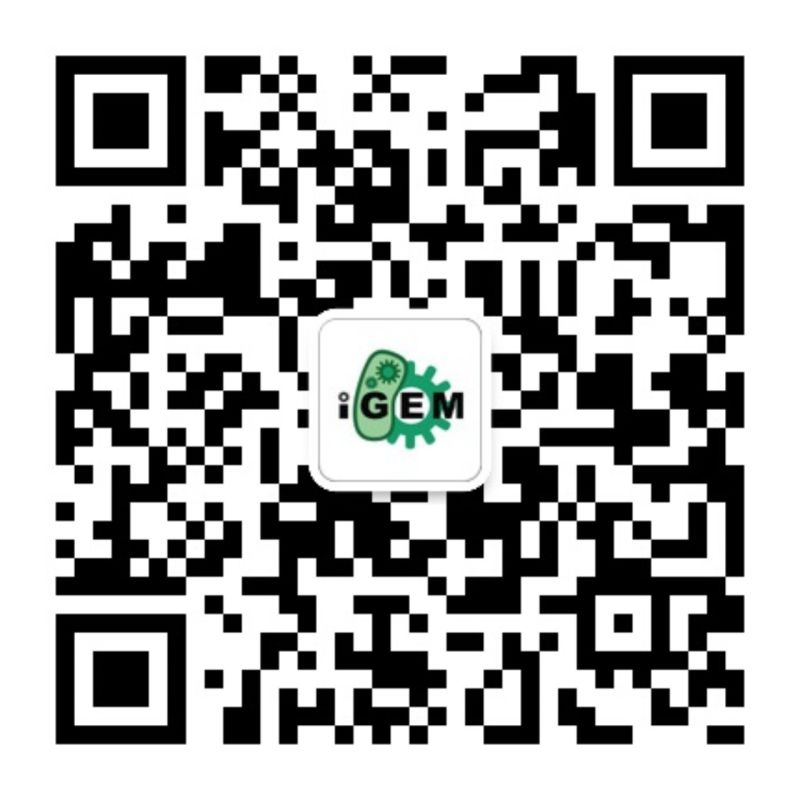