We had an interview with Team EPFL from Switzerland. The article that was written was published on a website to help raise awareness of our project and for synthetic biology as a whole and allowed for the communication between iGEM teams internationally. 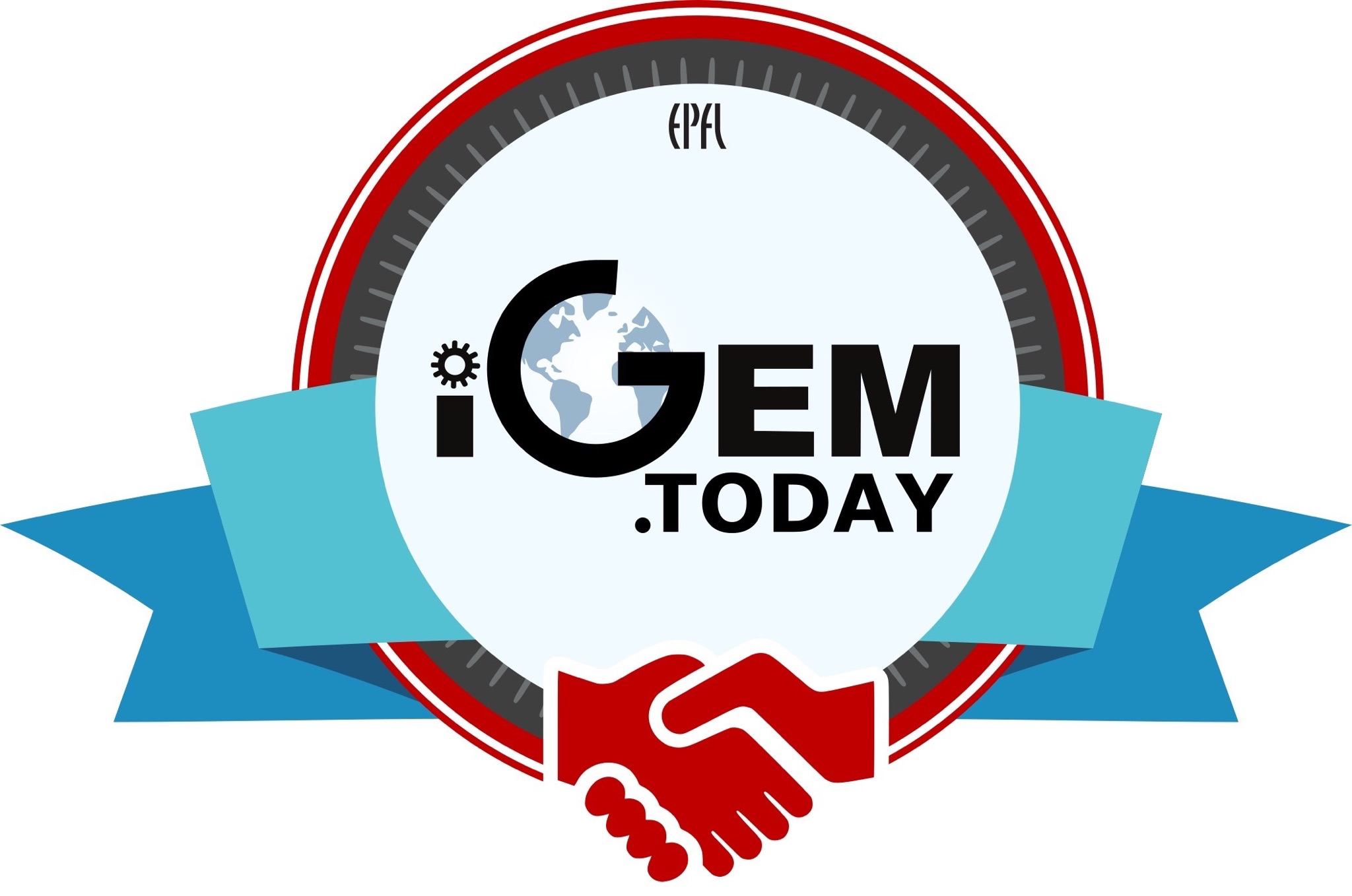 This year, Team Genspace is investigating the ability of intrinsically disordered proteins (IDPs) to confer desiccation resistance. IDPs are proteins that lack a fixed structure in an aqueous environment but obtain a rigid structure upon drying out. It is hypothesized that these proteins act as a sort of scaffold holding all of the cellular components in place under desiccation and thus protect the cell. They sought to identified genes for various IDPs from organisms such as tardigrades and nematodes, and to express them in E. Coli. But in order to determine whether or not there is an increase in the desiccation resistance of E. Coli, the baseline ability of E. Coli to survive desiccation without the IDPs needs to be established. Because of this, dehydration survivability studies were conducted at the onset of the iGEM competition by Genspace. We are collaborating with the Genspace iGEM team by replicating their experiments in hopes of gaining similar data. This information would prove invaluable to the Genspace iGEM team in that they’ll be able to measure the resistance conferred by the IDPs by comparing the dehydration survivability of the transformed E. Coli to the preliminary data they generated in addition to the data we generated. The strain of E. Coli that was used for the experiment is TOP10 and the protocols followed required placing 20 microliters of E. Coli onto different pieces of parafilm which were left to dry in an incubator for 2, 4, 6 and 8 hours. The E. Coli was subsequently rehydrated and plated. The colonies were then counted and the data is presented below: 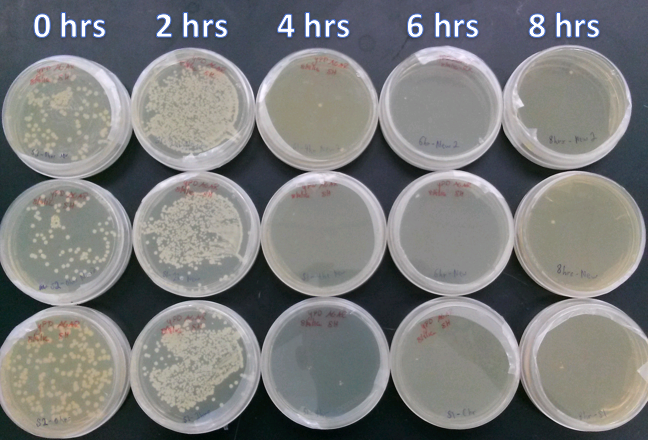 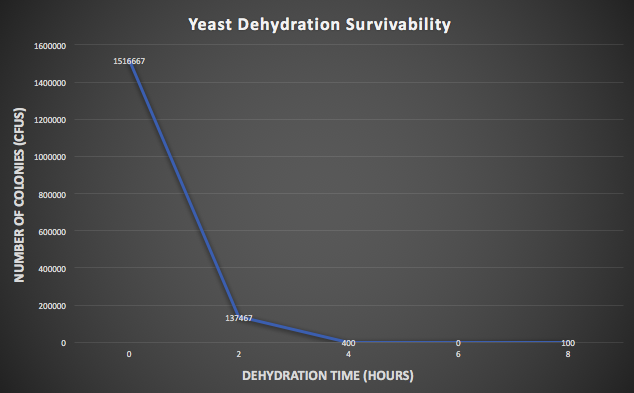 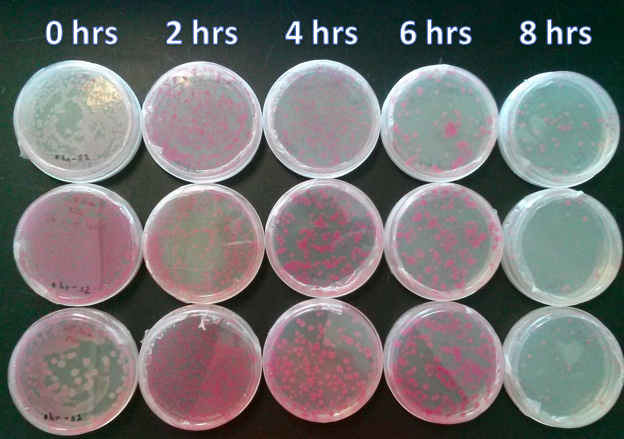 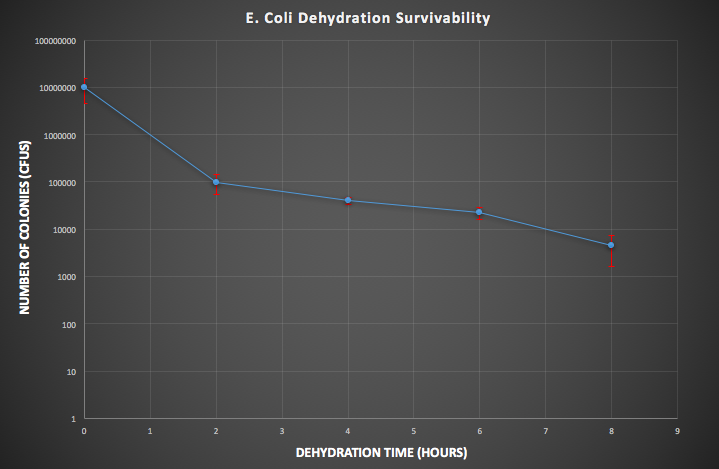