Our project is our story.

We have synthesized the AuNRs (gold nanorods) and detoxified them for photothermal therapy, also known as optical hyperthermia or photothermal ablation, which is an emerging strategy for treating solid tumors. Gold nanoparticles are capable of conﬁning resonant photons, further inducing coherent surface plasmon oscillation of their conduction band electrons. For non-invasive therapy, near infrared (NIR) radiation is chosen because it penetrates tissue more deeply. And we find that AuNRs with a strong SPR(surface plasmon resonance) in the NIR region can show intense absorption of light in the NIR region, also biocompatibility. Even more, it can accumulate in tumor tissue via passive targeting phenomena. PEG can be used to increase biocompatibility, suppress immunogenic responses and decrease adsorption.

The concentration and material volume are listed as following: 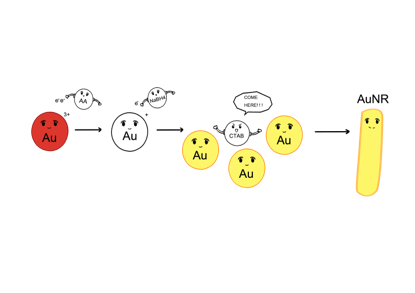 The as-synthesized AuNRs is purified by three cycles of centrifugation to remove excessive Au ions. Afterwards, the precipitates are dissolved with aqua regia and diluted by deionized water. An ICP-OES (inductively coupled plasma optical emission spectrometer) is applied for measuring the ratio of reacted HAuCl4.

First, we test UV–vis-NIR extinction spectra of the AuNRs.

Second, we test the photothermal effect of the AuNRs. We prepare a 200μl aqueous suspension of AuNRs with different concentration in anadiabatic box. Then irradiate with laser for 10 minutes. The laser we use is an 808nm laser generator. We test the AuNRs at different power density.

We record the temperature every 1 minute.

In our experiment, we use poly ethylene glycol (PEG) to minimized dose-related side effects of single AuNRs.

The treatment is mixing prepared AuNRs with PEG and leaving undisturbed at room temperature for 24h. The final concentration of PEG is 0.8mg/ml.[3] 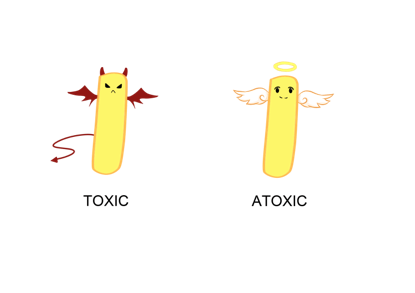 We get AuNRs with an aspect ratio of~3.9(41.9 × 10.6 nm), the transmission electron microscopy(TEM) image is shown as figure1(a),the TEM image clearly indicates that the products are single crystals and the shape is quite even.

The temperature variation of the GNRs is revealed by irradiating a 200μl aqueous solution using an 808 nm laser. The temperature increases obviously(figure 1(c)) as the increase of the GNRs concentration. In addition, as the laser power density increases, the temperature increment is higher, because more energy is absorbed by the solution (figure 1(d)).Figure 1(e) shows that the top temperature is almost unchanged after four cycles, which indicates the photothermal stability of GNRs. These results indicate that the GNRs synthesized by us possess good photothermal property and stability. 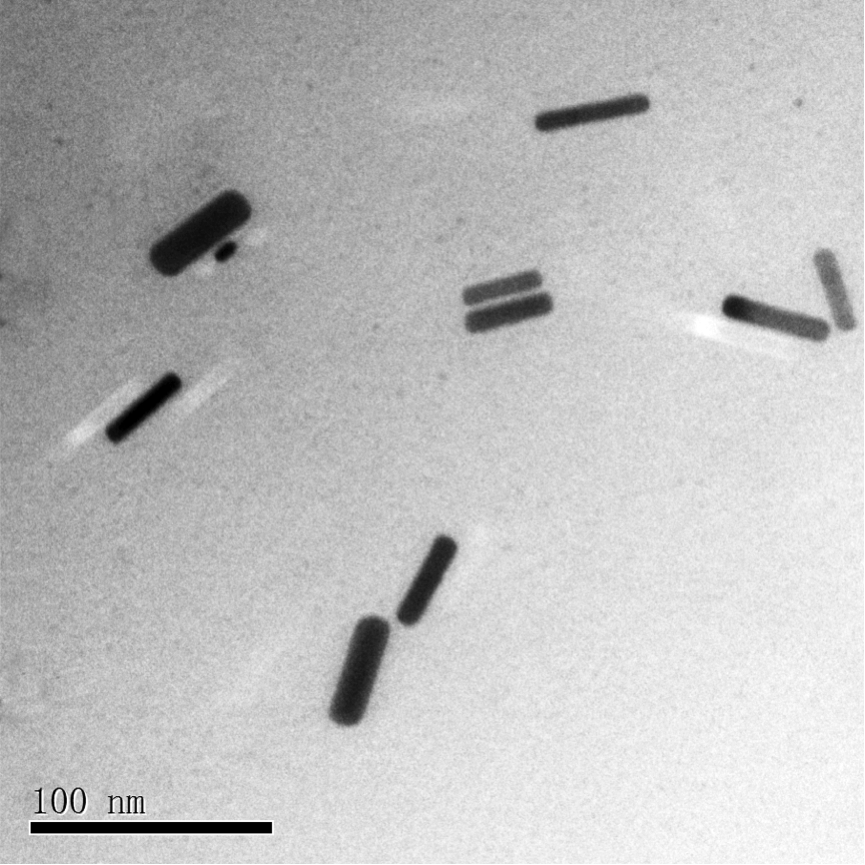 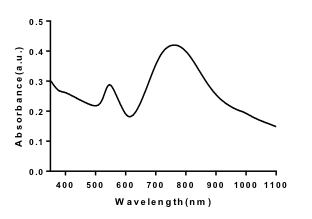 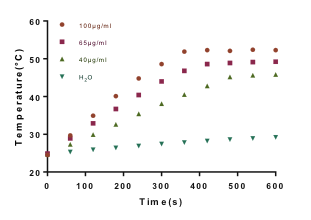 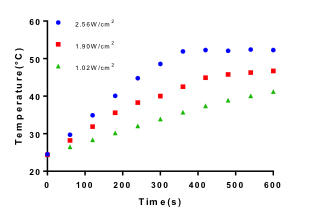 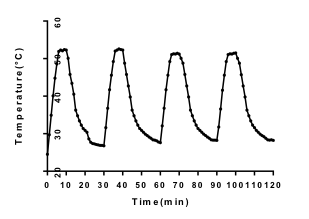