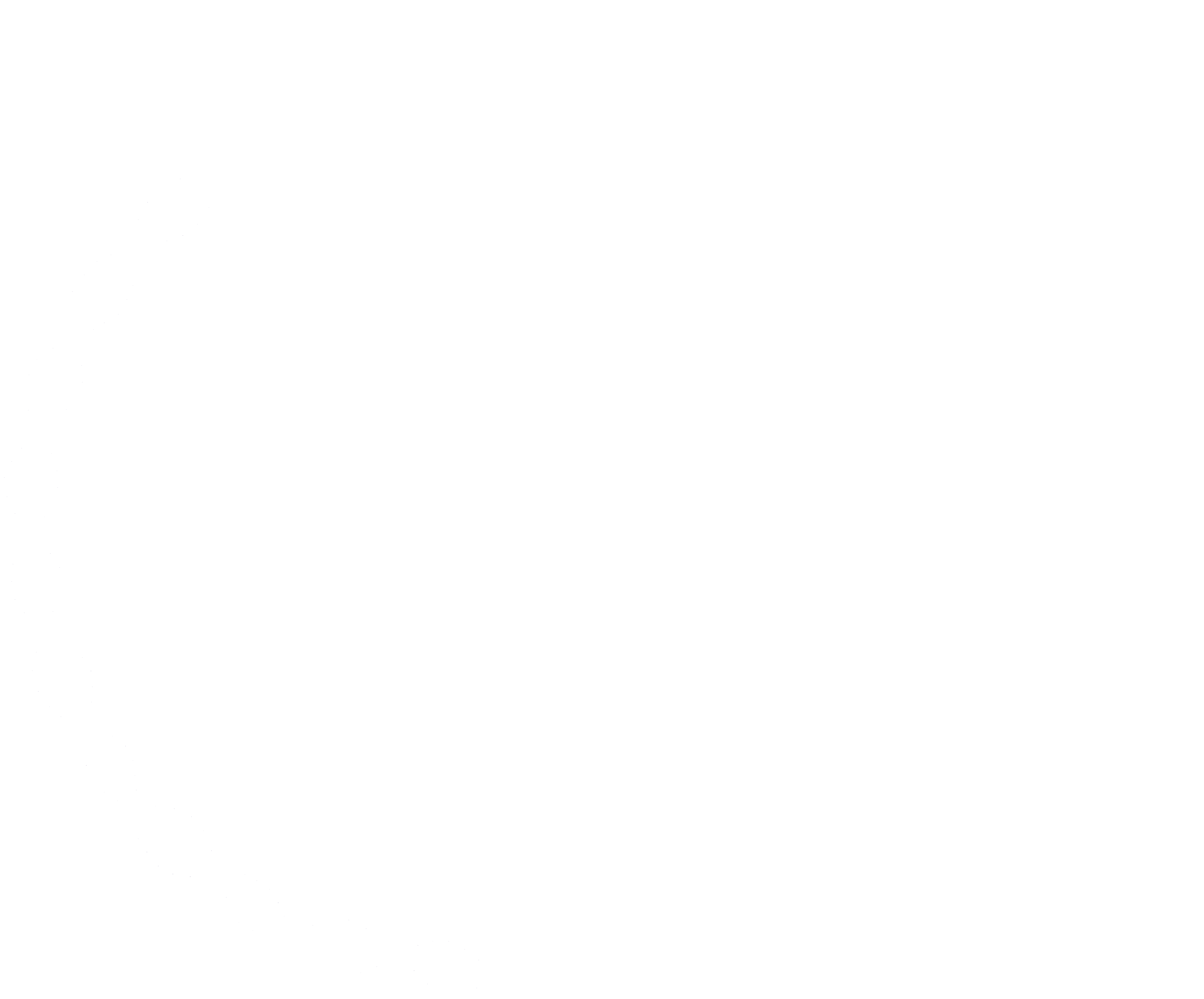 Our intended final product was a protein cage capable of disassembling due to specific proteolytic cleavage. This would disassemble the cage, exposing the inside of the cage and its contents to the environment where the targeted enzyme was in.

We demonstrated proof of concept using thrombin as our targeted enzyme, and successfully mutated thrombin cleavage sites into a variety of positions along two protein cages, O3-33 and PCQuad.

One mutant for each of the cages yielded properly formed cages, with nearly identical characteristics to their respective wild types.

We mixed a solution of each of these wild types with thrombin, allowing them to incubate for 16 hours at room temperature. Additionally, we created an identical mixture with the same conditions using the wild types of each cage as a control.

Detailed results can be found here

After the incubation period, we ran DLS and SDS-PAGE assays to determine the effects of the added thrombin. The wild types had no change, while the mutants showed clear signs of cleavage.

We further ran time variation experiments of the same thrombin assay. This involved allowing the thrombin-protein mixture to incubate for 4 hours, 8 hours, 12 hours, and 16 hours. The longer the period of time, the more cleavage that occurred, as could be seen from the intensity of bands representing the unaffected subunits (fading over time) and the cleaved subunits (intensifying over time). 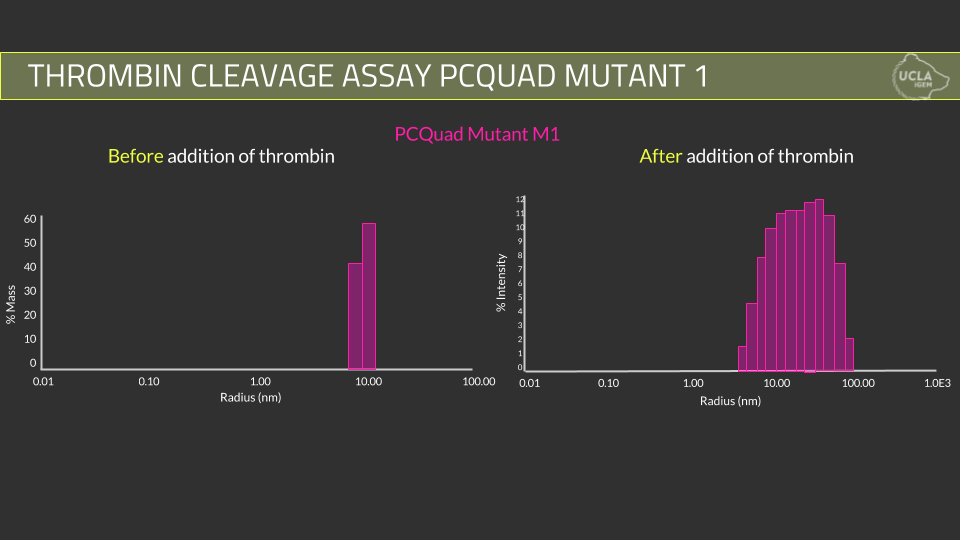 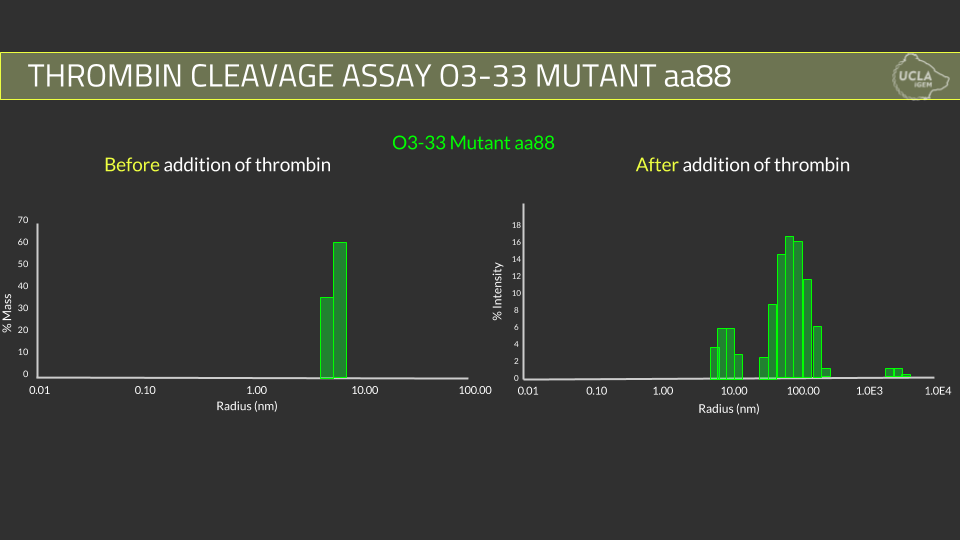 These results thus demonstrate that specifically through the addition of a targeted enzyme, we were able to disassemble our protein cages, exposing the inside of the cage to the environment. The enzyme did not affect the wild type cages, thus it was only through our designed introduction of the cleavage site that this was made possible.

We thus show the concept that any similar proteolytic cleavage site could be added in place of the thrombin cleavage site we used, allowing for targeting of other enzymes. Additionally, the cage may be loaded with drug molecules which would be exposed only when in presence of the targeted enzyme to disassemble the cage.