Human Practices is necessary for the birth of a project; also, what we did should be given back to human practices. With such idea, we have investigated the human practices into the design and execution of our project, Bio101 and Bio2048.

Before we chose the theme of our project, we considered taking some actions to seek inspiration. We held a lecture with UESTC-China in Puyang Middle School. We began by introducing Synthetic Biology with some well-known examples. Then, we engaged the students to build their own plasmids. They added the functional genes such as Bioluminescence gene into the plasmids, which enlightened us of the fact that DNA carries biological information. Along this line, we put forward that we could utilize DNA to store information besides its biological characteristics. That was the beginning of exploring the DNA information storage. 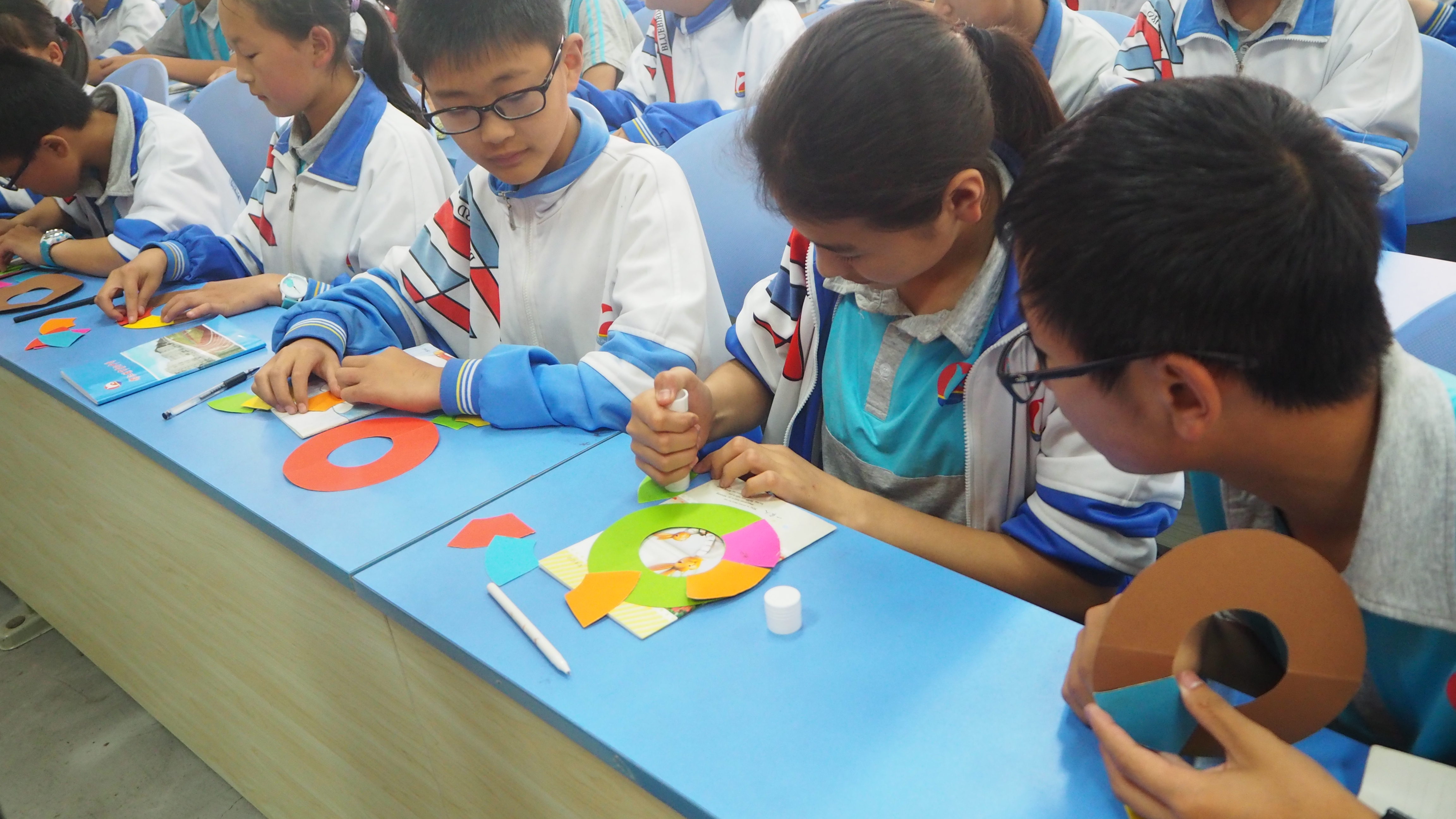 Fig.1.We built the plasmids together.

Furthermore, we did man-on-the-street interviews in the community around. We asked people what features a storage tool should possess and what they think about using DNA to store information. We received much useful information from the interactions. A young man left the deepest impression on us: he had high expectation for the storage capacity, equipment volume and storage speed. He had special interest in our project and gave us great help to decide the property and function of software. 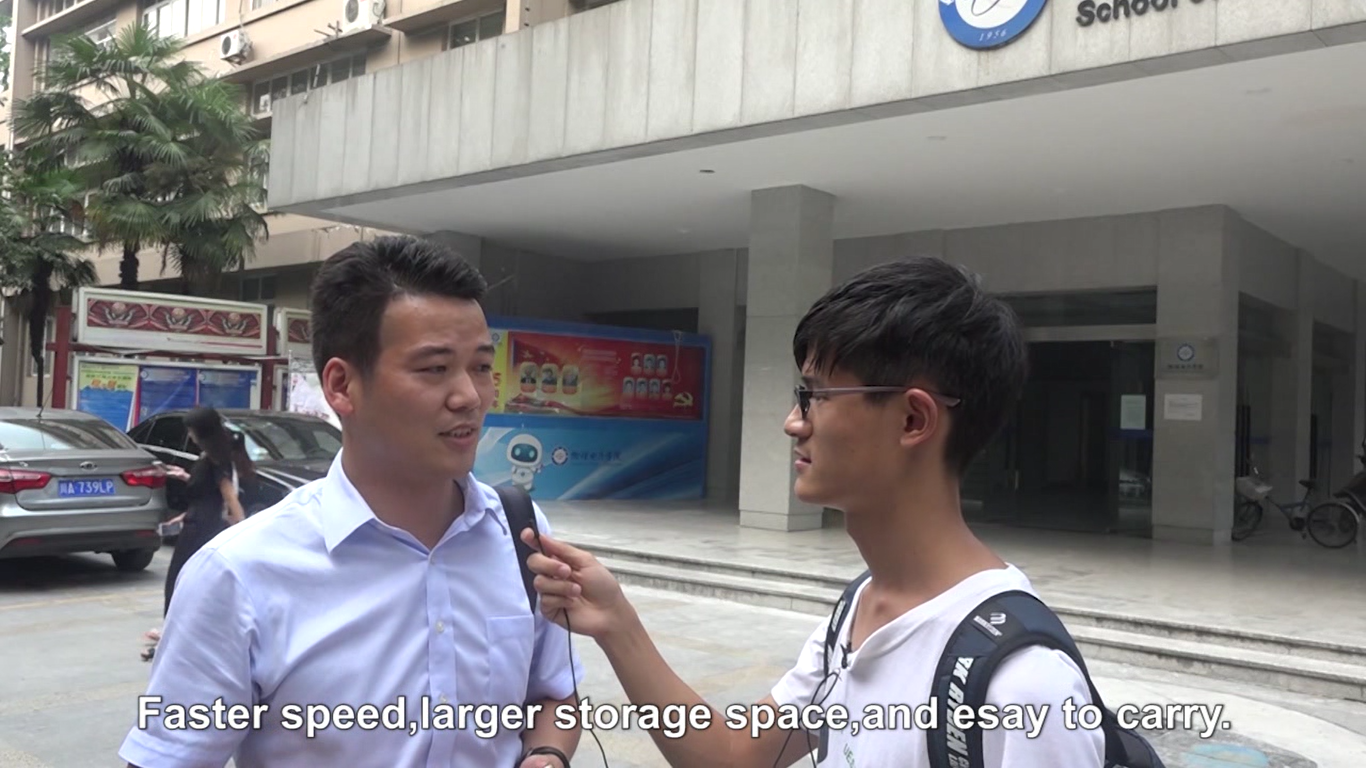 We knew that for iGEM, sharing and collaboration is one of core values. We met and discussed in iGEM Southwest China Union. During the meeting, the participants did not only focus on software functions, but also were curious about the algorithms. We talked about transformation of IT to BT, comparing ternary with quanternary. This contributes to model design for us to get the better one. During the communication, they gave suggestions from a professional point of view. 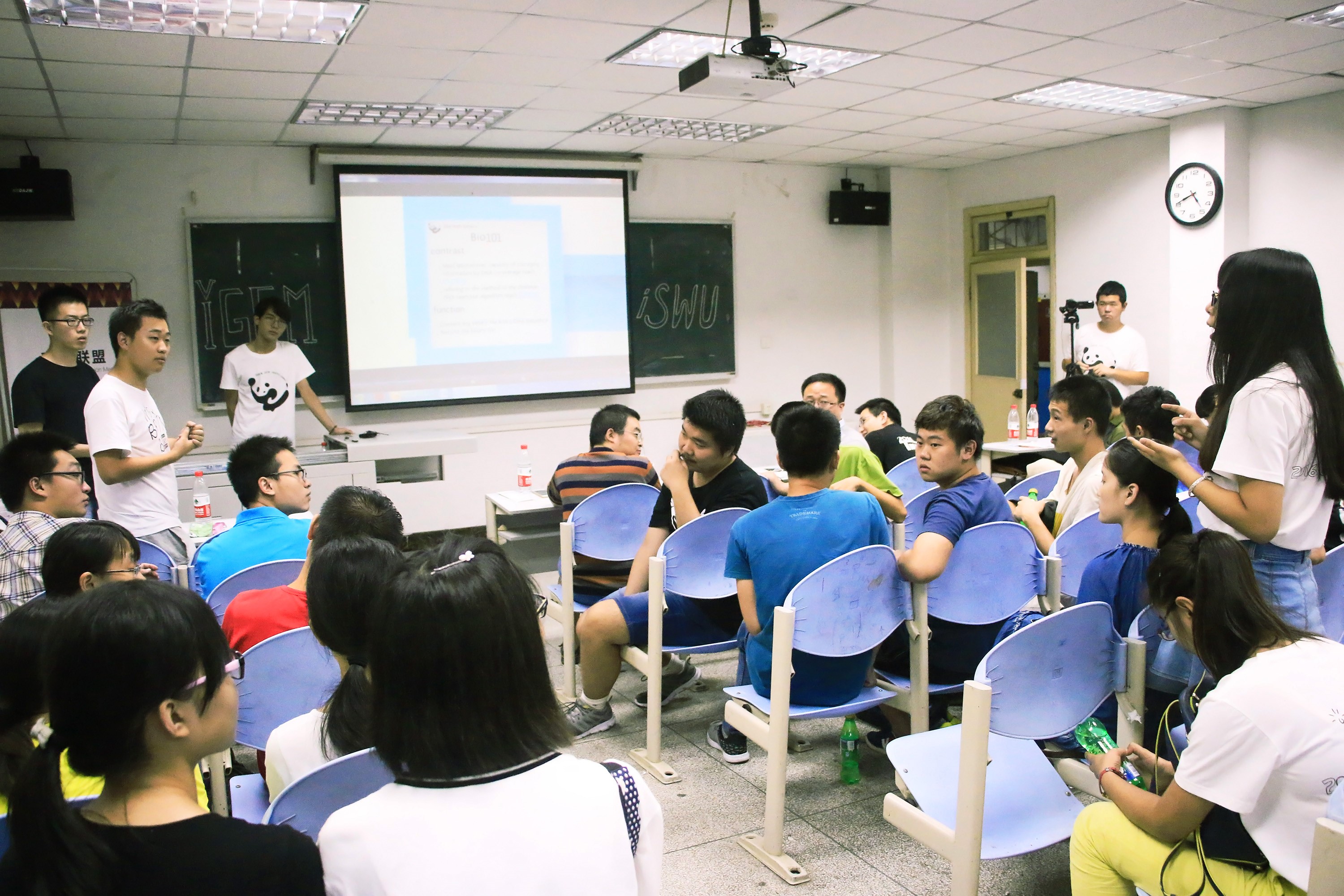 When we completed Bio101, the first idea we thought was to give feedback to the public, so we held an activity, dabbed “To Be Scientists Tomorrow”. We invited children and their parents, and then informed them about some knowledge on DNA storage, also displayed our storage system. They were very active talking about the imagination about Bio101 and said that they hoped that files would not be lost. 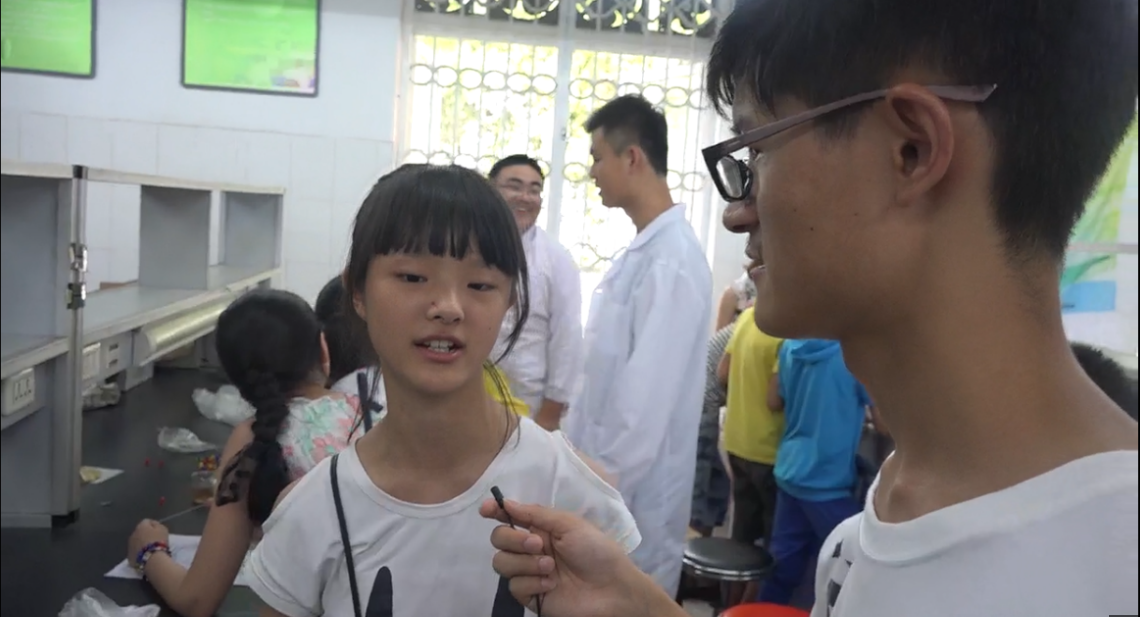 To build a bridge between the public and biology, we created a new mobile phone game called Bio2048. Not only did we put it onto the Tencent’s App Store for ordinary people to download and play, but also pushed its information in our sina microblog and Qzone to collect feedback. Many people made comments after trying, and most said that the game was attractive for the combination of knowledge and enjoyment. Some thought that our game was lack of description words, therefore, we added introductions to build a learning mode in the game for easier understanding. Integrating the suggestion into Bio2048 makes the game complete. 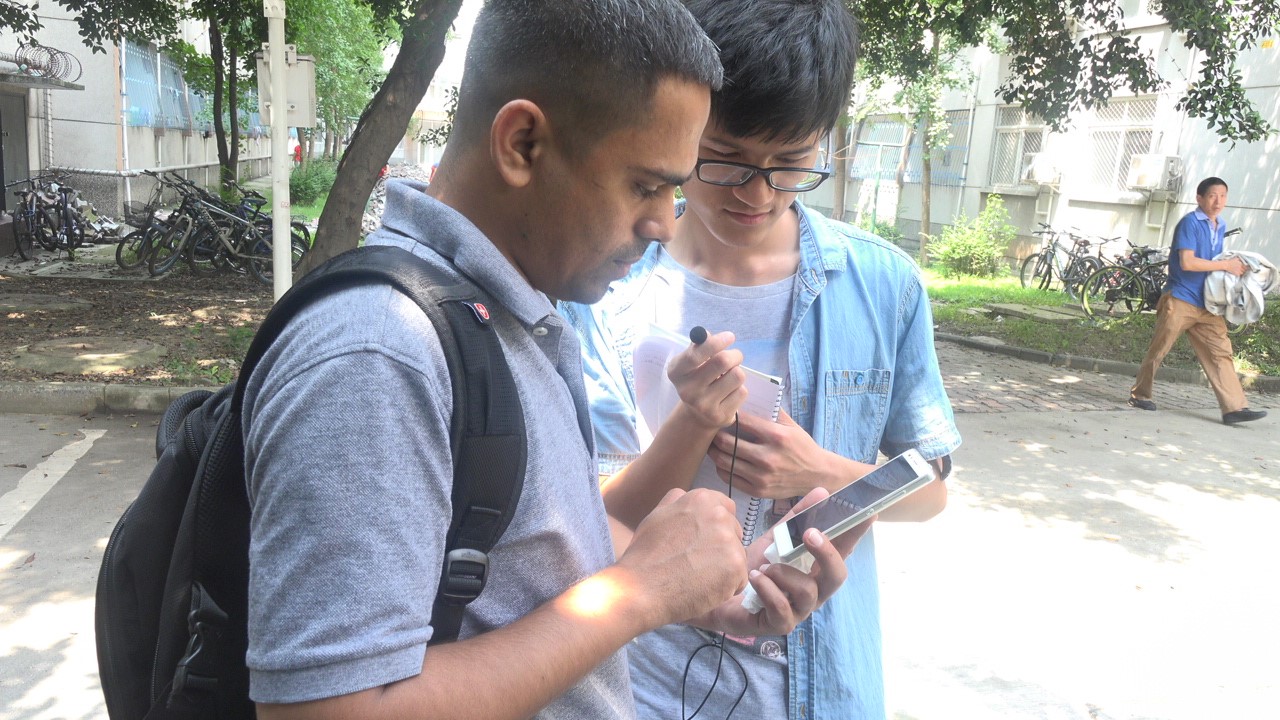 In “game-try” activity, someone didn’t know rule of Bio2048. For making the game friendlier, we modified ‘RULE’ interface with operation diagram. We also added more elements to enrich it. We aimed at edutainment, users can gain knowledge and get relaxed by playing Bio2048.

We got inspirations from our investigation and interviews, leading us to design Bio101, besides, Bio2048. Also, what we did should be given back to human practices. Thus, there exists bi-directional effect between our projects and human practices.