Our team decided to have a deep understanding of how our project is integrated in society. We interviewed with stakeholders that could be directly affected by our project. This allowed us to improve our focus and to be able to understand the effects that HYPE-IT would have on society. The opinion of stakeholders was added to our perception of the problem we wanted to solve creating HYPE-IT. Additionally to the set out of the problem of food security and how HYPE-IT can solve it, we wanted to move one step further and make an impact assessment of our project, which you can read in our Integrated Practices page.
Impact assessment

In our compromise to make our product useful for society, we decided to talk with seedbeds and public institutions that work with plant breeding.

The first institution we talked with was the IVIA (Valencian Institute of Agrarian Researches), in Valencia, Spain. We especifically talked to Concha Domingo, specialist in rice breeding. She was impressed by our project and its concept. She found very useful using CRISPR/Cas9 as a plant breeding technique, specially with the advantage of the shorter times to obtain the improved plant thanks to the efficiency of viral systems. We expected that she would have concerns regarding the use of viral vectors, but we had not a negative feedback on this point. We asked for the specific case of editing the Ga20 oxidase gene of Valencian bomba rice, as it is one of the targets we chose to test the editing. She remarked that it was an interesting idea, and it was a project in which the IVIA was actually working using traditional plant breeding techniques. However, she warned us that these new variety could not be used with the same name as Bomba rice due to legal issues. This means that it will compete in the market with traditional Bomba rice.
It was also of interest the fact that these kind of institutions use transgenesis and are willing to use CRISPR/Cas9 system, but only with research purposes and not for developing new varieties, as in the European Union the regulation for these type of plants is very strict. Domingo stated that she would surely use HYPE-IT if the European Union would approve CRISPR edited plants for consumption.
The most relevant part of the project in her opinion is the Data Processing Software and the Database that relates genes to edit and obtained phenotype. It is a difficult part for the plant breeders, and having ideas or suggestions of the genes to edit would be very helpful for them. 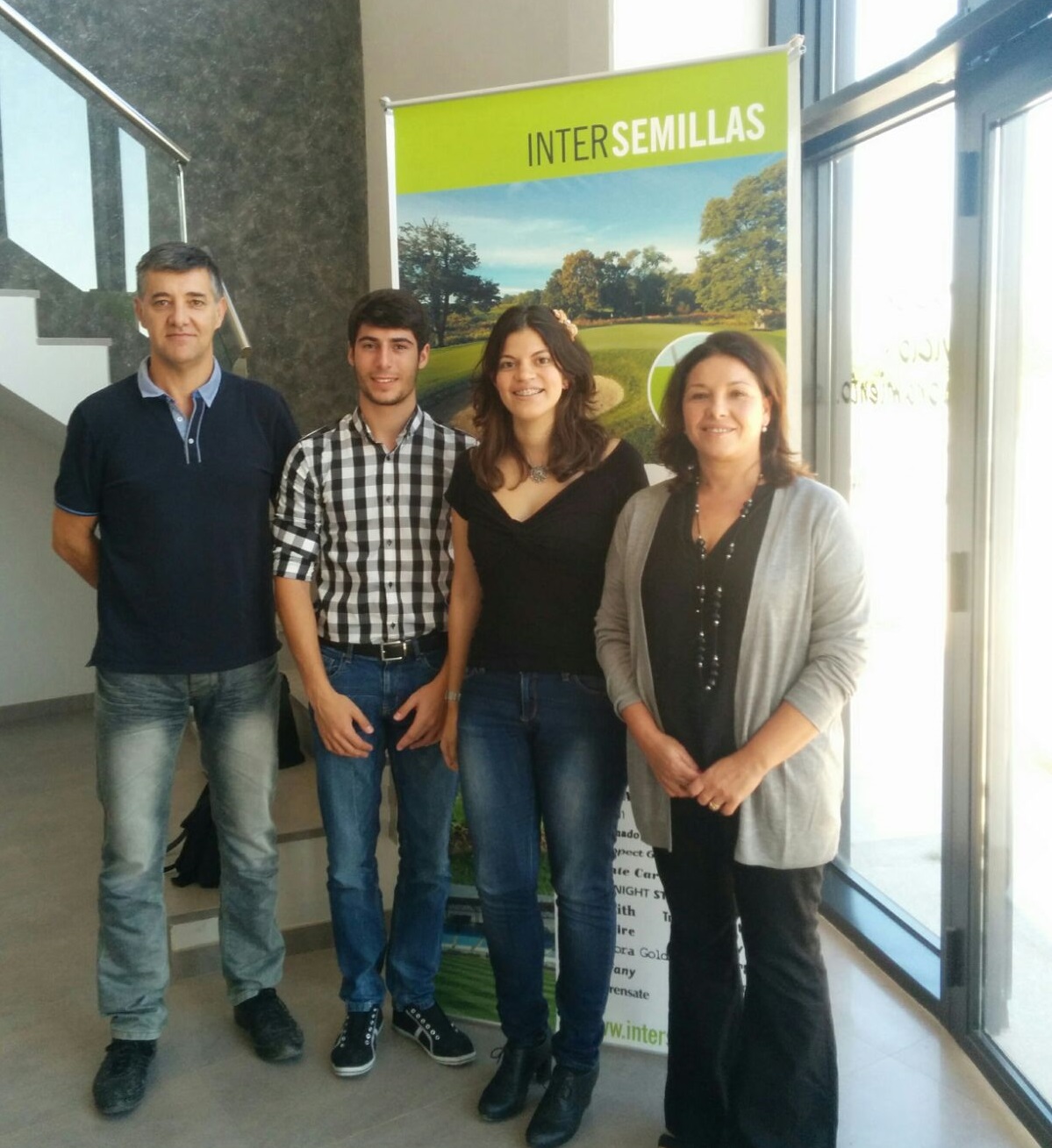 The second interviewed stakeholder was Intersemillas, a seedbed with presence in all Spain. The feedback obtained was very valuable, as we talked to a plant breeder working directly with the products and to a plant breeder working in the laboratory. This allowed us to have two different and complementary points of view. For them, the key part of our project is the Data Processing Software and its database. The work of plant breeders in companies is frequently to identify the needs and requirements of people in the future, and be able to work in a product that will success in 5 or 10 years. In their opinion, being able to choose a plant and a phenotypic characteristic in our software and being able to directly know the gene to edit was the main advantage of our project. In contrast, the low-cost labware was of no relevance for them, because their budget for a project is big enough to buy professional products. Another point of Intersemillas was that improvement of local varieties nowadays does not give money and benefits for seedbeds. However, they though that if the editing of local varieties were much more efficient and easy to do, it would be an appealing product to sell, as they conserve better organoleptic properties. Last, they remarked that the most relevant improvement for plants is obtaining resistance to plagues, as it caused losses in money and product.

Finally, Babyplant, a seedbed of Murcia Region in Spain contacted with us thanks to an article they read about us on the newspaper. They were curious about what we had made for improving plant varieties easier and faster with CRISPR/Cas9. We had a Skype with them and answered they questions. Their interest was particularly in the low-cost labware and in the database. They also warned us about the legal issues of editing a protected variety. Only a free variety can be edited and commercialized.

The main conclusion obtained from the interviews with stakeholders is that plant breeder, working for public or private institution, is that the find HYPE-IT a valuable product that they would use in the near future. The advantages offered by the labware, the data processing software and the database, and the efficiency of viral vectors were easily noticed by plant breeders. This allows us to continue with our project having the confidence that we are working for society with a product that can find a use in the market. HYPE-IT can improve accesibility to the promising technique CRISPR/Cas9 for plant editing, improving in this way the accesibility for new, improved and efficient plant varieties, that can help to solve the global problem of food availability.
What we learnt from stakeholders was that we should be more careful with legal issues concerning protected varieties and use of CRISPR/Cas9 in European Union. We also realized how we had to focus our project so we could make it as useful as possible, keeping in mind our final goal.

World population is expected to grow over a third during the next few years, while natural resources exploited to produce food are expected to be reduced. Biotechnology includes solutions to increase productivity and nutritional quality of crops, but few enterprises can afford those strategies. Probably due to high costs of using these production systems, those producers focus on demand nucleus that can return them the highest possible benefit. But as the proverb says, one man’s meat is another man’s poison.
Unfortunately, the improvement of some plant traits may benefit the vast majority, but it might not be the solution for everyone. Food and nutrition issues change according to different circumstances. For instance, food poverty and malnourishment still cause 5 million deaths annually, while in developed countries malnourishment is more related to cardiovascular illnesses and metabolic disorders. The truth is that both nutritional necessities must be fulfilled and chronic diseases caused by unhealthy diets must be fought since they remain for the rest of patient’s life, deeply compromising the sustainability of social systems.
Other aspects apart from social ones can be related to the centralization of crops engineering. Environmental factors such as plagues or extreme climate conditions, can prevent crops from growing. Even though we may think about remote areas, every fertile land is threatened by the already-coming climate change, including today’s biggest crops producers. In addition, this negatively affects biodiversity as well, by causing the loss of varieties which are not resistant.
Until today, local producers and farmers have been taking care of those local crops. However, lack of affordable and effective modern biotechnological strategies to boost plants properties leads to the disappearance of small and middle agricultural businesses, which are the main economic supply for many families. This extinction would have even more dramatic consequences in those places where major crop producers cannot arrive. 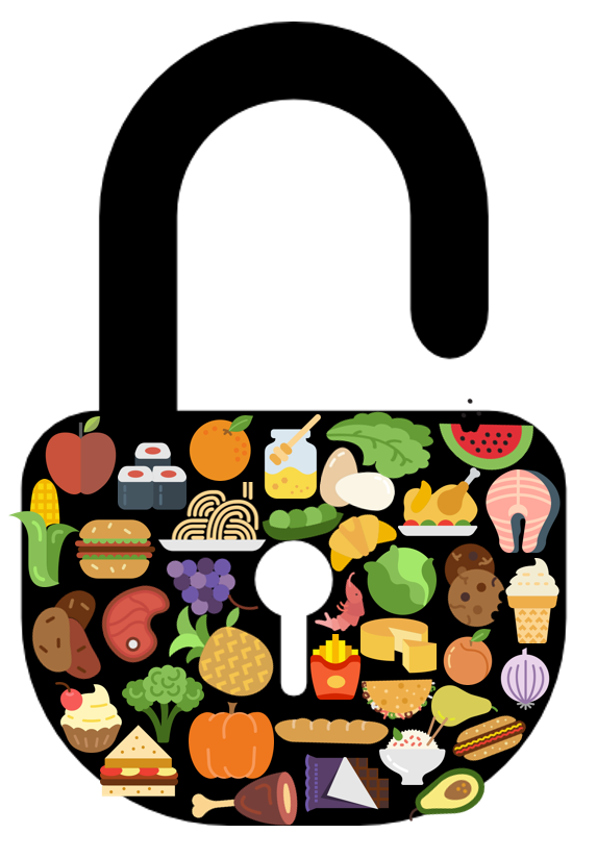 The future is waiting for us with more population to be fed, less resources to be exploited, more demanding markets to be satisfied and ever-changing climate conditions to be faced. Nevertheless, there are enough natural resources to achieve nutritional requirements worldwide. The sustainability and productivity of their use relies on farmers, who are the main global food producers.
Sustainability implies in a great part having concern to environment. If plants were resistant to extreme environmental conditions or plagues, it would reduce pesticides and water used. Moreover, conserving local varieties keeps biodiversity. Local conservation means productivity, as non-productive lands could be recovered, but also quality, as plant breeders from anywhere could enhance crops traits according to their particular circumstances. Considering a spreaded local range is the best way to reach remote places like regions of Africa, where enhancing crops has the potential to improve the health of over 300 million people.
Thus, in HYPE-IT we believe that the first step to satisfy nutritional necessities everywhere is providing local and affordable ways of production. As the proverb says: “Give a man a fish, and feed him for a day; teach a man to fish, and feed him for a lifetime”. Each region should be able to supply itself by growing crops that respond to specific needs of that location. But how can we make this possible everywhere? Is there a magic “fishing rod” able to overcome the circumstances which are preventing right now proper crops production?

Biotechnology has already overcome these issues by the introduction of New Plant Breeding Techniques. One of them is CRISPR/Cas9, which is probably one of the simplest and fastest ways of improving plants without transgenesis, avoiding social and legal rejection towards transgenics. This is the reason why the aim of HYPE-IT is to improve the accessibility of CRISPR/Cas9 technology for local plant breeders, allowing any plant variety to be improved.

If you want to know the assessment we did of the impact of HYPE-IT on society, economy, environment and nutrition, taking in account food and nutrition problems at different levels, please check our work in Integrated Human Practices