Social opinion about research and science can affect development and exploitation of innovative technologies. By taking in account people opinion, we can obtain benefits for society in different issues such as health or environment, allowing to introduce science in a way that it can be more accepted.

For that reason, HYPE-IT project opts for mutual communication between society and scientists. It is utmost important for us to know how our project can be leveraged by users and potential beneficiaries.

One hundred fifteen people between the ages of 16-68 were interviewed. Survey represents most of the levels and fields of study (science, engineering, arts, primary school, college, etc).

They were asked if they knew current plant breeding techniques in order to reveal us the general society’s knowledge about it. Afterwards, we wanted to know which of these techniques they think that are currently being used. In other words, how people think that crops are improved to get higher nutritional quality fruits. Figure 1 shows that hybridization - also known as cross-species – and artificial selection – best plants are selected – are the most known techniques. As it can be checked, induced mutagenesis and polyploidy are the least known techniques.

It is interesting to notice that only the 33.9% of people consider that induced mutagenesis is normally used. However, this is actually one of the most common techniques for plant breeding, together with hybridization and artificial selection. One of the main conclusions that we can get from this analysis is that genome editing techniques have the most significate difference between what is known and what people think it is used.

People were asked about which plant breeding technique they think is the best and the worse from a nutritional, health and economical point of view. As seen in figure 2, the 44.3% chose artificial selection followed by the 23.5% that think that genetic editing is the best one. On the other hand, 68.7% consider that induced mutagenesis is not the best option to improve fruits’ quality. It is remarkable that only the 3.5% of the interviewed chose the genetic editing as the worse plant breeding technique. This is an encouraging result, as it seems that plant editing is not seen as bad as transgenics.

Figure 2. Opinion about the best and worst plant breeding techniques, from a nutritional, health and economical point of view.

As we can see in the Figure 3, there are many people who affirms to know about transgenic products. The interesting point is that just half of them are aware of the difference between transgenics and genome edited plants. This fact means that this new technology has to be diffused and communicated to society.

It is also noticeable how society claims about preferring artificial selection over the other techniques. 85% of people who voted against consuming genome editing or transgenics said that they would rather eat “natural products”. For most of this same surveyed, induced mutagenesis was the worst technique to be used for plant breeding. It is possible that they do not know that it is a common technique. For that reasons, our team found as necessary science communication with society. It is important to know the difference between what we eat and what we think we eat.

Figure 3. Knowledge about what transgenics are and the difference between them and genome editing.)

If we scientists are able to explain why all plant breeding techniques are equal on its outcomes, it is possible that people will accept gene editing and transgenics, allowing and even helping in a new and necessary revolution of crops.

Every child is a scientist

Kids are natural scientists. They have an enquiring spirit. They are very curious and aren’t afraid to admit that they do not know something. Exploring and drawing conclusions from their experiences allow them to build a more predictable world. That is why we think that childhood is the suitable moment to impress them the passion for research and knowledge. This way, it is possible to start educating society to analyze and interpret science, instead of rejecting innovation. If they understand, they will have the ability to receive change without fear. 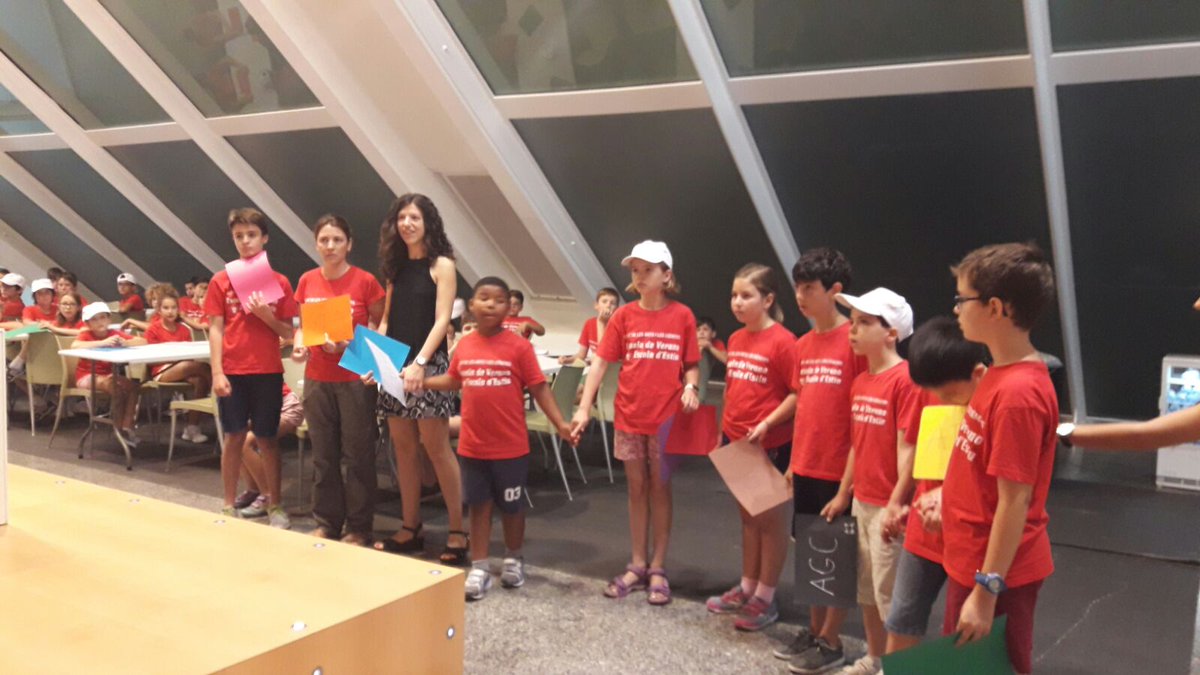 This summer, we have taken part of their adventure of learning at the Summer School of the City of Arts and Sciences from Valencia. They have been approached biological aspects from cell biology such as molecular genetics or the main biological processes – replication, transcription and translation. But we strongly believe that young children learn best through doing, so apart from a brief introduction, we have mainly focused on practical activities and games to strengthen the concepts as much as possible. They have had to adopt the role of the main enzymes such as polymerases and ribosomes to carry out the processes of transmission and expression of genetic heritage. To get this, we have proposed some games like creating a protein from a DNA sequence by adding amino acids, writing their names nucleotides based on an imaginary genetic code, or guessing the genetic similarities between different species.
With all these games we also wanted to impress on children the idea of what scientific investigation involves. Real examples of proteins and experiments were used to show that not everything works the first time, even in real organism, mutations and other errors occur. Furthermore, some experiments fall in a heap, so they had to find out what went wrong, guess why, and try again. And this is one of the main characteristics of science, it involves a lot of debate, talking and listening to others and meet group agreements and conclusions.
Children have very enquiring minds, thus they are always asking questions and wondering about what could happen before they do something, creating hypothesis in their minds. Those approaches are very interesting to be stimulated since young, in order to face reality with a critical thinking, but also to help people to build their own ideas and convictions and refuse non reliable statements.

But of course, we did not forget that we are iGEMers, so it was ineludible to talk with them about Synthetic Biology and all benefits that this field can contribute to society to make a better world. First of all, they were enquired about their ideas of what Synthetic Biology is, and we explained them the repercussion of biotechnology research on society with some fascinating examples. Nevertheless, we wanted them to catch the motivation and desire for creativity, so we proposed them to create their own organisms by using Synthetic Biology principles and all their imagination.

It has been clearly an enrichment experience for both children and us, which has provided us a different point of perception of biological sciences and how to face the problems with creative and innovative solutions. We must maximize children’s potential, because every child is a scientist. 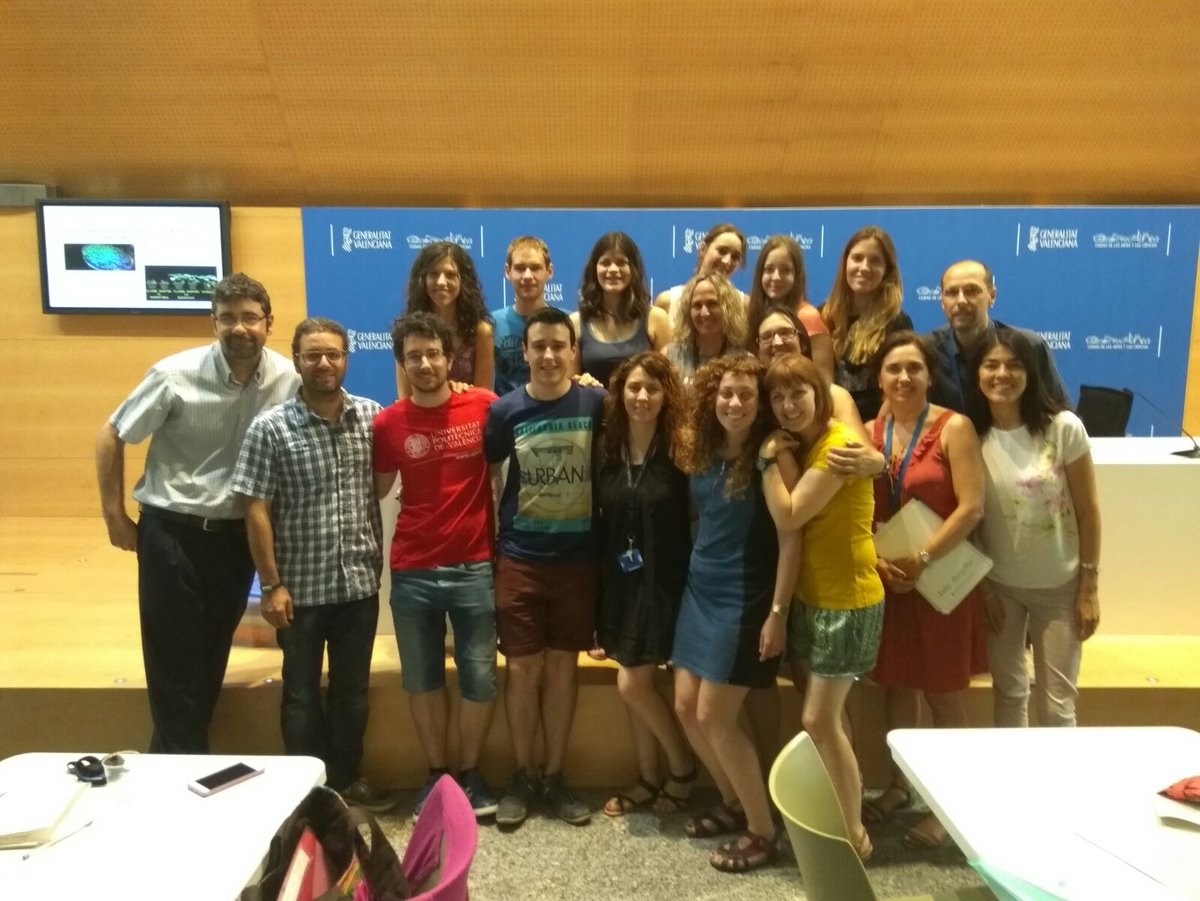 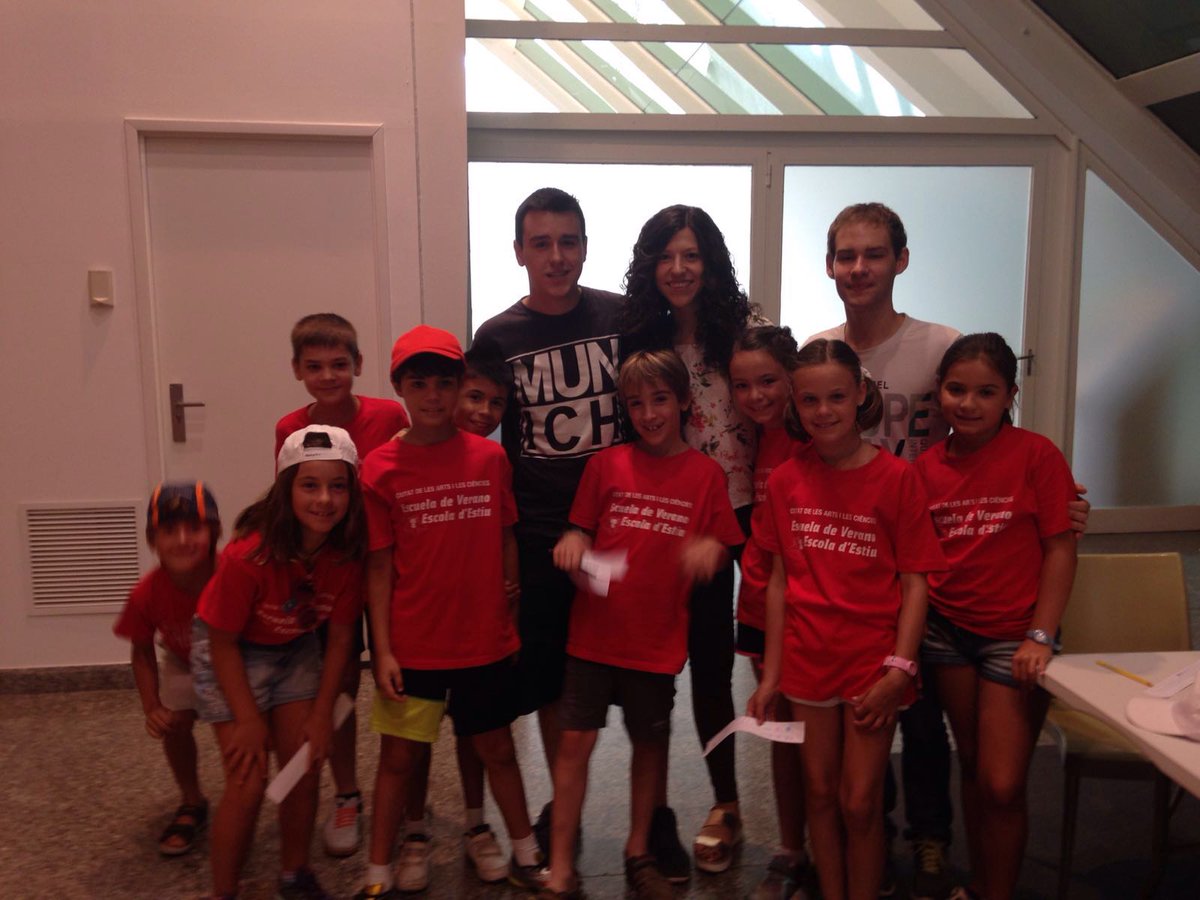 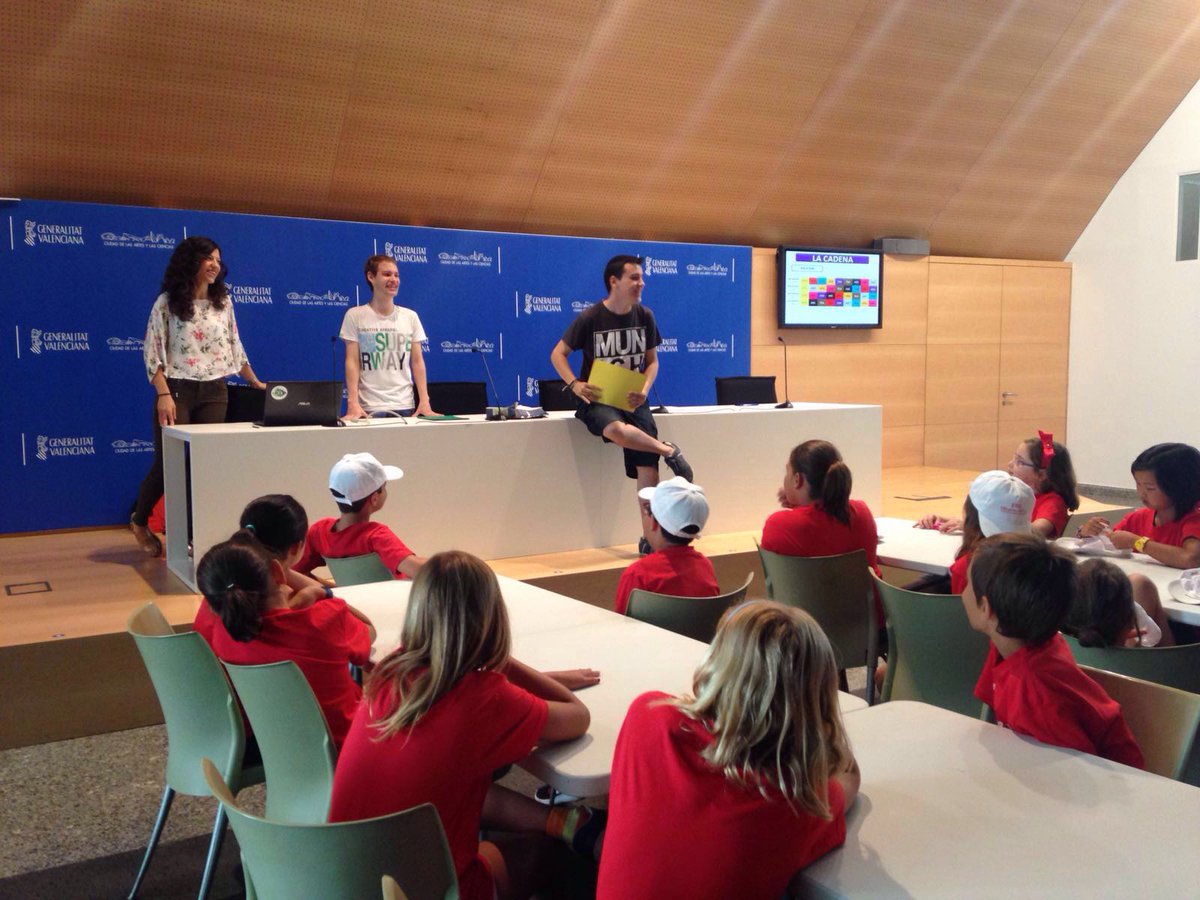 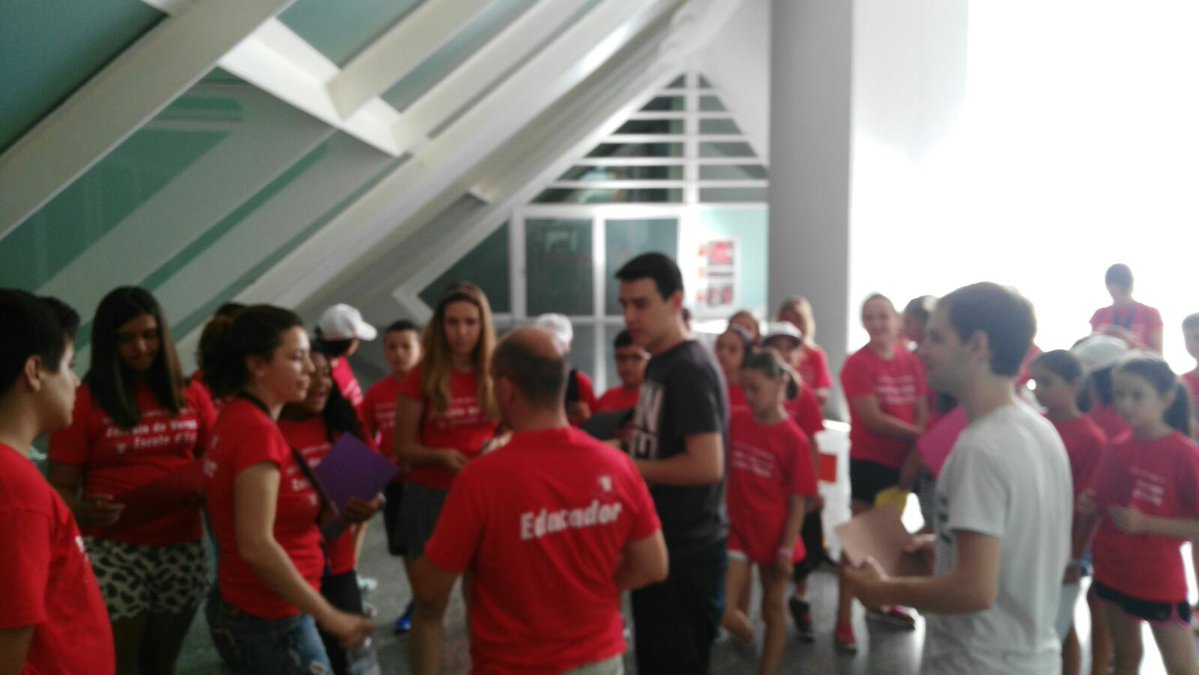 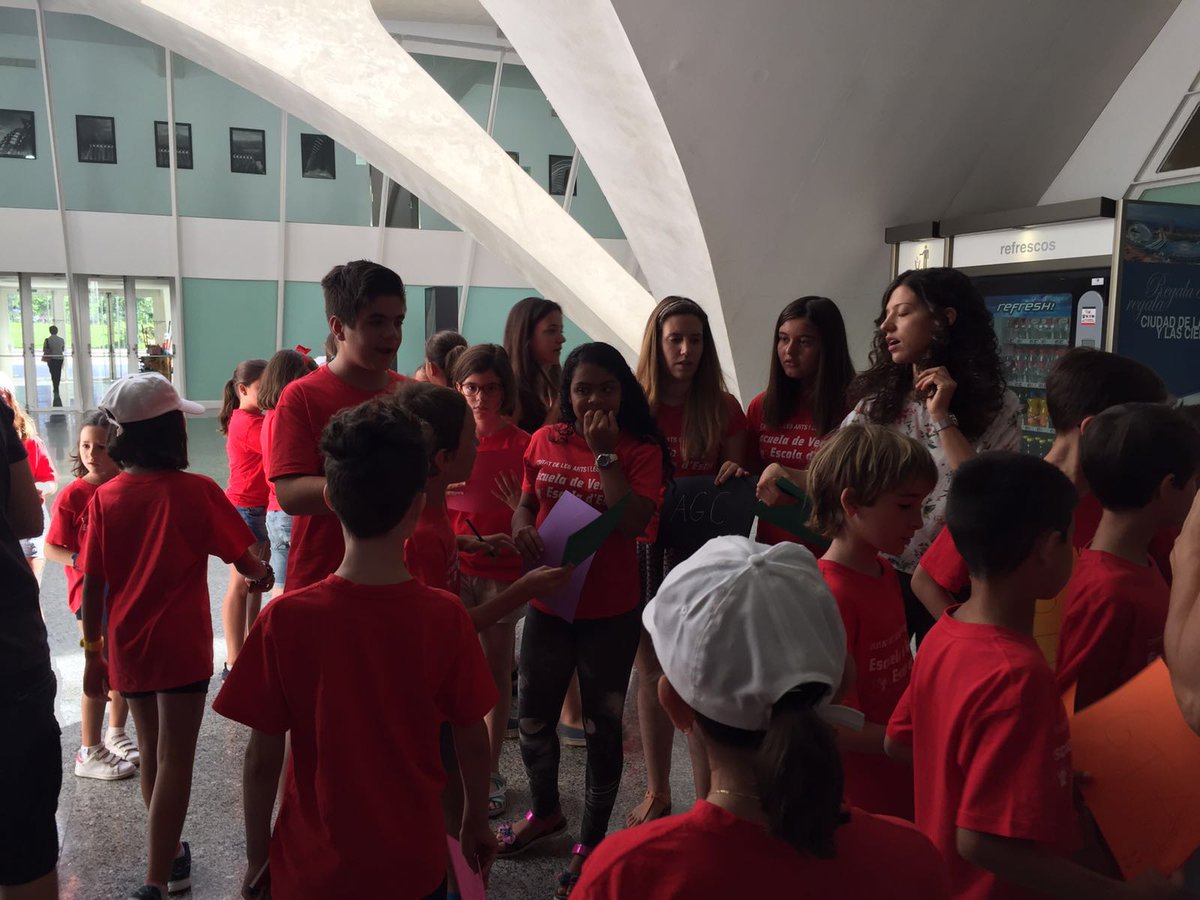 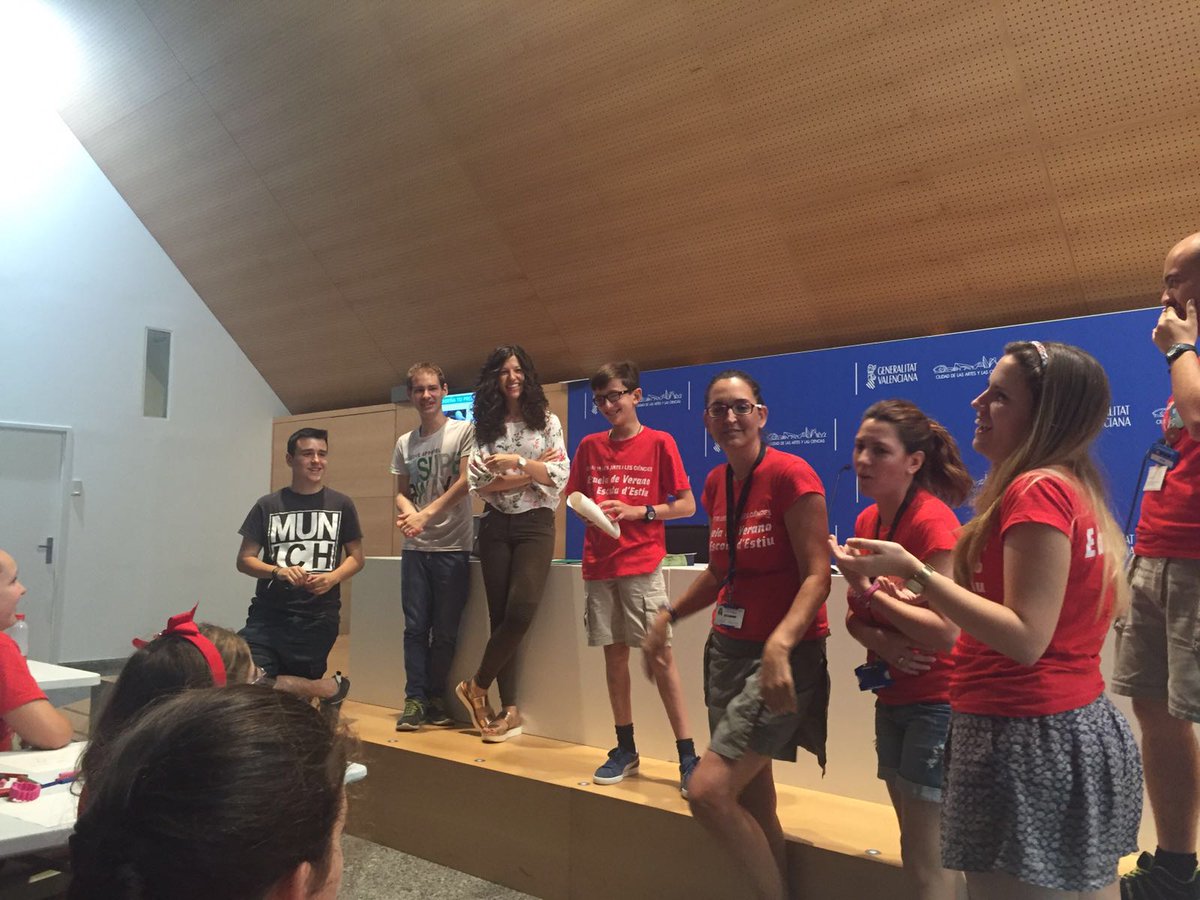 It is never too late to learn

Fear of innovation comes from ignorance. We believe that rejection of science advances as synthetic biology or crop improvement happen because non-expert people don’t know how these innovations works or what can they do for us now and in the future. For that reason, we decided to give a talk about synthetic biology. Its title was "Learning to program life".
The talk was given in a pub, as part of the initiative “Skepticals in the Pub” in Valencia, were each Friday people interested in the topic of the day reunite in a pub to learn more about the subject. The relaxed ambient and the dynamic talks serve as appeal for many people to go to the pub and learn about science by listening to experts in the field. Even if we are not true experts, we thought that our team was prepared to show how synthetic biology works and what impressive things can be done with it. 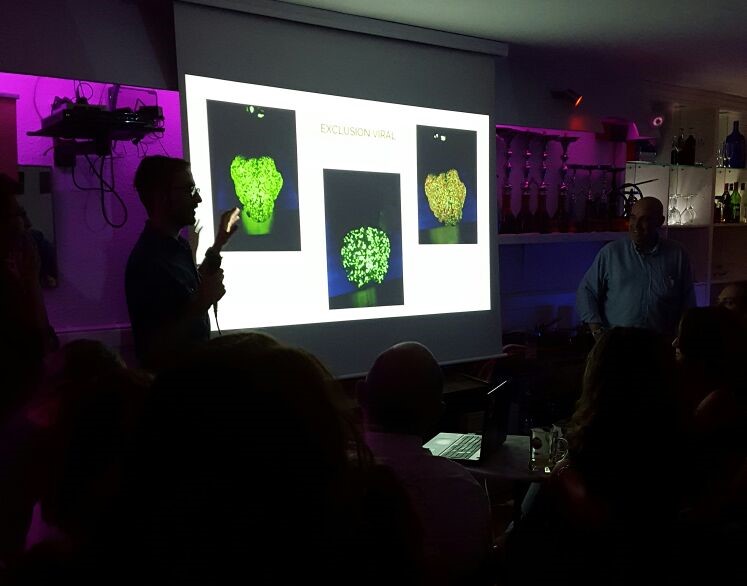 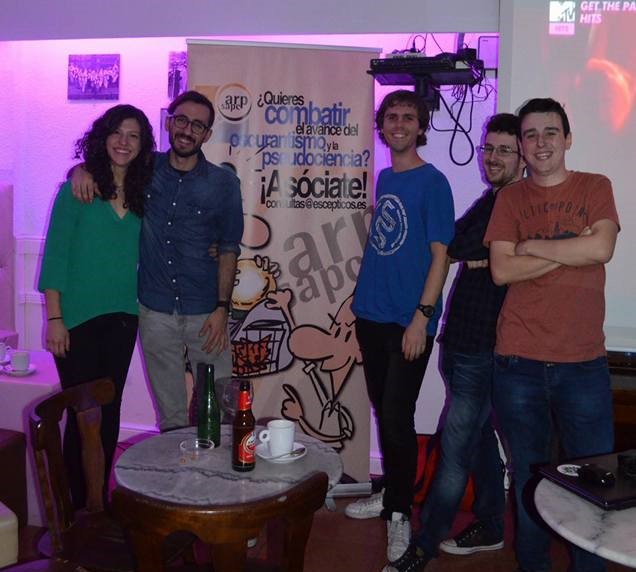 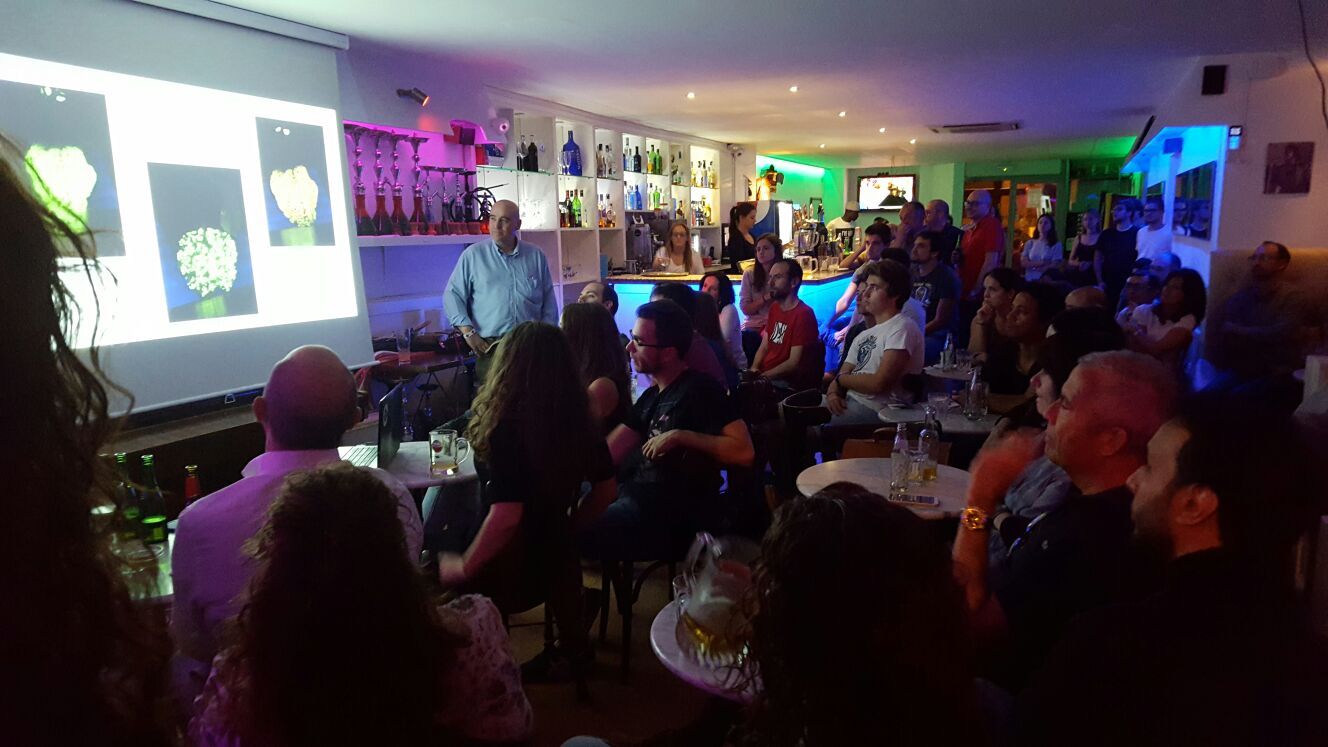 One of our proudest publications about our project is our post in the PLoS Blog, where we could explain and present our project in a specialized blog. Hopefully, our post could have reached many people which can be interested: HYPE-IT by Valencia UPV iGEM, Plos Blogs.

As a result of our social impact, many newspapers and webpages have published about HYPE-IT project. Many of them have highlighted the potential of the whole project, as well as the fact that all of us are high performance students.
Many valencian journals have published articles explaining the benefits that our project could provide to local agricultural areas in a near future. They also emphasize that CRISPR/Cas9 technology is just the beginning of targeted genome editing techniques. 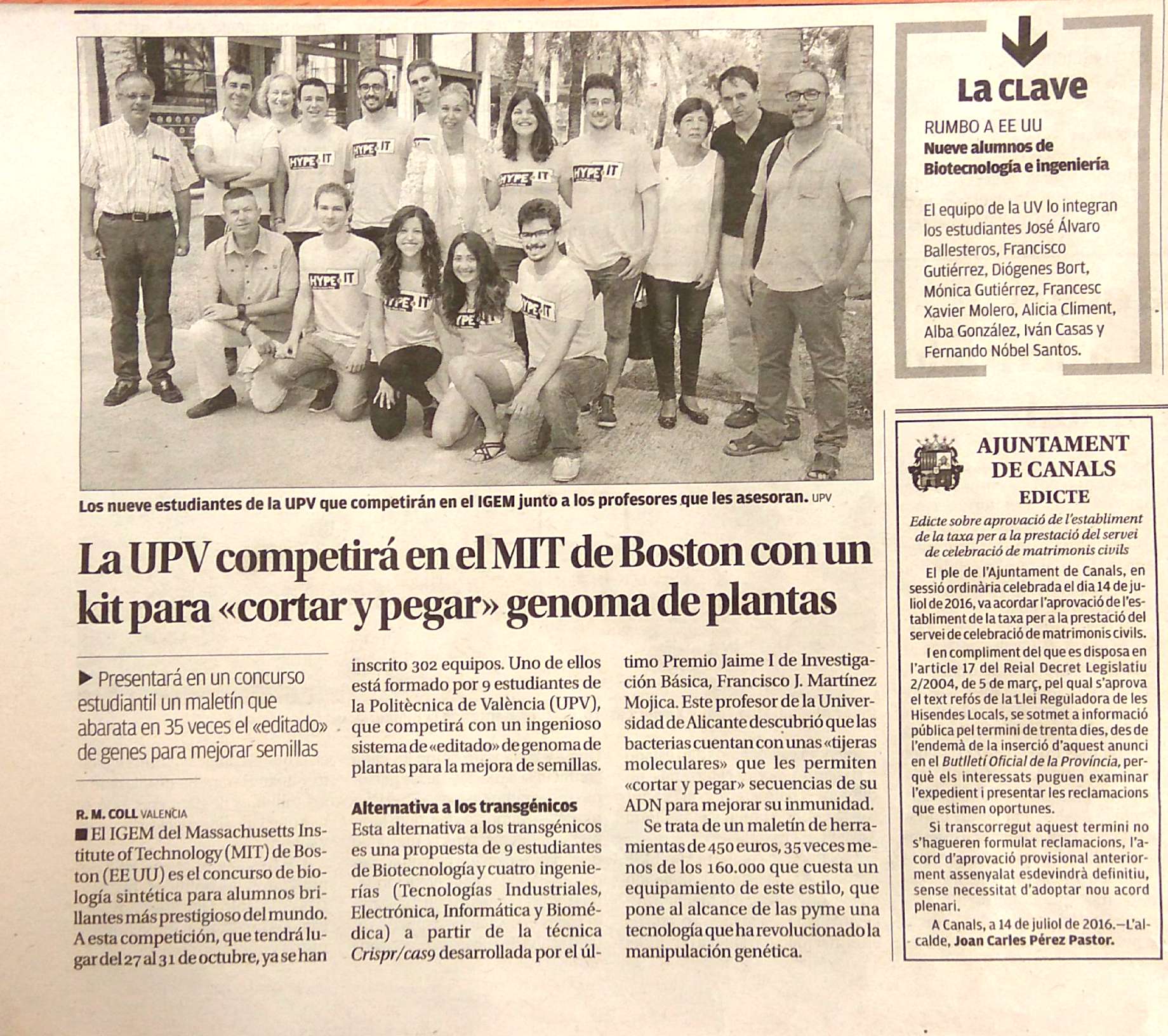 Polytechnic University of Valencia (UPV) is one of the best universities of Spain, especially in Engineering and Biotechnology areas. They strongly bet for student scientific researches. Generación Espontánea (Spontaneous Generation) is a student organization that pretends to gather different university teams leaded by undergraduates students. These teams participate in national and international contests and projects, and our iGEM team takes part in this organization.


Some valencian public institutions, as Diputació de València and CSIC (Superior Center of Scientific Research), have taken part in our project by offering support.

Interviews of the team by local newspaper and university news have been also published: