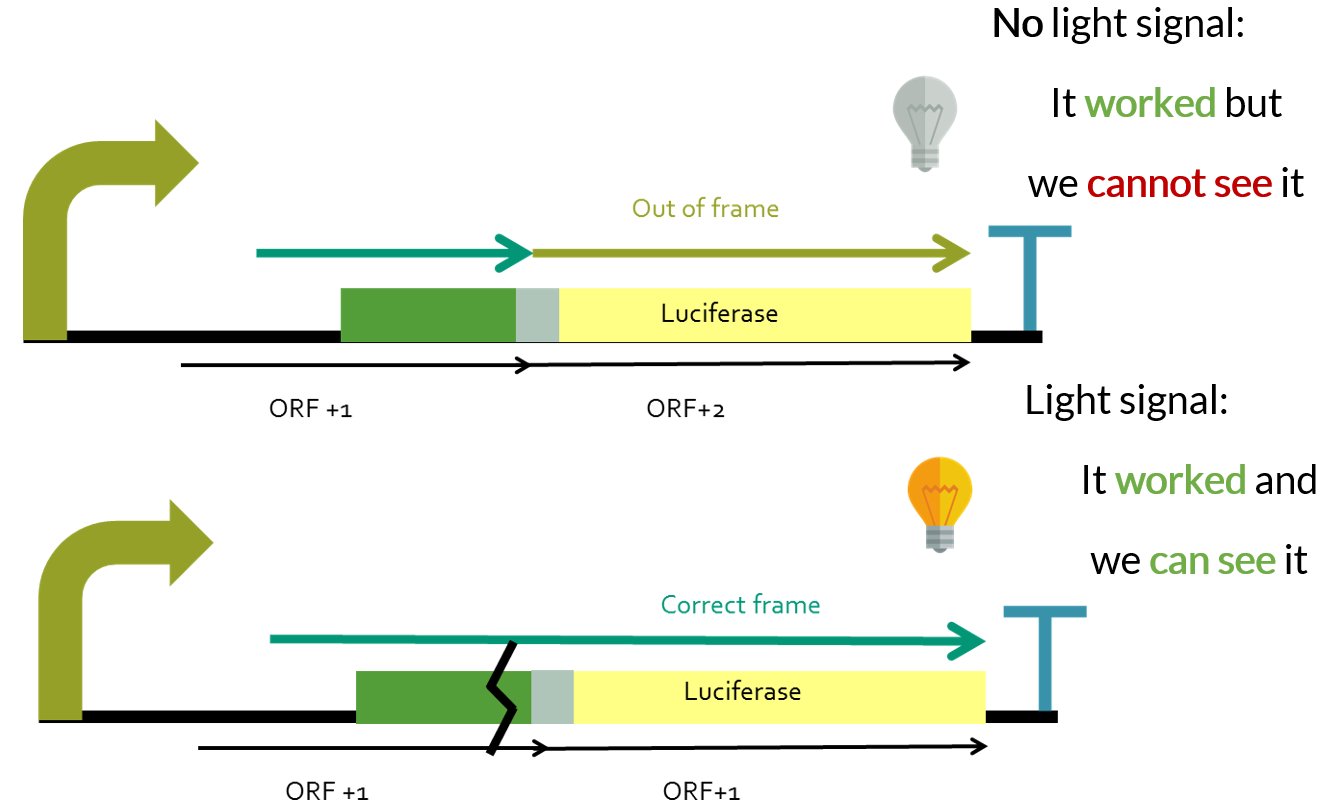 If the R-loop is completely established, then the complex Cas9:gRNA stays bounded to the DNA strand and Cas9 will cut the DNA sequence. This will lead in the loss of some base pairs that the plant cell will repair via Non Homologous End Joining (NHEJ).

Consequently, this loss may cause a change in the reading frame (TSOFF → TSON), and in the proteins produced by the cell from that moment, performing what is known as knockout.

Taking profit from this shift in the DNA reading frame, we included Luciferase after the genetic target.

Therefore, light signal emitted during Luciferase assays, will provide an output information about the whole process performed by CRISPR/Cas9 within the plant cells. As it relies on the target finding by the Cas9:gRNA complex, it is also a measure of the pair gRNA-target efficiency in order to knockout the undesired gene.

While the Cas9:gRNA complex is produced, it produces knockouts among the host genome. In our case, these knockouts are expected to improve the desired plant trait. In this section of the modeling, we wanted to study in silico if the suggested pair target-gRNA would work in vivo, obtaining a predicted number of knockouts performed in the Testing System construction for the time at which the Luciferase assay is performed.

The number of knockouts produced at measurement time t m will be:


The rates in last expression mean:

Values for parameters kr and Pcomplex,target are related to diffusion and thermodynamics, respectively.

After the complex interacts with a target, it changes it sequence. The cut performed by Cas9 takes place in the PAM-proximal region, avoiding the possibility of a new zip-union with the gRNA to form the R-loop again. Therefore, knockouts cannot be represented as off targets or on targets anymore, as binding to the gRNA will not be thermodynamically feasible because of base pairs rearrangement.

In our Testing System strategy, we rely on the reading frame shift to let Luciferase be transcribed. However, this event will not always be likely to happen. There are three possible reading frames and the resulting one after the Cas9 cut, is unknown. This created the necessity of estimating the probability that the resulting frame after the Cas9 cleavage and NHEJ reparation, was the correct for Luciferase transcription.

Consulting bibliography about frequency of indels in Nicotiana benthamiana, we could gather information about this phenomenon. Results showed barely any difference between the three possible results (ORF+1, ORF+2 and ORF+3). Therefore, the probability that our Testing System would express Luciferase was PON≈1/3. 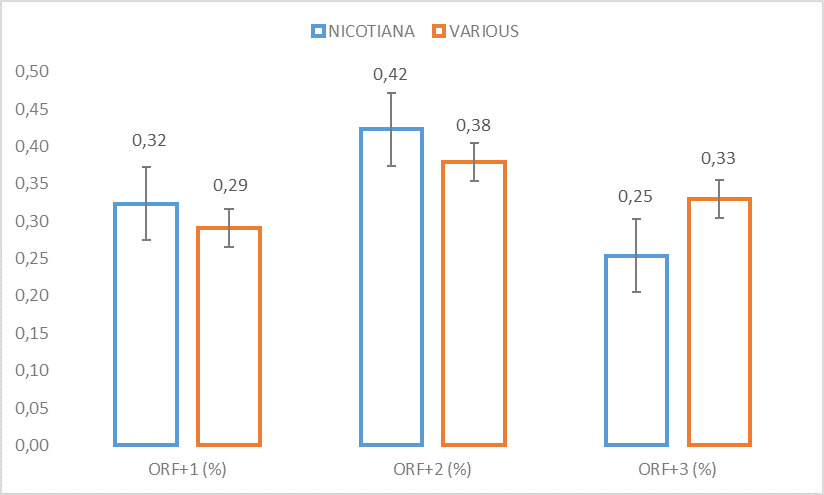 Figure 14. Estimation of probability associated to each one of the possible resulting reading frames after Cas9 knockout. Blue bars represent experiments performed only with Nicotiana, while orange bars depict results obtained working with various plants.

Analysis of bibliographic data determined that the probability that our Testing System would express Luciferase was PON≈1/3. Further experimental results in the future will allow to fully validate the model.