Our team worked to improve the characterization of a CMV promoter, BBa_I712004, part from the iGEM Registry. This part originated from the Heidelberg 2009 iGEM team as a “constitutive” promoter that could be expressed in HeLa mammalian cells. The cytomegalovirus (CMV) promoter is commonly used for gene expression in mammalian cells.

As part of our characterization, this part was also directly compared to several of our Gemini library plasmids, more specifically: BBa_K1875014, BBa_K1875015, BBa_K1875016 and BBa_K1875018. These new parts were co-transfected into HEK293FT cells with a dCas9-VPR expression vector and the corresponding gRNA expression vectors, and then assayed using flow cytometry. We measured fluorescence of the CMV promoter device relative to these devices.

Parts BBa_K1875014, BBa_K1875015, and BBa_K1875016 correspond to three of our single operator promoters driving GFP. In addition to these we compared the CMV to three of our Gemini library plasmids with three multimerized operator sites upstream of a minimal promoter driving GFP, one of which was submitted to the iGEM registry under the code BBa_K1875018. Flow cytometry found that five of the six Gemini parts we compared to the CMV fluoresced anywhere between half as bright to five times as bright as the CMV.

The experimental procedures used in this assay involved measuring fluorescence using Mean Fluorescence Intensity (M.F.I.). Thus, the absolute values are arbitrary units, and cannot be directly compared to other expression systems unless re-tested in the same context. Our experiment, however, does reveal the relative strength of the CMV promoter device as compared to both of our well-characterized parts. 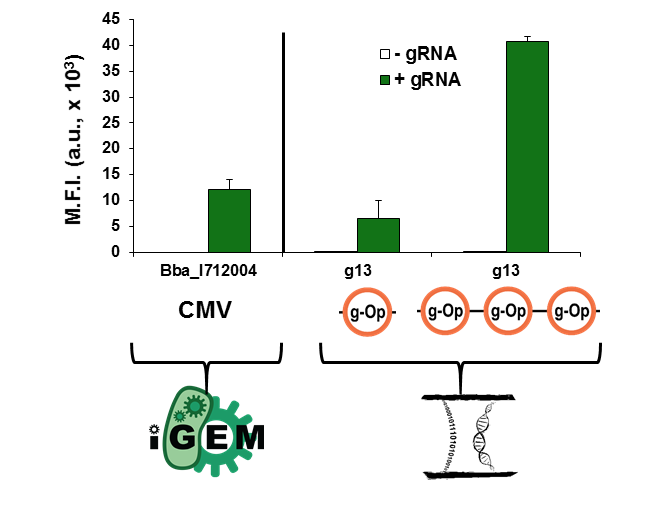 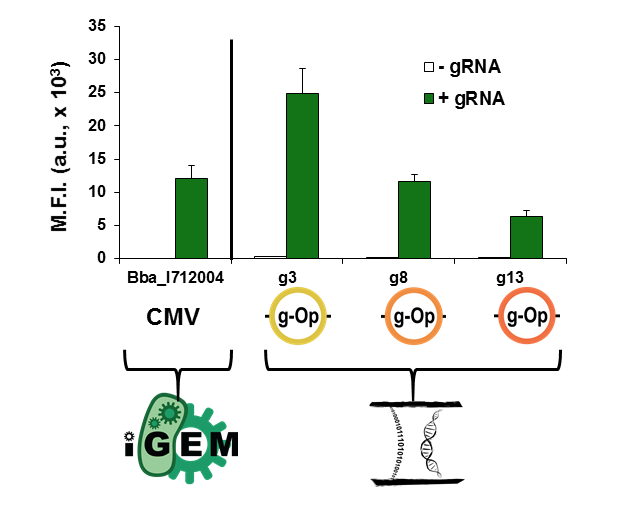 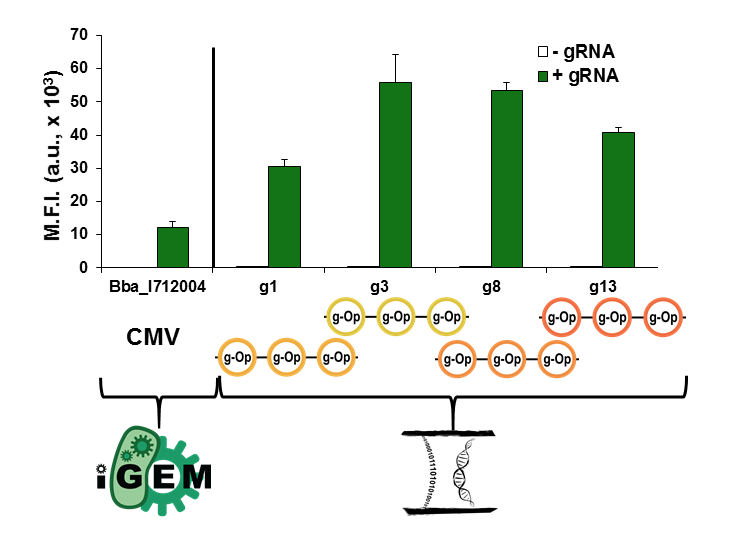