Click on a picture to view that person's biography.
Jeffrey
Kami
Rachel
Will
Marisa 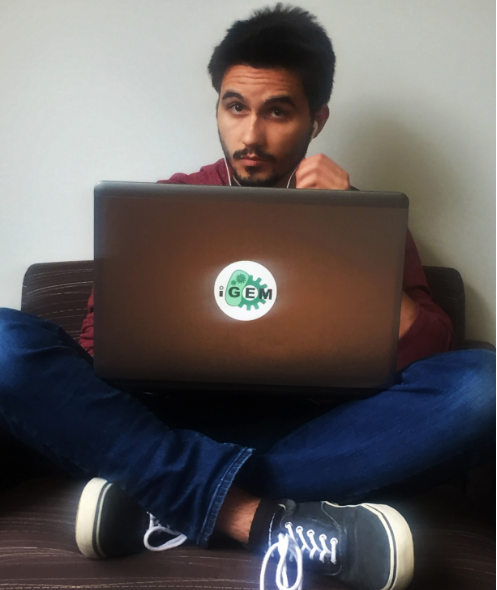 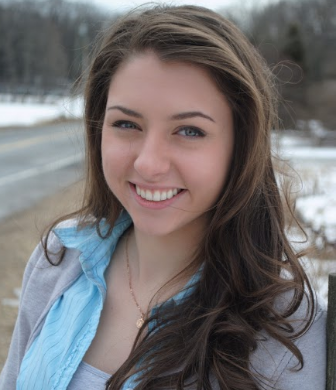 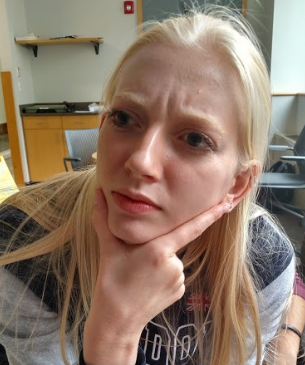 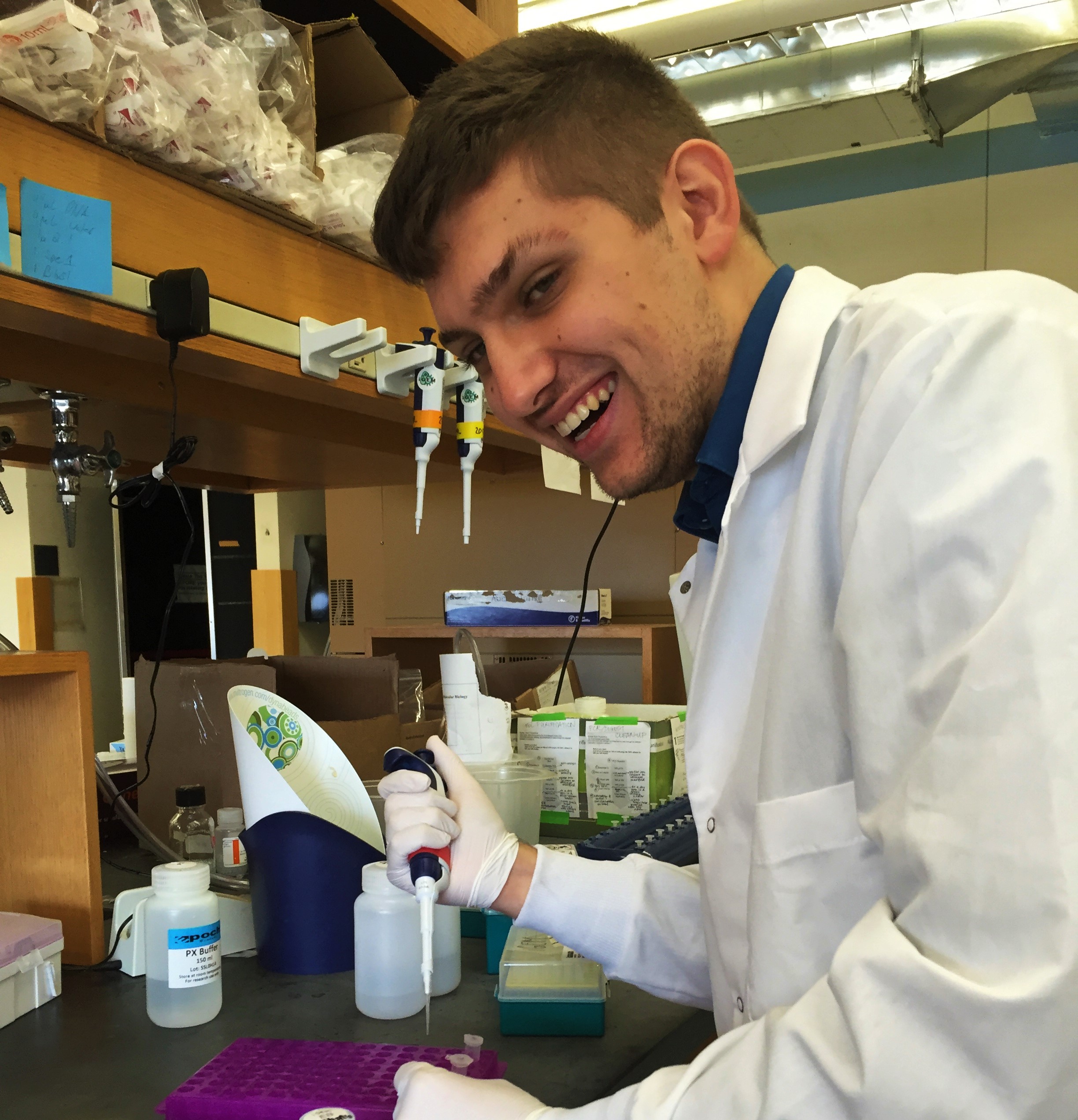 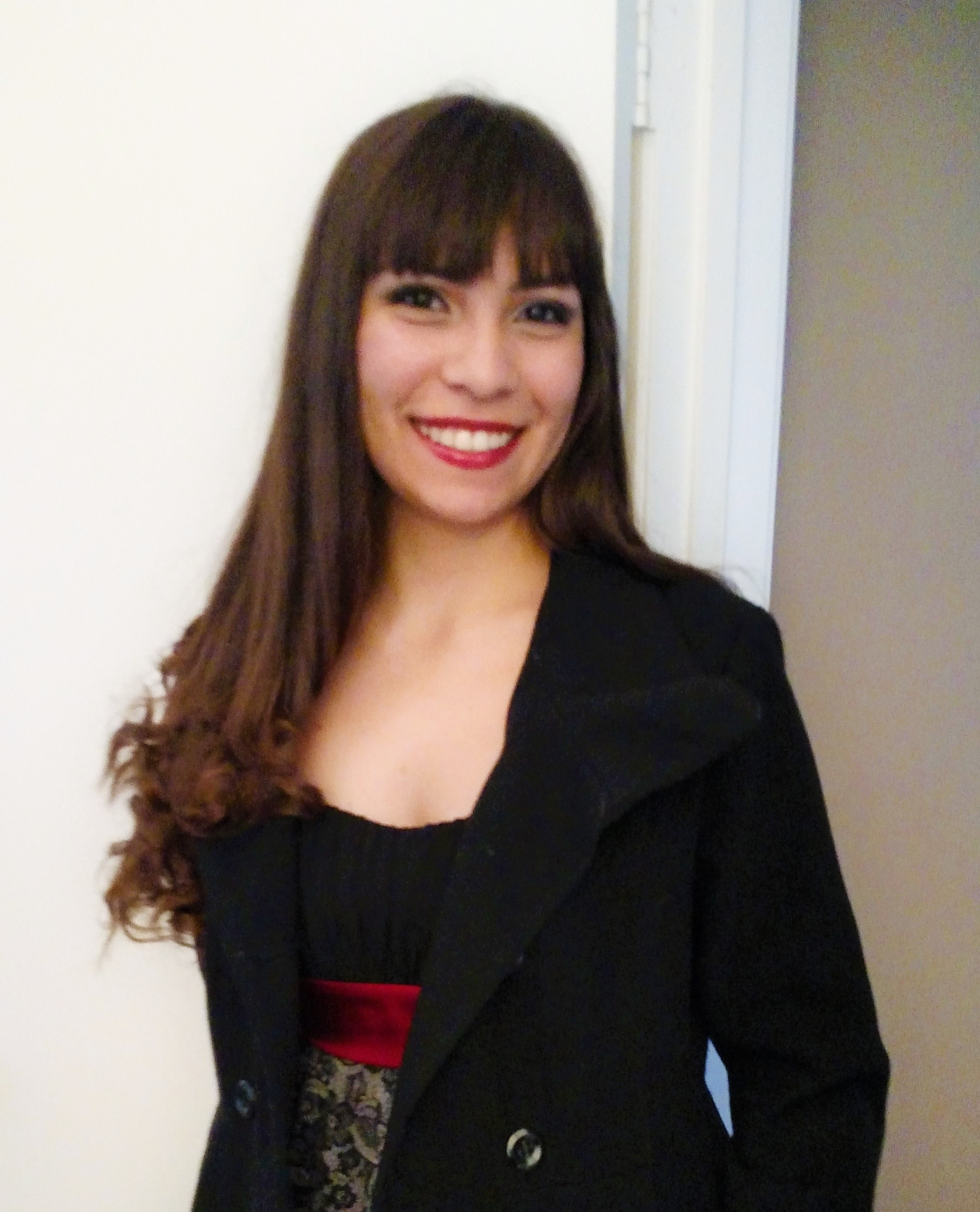 Jeffrey is a junior studying biomedical engineering. He was first turned on to the idea of participating with the iGEM team when he started working in Wilson Wong’s lab under the mentorship of Ben Weinberg in January 2016. He has nothing but extreme gratitude for the opportunity they have given him to grow as a scientist. Jeffrey intends to go on to graduate school doing a PhD in epidemiology and infectious diseases. His dream is to work with the CDC or WHO doing work in the field of tropical diseases, and ultimately take his experiences and teach a new generation of scientists. In his spare time, Jeffrey is an avid musician performing at bars and restaurants in both Boston as well as back in Westchester, NY. A fun fact about Jeffrey is that he has a twin brother, Jason, and he is an avid collector of art. Jeffrey's work with the iGEM team focused on the development of the genetic logic circuit used in our work as well as the writing you see on this wiki and co-authoring the bioethics forums. In addition, he, along with the rest of the team, worked on the cloning that built the Gemini Library.

Kami is a senior studying biomedical engineering. She has worked in the Tissue Microfabrication Laboratory under Prof. Chris Chen since her sophomore year and decided to join the iGEM team to gain some insight into how synthetic biology could play an important role in the field of tissue engineering. She aspires to a career in medicine. In her spare time, Kami enjoys chasing after balls on the volleyball and tennis courts and painting masterpieces on canvas. When the sun is out, you’ll find her hiking or quadding through the trails of Vermont, and overall just enjoying the tranquility of nature. A fun fact about Kami is that she does not have an appendix. Kami's work with the iGEM team focused on mammalian cell culture for transfections, data analysis, and the design of the images and figures used by BostonU. In addition, she, along with the rest of the team, worked on the cloning that built the Gemini Library.

Rachel Petherbridge is a sophomore studying biomedical engineering. She became interested in iGEM after spending a summer working with the CRISPR/dCas9 system in the Khalil Lab in high school. This interest grew when she took a position as an undergraduate research assistant in the same lab this past January Rachel plans to pursue a PhD/MD to become a medical researcher and practitioner, and eventually, a teacher. In her spare time, you can find Rachel in the FitRec center either taking a dance class or working out to stay in shape, involved with the BU Model United Nation events, or hanging out with Arrows-U, the undergraduate WISE club on campus, where she is Vice President. A fun fact about Rachel is that she is a dual citizen of both the US and UK, which explains her penchant for tea and Marmite on toast for breakfast each morning. Rachel's work with the iGEM team focused on the plasmid designs of the Gemini Library and data analysis. She is the co-author of our blog, "Who Owns What," and our bioethics forums. In addition, she, along with the rest of the team, worked on the cloning that built the Gemini Library.

Will is a junior studying biomedical engineering. He participated in iGEM in order to learn how research is conducted and gain the ability to perform useful lab techniques. Will hopes to continue on to grad school, pursue a PhD, and someday work in the field of DNA technology. He is highly interested in the field of synthetic biology both for its potential to solve real world problems and for its "design and build" nature. Outside of the lab, Will also has a strong interest in creative writing, and he enjoys writing stories as a hobby. Fun fact: Will plays the electric violin. Will's work with the iGEM team focused on the development of the wiki. In addition, he, along with the rest of the team, worked on the cloning that built the Gemini Library.

Marisa Mendes is a junior studying biomedical engineering. She joined iGEM because she wanted to gain experience working in a lab to help her decide if she wants to pursue a research-oriented career path. As a child, she remembers looking at her hands and wondering what hands were made of and what allowed them to perform simple day-to-day tasks. She knew biomedical engineering was a subject she needed to pursue when she saw a brief news report that cardiac tissue had been synthesized in a lab and was able to pulse like a human heart. Now, she wants to mass-produce synthetic tissues to replace malfunctioning ones. When she is not playing the role of a student researcher, you can find Marisa in a theatre designing lights for her next production. Fun fact: the first time Marisa traveled away from her home in Southern California was for her freshman orientation at BU. Marisa's work with the iGEM team focused on our outreach projects, including coordinating with the Living Computing Project, and editing all written work, scientific or otherwise. In addition, she, along with the rest of the team, worked on the cloning that built the Gemini Library. 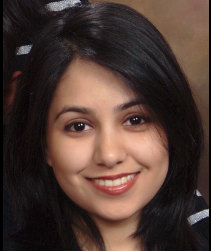 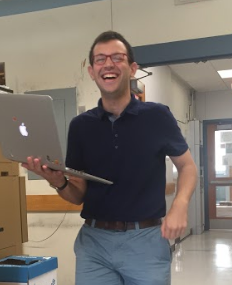 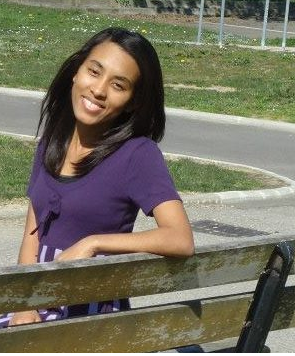 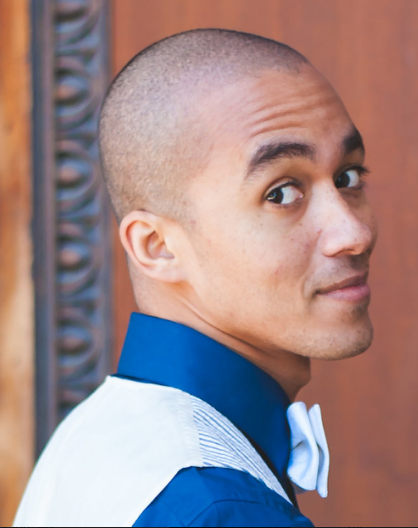 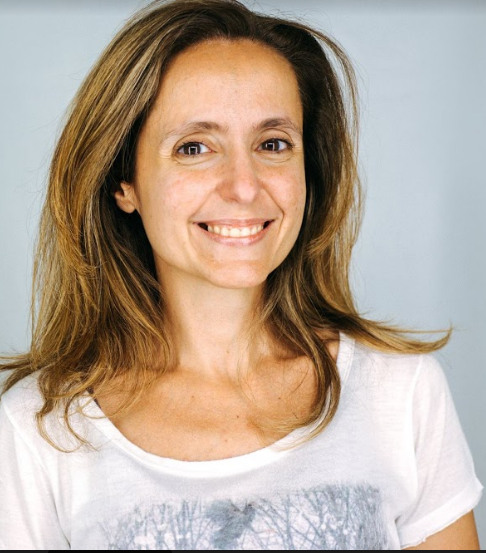 Divya is a 4th year PhD student in the Biomedical Engineering department at Boston University. She conducts research in Dr. Mo Khalil’s laboratory developing new transcriptional regulatory systems in mammalian cells, and is interested in applying synthetic biology to cure complex genetic diseases. Divya is originally from California and completed her Bachelor’s degree in Bioengineering at UC Berkeley in 2013. She is an iGEM alumnus herself, having participated as a student on the 2012 MIT iGEM team. Outside of lab, Divya helps run the BU Graduate Women in Science and Engineering chapter and a science club for girls at a local after-school program. She enjoys mentoring students, reading, baking, and traveling.

Ben is a 5th year PhD student in the Biomedical Engineering department at Boston University. He conducts research in Dr. Wilson Wong’s laboratory building novel genetic tools for logic and cellular computation in mammalian cells. Ben is originally from Connecticut and completed his Bachelor’s degree in Biomedical Engineering at Boston University in 2012. This is his second year being involved with iGEM! Outside of lab, Ben enjoys reading, traveling, and tending to his community garden.

Leidy D. Caraballo conducts research and assists graduate students in cancer immunotherapy projects in the Wilson Wong Lab and has been doing so for the past three years. She received her Bachelor’s degree in Chemical Engineering at Universidad Autonoma de Santo Domingo (UASD), DR, and specialized in Biochemical Engineering at the INSA Toulouse, FR. She is particularly interested in applying Synthetic Biology and Molecular Biology principles to develop safer, more effective therapeutic tools, especially for cancer treatment. This is her first year working with iGEM. She loves God! She currently speaks fluent Spanish, English and French, and would like to learn four more (her goal is to speak at least seven!). She also enjoys visiting museums, parks, and aquariums; reading; cooking; and going to church. Her trouble shooting key: Prayer.

Luis Ortiz is a 4th year PhD student in Doug Densmore's CIDAR group. CIDAR focuses on developing CAD tools for automation in Synthetic Biology and will soon be building an industry-level automation pipeline that will be the East coast hub of the Global Biofoundry Consortium. Luis is particularly interested in leveraging this software and hardware infrastructure to expand which protocols can be adapted to automation. He is originally from NYC but received his B.S. in Biology from the University of Florida. Since then, he has worked in a number of research positions ranging from gene therapy using AAV, to high-resolution 3D volumetric imaging of the murine brain. Outside of the lab he loves to travel, eat good food, and skydive!

Marilene Pavan is a biologist and technological innovation management specialist with over five years of experience in molecular and synthetic biology research, both in industry and academia. She loves challenges, her most recent being her move from Brazil to Boston. She is now working as Lab Manager for CIDAR lab and is part of the Living Computing Project, working on cell free systems, microfluidics, and automation projects. What draws Marilene to the field of synthetic biology is that both the people and the implications of her work have opened up avenues in both biotechnology and medicine, and this desire to help those in need is a core tenant of Marilene’s philosophy. In addition to the atmosphere of scientific discovery, Marilene has found a secondary family among both CIDAR labs and the iGEM Team. Her hobbies and interests are photography, cooking, travelling, and social and environmental affairs. She is most happy being with her family and friends. She is married to a very supportive husband and has two adorable kids: a cat and a dog. Fun fact: one of her dreams is to learn how to play the drums. 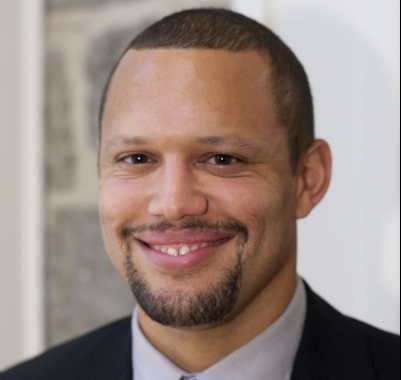 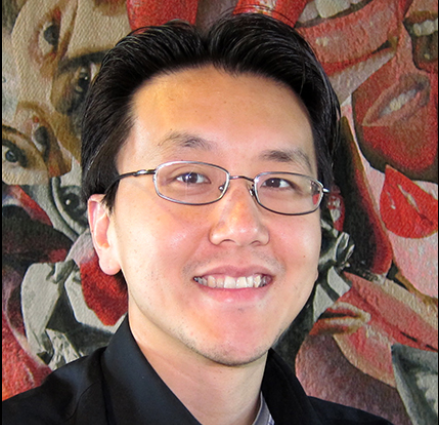 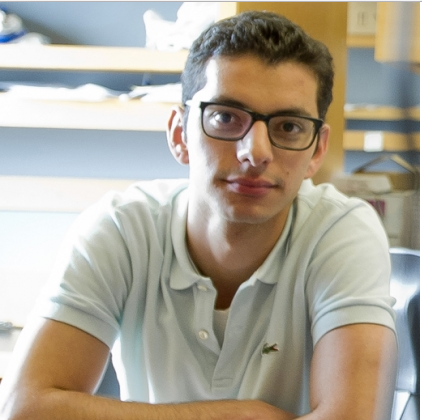 Douglas Densmore is a Kern Faculty Fellow, a Hariri Institute for Computing and Computational Science and Engineering Junior Faculty Fellow, and Associate Professor in the Department of Electrical and Computer Engineering at Boston University. His research focuses on the development of tools for the specification, design, and assembly of synthetic biological systems, drawing upon his experience with embedded system level design and electronic design automation (EDA). Extracting concepts and methodologies from these fields, he aims to raise the level of abstraction in synthetic biology by employing standardized biological part-based designs which leverage domain specific languages, constraint based device composition, visual editing environments, and automated assembly.

Wilson Wong is an Assistant Professor of Biomedical Engineering at Boston University. He is the recipient of the NIH Director’s New Innovator Award and the BU Engineering Dean’s Catalyst Award. He was an American Cancer Society Postdoctoral Fellow with Dr. Wendell Lim at UCSF in cellular and molecular pharmacology. He completed his PhD at UCLA with Dr. James Liao. Wilson is interested in applying metabolic engineering and immune cell engineering to rapidly and predictably engineer desired properties in human immune cells to treat diseases.

Mo Khalil is the Innovation Career Development Assistant Professor of Biomedical Engineering at Boston University. He is the Associate Director and a Founding Core Member of the Biological Design Center, and is also a Visiting Scholar at the Wyss Institute for Biologically Inspired Engineering at Harvard University. He was an HHMI Postdoctoral Fellow with Dr. Jim Collins at BU working in systems & synthetic biology. He completed his PhD at MIT with Drs. Angie Belcher and Matt Lang in molecular biophysics & engineering. Mo is fundamentally interested in developing synthetic genetically-encoded molecular networks to study how cellular systems behave and evolve in diverse environments.