The iGEM Community is founded on the principle of tool and skill proliferation. With the Registry of Standard Biological Parts ever expanding, there still exists a need to unify the assaying techniques and results used by synthetic biologists to characterize these parts. 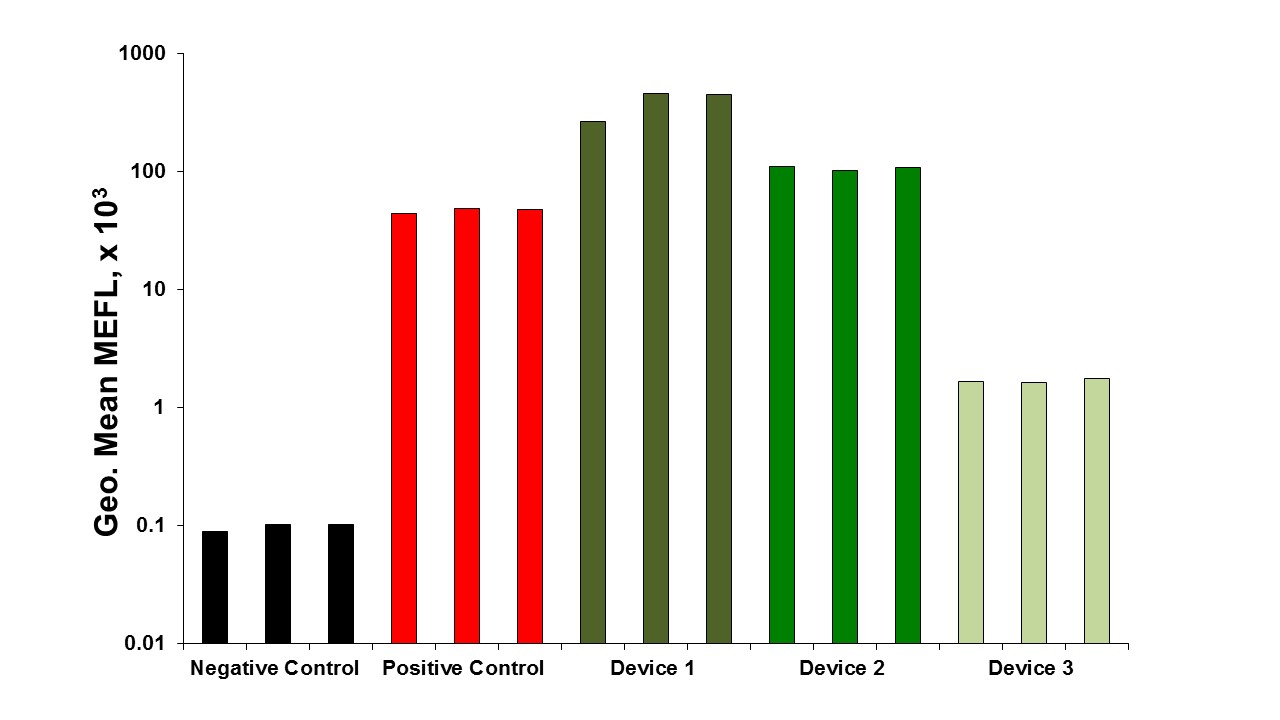 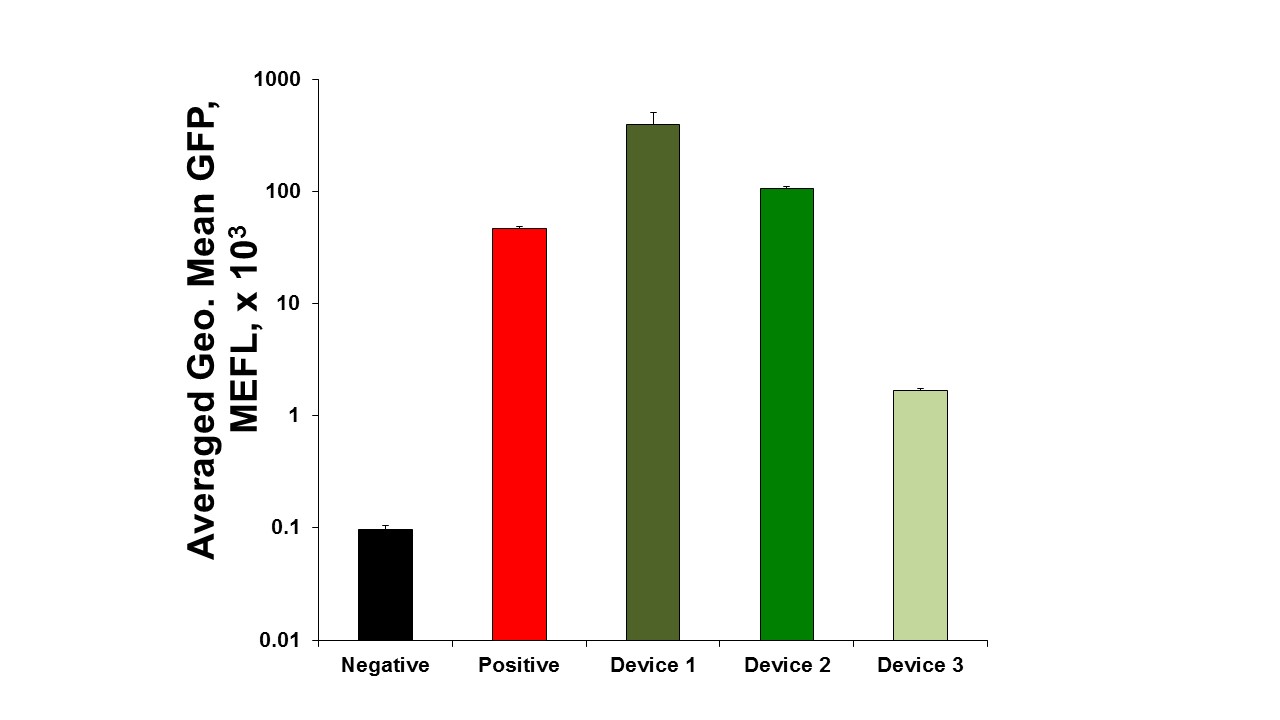 In the second graph the arithmetic mean of the sets of geometric means were taken and the standard deviation were plotted for the five devices.

Based on the two graphs it can be shown that the fluorescence in increasing order went as followed: Negative, Device 3, Positive, Device 2, and Device 1. Based on the arithmetic means graph, it can be stated that the measurements were consistent across the biological triplicate with minimal deviations.