Our team decided to participate to the 2016 Interlab Study.

The goal of the 2016 interlab study was to obtain GFP fluorescence data from iGEM teams all around the world for three devices. This was aimed to permit to observe the result repeatability across technics, strains and teams.

After transformation in TOP10 E. coli strain with the devices furnished by the H.Q., we obtained clones for all the devices. We checked the fluorescence of our isolated clones (Figure 1).

Before the measurement of our samples, we had to calibrate and define the standard curve. So, for that, we did:

The ludox solution was used to calculate a correction factor between the measured value and the reference value. 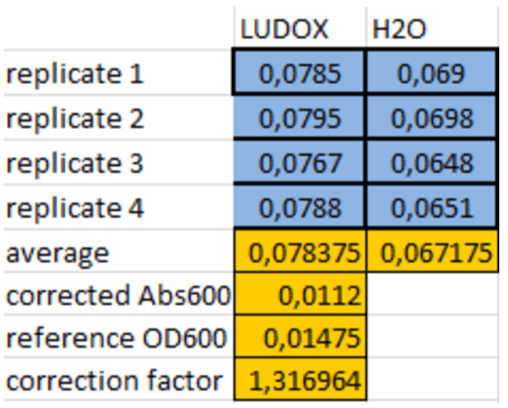 We did measurements of ludox solution and found a correction factor of 1,316964 which caracterized the difference beetwen the OD600nm measured and the standard OD600nm.

It would allow us to convert our absorbance measurements into standard OD values.

We created a standard curve with several dilutions of FITC solutions and obtained: 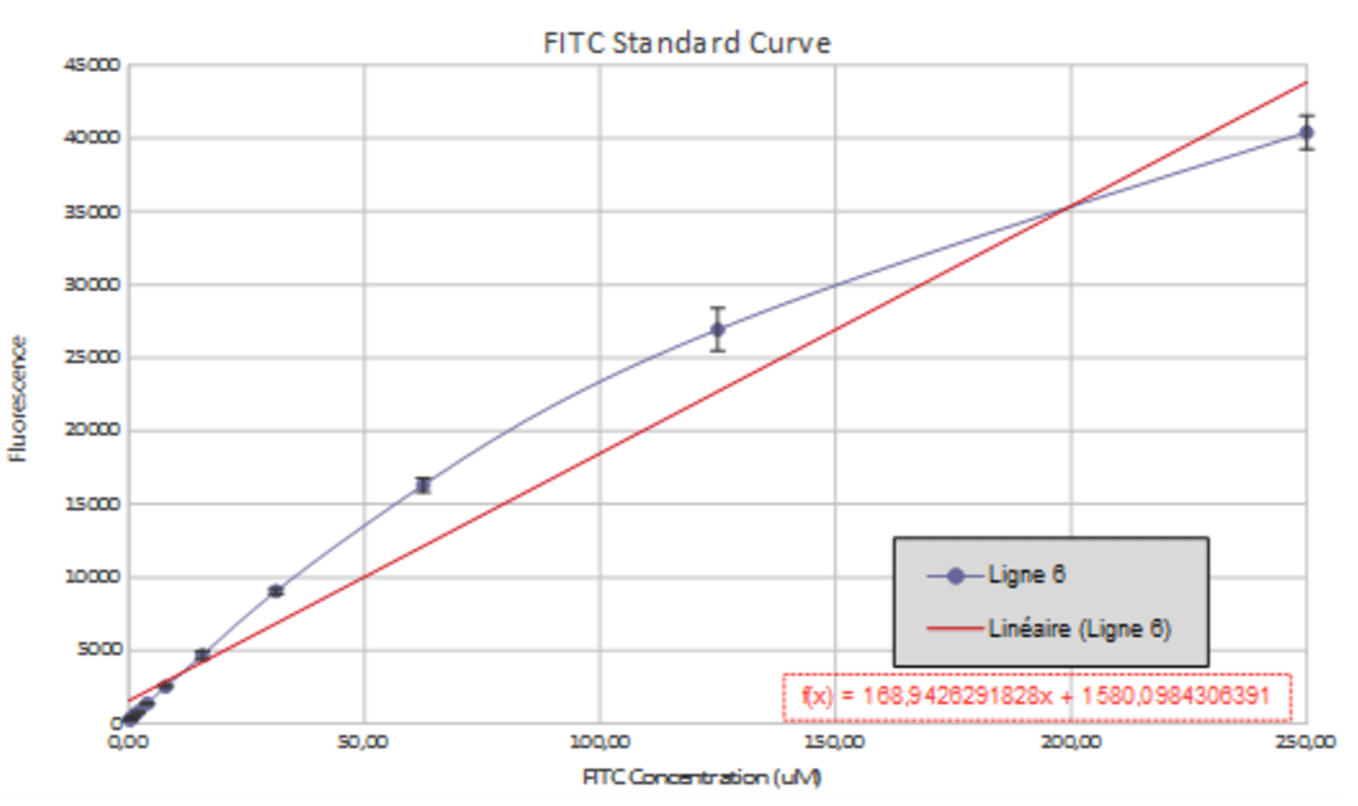 This standard gave us the proportionality between the fluorescence value and a number of FITC molecules.

We tried differents parameters like orbitals and gain, to find the most linear standard curve.

After an overnight culture, we measured the OD600nm and calculated the volumes needed to prepare for each device an 0.2 OD600nm culture.

Following the protocol from IGEM HQ, we decided to do our measurement in 0.5X Terrific Broth (TB) medium (at half strength).

Our team achieved the cell measurement of all samples and the obtained result is below.

All the samples were grown in 0.5X TB medium with a working concentration of chloramphenicol at 30ug/mL.

Meanwhile, we found that the addition of sorbitol and betaine in the TB medium improve the protein expression according to the article of R. Horgan et al.[1] Therefore, we decided to do the same protocol but we add betaine and sorbitol before the culture. The result is presented just beneath.