What can a signal filter apply to? Let us take the treatment of lactose intolerance for example.

Lactose intolerance refers to the inability of digesting lactose, mainly caused by intestinal lactase deficiency. Lactose malabsorption or hypolactasia is a common condition caused by a low lactase activity.

Normally, lactose is hydrolyzed to monosaccharide (glucose and galactose) by lactase located in the intestinal epithelial cells before its absorption. Thus, when the body suffers lactase deficiency, unabsorbed lactose comes to the colon and can be fermented by bacteria there, which leads to the production of some gases (carbon dioxide, hydrogen, methane, etc) and some short chain fatty acids (lactic acid, acetic acid, etc). These fermentation products, especially the acids, stimulate absorption of water and sodium and cause various abdominal symptoms like watery diarrhea and metabolism disorder [1]. 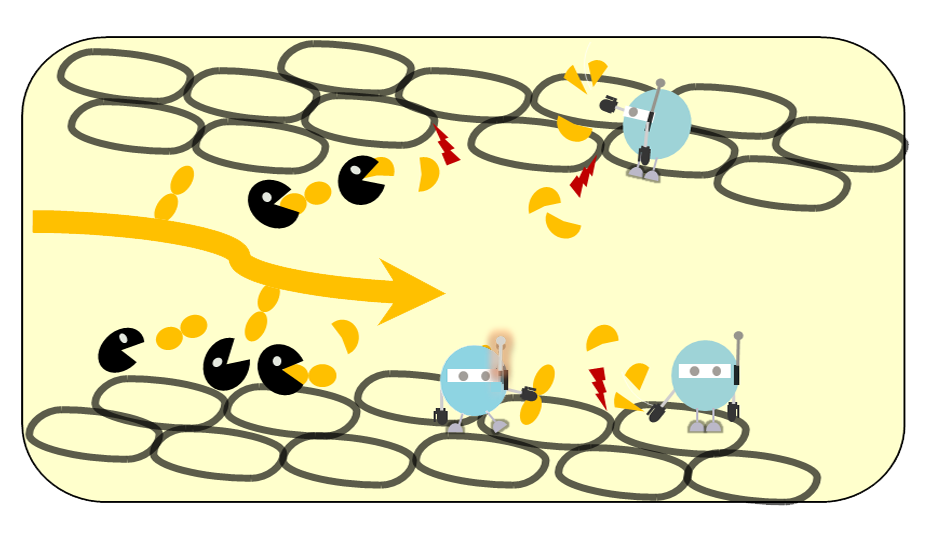 According to the origin, lactose intolerance can be classified into three main forms: congenital, secondary and adult type. Congenital lactase deficiency is a very rare and severe autosomal recessive disease in which the enzymatic activity is very low or absent since birth [2]. Secondary lactase deficiency is a transient condition deriving from intestinal damage secondary to other causes such as small bowel bacterial overgrowth, infections, celiac disease, Crohn’s disease, or radiation enteritis. Adult type lactase deficiency, the most common type, is an autosomal recessive condition resulting from a developmentally regulated change of the lactase gene product, responsible for reduced synthesis of the precursor protein [3]. In about 70% of the worldwide general population, lactase activity decreases below a critical threshold between the ages of two and five years. This is the most frequent cause of enzyme deficiency [4]. The rate of adult type lactase deficiency varies among ethnic groups (e.g., Asia 80% to 100%, Africa 70% to 95%, USA 15% to 80%, and Europe as a whole 15% to 70%) [5]. Therefore, lactose intolerance is a problem which deserves people’s attention.

Nowadays, the main treatments of lactose intolerance are as follows. The First is avoiding lactose-containing foods. For example, drink lactose-free milk or yogurt instead. However, this solution can’t settle the issue from the source and may lead to nutritional imbalance. The second way is improving body’s ability of digesting lactose by lactase supplementation. However, the cost of lactase production is too high. Engineered bacteria provides a new aspect for the treatment of lactose intolerance. The gut bacterial microbiome, particularly its role in disease and inflammation, has gained international attention with the successful use of fecal microbiota transplantation (FMT) in the treatment of Clostridium difficile infection [6]. FMT is the process of transplantation of fecal bacteria from a healthy individual into a recipient. By transplanting our genetic engineering bacteria by the process similar to FMT, our project tends to solve the problem.

Creation based on Signal Filter

In our bi-stable switch of prokaryotes, we set the example gene 1 as iLDH and gene 2 as beta-galactosidase. For sensing the signal, we choose lactose inducible promoter plac (mutant) and base inducible promoter patp2 (works when the pH of microenvironment is about 7~9). Thus, after the engineered strains are transplanted into the recipient, it will function as an automatic intestine guard. When body intakes large amounts of lactose, iLDH will be expressed to transform lactic acid into pyruvate, and reduce the acid irritation to intestine. When the environment in intestine comes back to normal condition (pH 7~9), iLDH expression will stop while β-galactosidase will be expressed to degrade lactose and also accumulated for next lactose intake, achieving the supplementation of lactase. The system has two main advantages. Firstly, it realizes the threshold control. Secondly, the mechanism of positive feedback strengthens its robustness and persistence. 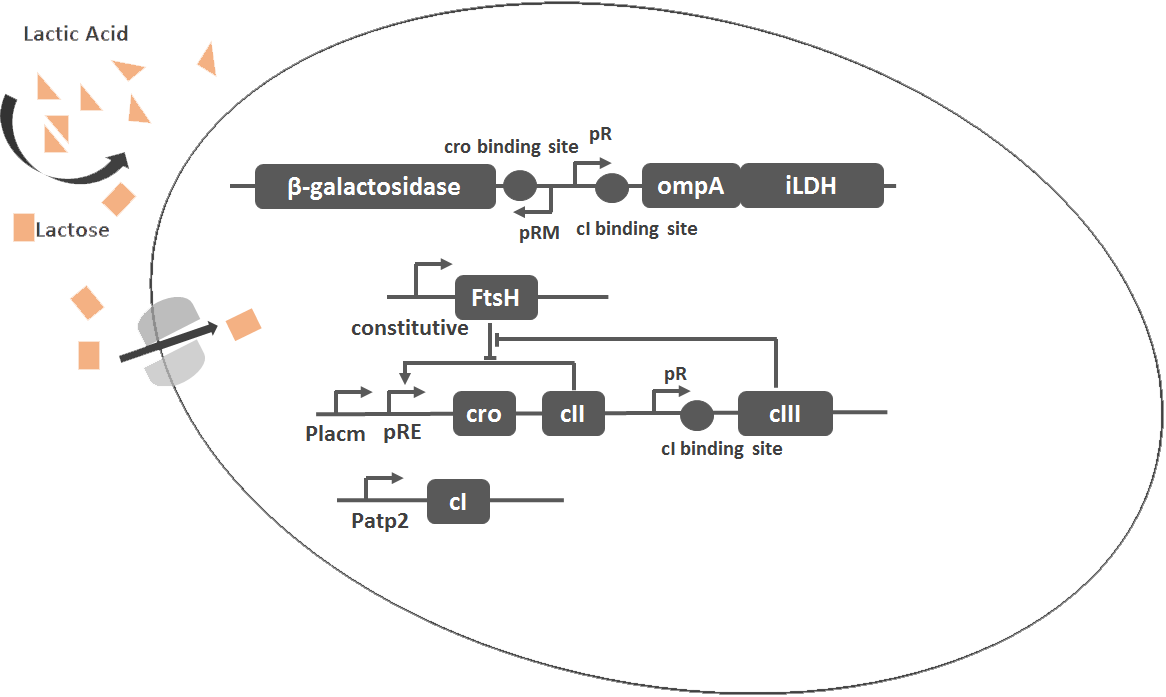 The application of our positive feedback switch is not restricted in the management of lactose intolerance. It shows its capability in the control of multi-microorganism fermentation, measurement of some pulse signal and so on. In next step, we may compare our bi-stable switch with original ones to confirm its advantage and apply it to more issues.